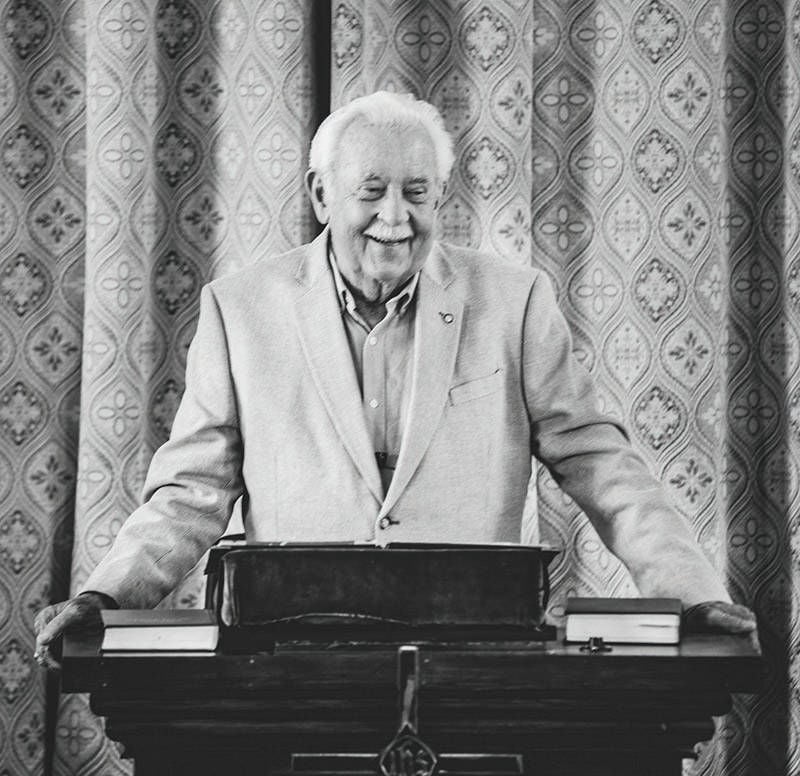 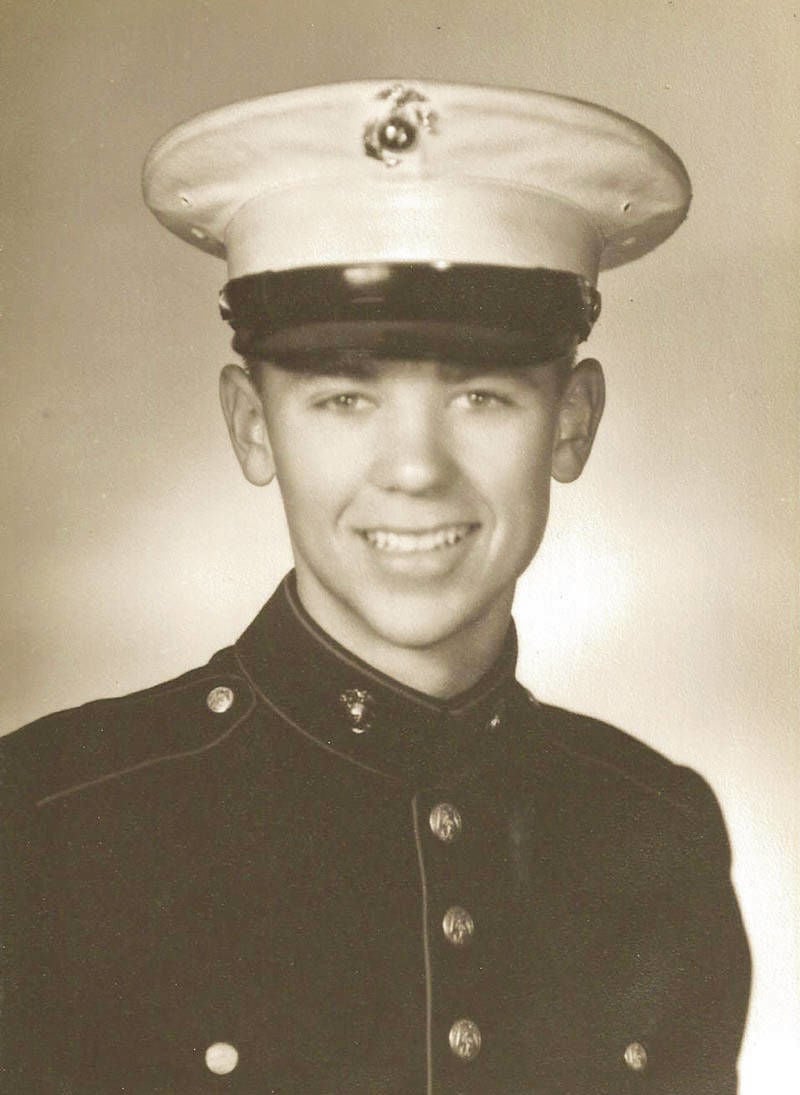 Bob attended graded schools in St. Johnsbury and graduated from St. Johnsbury Academy in the Class of 1949 playing football and baseball. He was very fond of all sports and enjoyed watching sports on the television.

Bob was a very proud Marine serving for three years in the Corps during the Korean Conflict as a gunner. He always wore his Marine pin.

College degrees came after his Marine service with a BS degree in Education from the University of Maine at Farmington, a Master of Divinity degree from Bangor Theological Seminary, and ordination in 1961. In 1966 Bob re-enlisted serving as an Air Force Chaplain for three years with one year in Vietnam.

While in Vietnam, Bob was part of a group to establish the Cam Ranh Christian Orphanage. All those children were safely removed to Texas. Bob often wondered where the children ended up and what happened in their lives.

In 1976, Bob and Elizabeth (Pearl) were married in the former North Congregational Church Manse on Nov. 28. They would have celebrated 44 years of marriage in November.

In 1992 the family moved to their farmhouse in North Danville where Bob did numerous part-time jobs such as limo driver, school bus driver, clothing salesperson, substitute teacher, Danville Town Lister, Justice of the Peace, Director of First Night St. Johnsbury, and too many others to name! Those “odd” jobs were all enjoyed!

Bob was an avid reader of various subjects and enjoyed riding his Harley when he was well. A highlight was his ride up and down Mount Washington. For his 70th birthday, he celebrated by sky diving with an accelerated free fall. He loved it! He also tried his hand at hang-gliding and, again, loved it, as well as flying in a glider!

Bob was a Corporator at NVRH, assisted as chaplain at NVRH in prior years, and was a former member of Kiwanis. He was also a former Chaplain for the Goffstown NH Police Department. He was active in the Toys for Tots Drive.

He has been the part-time pastor to the North Danville Baptist Church since 2006; a job he thoroughly enjoyed with all the wonderful parishioners, along with the chicken pie suppers, wonderful donuts, and other events.

Bob is survived by his wife, Elizabeth (Pearl), their very special adopted daughter, Carrie (Sargent) Tanguay and her husband, Mike, of Brunswick, Vt., where they operate a dairy farm. He is also survived by three children from a previous marriage: Bradford, Lee Ann, and Sheri as well as eight grandchildren and 10 great-grandchildren. A special niece, Jill Simmons and her husband, Skip Gray, and Bob’s sister-in-law, Peggy Pearl, as well as two nephews and their families. He was predeceased by his sister, Joyce Sargent Simmons Nickerson; his parents, and a niece, Barbara Simmons.

There will be no formal memorial service but a private burial will be held at a later date. Thanks go to Sayles Funeral Home for their assistance. Condolences may be left for the family at www.saylesfh.com.