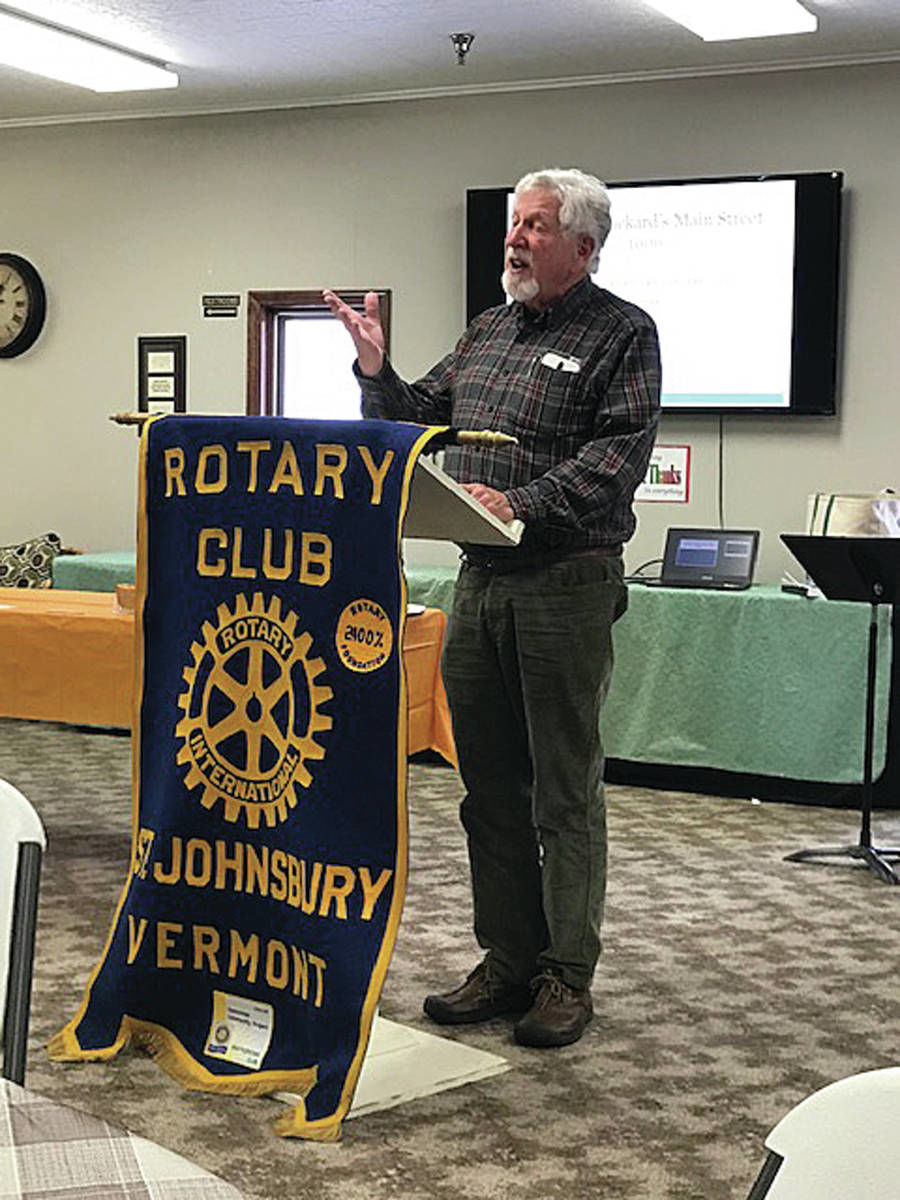 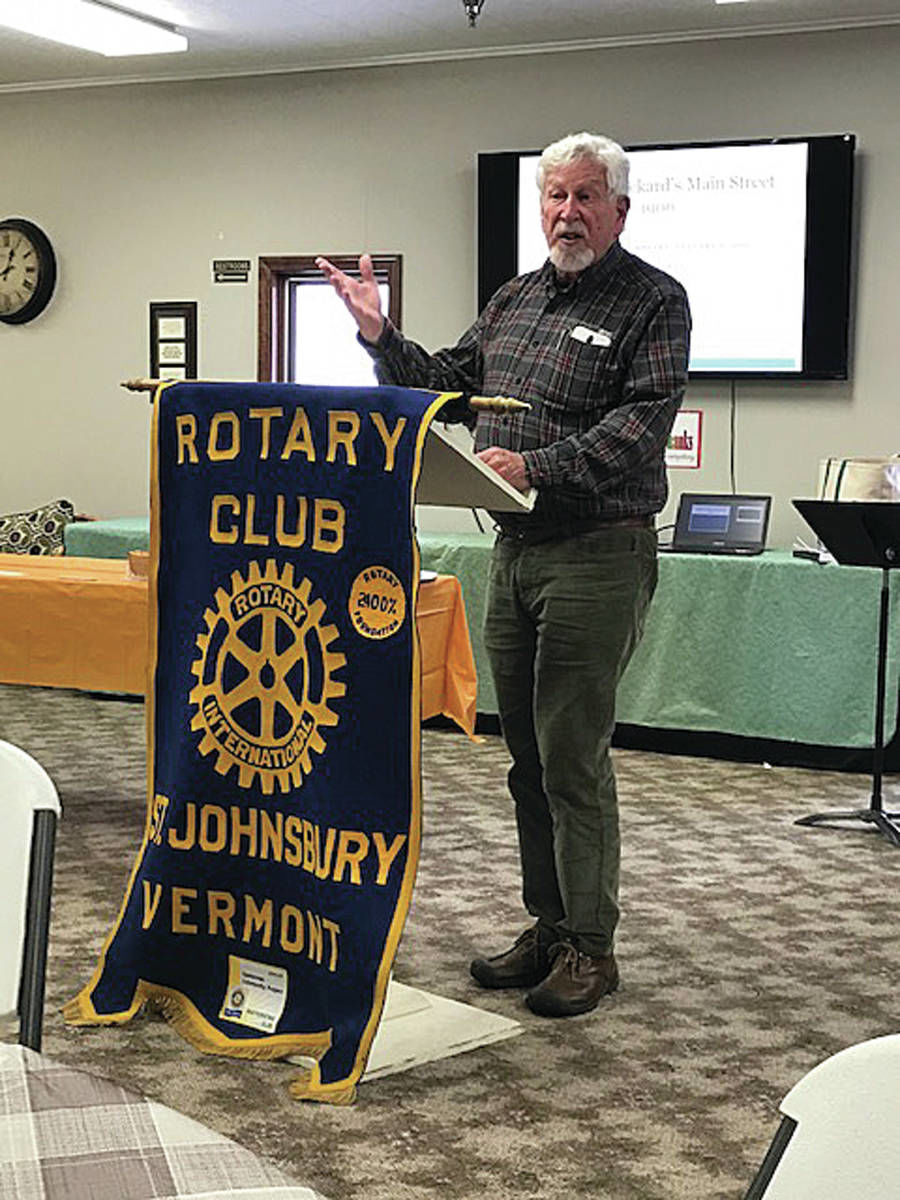 Packard, an architect and engineer, was born in Coventry, Vt., and lived in Waterford, before learning the carpenter’s trade and working for engineers and architects in Massachusetts. He and his family moved to St. Johnsbury in 1866, where he was employed as a foreman by E. & T. Fairbanks & Company (brothers Erastus and Thaddeus), building most of the historic homes and buildings still standing in St. Johnsbury today. As the Fairbanks continued to grow business in town, Packard kept adding buildings, including several residential homes, in strategic areas, most predominantly, the length of St. Johnsbury’s Main Street.

The south end of Main Street featured the North and South halls (1872-73); what is now St. Johnsbury Academy. The original buildings burned in 1956 and 1926 respectively. Brantview (which means “High View”) was constructed in 1883-84.

Packard did renovations to the interior design of the South Congregational Church in 1888. The church was a focal point of the community before Packard arrived in town.

Packard also built the YMCA (Young Men’s Christian Association) in 1884. The building was located at the upper end of Eastern Avenue. This structure, along with five other Main Street buildings Packard constructed, were destroyed by fire (North and South halls, the Sanborn building, and the Opera House). The rest of his Main Street buildings remain to this day.

Interspersed with all these architectural creations along Main Street were private homes: from south to north, the Mary Evans Packard House (1895); the Trull and Noyes houses (1881); the John W. Balch House (1895); Idlewood (1874); the Charles H. Stevens House and Barn (1891); the Warren Estabrook House (1897); and the Lucien Hazen House (1887). All and all, Packard constructed approximately 200 buildings in the St. Johnsbury area.

When Packard came to town, the houses in town were simple in design. Queen Anne houses were coming into style, so Packard incorporated this into his designs, evident by some of the homes along Main Street, including Brantview and the Warren Estabrook House.

The museum was done in the Richardsonian Romanesque style, with detailed, multi-leveled brick work, terra cotta decorations, Romanesque arches, octagonal towers and more. Packard used these characteristics throughout his many building designs in St. Johnsbury.

Brantview, built as a Fairbanks residence, still has the detailed interior woodwork, which was done by Packard’s brother, Charles.

The Fairbanks family let Packard build the Athenaeum on his own. Packard hired an architect from Boston for the design, but he engineered the entire project, including the interior galleries which feature spiral iron staircases, encased in oak and cherry wood.

In 1870, Packard got permission to alter the design of the Brick Block, the building anchoring the corner of Eastern Avenue and Main Street. He altered this building so those traveling up Eastern Avenue could better see the other buildings he built (the Athenaeum and Courthouse) as they drove up the avenue.

Packard planned the design of The Fairbanks Dry Goods Store (facing the street, to the left of St. Johnsbury Fire Department), with detailed brick work, arched windows, cast iron columns, and ornamental decorations. He wanted it to be an imposing structure, since every Fairbanks worker had an account there, where they purchased everything they needed to make a living, excluding food.

One of his exceptional accomplishments was the North Congregational Church, across from the Fairbanks Museum. The structure was built in 1881 and featured the only turret in Vermont made of limestone from the Isle of La Motte. The tower was so tall, that below ground, supports of huge blocks of granite from an old prison in Danville were set in place to give the tower stability. The land the church was built on had to be filled in before construction could begin.

Packard made sure the churches and homes he built on Main Street had a set back of 30 feet from the main road, as part of his future vision of what Main Street would look like.

Packard died in 1906, so never had the opportunity to see how his creations impacted the future of St. Johnsbury.

Concerning Bob Swartz’s research on Packard’s contribution to the Town of St. Johnsbury, the following is from the Osher Lifelong Learning Institute website: “Bob Swartz moved with his family to St Johnsbury 50 years ago to teach English at St. Johnsbury Academy. Now retired, he is a local history buff with an eye for architectural detail. Using information garnered from Clair Dunn Johnson’s book ‘I See By The Paper’ and E.T. Fairbanks history of St. Johnsbury, he was instrumental in creating the walking tour of Main Street. Then adding the rich detail provided by Allan Hodgdon’s ‘The Life, Times and Works of Lambert Packard, Architect,’ Swartz has created this virtual walking tour of the street as it would have looked in 1906, the year of Packard’s death.”

Grocery workers are key during the virus. And they're afraid

UMaine to help distancing residents up their kitchen games