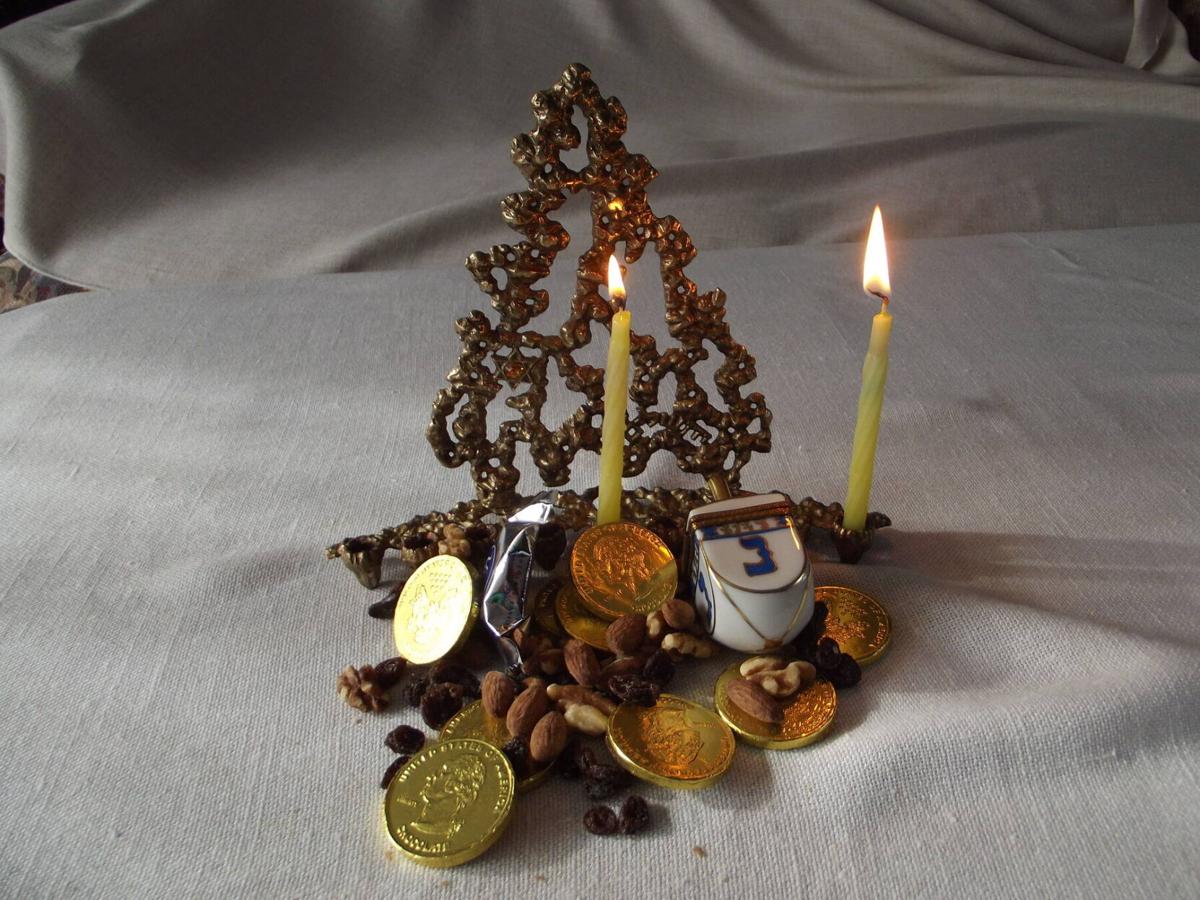 A Hanukkah menorah (chanukiyat) with a cluster of nuts, a porcelain dreidel, and gold-wrapped chocolate coins set up for the first night of the holiday. (Courtesy photo) 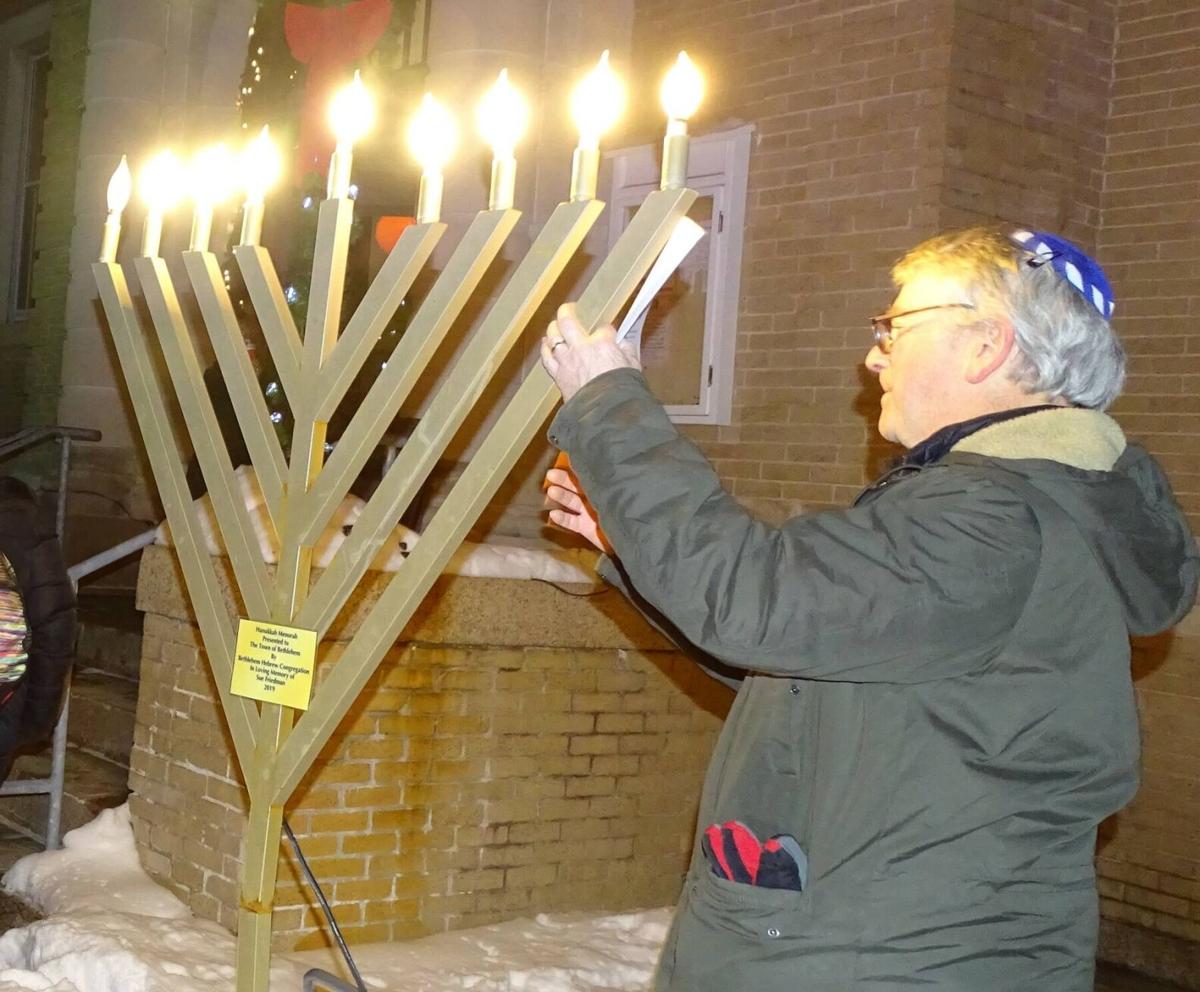 A Hanukkah menorah presented to the town of Bethlehem in 2019 in memory of Due Friedman is lighted. (Courtesy photo)

A Hanukkah menorah (chanukiyat) with a cluster of nuts, a porcelain dreidel, and gold-wrapped chocolate coins set up for the first night of the holiday. (Courtesy photo)

A Hanukkah menorah presented to the town of Bethlehem in 2019 in memory of Due Friedman is lighted. (Courtesy photo)

Nine-branched Hanukkah menorahs (candelabras) around the world will shine with the lighting of the candles on each of the nights when another candle is lit on the menorah, bringing the total on the last night to eight glowing tapers, plus the “shamash,” the server candle, used to light all the other candles. Traditionally, in homes, the menorah is placed in full view of the street, to share the light and importance of this holiday of religious freedom and rededication to religious ideals.

Hanukkah’s story began over 2100 years ago when the Jewish people stood up to Greek forces that had overrun the land, forced their religious rites and ideology on the Jewish people, and prohibited Jews from study and worship in the Temple. A small military force headed by the Maccabees led the resistance which was ultimately successful. The Hellenists were expelled and the Temple was cleansed and rededicated.

On this holiday everyone enjoys songs, stories and games with dreidels (little four-sided spinning tops). Originally, coins (pennies, nickels, dimes) were given to children each night of the holiday. On one night, perhaps the coin would be as much as a silver dollar. These coins could be used in the dreidel games or saved. Many folks still have the stash of coins collected from relatives during their family celebrations of long ago. Other holiday tokens were little bags filled with raisins and nuts or candies.

Christmas holiday preparations in schools and communities encouraged Jewish families to adapt the custom of gift-giving. Some families choose to give a small gift each night, or on the fifth candle night, or only on the eighth candle night. More recently, increasing numbers of families have chosen to participate in social action projects in their communities, to donate to a selected charity, or to participate in local food bank collections to emphasize the concept of charitable acts during this holiday time.

Favorite foods of the holiday vary in Jewish communities around the world, but have a basic similarity – foods are fried in deep oil to recall the miracle of the small bit of oil left to light the candles in the Temple after the Greek attack. In the United States, the most well-known fried treat is the grated potato pancake, fried to crispy crunchy brown and then topped with applesauce, sour cream or a heavy sprinkle of sugar. This custom came to America from Germany. In Israel, the favored fried treat is a platter of jelly doughnuts (sufganiyot).