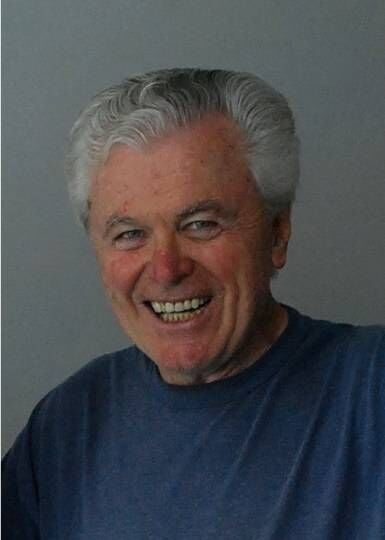 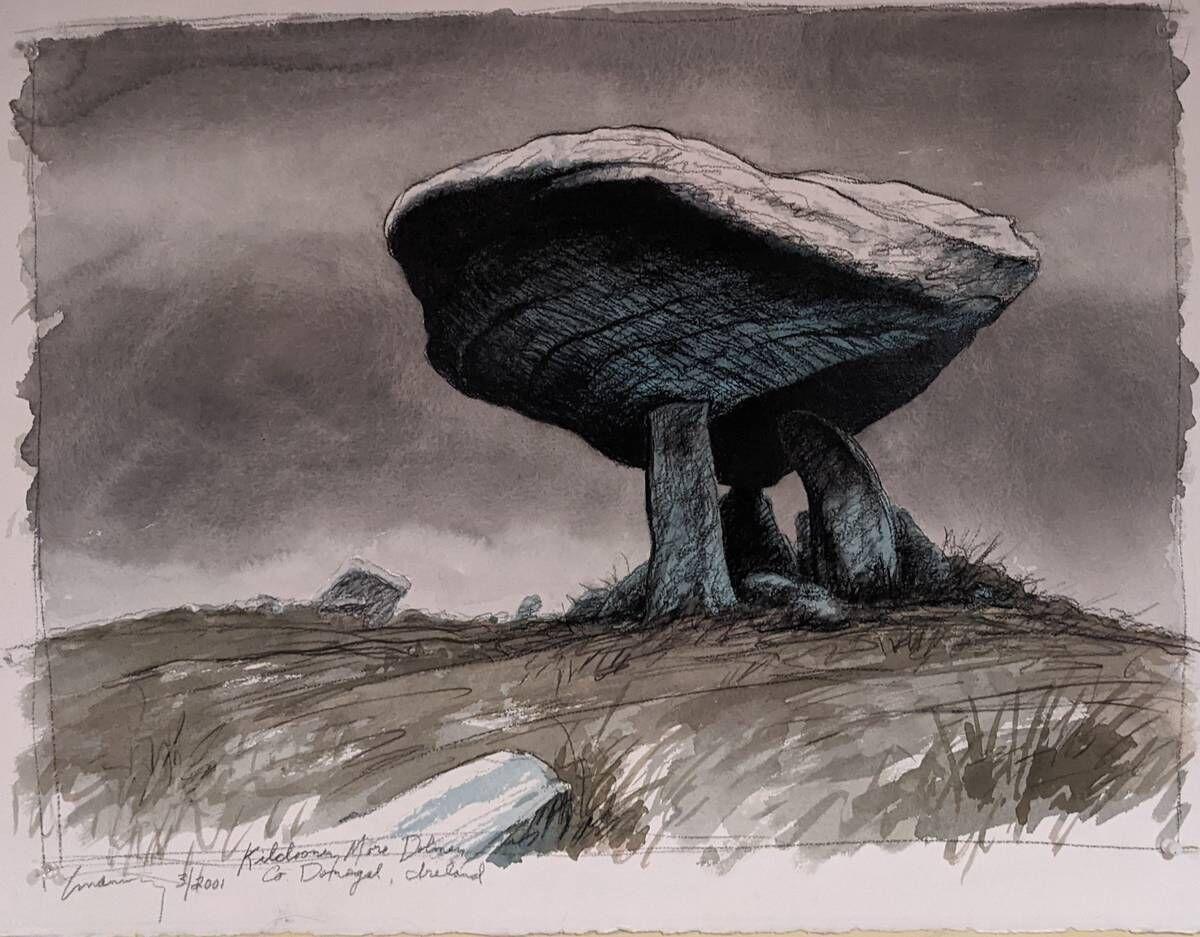 ST. JOHNSBURY — Catamount Arts recently announced the opening of artist Bob Manning’s show “A Life in Art,” at 142 Eastern as part of StJ Art on the Street’s spring exhibit, “Evoking Spring.” Curated by Manning’s wife Libby Hillhouse, “A Life in Art” pays tribute to Manning’s lifelong curiosity, humor, and devotion to craft. The show is the first exhibit of Manning’s work since his death in January of this year. The show runs through May 25.

“A Life in Art” includes previously unseen pieces from Manning’s art school days at Pratt Institute in the 1950s, as well as some of the landscapes and monolith studies that characterized much of his work. Also featured are some late collages and pen-and-ink drawings Manning created during his journey with dementia, an important component, Hillhouse says, of Manning’s interior life and artistic exploration.

“As an artist,” Hillhouse says, “dementia became as much of an influence as the standing stones of Ireland.” Manning, a landscape painter and illustrator, was perhaps best known for his intimate and ardent exploration of stone walls and monuments and their steadfast place in human history. For this show, however, Hillhouse wanted to create “an intimate collection that shows some breadth of skill and interest - and which also shares the profound, painful, and fascinating progression into dementia.”

“A Life in Art” offers a window into Manning’s exploration of the effects of dementia on his brain. Two 12x12 pieces feature the manipulation of seemingly snarled lines into cohesive images. One finely detailed tangle of figures suggests the onset of a playful, impish humor. A poem, written by Hillhouse and included in the exhibit, collects some of Manning’s startlingly poignant reflections from his last months.

“I have difficulty navigating all the marbles in my head,” it begins, later exclaiming, “That was a bildering highsky!”

“A Life in Art” also includes a photo of Manning’s hands two days before he died, a loving image “of the hands that did so much with such talent for his whole life,” adds Hillhouse, “from hard labor to intricate fine drawings to the delicate touch of a warm caress.”

Bob Manning studied at Boston’s School of the Museum of Fine Arts, The Pratt Institute in Brooklyn, and Hartford (CT) Art School. He also served in the U.S. Army as a high-speed Morse code radio operator.

Manning’s work has been showcased in galleries worldwide, including the Benton Museum at the University of Connecticut, Storrs; El Museo del Arte in Lima; the Helen Day Art Center, Stowe; the New Britain Museum of American Art, Connecticut; and in a retrospective at Catamount Arts’ Fried Family Gallery in St. Johnsbury.

Devoted to the local art scene, Manning served on the Catamount Board for 20 years, was a proud organizer of the Catamount Gallery Group, and an early Catamount gallery director. “He was a talented and generous teacher with many students who became professionals in their own right thanks to his guidance and influence,” said Erin Narey of Catamount Arts.