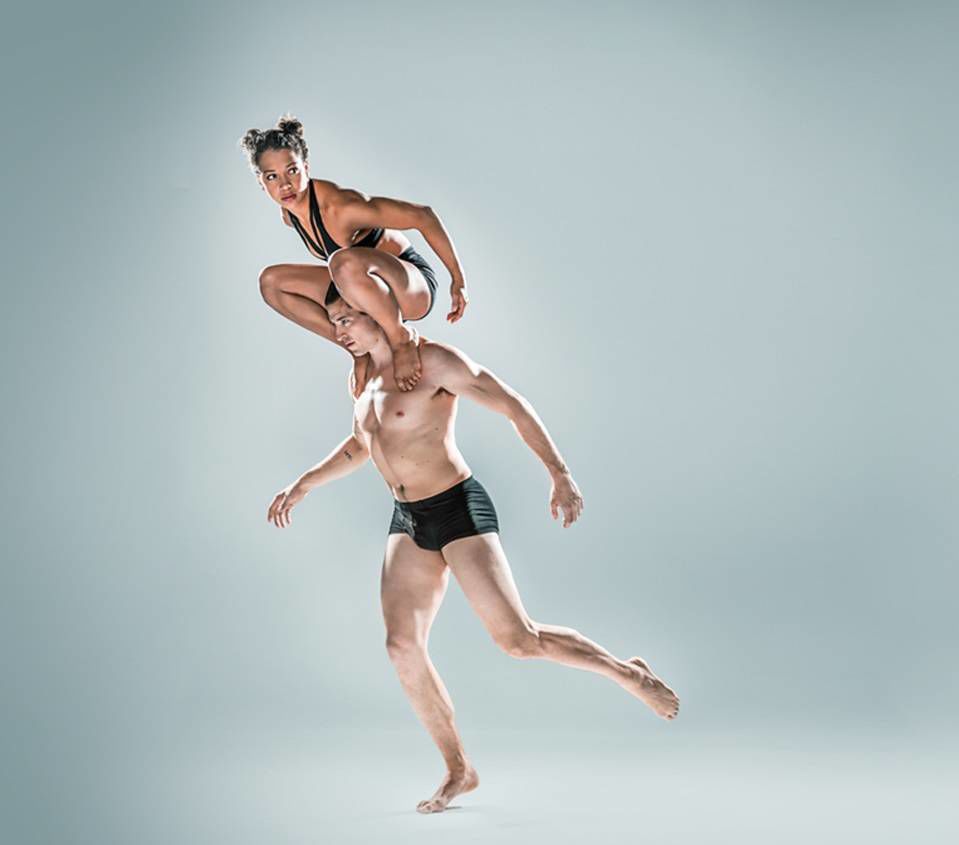 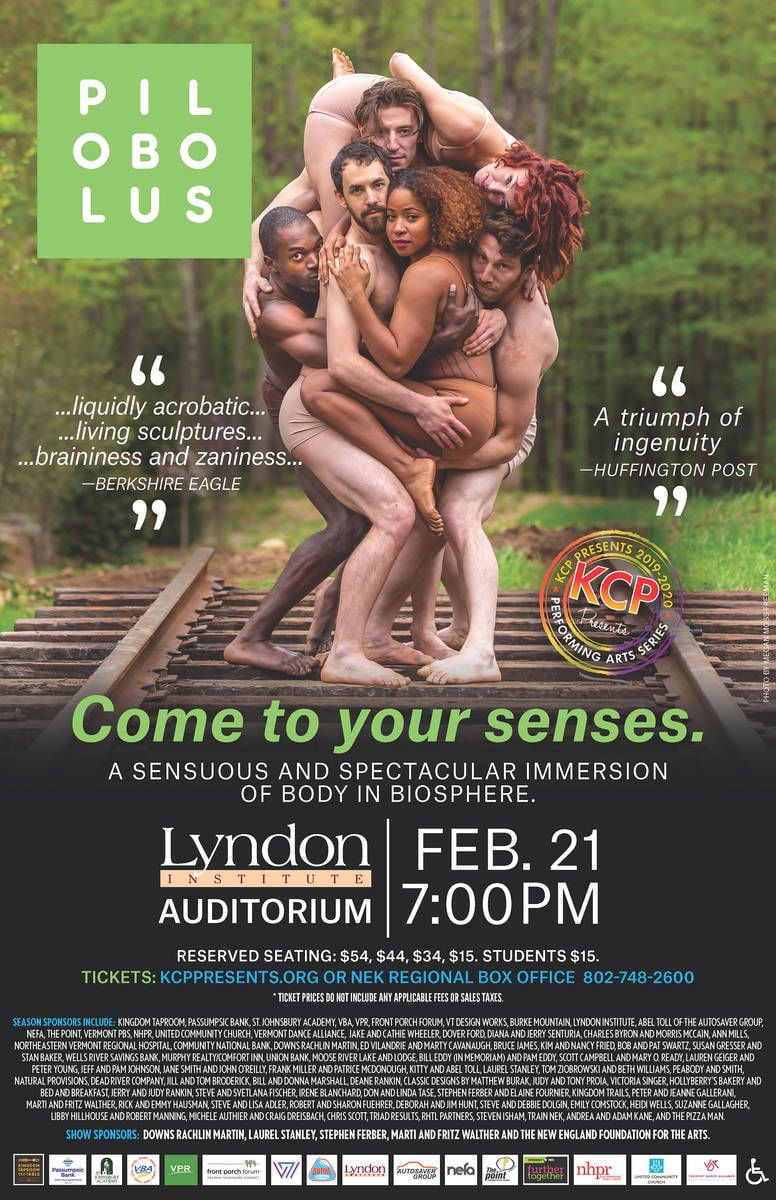 Catamount Arts and KCP Presents are thrilled to host dance phenomenon Pilobolus at Lyndon Institute Auditorium in Lyndon Center on Friday, February 21. The brainchild of founder and Lyndon Institute graduate Moses Pendleton, Pilobolus “embodies…the best in contemporary dance: discovery, (m)aking something new with the same standard body parts the rest of us have,” raves the Washington Post.

“It’s as if we’re being given a fleeting glimpse of the inner workings of the universe,” concurs Alastair Macaulay of the New York Times. “Grace,” says the Sunday Oregonian, “meets physical agility to create movement that is as lyrical as it is astonishing.”

Named after a barnyard fungus that propels its spores with extraordinary speed, accuracy, and strength, Pilobolus is a dance company founded by Dartmouth College students, including Lyndon’s own Moses Pendelton, in 1971. Pendleton went on to establish his company Momix, another KCP Presents favorite, but not before he and his original Pilobolus partners created the signature piece Walklyndon (which a Boston Globe correspondent once mistook as wordplay for “walk lying down.”) Walklyndon, a delight of physical slapstick and Monty Python-esque pratfalls, will be performed at the February 21st show at L.I.

Testing the limits of human physicality and exploring the beauty and power of connected bodies, Pilobolus engages and inspires audiences around the world through performance, education and consultation. Diverse collaborations with incredible influencers, thinkers, and creators break down barriers between disciplines and challenge the way we think about dance. Pilobolus has toured over 120 pieces of repertory in more than 65 countries over nearly 50 years, reaching 300,000 people annually.

The Pilobolus Lab has produced collaborations with Penn & Teller, the MIT Distributed Robotics Laboratory, Art Spiegelman, Maurice Sendak, OK Go, Radiolab, and many others. Honors include a TED Fellowship, a Grammy® Nomination, a Primetime Emmy® Award, and several Cannes Lion Awards. Pilobolus has collaborated with over 75 brands and organizations, creating bespoke performances for television, film, and live events.

For tickets to see Pilobolus at Lyndon Institute Auditorium on Friday, February 21st, or to learn about other upcoming KCP Presents shows, call 748-2600 or visit www.kcppresents.org.

The KCP Presents Series is produced by Catamount Arts working in association with Kingdom County Productions and supported by generous local sponsors with grant funding from The National Endowment for the Arts and the Vermont Arts Council.