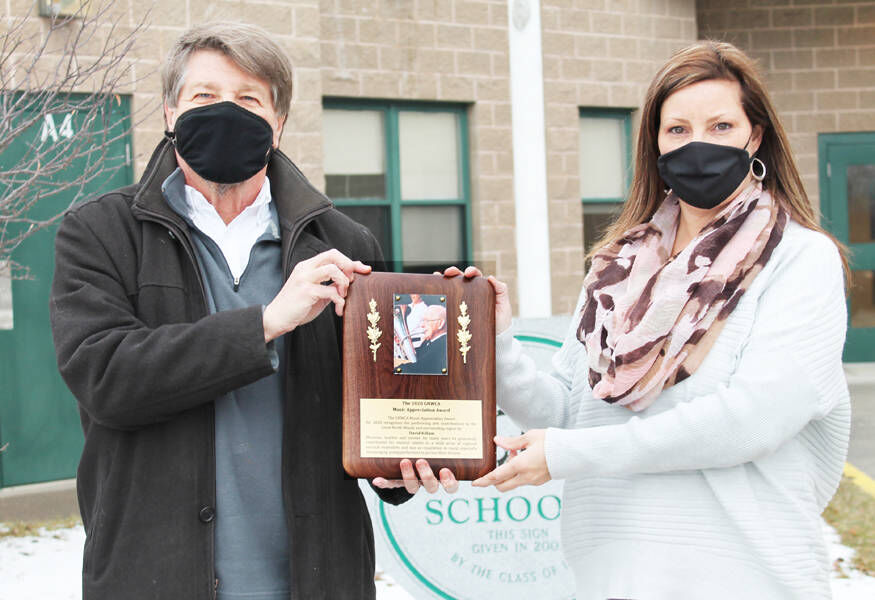 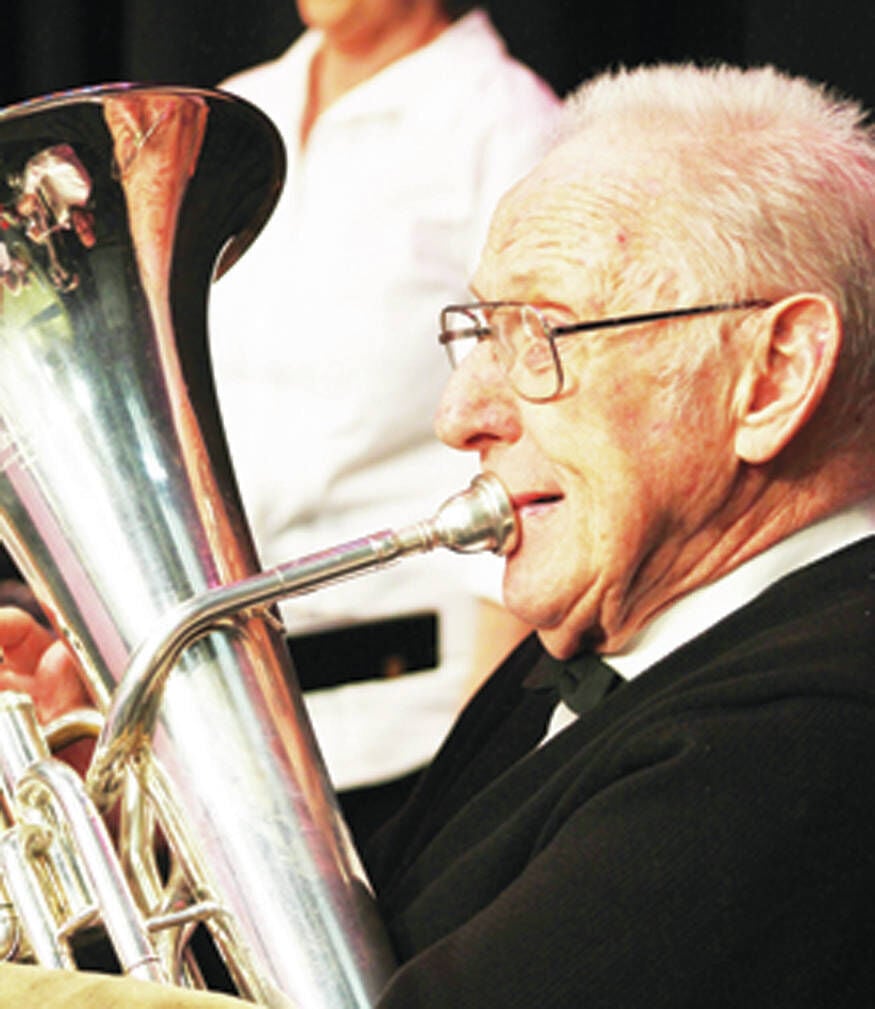 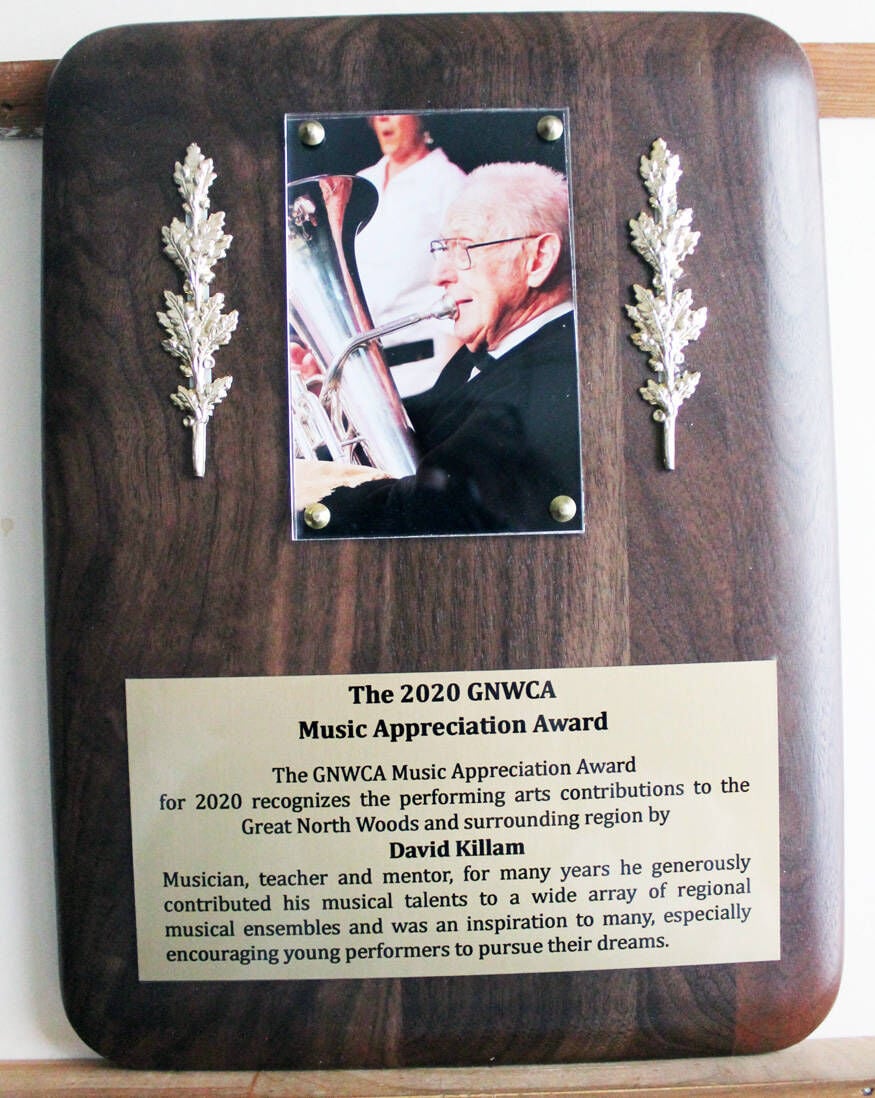 Last year the GNWCA launched its annual award, given to those who have contributed to the music awareness in the Great North Woods region. The first recipients were the musical couple, Carolyn and Brad Brooks of Colebrook.

“For this year’s award we recognize the contributions of a man who dedicated his life to music, not only as a performer and music teacher, but as a mentor to young people who he encouraged to pursue their musical dreams,” said GNWCA President Charlie Jordan in announcing the award.

Killam, who died on Nov. 5, 2019, was the music teacher for the Colebrook schools for many years. After his retirement, Killam, an accomplished pianist and master of many instruments, continued to share his musical skills whenever and wherever the occasion presented itself. He helped establish the popular TubaChristmas concerts in Colebrook with organizer, Doug Nelson, with Nelson performing on euphonium during the GNWCA musical holiday blast held at Trinity United Methodist Church in Colebrook the Saturday before Christmas. The 2019 TubaChristmas was dedicated to Killam’s memory.

Killam also performed regularly with the North Country Community Band, based in Lancaster. Its concert held in February was also dedicated to him. David played as well with community bands in Newport, Vt., and Coaticook, Que., along with other ensembles.

Two plaques featuring a photograph taken by David’s fellow musician friend, Kevin Emerson have been produced. One will be placed on a wall of recognition at the Great North Woods Center for the Arts in Columbia. The second is usually presented to a family member.