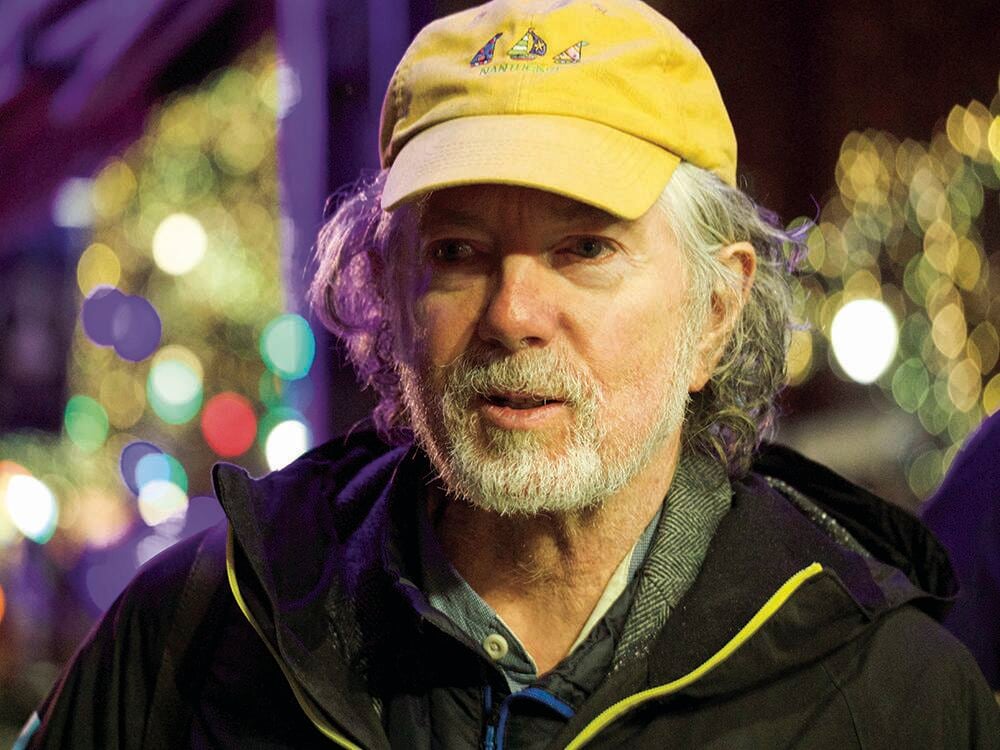 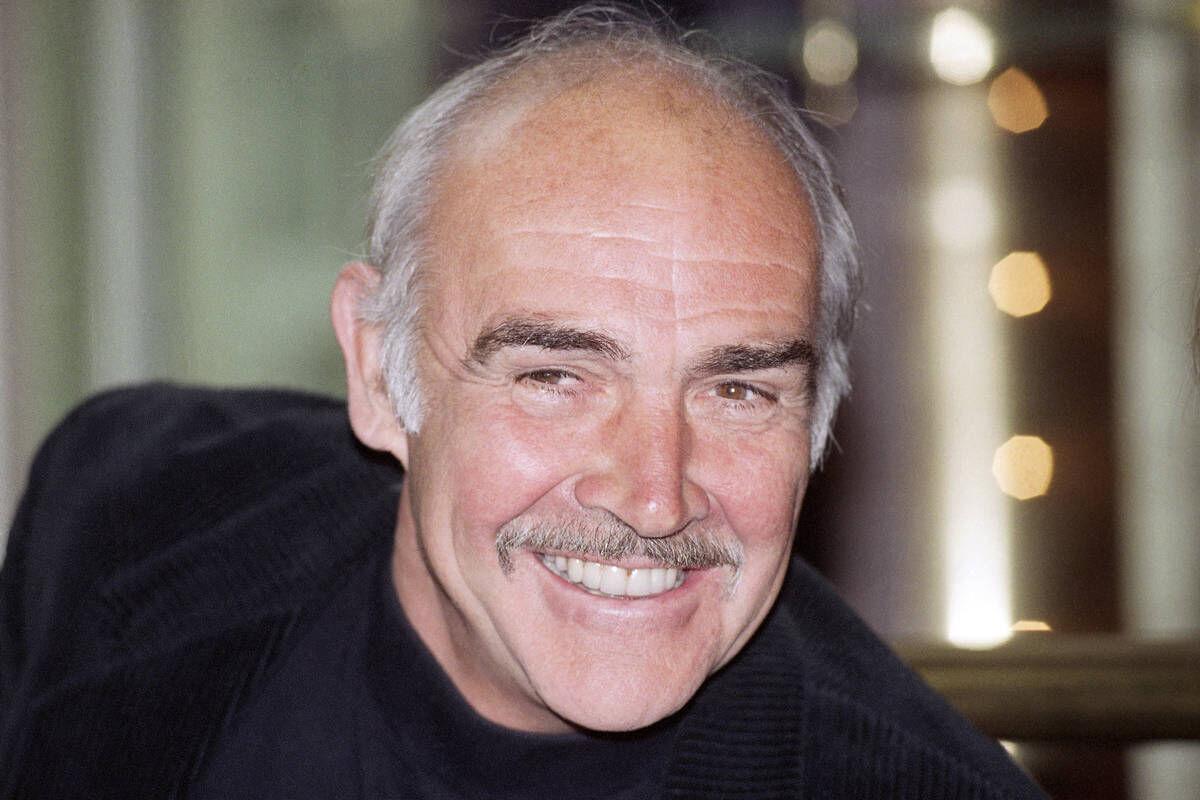 FILE - This March 4, 1992 file photo shows actor Sean Connery during a news conference in Hamburg, Germany. Connery, considered by many to have been the best James Bond, has died aged 90, according to an announcement from his family.(AP Photo/Christian Eggers, File)

FILE - This March 4, 1992 file photo shows actor Sean Connery during a news conference in Hamburg, Germany. Connery, considered by many to have been the best James Bond, has died aged 90, according to an announcement from his family.(AP Photo/Christian Eggers, File)

Like many people who love movies, I was sad to hear of Sean Connery’s passing last weekend. I was 11 when I discovered Connery as James Bond, the ultra suave secret agent who thwarted heinous plots by nefarious super-criminals. Connery played many other distinguished roles – and won an Oscar for his performance as Jim Malone, Eliot Ness’ good cop detective in “The Untouchables.” But it was Connery’s James Bond that defined the rapidly changing culture of the early 1960’s, when ”Dr. No” hit the screens; youthful and handsome JFK was president and “Mad Men” ruled offices on Madison Avenue. It was all of a piece.

Connery’s death got me to thinking about my beloved Texas-born grandmother who introduced me to movies – and to Agent 007. “Geema” mostly loved westerns and Tennessee Williams films – anything with gunslingers and distraught southern women. During the late 50’s, when most kids were going to see “Dumbo” and “Lady and the Tramp” she took me to pictures like “Red River,” where a tyrannical John Wayne plays both hero and villain - and “The Big Country” where Gregory Peck’s righteous Easterner shows up in an outlaw-ridden Texas town.

I’ll never forget when Geema took me on the train, all the way from Philadelphia to Washington, D.C., to see the Tennessee Williams picture, “Cat On a Hot Tin Roof” on its opening weekend at the lavish Art Deco Uptown Theater. I was seven and the picture was probably inappropriate for my age but it drew me in instantly. I’d never seen alcoholics in a movie, for one thing. But here they were, on the huge screen, strangely similar to my own family, with skeletons in their closet that they refused to face.

Hard-drinking Brick, played by Paul Newman, resembled my dad, good-looking but absent and brooding. Like my own father, Brick peaked in high school. His wife, Maggie, reminded me of my mother, Pippa, blunt and rash, impatient with kids and not getting what she wants in a doomed marriage - but with still enough 50’s glamour to make men notice and other women jealous. Even more than Maggie, I thought, Pippa could get into trouble.

And then there was Big Daddy who, like my grandfather, Phil Hatch, loomed over everyone and everything but maybe wasn’t going to live much longer. And his wife, Ida who, just like my grandmother, tried to hold people together while everything and everyone around her is splitting apart.

James Bond was nothing like my family or Tennessee Williams’ troubled characters but Geema liked 007 right away and made sure we never missed a new release. I ‘d never seen anything like all the excitement Bond experienced and incited. Pierce Brosnan’s later incarnations on Bond were good – but no one ever achieved the full embodiment of the character like Sean Connery.

Unlike Paul Newman in “Cat on a Hot Tin Roof,” Connery’s 007 didn’t have time to brood. He had work to do. He’d never hang his head like Newman’s Brick or resist the advances of a beauty like Elizabeth Taylor. James Bond liked women and they liked him – more than might be appropriate in today’s world.

Sitcom history from the year you were born

Yungblud: My romance with Halsey taught me to put my 'wall of anger' down

Connery’s Agent 007 liked liquor, too, which was also popular in my family and during the early 60’s, generally. The dry martini, “shaken not stirred” was Bond’s trademark. In 2018, The Medical Journal of Australia published a study, “License to Swill” about James Bond and alcohol. They counted 109 major drinking events in James Bond movies.

“Bond has drunk heavily and consistently across six decades,” they wrote. “His peak blood alcohol level was estimated to have been enough to kill some people. We classified him as having severe alcohol use disorder. Chronic risks for Bond include frequently drinking prior to fights, driving vehicles (including in chases), high stakes gambling, operating complex machinery or devices, contact with dangerous animals, extreme athletic performance, and sex with enemies, sometimes with guns or knives in the bed.”

Their conclusion: “James Bond has a severe chronic alcohol problem. He should consider seeking professional help and find other strategies for managing on-the-job stress.”

Funny. And, of course, serious.

I got to attend a number of movie industry events after the release of my 1993 feature film, “Where the Rivers Flow North” and I crossed paths with Sean Connery twice. Both times were unexpected. The first was in New York City where actor Rip Torn was being honored for his performance in my film. It was a fairly intimate event with a few stars, including a young Leonardo DiCaprio and director Martin Scorcese. As we moved from the reception to the theater, I found myself crushed uncomfortably into a slow-moving hallway crowd, jammed up tight next to Sean Connery.

Unable to move, we nodded to each other at our shared predicament. “Guess we’re stuck,” he said, in his smooth and unmistakable Scottish brogue. I was tempted - but decided that small talk would be awkward and dumb.

After all, this was James Bond.