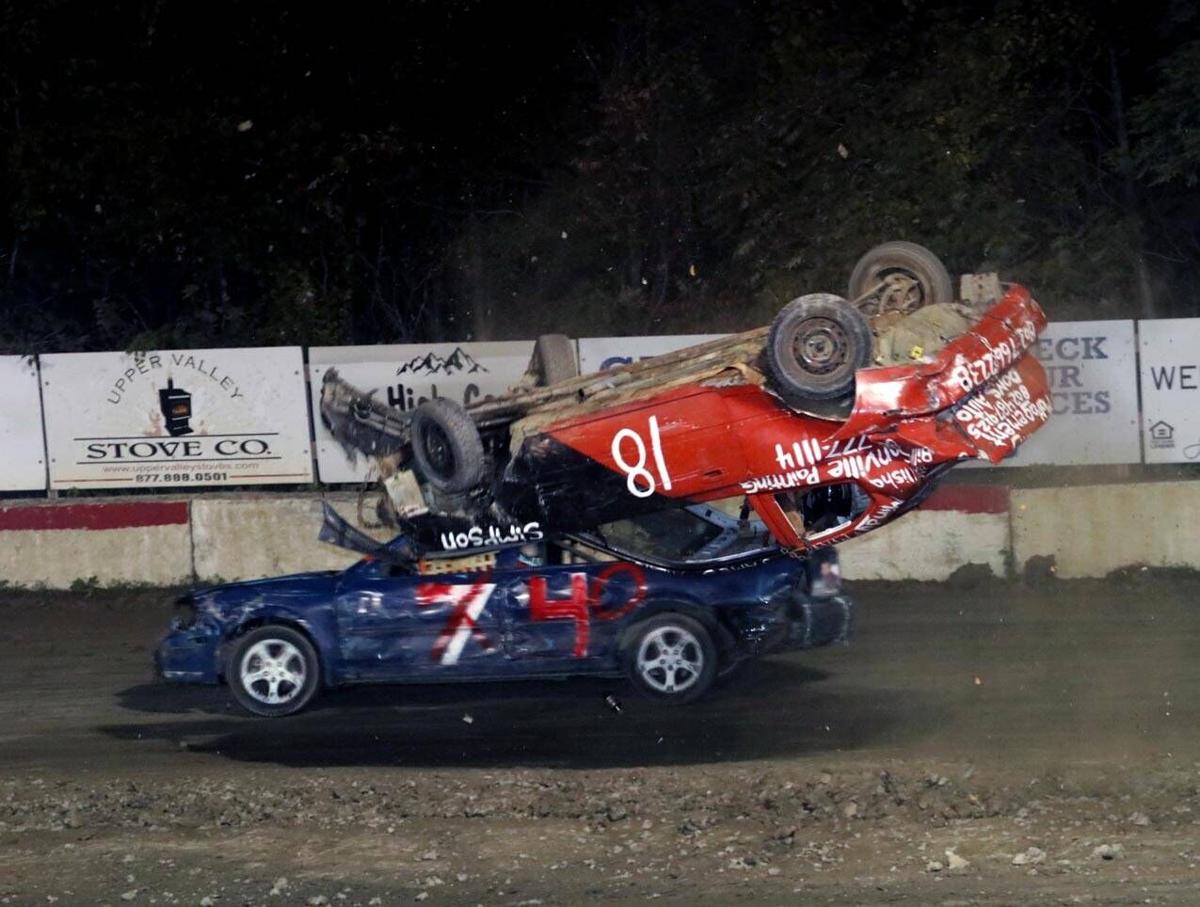 This Enduro guy took a wild ride but was uninjured at Bear Ridge. (Photo by Alan Ward) 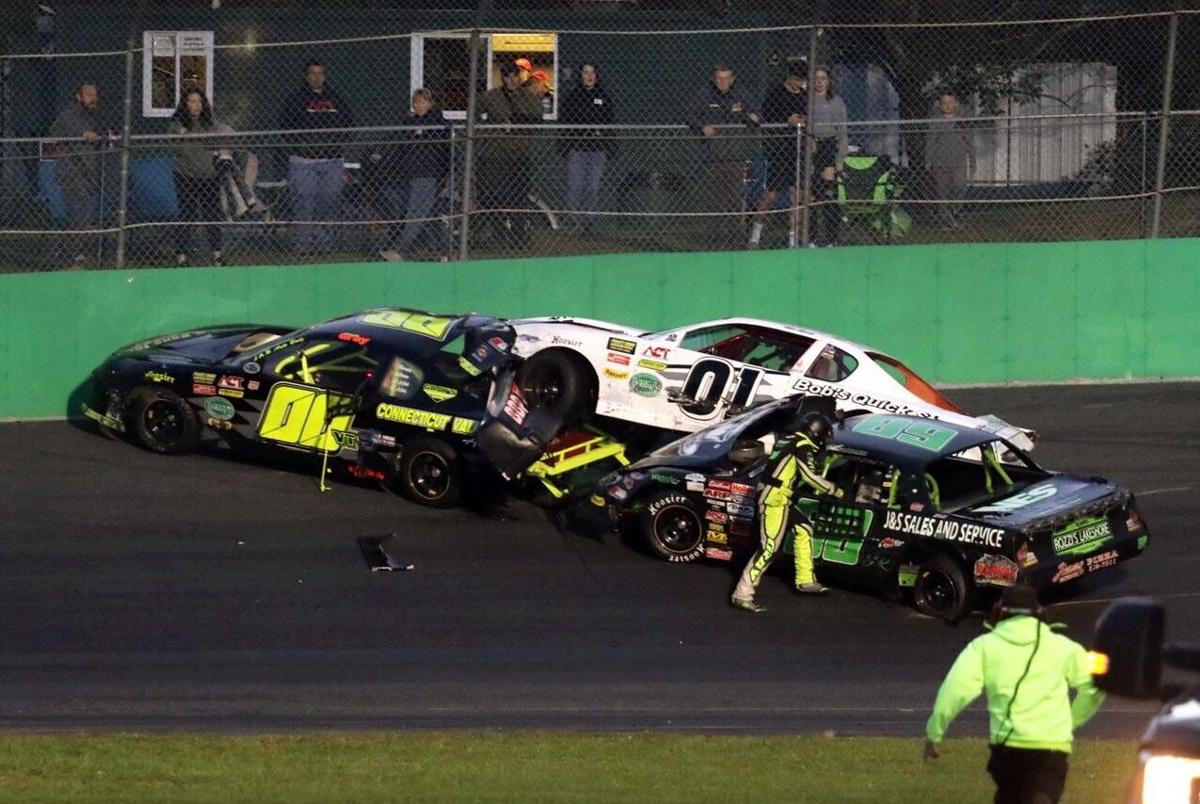 Thunder Road Rage - Brandon Gray (00) standing beside the 68 of Jason Woodward, after Gray quickly climbed out of his car and ran over to Woodward, pulled down his window net and appeared to throw a few punches. That's Mike Martin in the 01. (Photo by Alan Ward)

This Enduro guy took a wild ride but was uninjured at Bear Ridge. (Photo by Alan Ward)

Thunder Road Rage - Brandon Gray (00) standing beside the 68 of Jason Woodward, after Gray quickly climbed out of his car and ran over to Woodward, pulled down his window net and appeared to throw a few punches. That's Mike Martin in the 01. (Photo by Alan Ward)

Why not run it this weekend, (Oct. 9-10) you ask? The ACT Late Model Tour is scheduled to run the World Series 75 at the Thompson (CT) Speedway on Oct 9.

The ACT Tour champion will be decided Oct. 23 at Seekonk (MA).

Headed into Thompson, Ben Rowe leads D.J. Shaw by one point with two events to go. Both are multi-time PASS champions pursuing their first ACT title. Rowe and Shaw, along with former Seekonk Speedway champion Ryan Kuhn, are planning double-duty on Saturday in both the ACT and PASS 75-lap features.

The rest of the ACT top 5 has tightened up between Tom Carey III, Derek Gluchacki, and Jimmy Hebert. Carey and Gluchacki are both Thompson Speedway regulars with Carey winning this year’s Icebreaker last spring.

Hebert is a former ACT winner at Thompson and has finished first, second, and first in the last three ACT Tour events.

Following a one-year hiatus, the Tour returns to the World Series schedule. The ACT Late Model Tour has run six events at Thompson Speedway and has seen six different winners.

Brian Hoar won in 2015, Bobby Therrien was the first one under the checkers in 2016. In 2017 Eddie MacDonald put his name in the record books and in 2018 fans saw a Thompson regular, William Wall, carrying the checkers.

The Tour made two stops there in 2019: Jimmy Hebert won the June event while Jonathan Bouvrette took first place money back to Blainville, QC in October.

• All Sunoco World Series events will be broadcast live via pay-per-view on Speed51TV.

• The Flying Tiger Oxford Open scheduled for October 16 has been cancelled.

The PASS Super Late Models have only two races remaining in the 2021 PASS National Champion Series. Derek Griffith, the 2018 National Champion, has a healthy lead over D.J. Shaw. Griffith won the PASS event at the Icebreaker earlier this year, making him one to watch on the ninth. Third-place national point driver Jake Matheson is coming off his first career PASS podium at Thunder Road.

Saturday’s race also counts for PASS North and New England South points, making it a crucial stop for two other championship quests. Johnny Clark is three races away from his seventh PASS North championship, his first since 2011. Despite some late handling trouble at Thunder Road, he maintains a strong lead over Dan Winter, Ben Rowe, and Kate Re. Shaw is the New England South leader ahead of Clark and Matheson. Other notable names on the Thompson entry list include Eddie MacDonald, Brandon Barker, Ryan Kuhn, and Cory Casagrande.

Get out and support a short track this weekend, but remember: “If you’re not having fun stay home and don’t bother those of us who are.”