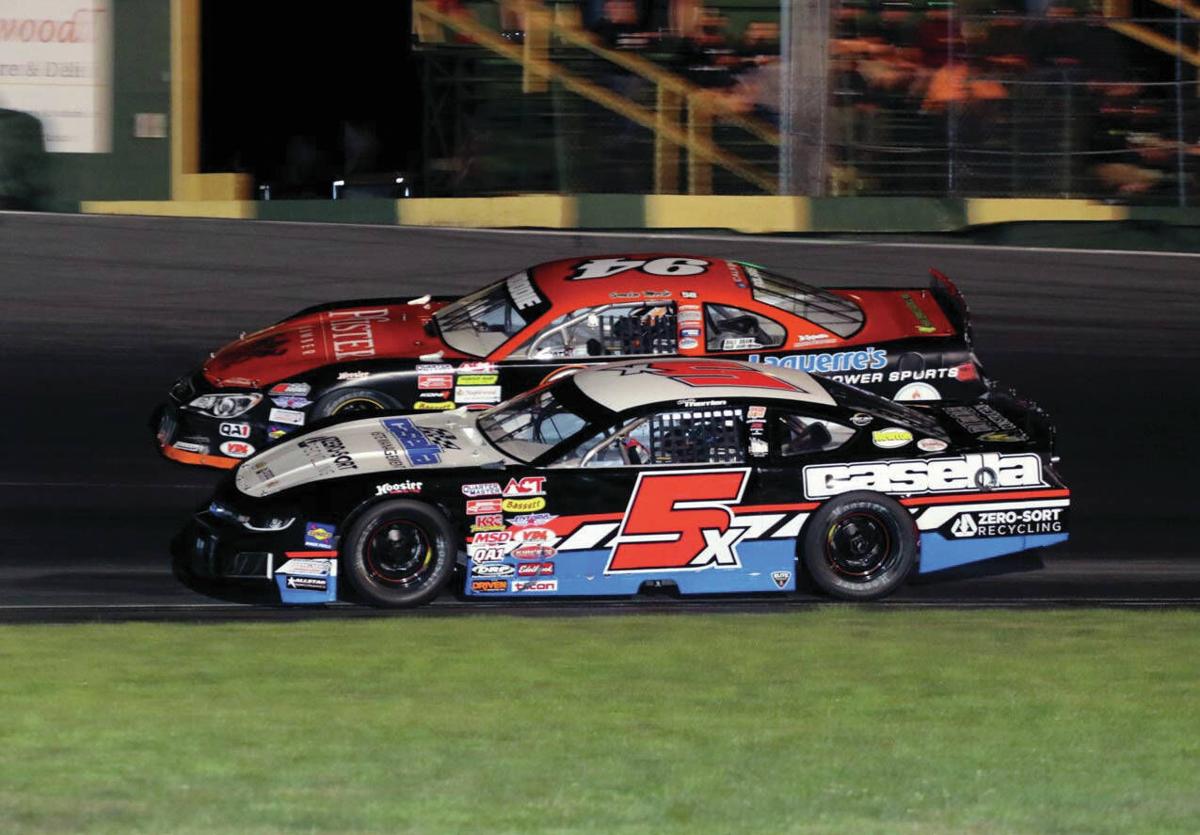 Joey Polewarczyk gets crossed up at the PASS race at Seekonk, MA, July 28. He ended up finishing 14th. (Photo by Norm Marx)

Joey Polewarczyk gets crossed up at the PASS race at Seekonk, MA, July 28. He ended up finishing 14th. (Photo by Norm Marx)

The $10,000-to-win ACT Mid-summer Classic 250 at White Mountain Motorsports Park, July 31, is drawing the biggest names in the ACT Late Model community as they chase the glory of winning the longest, richest race on the championship schedule.

Ben Rowe and D.J. Shaw, who currently sit second and third in ACT points, have a combined 15 PASS championships between them. Defending PASS National Champion Mike Hopkins, the most recent ACT winner, has entered as well.

Jamie Swallow Jr. and Ryan Olsen both won White Mountain events in 2021. Defending Mid-summer 250 winner Dillon Moltz was at White Mountain this past weekend tuning up for the big show.

The event itself is the ultimate test of man, machine, and mind. Teams may use up to eight tires purchased at the track on race day. They can change those tires whenever they please – or not change them at all, like Moltz did in 2020. There will be a fuel-only stop near the one-third mark of the race.

Teams must first qualify for the 250-lap feature. With a large car count expected, a starting spot is not guaranteed for anyone. Multiple ACT and White Mountain regulars failed to qualify for last year’s event, speaking to how tough the competition is.

Also racing will be the Flying Tigers, Strictly Stock Mini’s, and the Kids Trucks. Post time is 5:30 p.m.

With four races left in the “regular season” only five drivers are guaranteed one of 16 spots in the playoffs. Those five are the guys with two or more wins, Kyle Larson, Martin Truex Jr., Alex Bowman, Kyle Busch, and Chase Elliott.

The eight guys with only one win are not locked in. Those eight are William Byron, Joey Logano, Ryan Blaney, Brad Keselowski, Kurt Busch, Christopher Bell, Michael McDowell and Aric Almirola. A second win will lock that driver in.