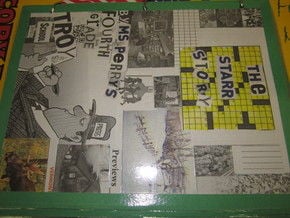 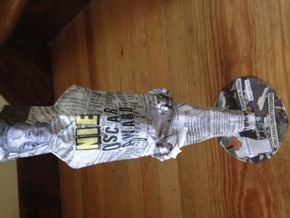 A “Newspapers In Education Oscar Award” for Sen. Starr. 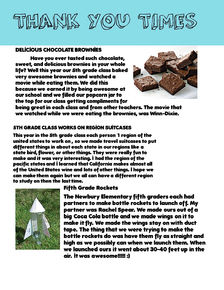 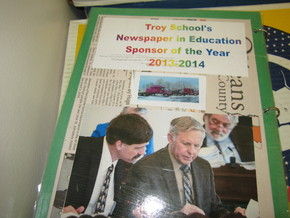 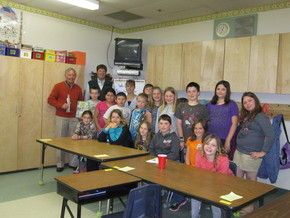 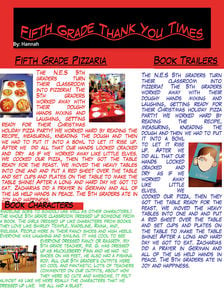 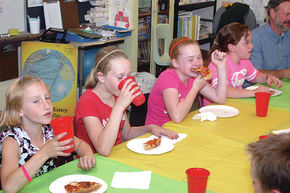 A “Newspapers In Education Oscar Award” for Sen. Starr.

As a finale to the 2013-2014 academic year, teachers and students involved with the Newspapers In Education Program with The Caledonian-Record/Orleans County Record, were asked to submit entries of how they thanked those businesses and organizations who helped cover the cost of the newspapers delivered to their classrooms during the school year. Submitting an entry made the participating classrooms eligible for the NIE program's Pizza Party Challenge.

In order to help with the expense of newspaper deliveries, The The Caledonian-Record/Orleans County Record has a program called "Adopt A Class," where businesses, organizations and individuals sponsor the newspapers in the classroom, and in turn receive community recognition for their support. The teachers and students are notified of their "sponsor(s)" and many times, special interaction occurs between the students and sponsor(s), including field trips and guest speakers in the classroom. Sponsors of NIE benefit from the positive public image they earn when they become participants. By helping to cover some of the cost for the newspapers being used by students in the program, sponsors make an important contribution to the education of children in their communities.

Students did not wait until the last minute to start their project, starting the book in March. The students used their time learning different types of poetry and then chose a specific type to write about Sen. Starr or the newspaper (The Orleans Country Record). Some of the poetry types included acrostic, autobiographical, cinquain, and diamante.

Students also wanted to let Sen. Starr know how important he was to them so they made a "Newspaper In Education Oscar Award" just for him. Perry bought a "Barbie Doll" and stand. Some students stayed in during recess time to make paper machÃ© to wrap the doll with. Students noticed that the doll wrapped in newspaper still looked like a girl, so two more students stayed during recess to cut more strips of paper to make the doll look more like a man. Once they completed the award, the students added NIE Oscar Award to the front of the statue. On the bottom they glued the shape of Vermont, Sen. Starr's name, and Orleans County Record name.

On May 28, Sen. Starr was the guest of honor at a pizza party at the school, hosted by The Orleans County Record, in honor of the unique way the students thanked Starr for his financial support of Newspapers In Education.

No Time to Die reportedly set for another delay

Students in Jeff Goodell's fifth-grade class at Newbury Elementary School worked with Lucid Press to create "Thank You Times" pages for the kids to give to their sponsors -- Newbury Village Store and Perry's Oil in Bradford. The students created a newspaper that reflected on all their learning experiences during the school year and used new technology to create their news pages.

Goodell and the students brainstormed learning experiences and projects from the year, including field trips and special events, like the great flood that flooded several classrooms. Students then used the five W's to write newspaper articles about the experience. Each student choose a topic to write about and were assessed on how clear his/her writing was and how they used the elements of good writing, purpose, organization, details, voice and tone. This way, the students could practice their writing and challenge themselves to write according to their ability. Some students produced one page, while others created up to three pages, writing five or six articles about the year.

"The experience of learning about a new publishing program and putting it to use to make such a nice looking final project was an added benefit of the project," said Goodell. "At the end of the year, it was a great motivating and focusing classroom activity."

Once compiled, the Thank You Times was presented to the sponsors, giving the sponsors the opportunity to see how the use of the newspaper in the classroom had benefited the students.

On June 16, Goodell and his students enjoyed the fruits of their labor -- an all-expense paid Pizza Party!

When the new 2014-2015 school year begins in August, the Newspapers In Education Program will once again be providing free newspapers to schools in the Northeast Kingdom of Vermont and the North Country of New Hampshire, thanks to the help of all the businesses, organizations and individuals who help financially by sponsoring classrooms!

Where MLK and Coretta met and studied, a memorial will rise

Woman charged with shooting her 2 children pleads not guilty