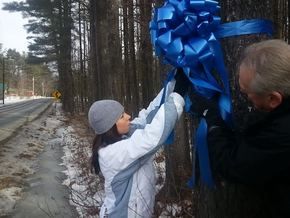 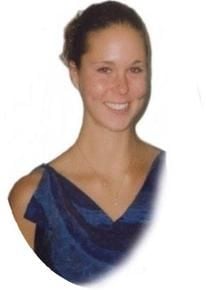 Questions abound about whether she ran away to a new life, ran into the woods and succumbed to the elements after crashing her car along Route 112 in Haverhill or was the victim of foul play.

Ten years later, authorities are no closer to answers, or at least ones they will discuss publicly.

"It's still an open case and is a criminal investigation into a missing person," New Hampshire Senior Assistant Attorney General Jeff Strelzin said this week.

Since the beginning, Maura's father, Fred Murray, was critical of the investigation.

On Friday, he was asked if he is still hopeful his daughter - or an answer to her disappearance - will be found.

"I'm only hopeful if the FBI comes in and takes over the case," said Fred Murray. "Other than that, it will take some luck, someone who gives me information that turns out to be accurate, or, barring that, somebody who knows something and gets mad at someone else and squeals on them, or someone getting loaded and bragging."

He does not believe his daughter was suicidal or running away.

"I think somebody grabbed her when she walked down the road, somebody listening with a scanner or something like that," he said. "She was supposed to call me and didn't and that's because she couldn't."

Maura, 21, had been a nursing student at the University of Massachusetts Amherst. According to police, she departed the campus the afternoon of Feb. 9, 2004, after emailing her instructors, falsely, that she was taking time off for a death in the family.

About 7:30 p.m., Maura, driving a 1996 Saturn eastbound on Route 112 in Haverhill, crashed into a snowbank along the curve near the Weathered Barn.

Police arrived to find the car, registered to Fred, facing the opposite way, with rag in the tailpipe and the driver nowhere to be found.

First happening upon it, not far from his home, was school bus driver Butch Atwood, who told police he spoke with a woman later identified as Maura and offered to get her help, but she told him she had already called AAA and asked him not to contact police.

Atwood, however, drove home to call 911. When police arrived at her car, Murray was gone.

Inside the car were bottles of alcohol and evidence she had been drinking, said investigators.

Police said they did not find evidence of a struggle or footprints leading into the woods.

Fred Murray, who in 2005 unsuccessfully filed suit against New Hampshire law enforcement in an effort to access the case files, criticized police for not informing his family about the crash until 24 hours afterward and for waiting more than a day before launching an all-out search.

Murray said a search was made of the immediate site of the accident, but in the first days no concerted search was made east, where Haverhill police's jurisdiction soon ends and state police, who he said had a trooper in the area that night, begins.

"She's not there, the air bag's deployed, the windshield's cracked and the possibility she was drinking could have make hypothermia problem," he said. "It's now his case. She's out there by herself."

At the time, state police "built a case around anything but a bad guy," said Fred Murray.

Several years ago, the case was transferred to the New Hampshire State Police Cold Case Unit.

State police referred all questions to the attorney general's office.

Strelzin declined to say if new people have been interviewed about Murray's disappearance in recent years and if the agencies investigating have received new information.

"I've been asked if we've had any credible sightings since she disappeared," said Strelzin. "The answer is no."

Strelzin said an arrest or an answer to Maura's disappearance is "impossible to predict at this point."

The New Hampshire attorney general's office is the lead agency on the case, with the FBI called in as needed, he said.

"Any case at some point could be resolved, and certainly that's a hope for this case," said Kieran Ramsey, assistant special agent in charge of the FBI's Boston office, which covers New Hampshire. "Sadly and very tragically, some cases take far longer than we want them to."

In the car were directions to Burlington, Vt., but Maura had been heading east into New Hampshire, in the direction of Bartlett, where her family had spent vacations.

Still, no one knows precisely why Maura, who was no stranger to the White Mountains and had hiked through them with her father and family, was driving north on Feb. 9, 2004, and what she was intending as her destination.

Speculation remains rampant, and today, in cyberspace, are scores of Internet sleuths devoting web pages and blogs to Maura and propounding their own theories of what they believe happened to her.

But speculation and rumor only serve to spread misinformation about the case, said Helena Murray, a member of the extended family.

Because the Maura Murray case is well known, police could receive new information and a long-awaited break, said Ramsey.

"There is no unsolvable case," he said.

Ten years on, Fred Murray still makes occasional trips to the area where his daughter disappeared and said he follows up on ideas and information given him by local residents.