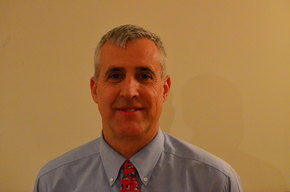 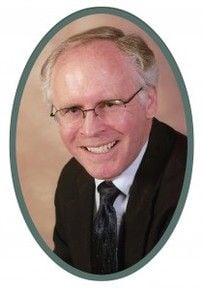 North Country voters on Tuesday will see something they haven't seen for more than 30 years -- someone other than Ray Burton serving the New Hampshire Executive Council's District One.

The District One council race has been more closely watched than most council races, largely because of Burton's legacy of providing a level of constituent service that many said went above and beyond.

In Tuesday's special election, voters will have their choice of Democratic candidate Michael Cryans, a current Grafton County commissioner from Lebanon, and Republican Joseph Kenney, a former state representative and senator and 2008 gubernatorial candidate from Wakefield.

Burton, a Republican from Bath, passed away Nov. 12 after a battle with cancer. He had been the state's longest-serving executive councilor and, except for one term, served the district continuously from 1977 to 2013.

In terms of geographic area, Burton also served the largest of the five council districts, with District One representing 264,000 constituents in 108 towns in all of Coos and Grafton counties as well as parts Belknap, Carroll, Sullivan and Merrimack counties.

The five-member Executive Council manages the business of the state by overseeing state contracts more than $10,000 and approving the appointments of judges, commissioners and deputy commissioners and hundreds of citizens to serve on state agencies, boards and commissions.

Council members, elected every two years, also approve the spending of a majority of the roughly $5.2 billion dollars appropriated annually by the Legislature and play a large role in improving the state's infrastructure, particularly roads and bridges, through the management of the state's 10-year highway plan.

This week, Cryans, 63, and Kenney, 53, spoke on what their criteria would be for approving state contracts and in voting for appointments to the state's courts and departments.

Whether it's for transportation, environmental services, health and human services or any other agency, Kenney said his main criterion will be if a contract is essential.

"Is the contract before the council essential for the lives, safety and well-being of New Hampshire residents?" he said. "Secondly, is it a fiscally responsible contract? In other words, are we getting the best bang for the buck in supporting the taxpayers who elect us to oversee contracts. Lastly, how well are these contracts going to be carried out and managed within the departments?"

Kenney said he would look to approve contracts that can be executed quickly and efficiently and that would ensure a level of responsibility in providing oversight.

Cryans said, "I would be looking for the best use of taxpayer money and making sure the contract is delivering the services it says it would do and I would make sure those services are efficient and effective."

In terms of appointments to the superior and district courts, Cryans said he would look for judges who think "outside the box."

"I would make sure they are problem solvers who make use of drug court and mental health court," he said.

Many people filling jails and prisons have mental health and substance abuse issues, and after being released, often return to jail if those issues are not treated, he said.

As far as other appointments, when the governor nominates someone Cryans said he would match skill sets with the job and look "for someone capable of doing the job and who wants the job and will do the best they can."

For his votes for appointments, Kenney said he would always look for someone New Hampshire-based who shares New Hampshire values and a connection with the state.

"That let's me know they are grounded and deep-rooted in whatever type of job and have an understanding of the people and departments along with culture where they are going to be working," he said. "They obviously must have the educational background and a level of competency and a track record of teamwork."

Both candidates said securing more transportation money to repair roads and bridges in the North Country would be a priority as improved infrastructure would bring in more jobs.

Kenney, a retired Marine Lt. Colonel who served at the statehouse for a total of 14 years, said he is the candidate with the state-level experience.

Cryans, a Littleton native endorsed by Burton's two sisters and brother, is in his 17th year as a county commissioner. In working with Burton on the Grafton County Commission, Cryans said he knows the needs of District One and said Burton served as councilor while also serving as county commissioner.

In recent letters to the editor, Cryans, the former director of Headrest Inc., in Lebanon, has come under fire for not recusing himself from voting, as a commissioner, to annually appropriate county funds for Headrest Inc., a nonprofit he directed for 10 years that assists those dealing with addictions or at risk of suicide.

Cryans, who stepped down as director in January, said he feels his votes were not a conflict of interest and the county has an outside consultant and system to analyze nonprofits and make recommendations to the county executive committee and delegation.

"Headrest received money long before I got there," said Cryans. "This is a nonprofit, not a business, and it serves people dealing with suicide risk and substance abuse."