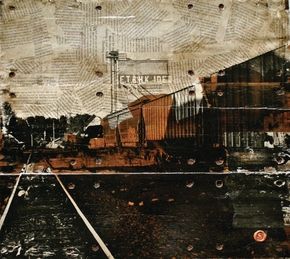 James Adamson won a Gold Key award for his piece, “Boarding the Wreck.” 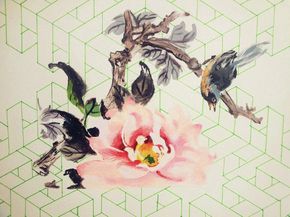 Yi Ni won regional recognition from The College Board for her piece, “Song Bird and Flower.”

James Adamson won a Gold Key award for his piece, “Boarding the Wreck.”

Yi Ni won regional recognition from The College Board for her piece, “Song Bird and Flower.”

James Adamson, a junior from Atlanta, Ga., won a Gold Key award from Scholastic Art & Writing Awards (SAWA) for his piece, "Boarding the Wreck." One of the longest-running and most prestigious recognition programs for creative teens in the U.S., the SAWA are the largest source of scholarships for young artists and writers. Gold Key winners represent only 7-10 percent of all submissions and the highest level of achievement in the region. Adamson's work was also selected as an American Visions Nominee, one of five works chosen out of all Gold Key Winners (across categories) as the "Best of Show" for each region.

Instructor Rodney Reis said of Adamson's work, "James has great drive and enthusiasm when he creates his artwork. He was determined to use the image transfer process as a primary method to express his creative voice. We worked together to develop new techniques and to investigate the use of color with his artwork. I applaud his determination and the growth in his knowledge and he has been awarded for his efforts."

Roseanna Prevost, Fine Arts Department chair, said of the SAWA, "The Scholastic Art & Writing Awards are a great opportunity for our students to get validation and feedback from an outside source, someone other than their instructors, and to compare and contrast their work with that of their peers from other areas. The folks at SAWA do a great job and we appreciate opportunity to participate."

Yi Ni, a senior from Shanghai, China, won regional recognition from The College Board for her piece, "Song Bird and Flower," part of her AP Studio Art portfolio. Her art was first displayed at the 2013 New England Regional Forum Jan. 29-30, an event that attracts educators from both the K-12 and higher education communities. The art will then be on exhibit at the New England Regional Office of the College Board through December 2013.