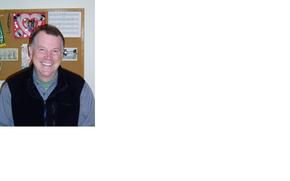 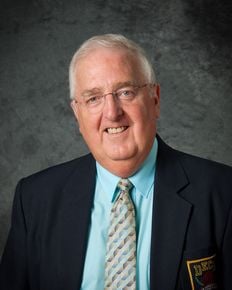 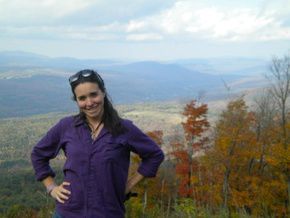 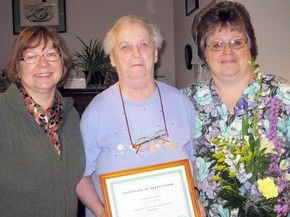 LITTLETON, N.H . -- After more than 21 years with Affordable Housing, Education and Development (AHEAD) Inc., the organization he founded in 1991, Executive Director David Wood has announced his decision to retire at the end of the year.

Wood became director of AHEAD in October 1991, serving as a full-time volunteer until the summer of 1992. He has been instrumental in fulfilling AHEAD's mission to be the premier provider of quality affordable rental housing, financial education, and home ownership opportunities in northern New Hampshire by focusing the organization's governance, educational programs, real estate development projects and property management activities on the region's greatest areas of need.

During Wood's tenure AHEAD has developed or acquired and rehabilitated more than 300 housing units for families, seniors and people with disabilities in nine northern New Hampshire communities, assisted over 600 families to buy their first home and, most recently, assisted another 250 households facing foreclosure to keep their homes. Under his tutelage AHEAD has increased its staff to 24 dedicated professionals and earned a reputation as a "go to" organization for issues related to rural home ownership promotion and retention, adaptive re-use of derelict commercial buildings and scattered-site property management.

In announcing his decision, Wood noted, "I am so proud of the work AHEAD has done with a superb team of staff and dedicated board leaders to assure warm, safe and affordable homes for resource-limited households. Above all, it has been their hard work and leadership that has made AHEAD and the community what they are today."

AHEAD's president, Attorney Thomas Eyman of Franconia said, "David has been a true leader and advocate for our North Country communities and ensuring a healthy socio-economic diversity. His vision and energetic leadership have nurtured exemplary board governance focused on strong oversight, strategic planning and visioning, assuring a sound yet ambitious future for the organization. David has inspired excellence in community development leadership across the country. Beyond our own board, David's collaborative spirit with businesses, the public sector and other community organizations has improved knowledge, understanding, and leadership locally and around the country. We have all benefited immeasurably from his wisdom, commitment, perpetual good humor and grace."

AHEAD has formed a search committee and anticipates appointment of a new executive director in the fall of 2012, who will work side by side with Wood for the remainder of the year to assure a smooth transition.

NCIC vice president of economic development, Cathy Conway, was recently honored as a "2012 Outstanding Women in Business" award winner by New Hampshire Business Review (NHBR). With more than 120 nominees, Conway was one of only six women recognized for success and leadership in New Hampshire's diverse business community.

"The region has had really tough economic challenges as so many employers have disappeared and many of us are driven to respond and through it all. Time and again Conway's unique skills, her willingness to partner with others and her dedication to get things done delivers exciting results," said NCIC President Jon Freeman. "The award is so well-deserved as this area has been blessed to have her leadership and abilities at work!"

Highlights of Conway's work include:

â?¢ Spearheading the creation and management of New Hampshire Grand (the official visitor information source for the Great North Woods and Northern White Mountains), which has been credited in helping Coos County to have the strongest tourism growth statewide in recent years;

â?¢ Advocating education, training and job creation through the development of the Stratford Community Center; and

â?¢ Assisting the City of Berlin face and respond to a serious housing deterioration that followed years of decline.

"I had no idea I was nominated until NHBR called." Conway said, "It means a lot to me but you know, without my dedicated colleagues at NCIC and the amazing people and businesses of the region who share our vision and entrepreneurial spirit these things wouldn't happen."

Conway received a B.S. in civil engineering from the College of Engineering and Physical Sciences University of New Hampshire. She is a licensed professional engineer and licensed designer of subsurface disposal systems. In addition to her work for NCIC, Conway continues to design waste water treatment systems.

Dr. Edward L. Davis, Executive Director of DECA Incorporated, announced this past week, the names of the recipients of the 2012 Honorary Life Membership Award. This Life Membership Award is the highest award that DECA Inc. can bestow on an individual. This year's honorees include Roger Cartee of Newport, for his years of commitment to DECA on the local, state and the national level.

This award will be presented this April during the Grand Open Session at the Energy Solutions Arena in Salt Lake City, Utah, the site of DECA's 2012 International Career Development Conference.

Cartee has been a local chapter DECA advisor at the North Country Career Center in Newport, retiring this past June after 31 years in the marketing classroom. He has also been the State DECA advisor for Vermont for the past nine years and the Vermont DECA Inc. representative for the last 20 years. In 2005 Cartee was presented the International DECA Outstanding Service Award.

In 2006 Cartee was elected to DECA's National Board of Directors for a three-year term by members of the North Atlantic Region Council and they elected him to the board again in 2009. He was twice elected by his fellow DECA Board members to serve as their president, a position he now holds. Mr. Cartee is a graduate of Lyndon State College and he and his wife Janet live in Newport. They have two grown children and one grandchild.

The New England Educational Opportunity Association has chosen April Lane as the recipient of their 2012 New England Educational Opportunity Association's Rising Star Award, which will be awarded to her at their annual conference in Stowe this April. Developed by the NEOA Board of Directors, the award identifies up and coming professionals who are former participants of New England's educational opportunity programs and are beginning to make a real impact in their careers and communities. The Rising Star Award honors emerging leaders who strive toward the highest levels of personal and professional accomplishment, excel in their chosen field, devote time and energy to their community, and serve as a role model for other low income, first generation college bound students and students with disabilities.

Lane was a Lyndon State College Upward Bound student hailing Lake Region Union High School from 1998 - 2002, and a tutor counselor and dorm supervisor from 2004 -2009. Lane was also a participant in the University of Maine Orono Math and Science Upward Bound program in the summers of 2001 and 2002. Lane graduated from Middlebury College in May 2006 with a BS in Biology, a minor in Math and Secondary Education, and is currently 5 credit hours away from a Masters of Education in Curriculum & Instruction with a Specialization in Mathematics from Lyndon State College.

As a professional Lane has pursued opportunities that have allowed her to grow as an educator, and also to give back to her community in meaningful ways. She did her teaching internship at an NYC inner city school, worked as a science educator for the Boston Museum of Science piloting programs for visitors with disabilities, was a peer tutor and teaching assistant at Middlebury, was an outstanding tutor counselor and assistant director of Upward Bound, and currently works as a Middle School Mathematics Teacher at Irasburg Village School, where she has become an innovator as Math Curriculum leader and Wellness Leader.

She is the daughter of Allen and Darlene Butler of Irasburg.

Longtime Morrison CNA Lottie Coates has retired, but not before receiving a send-off from her many friends at the nursing home and assisted living facility, including speeches, flowers, a certificate of appreciation and a beautiful cake. Her service to The Morrison and in the health care field is notable because Coates is 81, and chose to continue working as a caregiver long after most of her nursing colleagues had retired at age 65.

Coates first came to The Morrison in 1979, bringing with her a cheerful disposition, enormous energy, and 46 years of experience as an LPN. Beginning as a charge nurse at Morrison and then transitioning to Sartwell Place Assisted Living after she obtained her CNA license, Coates continued to provide health care to hundreds of residents for 16 years. Her annual reviews reveal a dedicated nurse, who was dependable and detail oriented.

"I never had to worry about what happened on the night shift when Lottie was on," said Wendy Colby, LPN, Sartwell Place Administrator. "Lottie has eagle eyes and eagle ears and nothing got past her. We could always count on the residents being safe when Lottie worked."

Board of Trustees co-chair Marion Rexford, who was unable to attend because of work commitments, sent her congratulations and appreciation on behalf of the board for Coates' "wonderful work and commitment to The Morrison."

Coates, who now lives in Lancaster, was born in Colebrook and is a 1951 graduate of Colebrook Academy. She went on to graduate from the Thompson School of Licensed Practical Nursing in Brattleboro, Vt. in 1953, and later earned her Certified Nursing License (CNA) in order to work at Sartwell Place Assisted Living. Over a 46-year period as an LPN, she had worked at 19 different nursing jobs in New Hampshire and Vermont before coming to The Morrison at age 65.

"While most people want retirement at the age of 65, Lottie is one of those people who still had energy to work and she wanted to work," said Roxie Severance, executive director of The Morrison. "Lottie, we thank you for your commitment to residents here at Morrison and Sartwell and congratulate you for a long career providing nursing care to those who needed it most."

The Morrison is a 501c3 nonprofit organization that has been providing quality health care to residents of the North Country since 1903.