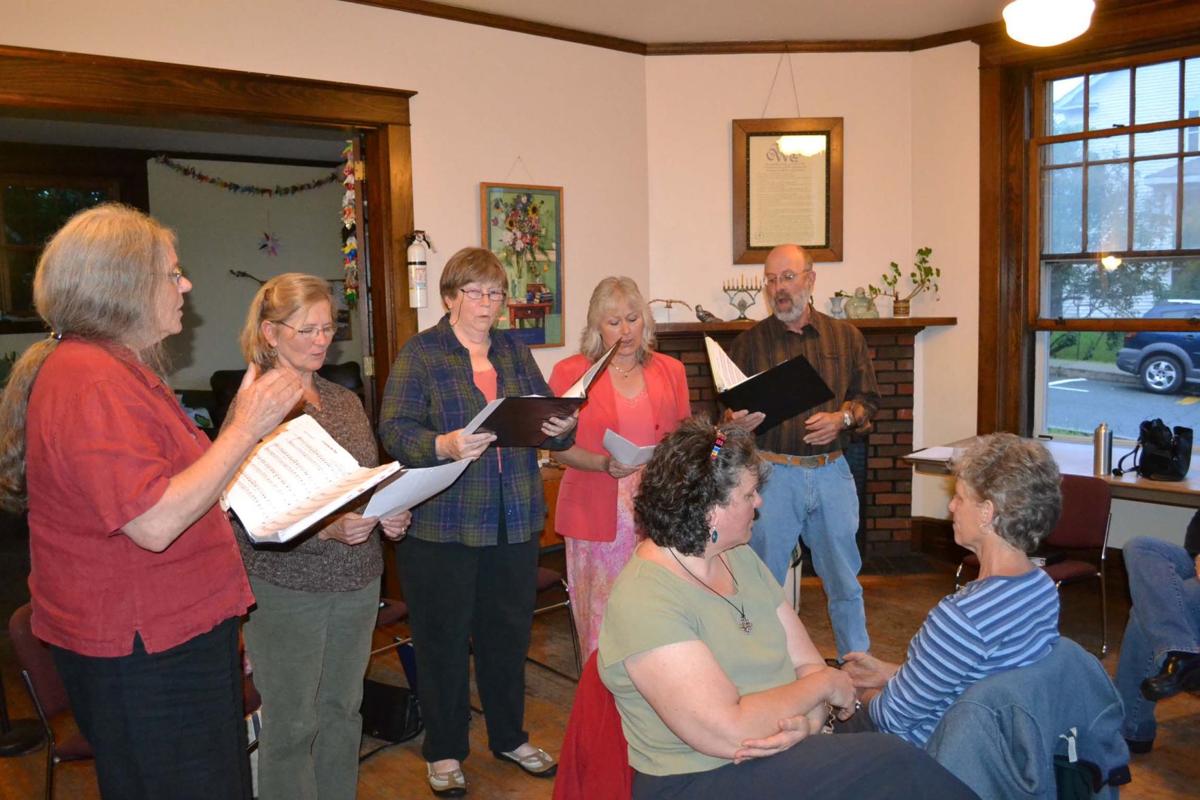 Director Suzanne Rhodes conducts singers (from left to right) Barb Armstrong, Ruth Taylor, Janet Heartson and Chuck Fergus in a version of “I’ll Fly Away,” one of the songs that they sing at the bedside of hospice patients. In the center of the circle are fellow members Jean Matray and Ruth Richard. (File photo) 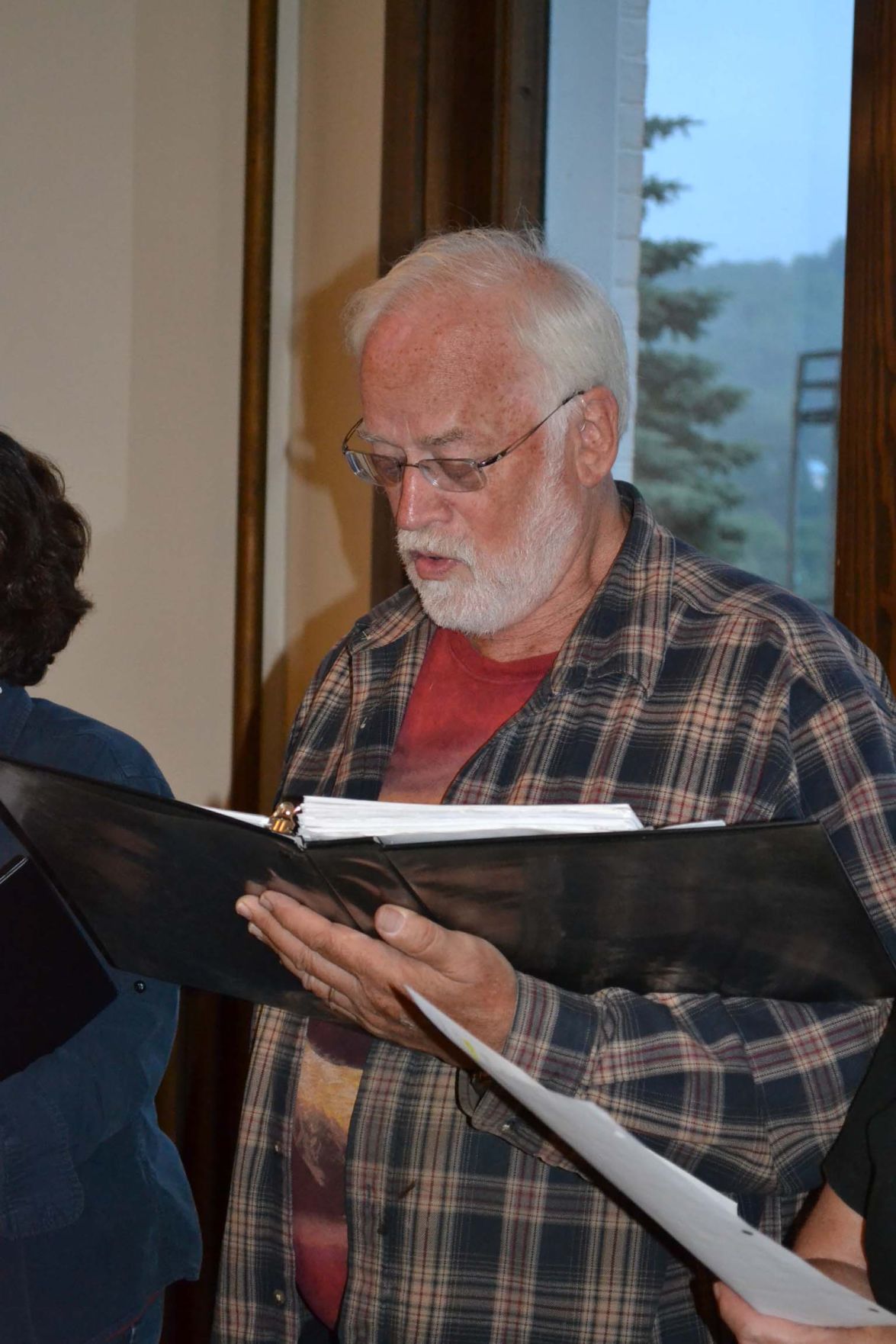 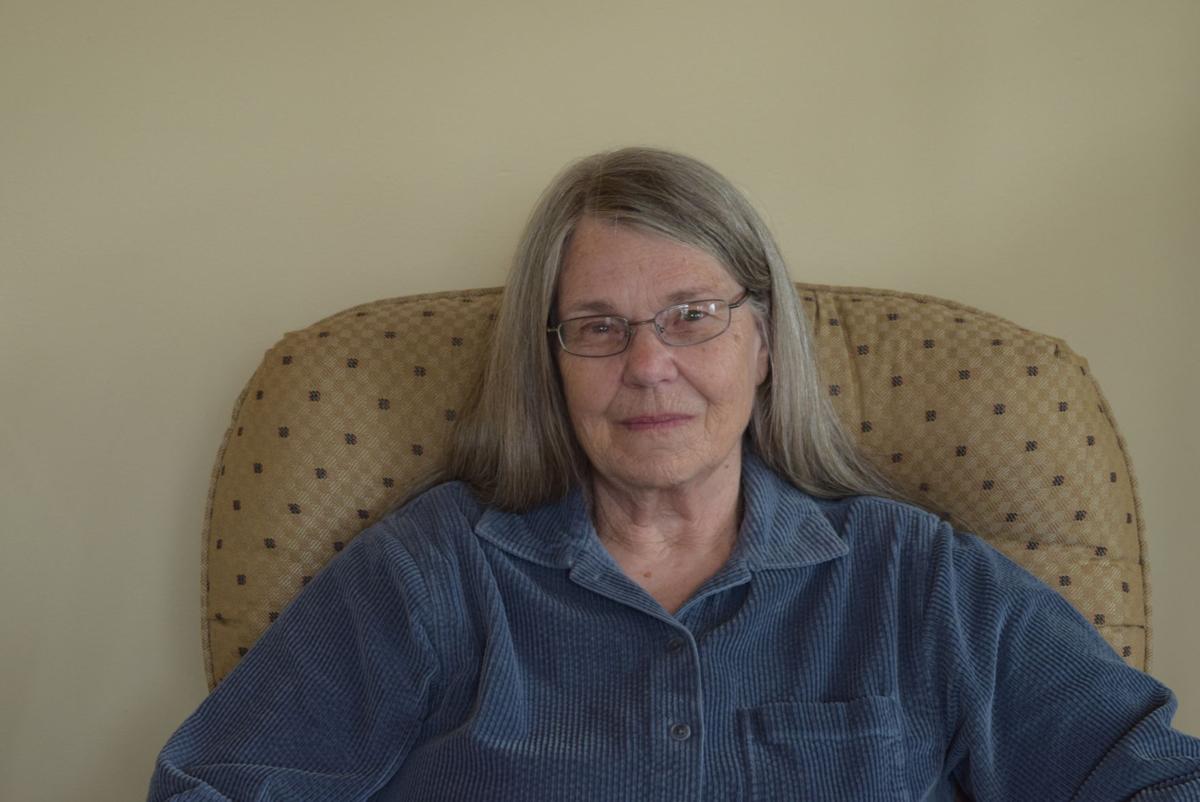 Director Suzanne Rhodes conducts singers (from left to right) Barb Armstrong, Ruth Taylor, Janet Heartson and Chuck Fergus in a version of “I’ll Fly Away,” one of the songs that they sing at the bedside of hospice patients. In the center of the circle are fellow members Jean Matray and Ruth Richard. (File photo)

Suzanne Rhodes has seen both ends of the life cycle.

In an earlier part of her life, she was a home birth midwife, helping to bring people into this world.

Today she is the director of Continua, a hospice choir, helping to usher people out of this world.

“What I would bring to a birth is a calm presence in the face of overwhelming emotions and feelings and events,” Suzanne said during a recent interview. Now she brings exactly the same calm presence to people who are dying. “It’s very powerful stuff.”

Continua has a large repertoire of about 140 songs including both religious hymns and secular songs, as well as many songs about angels because, as Suzanne said, “There are angels in all traditions.”

But the words of the songs tend to be far less important than what happens in a room when the singing begins.

“For a lot of people, as soon as we start singing the more relaxing songs, they just [Suzanne exhales visibly], they just let go of some of the tension,” she said. “People are gathered and it may be days or even weeks while this person is in transition. And at a certain point you don’t know what to do. I’ve walked into situations where people are playing cards or on their iPhone. They’re not really present. Maybe the person is not communicative at this point and they don’t know what to do or how to be. And when we come in and sing, this is something they can share with their loved one.”

The music helps to bridge the gap between the patient and the family, and even with medical personnel when they sing in medical facilities.

“This is a moment that everybody is in,” Suzanne said. “And it has nothing to do with medication or the dying process. It’s just for this moment, they are in this space of peace and beauty and calm. And it helps everyone.”

When the group sings in a hospital or nursing home, the music carries into other rooms. Suzanne said they often don’t know all of the people their singing touches. Family members will drift out of other rooms as the group leaves and say, ‘Thank you for singing, it really helped our family, too.’”

“People do not have to be on hospice – that’s just how we get the referrals,” Suzanne explained.

Depending on where the person has chosen to die, Continua might sing in the patient’s hospital room or their living room. Sometimes the person may still have weeks or months to live, other times they are singing during the final hours of the death vigil, or even just after the patient has died.

Suzanne recounted singing at St. Johnsbury Health & Rehab for a patient who was in the process of dying.

“There was a lot of family, including a couple young men in their 20s, I’d say. They were standing up in the corner sort of nervously, not knowing what to do,” Suzanne remembered. “We went in and we sang a couple very calm vigil songs.”

When the group finished singing, the family walked into the hall with them to say thank you. “And these young men came up and gave me a hug and said, ‘We couldn’t have done this without you,’” Suzanne said, as tears welled up in her eyes. “We sang a song in Zulu and it still brought them all together. I don’t know what it meant to the gentleman that was dying, but to everybody else in that room, it was really important. It spoke to them and it brought them together in a way that I didn’t anticipate.”

Another time, Suzanne remembers, they sang for a woman who only had her daughter with her. “As we were walking out, the daughter was on the phone to her son. And I heard her say, ‘And then they came and sang and we were just surrounded by angels. It was perfect.’”

How to approach the dying

Suzanne speaks of singing for the dying as a service that is offered from her heart. Others in the group, she said, will speak of it as a ministry. “Everybody frames it differently,” she said. “For me it’s a service and it’s a practice and it’s an expansion and it’s a celebration. It’s all of those.”

But regardless of how you refer to it, all of the group members are on the same page. “It comes from a very deep place within each of us. You could talk to any of us and it’s important.”

“I would say that what I’ve learned from music is that how we help our loved ones to die is to be there with them,” Suzanne said. “It’s a time, I believe, for a real reality … Be there to listen. Be there to connect. Just show up. Just show up and be real. None of this false hope or - no platitudes, no assurances that you can’t really back up.”

“Don’t be there in a role. Just be there. And I think that’s the difference in bringing music as a performance, which is a role, or being there. Being open to what’s going on. I think music is just a vehicle. And that presence and honesty and real compassion and acknowledging the unknown and the unknowing is really helpful for people. Because so many of them are in that place of unknowing.”

For more information on having Continua sing for your loved one, contact Suzanne Rhodes at 802-592-3003.

The Hallowell Singers in Brattleboro, Vermont, are developing a list of choirs on their website but it is not complete: www.hallowell-singers.org/services/other-hospice-choirs.

If there is not a listing for your area, contact your local hospice or hospital chaplain to find out if there is a hospice choir near you.

A hospice choir eases the dying process for both the person dying and their loved ones.

Continua, a hospice choir based in northern Vermont, sings for Sybil Carey in December 2015. They are singing a traditional Yoruba song "Ishe …