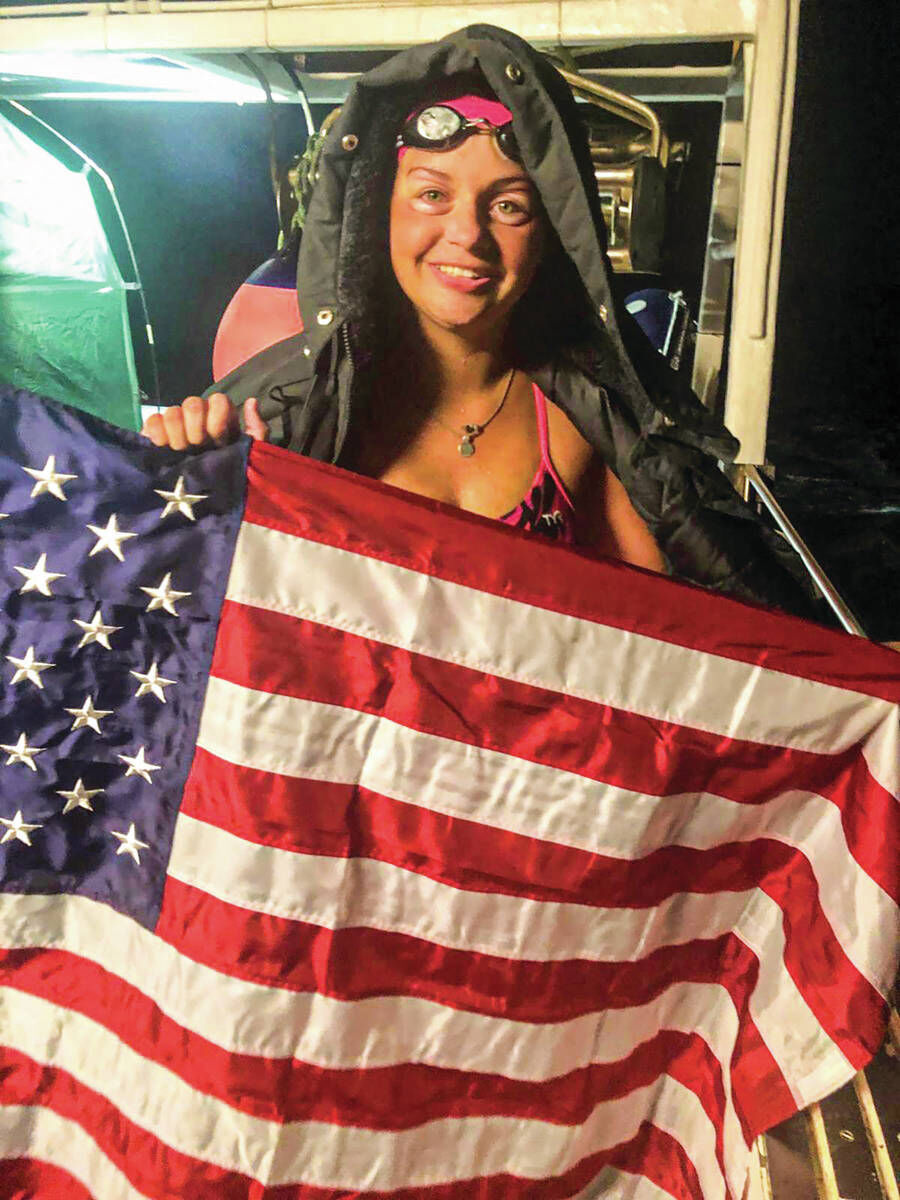 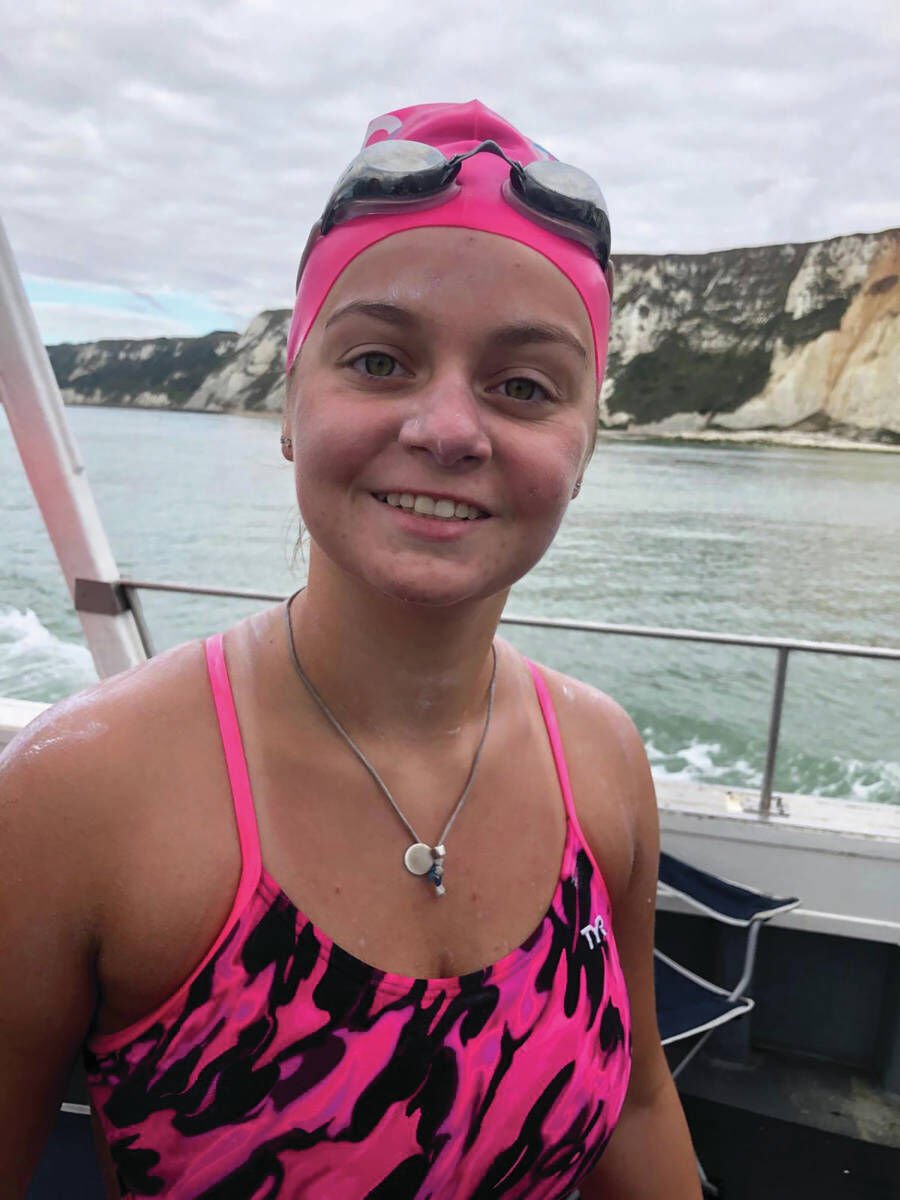 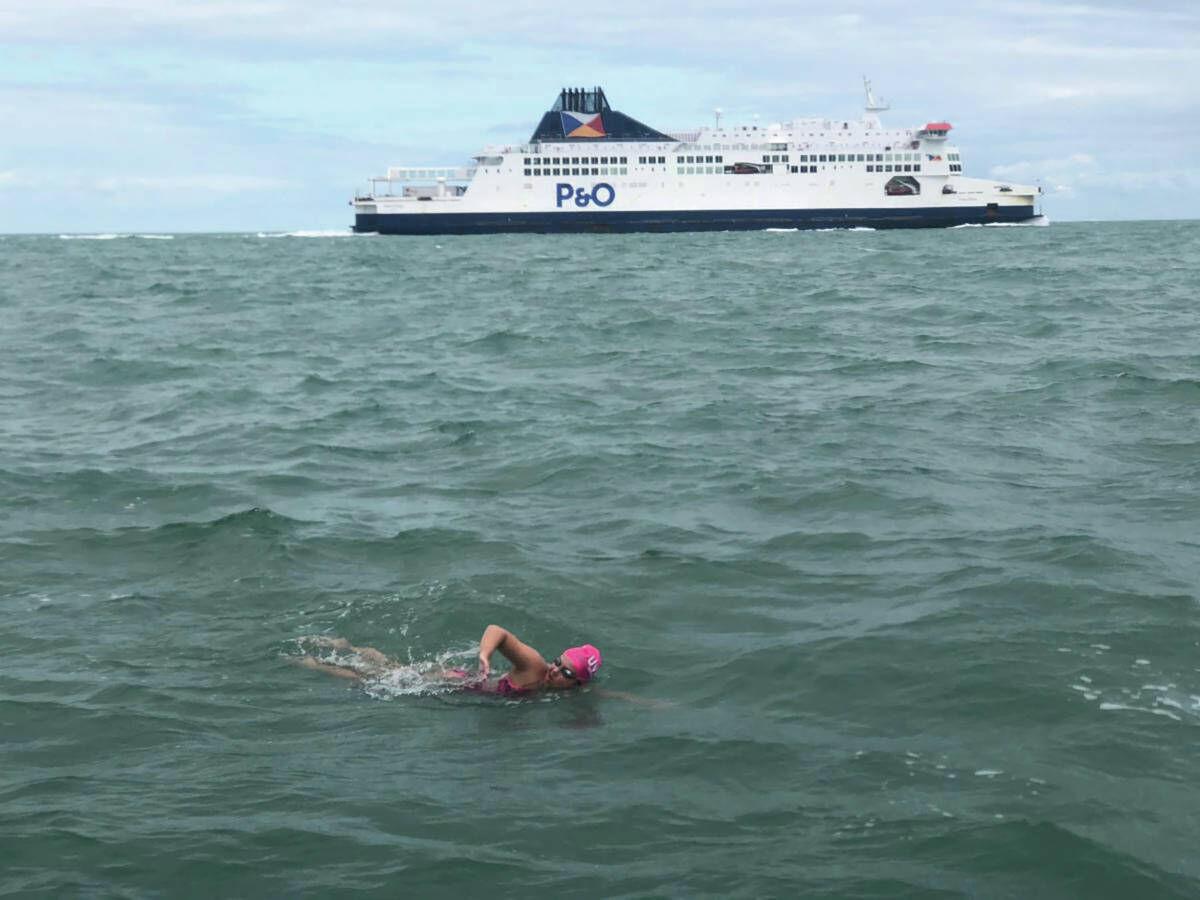 She started out from Samphire Hoe beach in Dover England at 9:38 a.m. and set foot on Wissant Beach in France at 11:48 p.m.

Escorting Vera across the channel was Peter Reed and his son, Peter Reed, Jr. piloting their boat, Rowena, under the auspices of CSA (Channel Swimming Association). The official observer was Aaron Reed. Vera’s boat crew was her mom, Darcie Deblois-Rivard and her 13-year-old sister, Margaret Rivard, who is also an accomplished marathon swimmer and training partner with Vera.

According to CSA website Vera is the 1,676th person to make the crossing since 1875 and the second American to finish the swim in 2020.

Vera wore a UVAC swim cap to honor her late coach, Dorsi Raynolds of the Upper Valley Aquatic Center in Hartford, Vermont, where Vera swims during the colder months and has since she was 5 years old. Vera’s first open water event was the 1 mile swim at Kingdom Swim on Lake Memphremagog in 2014, when she was 10.

She swam longer, further, and more each year thereafter at a variety of events hosted by Kingdom Games and the Northeast Kingdom Open Water Swimming Association. In 2018, when she was 14, she completed the 25-mile international swim, In Search of Memphre, on Lake Memphremagog between Newport, and Magog, QC.

Last year Vera participated in the Cork Distance Week, run by Ned Denison. She also receives some open water coaching from Charlotte Brynn of the Swimming Hole in Stowe.

After her English Channel swim Vera said, “That was a swim of a lifetime. I have dreamt of this for as long as I can remember. It was better than I could have ever hoped. I am so grateful for this adventure.”

Vera’s parents, Darcie DeBlois-Rivard and Kevin Rivard have supported Vera and her sister, Margaret, every step of the way, year after year, kayaking for them longer and longer distances as they have grown in the sport. They have enabled their daughters to reach for their dreams. And reach they have.