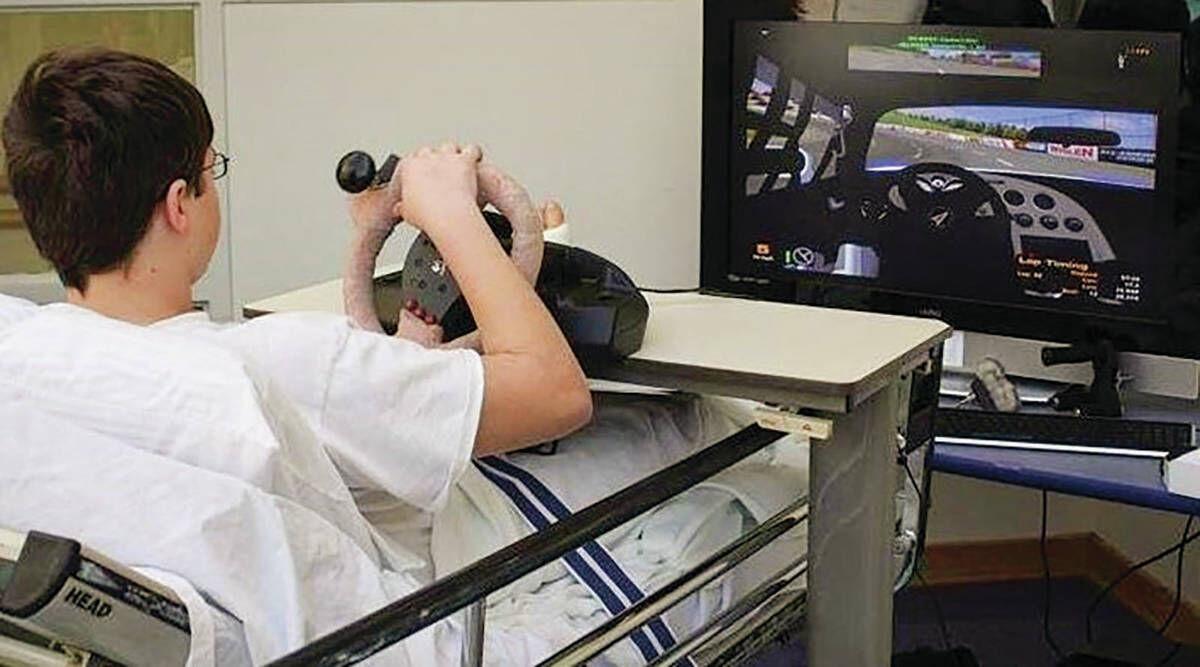 A boy at the Shriners Hospital for Children takes the wheel for a virtual driving experience made possible by Accessible Racing. (Courtesy Photo) 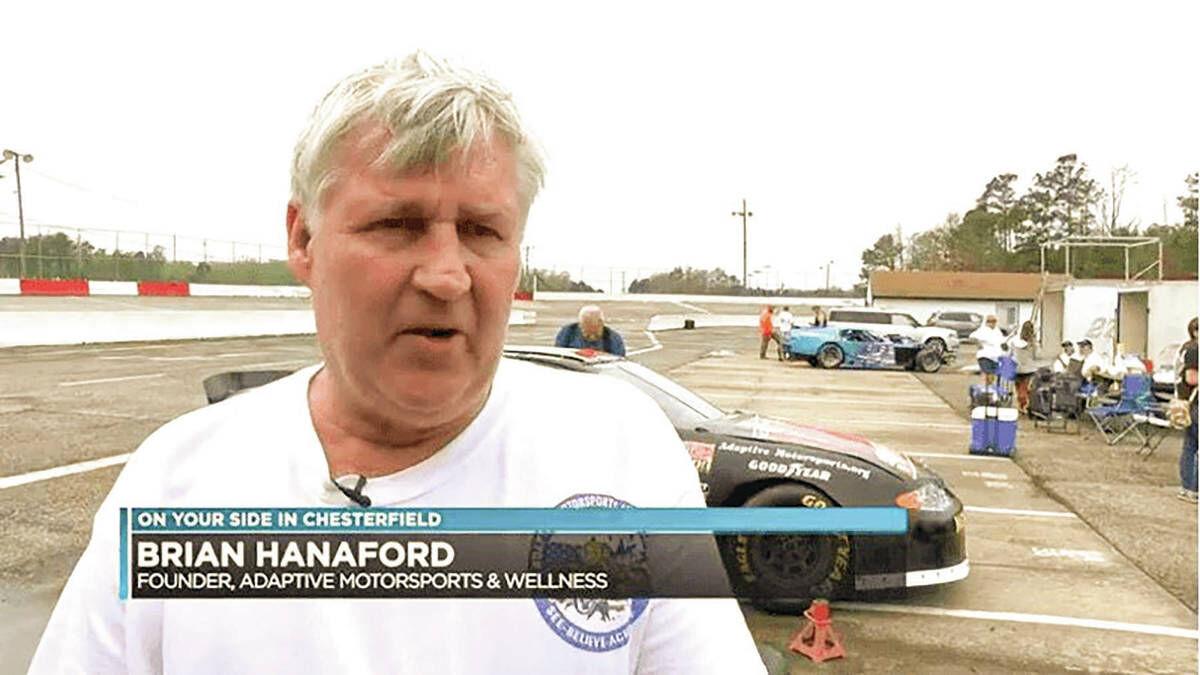 Brian Hanaford is interviewed by a television news crew. 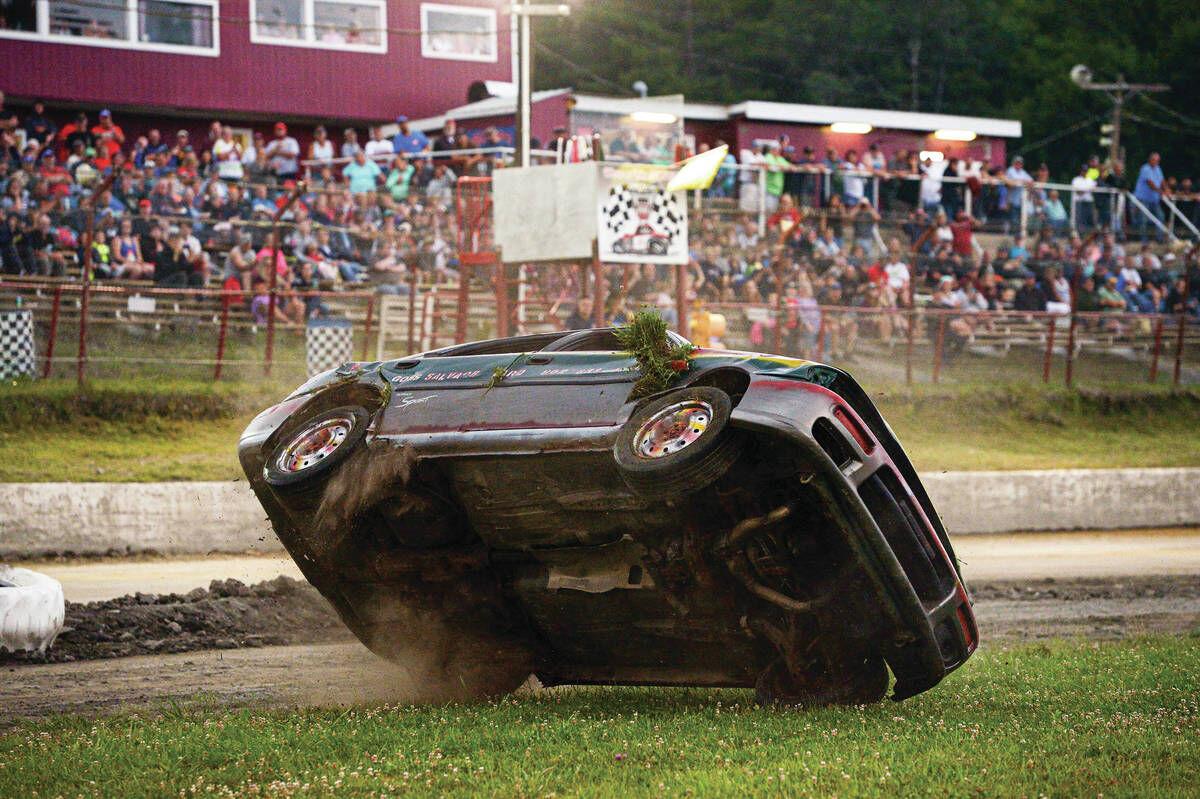 A boy at the Shriners Hospital for Children takes the wheel for a virtual driving experience made possible by Accessible Racing. (Courtesy Photo)

Brian Hanaford is interviewed by a television news crew.

GROVETON, N.H. — A special appearance by Accessible Racing at the Monster Truck Massacre at Riverside Speedway on Saturday is all about pushing through barriers and putting oneself in the driver’s seat despite a disability.

Brian Hanaford created Accessible Racing after experiencing a dark time in his life after suffering significant injury in a car crash. “Everything gets shattered in an instant whether it be a car crash or a combat injury,” he said.

He began to heal and discovered the importance of an attitude change. “By helping others I could take the self-pity away,” he said. “It felt a lot better focusing on someone else.”

Riverside Speedway owners Mike and Richard Humphrey are sharing their track Saturday to help Accessible Racing gain exposure for its behind-the-wheel outreach to people with disabilities along with its VXP II Driving Simulator. The extra attention is expected to be significant since the Groveton stop of the Monster Truck show is the only summer venue in the region that hasn’t canceled events.

A pit party Saturday at Riverside will begin at 1o a.m. and feature monster trucks and drivers for fans to engage with. Accessible Racing will also set up the VXP II Driving Simulator for its first public showcase and also have two race cars that are modified specially to give people with disabilities the thrill of driving a race car.

The cars will take to the track following the Monster Truck show, about 4 p.m. One of the cars will be chauffeured by Daytona 500 winner Geoffrey Bodine. Children will have a chance to ride and veterans with disabilities will be at the controls.

“The cars will start running at 4 and run under the lights until disabled vets are finished,” said Hanaford. “It’s not all about driving the racecars, its about breaking barriers and challenging oneself to get out of the comfort zone and improving quality of life.”

As for the driving simulator, what began as a training tool to prepare disabled drivers for the real driving experience in a modified racecar has taken on a life of its own.

“Along the journey Dr. Jeffrey Heckman did a proof of concept that showed the VXP driving simulator and stock car driving experience had an astonishing impact on a control group and it was evident the simulator was a segue to improved self esteem, self confidence and enhanced quality of life,” said Hanaford.

The goal is to use the simulator and create a virtual space for people with disabilities to experience.

“The secret sauce is establishing the social network that combats isolation, depression, addiction and suicide by strengthening inner forces,” said Hanaford. “Disabled Veterans have added challenges that seem overwhelming, the social network kicks open a new lease on life, most of all creates the ability to dream and achieve again that had some how died post injury.”

The Virtual World Adaptive Driving League will link VA hospitals and disabled Veterans. Southern New Hampshire University has dedicated two marketing classes and two Virtual World Esports classes to work with Dave Baskin, founder and director of NRA disabled Shooting Services. He is an inductee into USA Wheelchair Hall of Fame and Chairman of International paralympic committee (1996-2000). At 81, he is a mentor for Accessible Racing and is on the Board of Directors.

Showcasing the simulator on Saturday at Riverside will serve as the first public stage for the device. If COVID-19 is under control, the simulator will have a much bigger stage in Times Square in New York City. On Veteran’s Day, Accessible Racing will play off the Red Sox/Yankees rivalry and stage a simulator competition between the New England Veterans Administration and the James J. Peters Bronx Veterans Administration.

Filming done of the events Saturday will be used to promote the Times Square event, Hanaford said.

Rendever.com will have a film crew from Boston at Riverside to gather footage and conduct interviews of the participants. What they create from the experiences at Riverside will reach a wide audience, said Hanaford. “It will feature the hope and inspiration of the world’s only adaptive driving experience for people with disabilities,” he said.

One moment of the day’s events will feature St. Johnsbury resident Pete Racine. Part of the intermission of the Monster Truck action will feature the 95-year-old Racine attempting to roll a car at least twice.

Today from 4 to 6 p.m.Accessible Racing will set up outside the Aubuchon Hardware in Lancaster for people to learn more about their mission and see the cars.

US Sen. Markey, US Rep. Kennedy to meet in televised debate

Lawsuit challenges use of checkpoints miles from the border