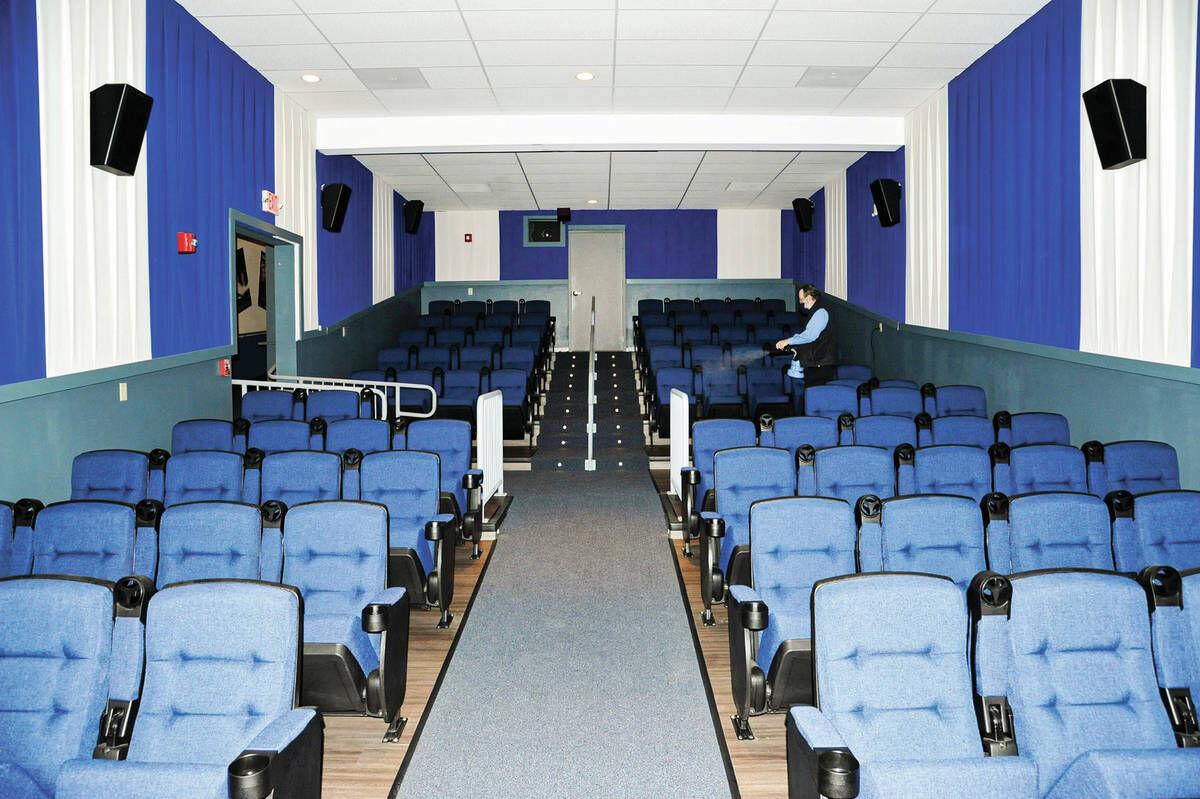 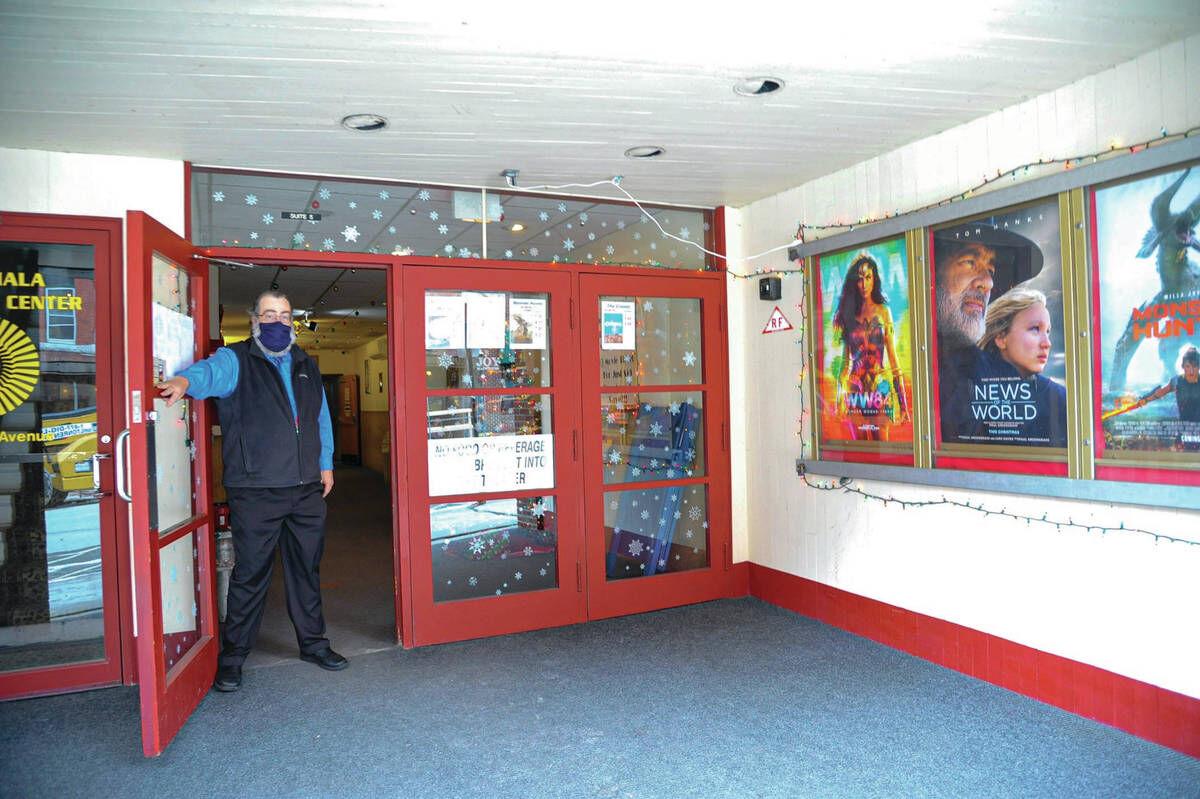 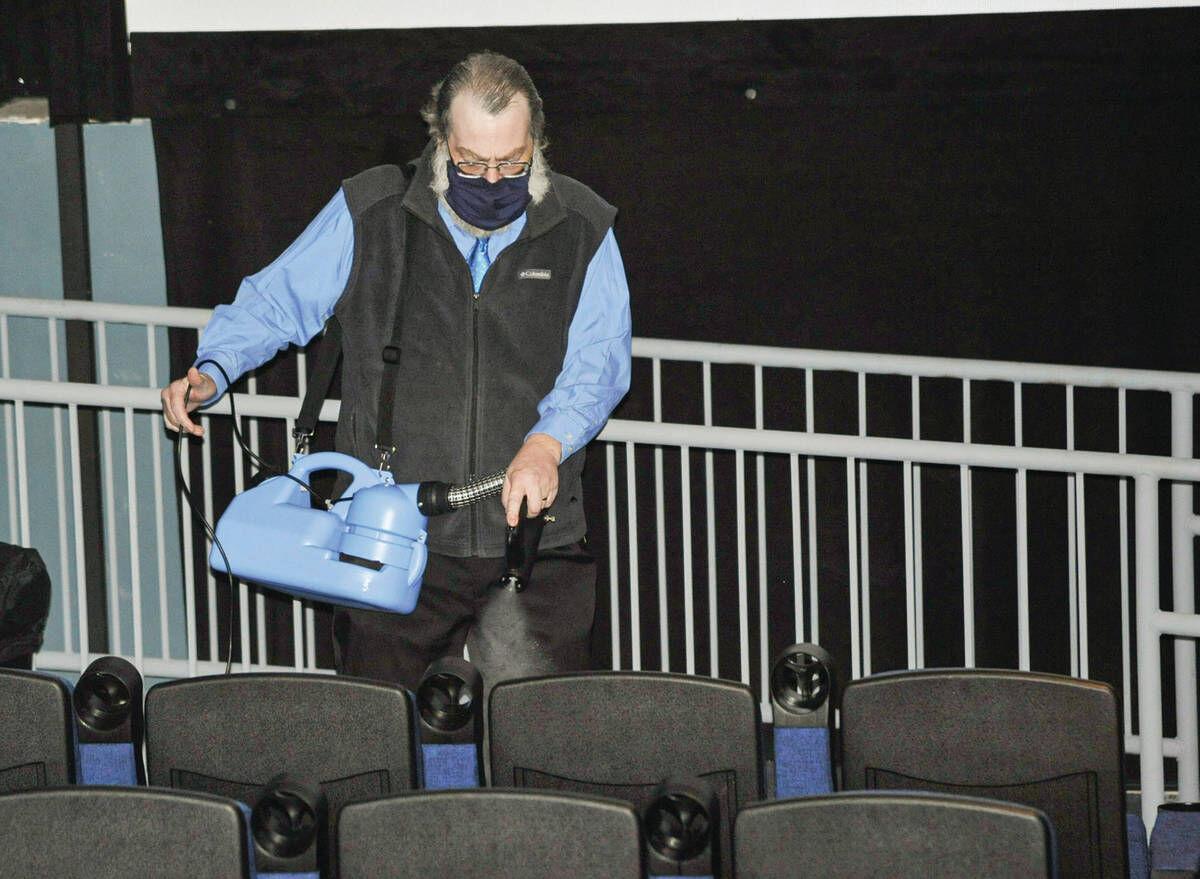 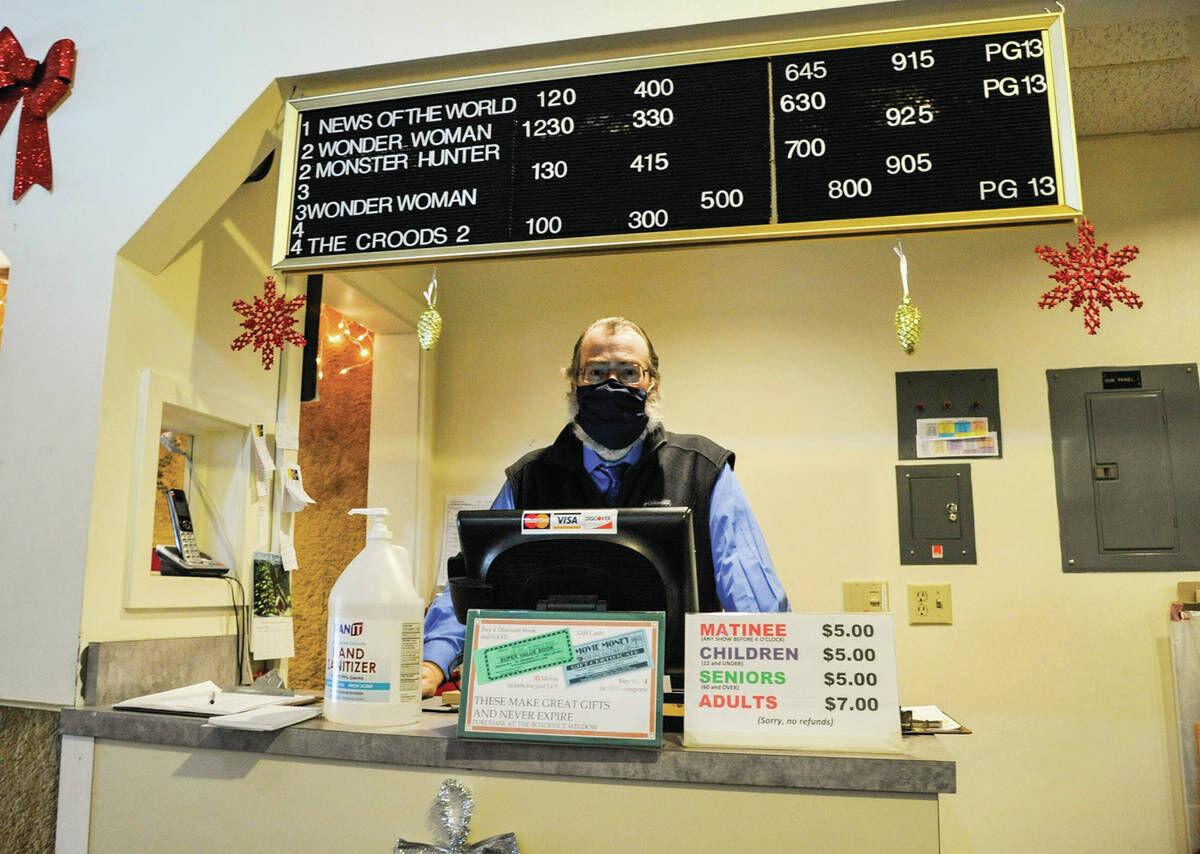 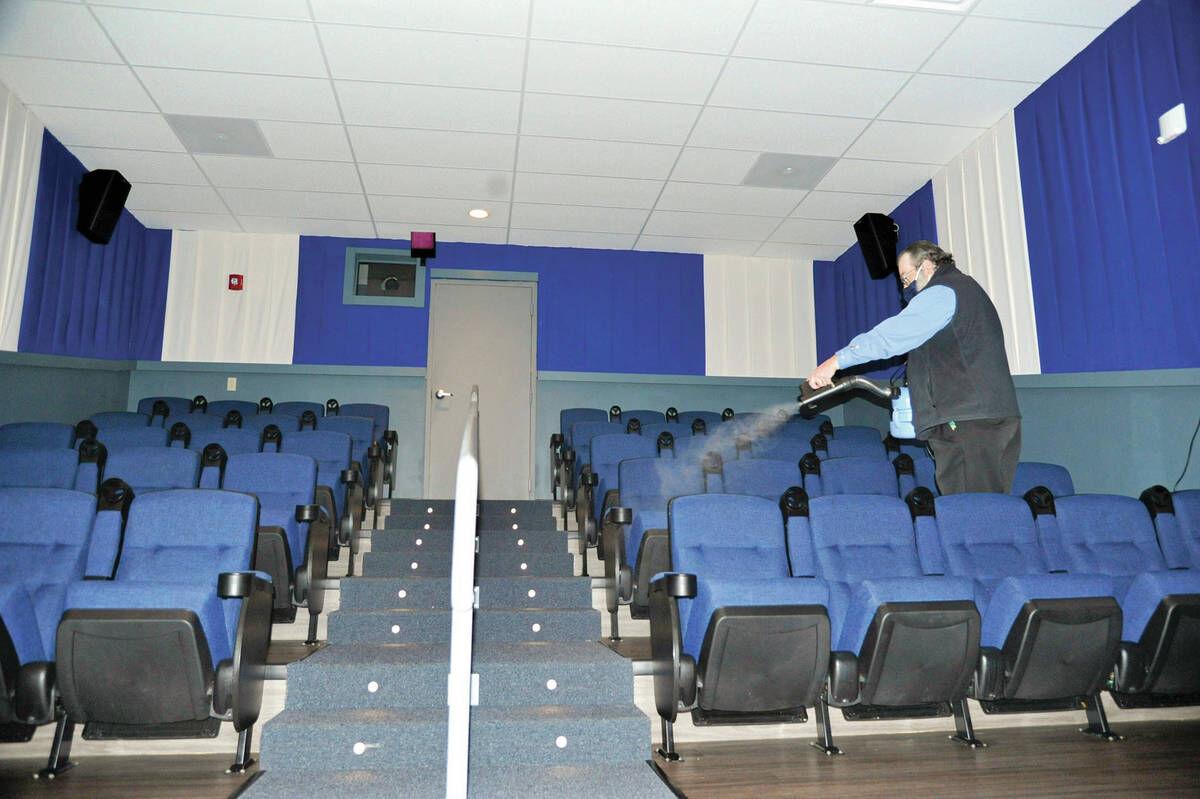 ST. JOHNSBURY — The first thing a moviegoer sees when walking into Star Theatre is some assurance that it’s a safe place to be.

Taped to the wall are five certificates bearing the names of the five employees who work there. Each of the people “successfully completed VOSHA (Vermont Occupational Safety and Health Administration) online training in methods of protection from COVID-19 virus in the workplace.”

There are other signs that the movie house with four screens is serious about keeping people virus-free while continuing to provide a source of indoor entertainment outside the home during a pandemic. Tape on the floor marks the safe distance between people waiting in line. A gallon jug of hand sanitizer is on the counter where tickets are purchased, next to a clipboard on which customers are required to log their names in case follow-up contract tracing is necessary. The concession stand, complete with fresh popcorn and other delicious staples of the movie theater experience, also features a box of disposable gloves and the directive that the concession workers don a new pair for each customer they serve.

The doors leading to the Star’s four auditoriums note the maximum number of movie-watchers each room can hold to allow for proper distancing while seated in the theater. Another sheet of paper on the doors reminds people to leave if they aren’t feeling well, stay away from other people not part of one’s household, and be masked.

Star Theatre Manager David Towle said masks are required upon entry into the building and must be worn in all locations except while seated in the comfort of one’s own theater seat.

“When they’re seated and enjoying buckets of our popcorn with real Cabot butter, [the masks] can come off,” he said.

There are also safeguards that are unseen like surface sanitation. Any touchable surface from the front door to the auditoriums to the bathrooms is frequently sanitized. A machine that propels a sanitizing mist is used to coat all the theater seats between shows.

It’s a significant investment of time and money to maintain such a high standard of virus safeguards, Towle said, but it’s necessary to provide protection and peace of mind for people who want to see a movie.

“I give credit to Al (Bulay, Star Theatre owner) for giving us all these resources that we are able to do this,” he said.

No other movie theatre in the region is open. City Cinema in Newport has been closed since the pandemic emerged last March. Jax Jr. in Littleton opened for a short time when gathering restrictions were loosened, but then closed again late in the summer as high-interest movie releases were delayed due to the pandemic.

Biden chief of staff vows 'message of unity' at inauguration

Bulay reopened Star Theatre on June 5, following nearly 11 weeks of closure due to COVID restrictions. He’s been open since, showing older popular films and screening the few new films when they’re released. There have been no “box office smash” movies released during COVID because the box office is still so limited by pandemic fears and restrictions, but for those movie houses like Star Theatre still open, a superhero emerged on Christmas day when Warner Bros. released Wonder Woman 1984.

The movie posted the strongest box office showing of any released during the pandemic despite so many theatres still closed.

Towle’s a fan. He said Wonder Woman has brought a lot of moviegoers back to Star Theatre. But she’s not the only new release available these days. Also now playing are: News of the World, starring Tom Hanks; Monster Hunter, an action adventure movie starring Milla Jovovich; and the animated feature, The Croods 2.

Towle said he was thrilled when a local daycare brought a group of 19 people to watch the Croods movie earlier this week.

Towle, who took over in October when long-time Star manager, Ken Mattei left, said when people feel confident in pandemic safeguards they’re willing to venture out.

“People need to have confidence that we have a safe place. People need assurance,” said Towle. “A lot of people are leery at first at the thought of going to a public place, but then they realize the precautions we are taking.”

Bulay said he is glad his theatre can be a safe place to enjoy a movie outside the home, offering “the escapism so badly needed by folks during these unfortunate times.”

Towle said customers are thanking the Star staff for opening the doors for moviegoers.

“People have been cooped up and they want to know there’s a place that is safe, and now they know we are safe, they’re coming and bringing their friends,” Towle said.

Democratic Party history from the year you were born

Worst TV show released the year you were born

100 colleges with the best ROI

Art history from the year you were born

50 ways air travel has changed over the last 100 years

Community colleges whose graduates earn the most money