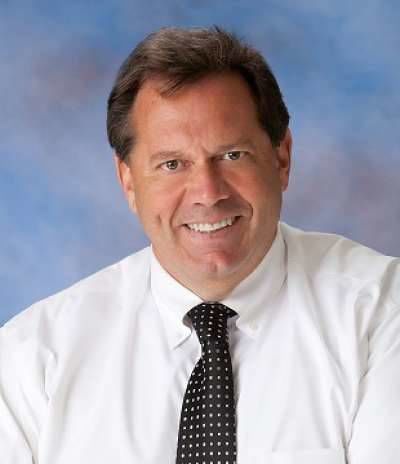 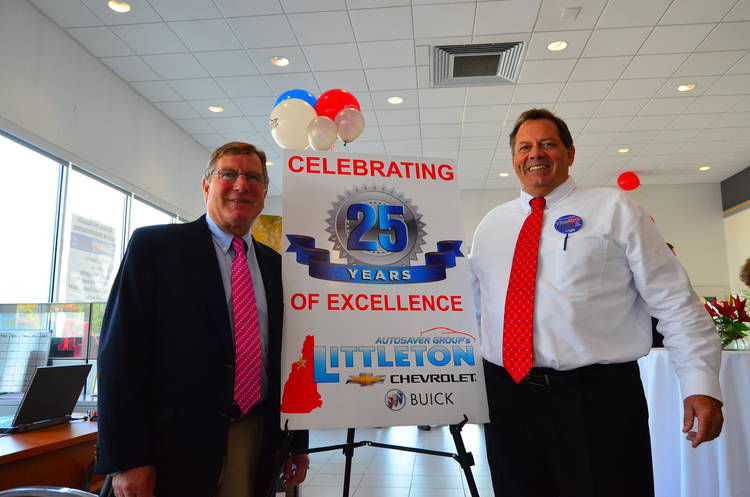 Abel Toll, left, and Ronney Lyster, owners of Littleton Chevrolet, were thanked by scores of community leaders during the dealership's 25th anniversary celebration in July 2017. (File Photo by Robert Blechl)

Abel Toll, left, and Ronney Lyster, owners of Littleton Chevrolet, were thanked by scores of community leaders during the dealership's 25th anniversary celebration in July 2017. (File Photo by Robert Blechl)

Friends and community members are mourning the loss of Ronney Lyster, co-owner of Littleton Chevrolet and The Autosaver Group, who helped build a business that today employs more than 500 people and whose generosity helped improve communities.

Lyster died unexpectedly of natural causes at his home in Bethlehem on Sunday. He was 63.

“He will sorely be missed by many,” Duane Coute, general manager of Littleton Chevrolet and a friend of Lyster’s for more than 30 years, said Monday. “He was selfless, caring, and would do anything for anybody. He was willing to give people chances and would look at a person in a different way than somebody else would.”

Philanthropy was important for Lyster, and giving publicly, through his business, and privately, as a resident, went hand in hand for him, said Coute.

Coute spent much of Monday fielding emails and text messages about Lyster.

“The biggest thing everyone is writing about is this community has a lost a great person, and it’s not just our community, but many communities,” he said.

Darcie McCann, director of the Northeast Kingdom Chamber of Commerce, said, “Ronney was that rare individual who was a business giant on both sides of the river. He was extremely well-respected, was very friendly, and felt a deep commitment to improving the economic vitality in northern New Hampshire and the Northeast Kingdom. He will be incredibly missed.”

Chad Stearns, branch manager of Mascoma Savings Bank in Littleton and former executive director of the Littleton Area Chamber of Commerce, called him one of the “most generous people I’ve ever met.”

“Numerous times I came to Ronney with a need to help out with an event or program and he always came through, in the clutch,” said Stearns. “He was very community-oriented.”

Lyster, who spent his summers growing up in Bethlehem at the Midacre Farm his grandfather had owned, moved to Bethlehem permanently not long after attending the University of New Hampshire. In the early 1980s, he entered the automobile business.

“He loved to tell the story of how he was a logger and got his chainsaw stuck and left everything there and decided to do something else, and decided to sell cars,” said Coute.

Lyster did not shy away from hard work, and entered the business by joining the team at Wayne Ford, in St. Johnsbury, now the location of Twin State Ford. At Wayne Ford, he worked his way up to general manager.

Ten years later, in 1992, he partnered with Wayne Regnault (owner of Wayne Ford), Abel Toll, and Roger Haines to purchase, at auction, the dealership that would become Littleton Chevrolet.

Lyster and Toll went on to form The Autosaver Group, which today has 12 and soon to be 13 dealerships in New Hampshire, Vermont, and New York.

In addition to Littleton Chevrolet Buick, they include Crosstown Motors and Autosaver Imports, in Littleton; Newport Chevrolet Buick GMC and Northpoint Auto, in Newport, Vt.; Quality Mitsubishi, in St. Johnsbury; and Capital City Kia in Montpelier.

“He and Abel had a plan that has been very successful,” said Coute. “They found businesses that were under-performing and bought them when they went up for sale. They have a platform of knowing how to turn them around. Ronney was very good at that.”

Lyster believed in giving back, and as a businessman and community member, donated to schools, towns, churches, nonprofits, and other organizations, Coute said.

“He was also very committed to Bethlehem and to making Bethlehem a better place for everybody,” said Coute.

That commitment was no less deep at his dealerships.

“One of his biggest attributes was he really and truly cared about everyone on the team, all of the people who worked for us,” said Toll, who knew Lyster for four decades.

Lyster, he said, had a keen business sense, could read people well, and was detail-oriented.

That partnership involved hands-on management through which they spent many hours at their dealerships, he said. Lyster didn’t direct operations remotely from the telephone, but was at work beside everyone else, doing what it took to run a good business, he said.

“He will sorely be missed by the whole organization,” said Toll. “We will carry on, as he would want us to, and not take our eye off the ball. Not having him here with his support and ideas is going to take a lot of getting used to.”

Coute’s professional relationship with Lyster goes back 26 years, when he started working at Littleton Chevrolet, and their friendship spanned more than three decades, beginning in high school, when he bought his first car from Lyster.

After graduation, Coute left the North Country, but came back after encountering scarce job opportunities elsewhere.

He then spoke with Lyster, who gave him a job at Littleton Chevrolet.

“He helped me sell my first car on the first day,” said Coute. “I honestly owe it to him. I’ve learned a lot. He taught you how to do it the right way. It was his way, but the right way, and I still feel the same after all these years.”

He called Lyster a phenomenal and very giving friend.

Stearns recalled the time when as chamber director he went to Lyster for a campaign to save the Littleton Christmas parade.

“I was scrambling to find funds to cover unexpected expenses,” said Stearns. “Ronney, without blinking an eye, said, ‘don’t worry, we’ll make sure the parade goes on.’ He cut a check and that was that.”

“He will certainly be missed in this town and in the area,” said Anderson. “He probably helped more people without anyone really knowing it. He was that kind of person.”

Lyster’s passing was brought up at Monday’s Littleton Board of Selectmen’s meeting, where selectmen honored him with a moment of silence.

“Over the weekend, Littleton lost a friend of the community, a local businessman who through his personal and business life gave a lot to Littleton,” said Selectman Schuyler Sweet. “Ronney will be missed.”

Lyster is survived by family members Philip A. and Mary Lyster, his parents; his brother, Philip; and sister, Bonnie.

In July 2017, Littleton Chevrolet marked its 25th birthday at the dealership, a celebration that drew residents and community leaders who recognized a company they said has provided jobs, added to the town tax base, and invested in communities to make them successful.

At that celebration, Lyster said there are many people to thank for Littleton Chevrolet’s success.

“The people that deserve the most credit are the employees,” Lyster said. “We’re in the car business, but it’s really the people business.”

We were devastated to learn late Sunday of the passing of Ronney Lyster.

I never had the chance to meet Ronney, however autosaver group has been a very good customer to our small electrical contractor business. We have had the pleasure of working on two of their projects in the last 1 1/2 years. It's clear that Ronney and Abel had a goal to help many people and three states with jobs, charity, and great automotive deals. Local guys that make it big are hard to come by and Ronney you made it big. You will surely be missed, hopefully Abel and the gang can pick up the slack. Thanks Ronney and the entire crew of autosaver group.