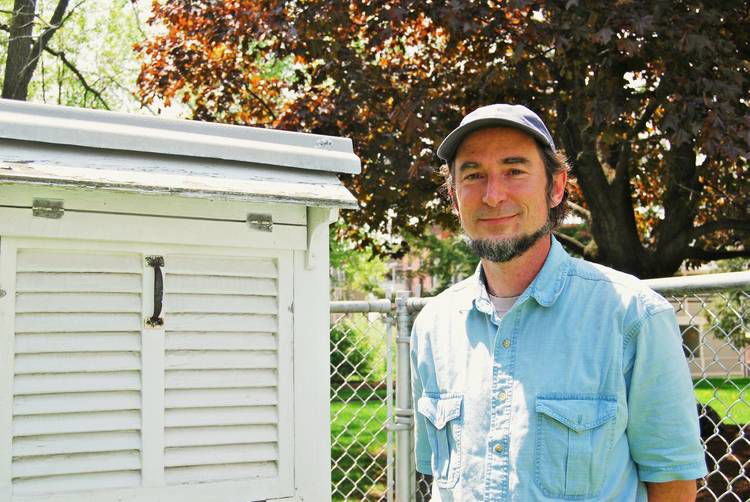 Steve Maleski, longtime meteorologist on Eye On The Sky at the Fairbanks Museum, is being treated for leukemia at Dartmouth-Hitchcock Memorial Hospital. (Photo Courtesy Fairbanks Museum) 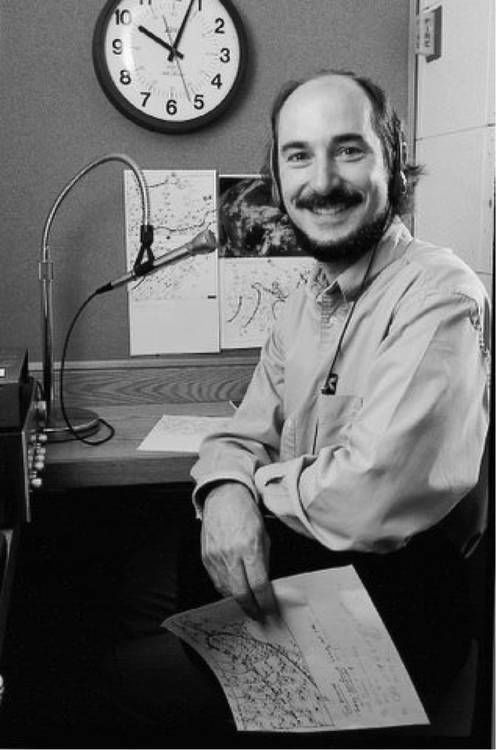 Steve Maleski, longtime meteorologist on Eye On The Sky at the Fairbanks Museum, is being treated for leukemia at Dartmouth-Hitchcock Memorial Hospital. (Photo Courtesy Fairbanks Museum)

ST. JOHNSBURY — Steve Maleski, the first meteorologist on staff at The Fairbanks Museum & Planetarium’s Eye on The Sky weather show on Vermont Public Radio, recalled witnessing an approaching thunderstorm when he was about five years old.

“At that moment I remember thinking, ‘I’m going to be a weatherman,’ almost as if someone were speaking to me. From that time, I always knew what I wanted to do,” Maleski is quoted saying on the museum’s website.

Maleski arrived in the Northeast Kingdom to attend Lyndon State College’s meteorology program in 1978, and except for a three-year stint working for The Weather Channel in the early 80s, has been a familiar voice on the popular Eye on The Sky radio program since the early 80s.

Maleski, 62, of Sutton, was diagnosed with acute leukemia earlier this fall. He is being treated at Dartmouth-Hitchcock Medical Center, said his partner, Tena Starr.

Friends and fans have been sending a deluge of well-wishes to Maleski at the Fairbanks Museum, reported Mark Breen, Maleski’s co-worker and friend since the two met at Lyndon State College in the late 70s.

On Friday, Breen shared his and Maleski’s long personal and professional history.

Maleski laid the groundwork for the Eye On The Sky show and was almost immediately snatched up by a new show, The Weather Channel, in early 1982, recalled Breen.

The two knew each other well enough that Maleski reached out to Breen about replacing him on the 2-month-old Eye On The Sky.

“Even as he was starting (Eye On The Sky), he was talking to one of our former college professors about going to The Weather Channel. It wasn’t even on the air in 1981, it was being developed,” Breen said of Maleski taking the opportunity to move to Atlanta and work for the new weather television station.

“Because this program had started (Eye On The Sky), but he was leaving, he actually sought me out at Lyndon. I was still a student, but he felt that I was kind of the right person to do this,” Breen said. “My first thought was I didn’t want to get up at 4 o’clock in the morning.”

That was more than 36 years ago and Breen is by now firmly an early morning guy. “I still get up early, and I still like it,” he said of the gig he’s held since he was 21 years old.

Breen said Maleski worked in Atlanta for three years while the Eye On The Sky “really kind of gathered quite a bit of momentum.”

Breen said that reuniting in 1985 with Maleski began a long friendship and working relationship that continues today.

“Steve is very thoughtful, he has kind of a thorough and very scientific sort of approach to the weather,” said Breen, but he also has always mixed in deep thought, which Breen attributes to Maleski’s first college degree, in philosophy from the University of Connecticut.

Breen said, “One of the things that I’ve always admired about Steve is that he has excellent weather memory, and I don’t. Obviously we write down all the weather here at the museum, I can look back at things, but Steve has this wonderful ability to recall specific storms and specific details of those storms.”

Their work together came to a halt in late October after the leukemia diagnosis.

On the Eye On The Sky Facebook page, “We’re hearing from dozens and dozens of people, they’ve heard about Steve and ask, ‘What can I do?’ that type of thing. He has stacks of mail,” said Breen.

Last Tuesday, Breen went down to Dartmouth to visit Maleski, “He was having a good day,” he said. “Readers would probably be appreciative to know that while he’s gone through very vigorous treatment, the day I visited with him we sat for more than an hour, and we laughed, and he was in really good spirits.”

The job is very public and Maleski is an institution, but Breen described him as a “reluctant celebrity.”

“He never went into this with any thought of that type of thing,” said Breen. “He loved the weather, he loved sharing the weather and that’s what he does. By virtue of that, effectively we have this very well listened to program on Vermont Public Radio.”

Breen said since the news of Maleski being ill went public, “Steve has these truly stacks and stacks of mail from all of these listeners who have listened to him since 1985. For over 30 years he’s been part of the fabric of people’s lives.”

Letters and cards continue to pour in for Maleski.

“He said to me that he’s gotten so many letters and words of support that he has to get better - he doesn’t have a choice,” said Breen.

Charles Fergus, of Lyndon, knows Maleski first from listening to his forecasts. They’ve been friends for about a decade and have sung together for about five years now.

He said, “It’s probably obvious from his radio voice that Steve is a tenor, and he is a really good tenor. He’s very musical, he’s got perfect pitch and a great ear for harmony. ”

“The thing about Steve is he goes way beyond meteorology in his interests, he’s interested in films, he’s interested in books, he’s interested in philosophy,” said Fergus. “On top of all of those things, he’s just a really friendly, open, giving kind of a human being. I’ve not known a whole lot of people as great as Steve Maleski. We keep in touch with occasional emails and I send him information about what the weather’s doing, from looking out the window.”

Fergus said, “I can’t wait to harmonize with him again as soon as possible.”’

Through Starr, Maleski offered this comment for readers today, “Some days are up, some days are down, but the general progression is upward.”

Starr said, “He is finishing his latest chemo treatment and will have a second bone marrow biopsy in about a week. The medical staff will make a decision on how to proceed with treatment following that. As it stands, he will not be able to come home until January. He said that, in general, he’s resting comfortably, is still in an isolation room, and will be for the foreseeable future because of a flat immune system caused by the chemo.”

Cards are welcome, but phone calls or visits - except from close friends or associates - are too much for Maleski at present, Starr said.

Of the outpouring of good wishes, she said, “He greatly appreciates all the good will that’s being sent his way. It means a lot to him to know that he and his work have meant something to others. He’s taken that work, which is his passion, so seriously over the years.”

“If you know Steve, you know he’s the best of men and is grateful for all acts of kindness,” said Starr. “Maybe one good thing that could come out of this illness is for everyone who is concerned about him to make it a point to perform a small act of kindness on his behalf.”