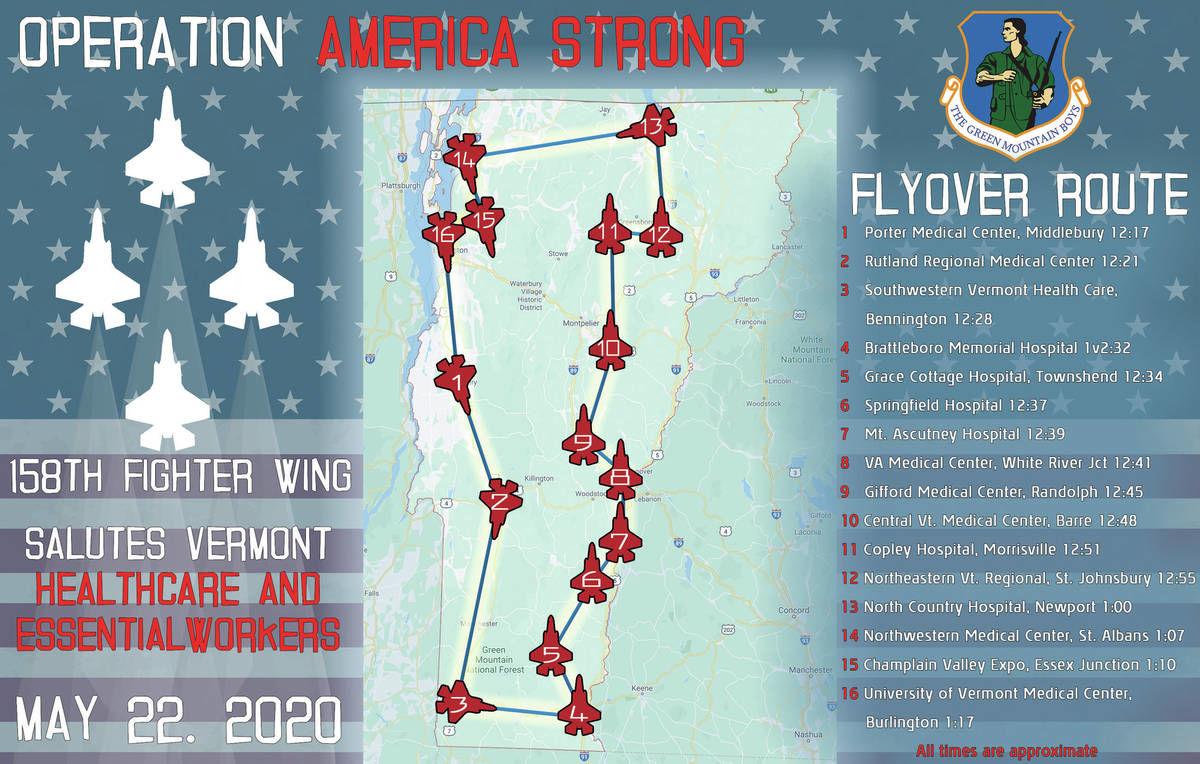 This graphic provided by the Vermont National Guard notes the times when four F35s from the 158th Fighter Wing will fly over hospitals in Vermont. 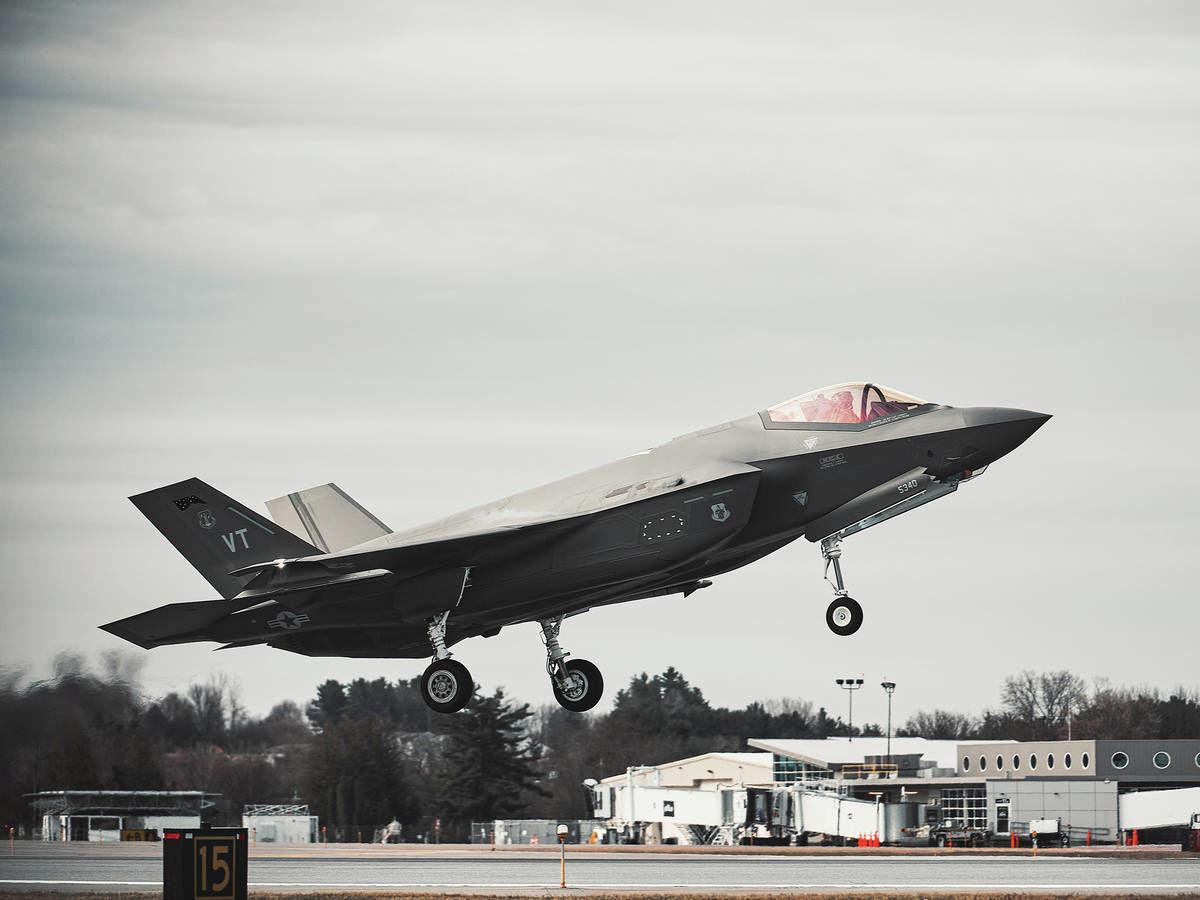 This graphic provided by the Vermont National Guard notes the times when four F35s from the 158th Fighter Wing will fly over hospitals in Vermont.

NORTHEAST KINGDOM — The skies above Northeastern Vermont Regional Hospital and North Country will rumble with a military salute today as the 158th Fighter Wing of the Vermont Air National Guard honors front line COVID-19 responders and essential workers with a flyover.

The announcement was made on Thursday that the National Guard will scramble four F35A Lightning IIs from the Vermont Air National Guard Base in South Burlington on Friday morning. They’ll take a path that has them flying over 16 hospitals and medical centers in Vermont. From take-off to landing, the entire flight will last only 90 minutes. It will cover the entire state.

The flyover is part of Operation America Strong, an Air Force effort to salute healthcare workers across the country.

“On behalf of the Air Force and the Vermont Air National Guard, we are proud to recognize and pay tribute to our healthcare professionals, essential personnel and first responders throughout Vermont,” said Col. David Shevchik, Commander of the 158th Fighter Wing. “This flyover is in honor of their professionalism, selfless service and commitment to our state and citizens when we need them most.”

It is expected that the F35s will be at an altitude of 1,000 to 1,500 feet. That’s roughly twice the height of the Washington Monument.

The National Guard is asking anyone making the effort to witness the fly-overs to maintain all social distancing guidelines and refrain from traveling to hospitals or gathering in large groups.

Staff at both NEK hospitals are planning to step outside for the fly-overs if possible, according to Wendy Franklin, Director of Communications at NCH, and Laural Ruggles, public information officer for NVRH.

“I’ll be out there,” said Ruggles. “There’s just been so much community support for hospitals and health care workers in geeneral, and this is a pretty big salute. It’s very fitting with Memorial Day coming up.”

North Country Hospital CEO Brian Nall added, “The sounds of jets flying by resonates well with the hard work of all our employees, in addition to the support of our community.”