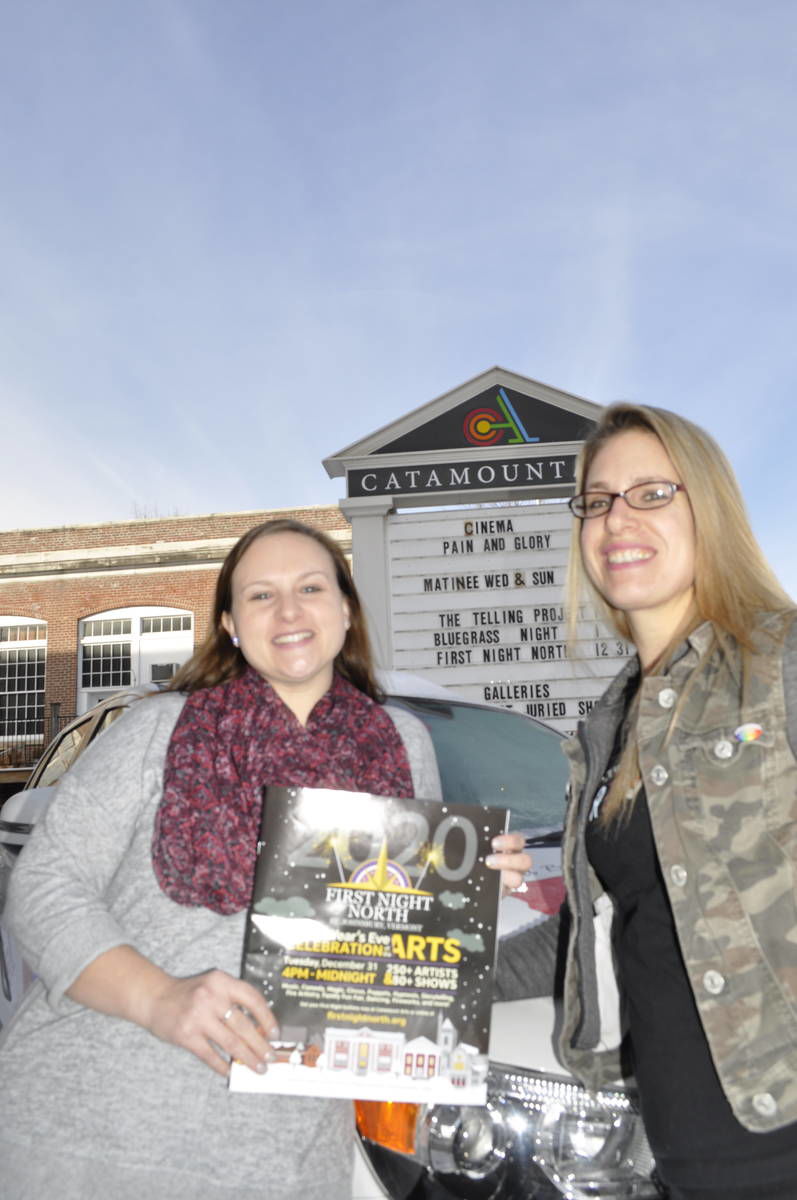 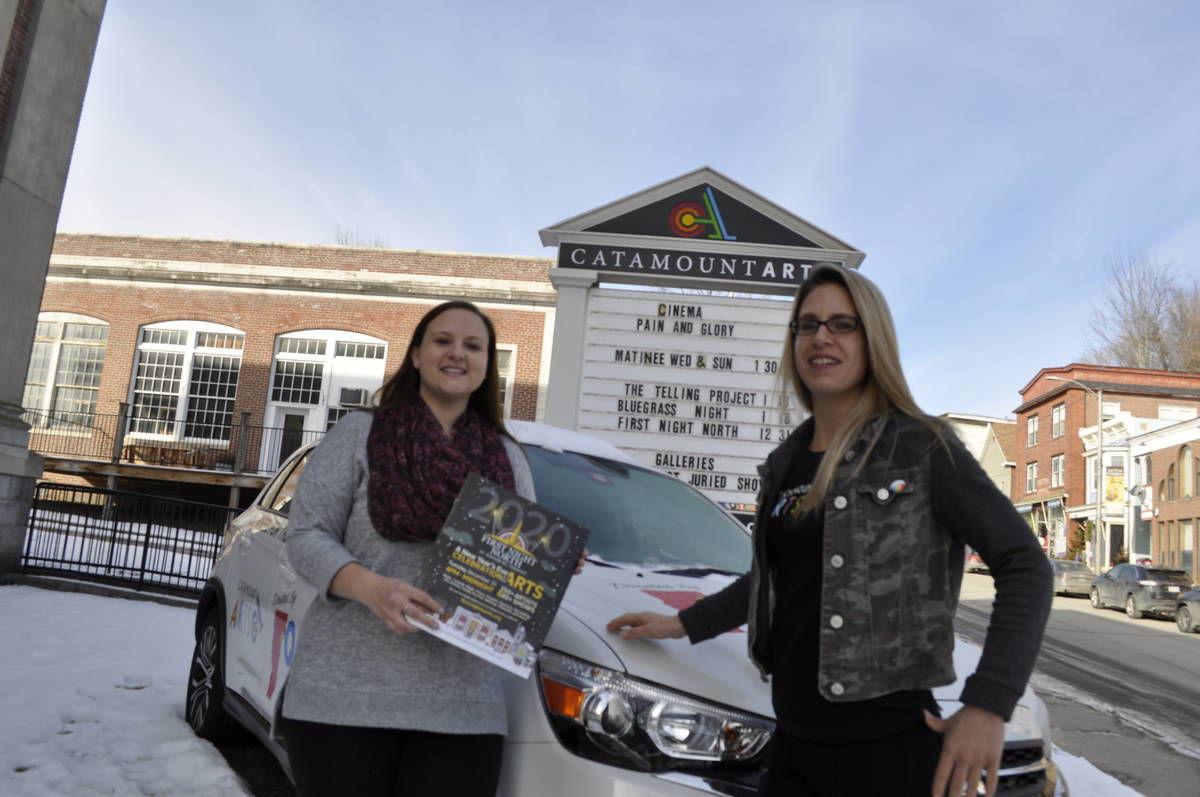 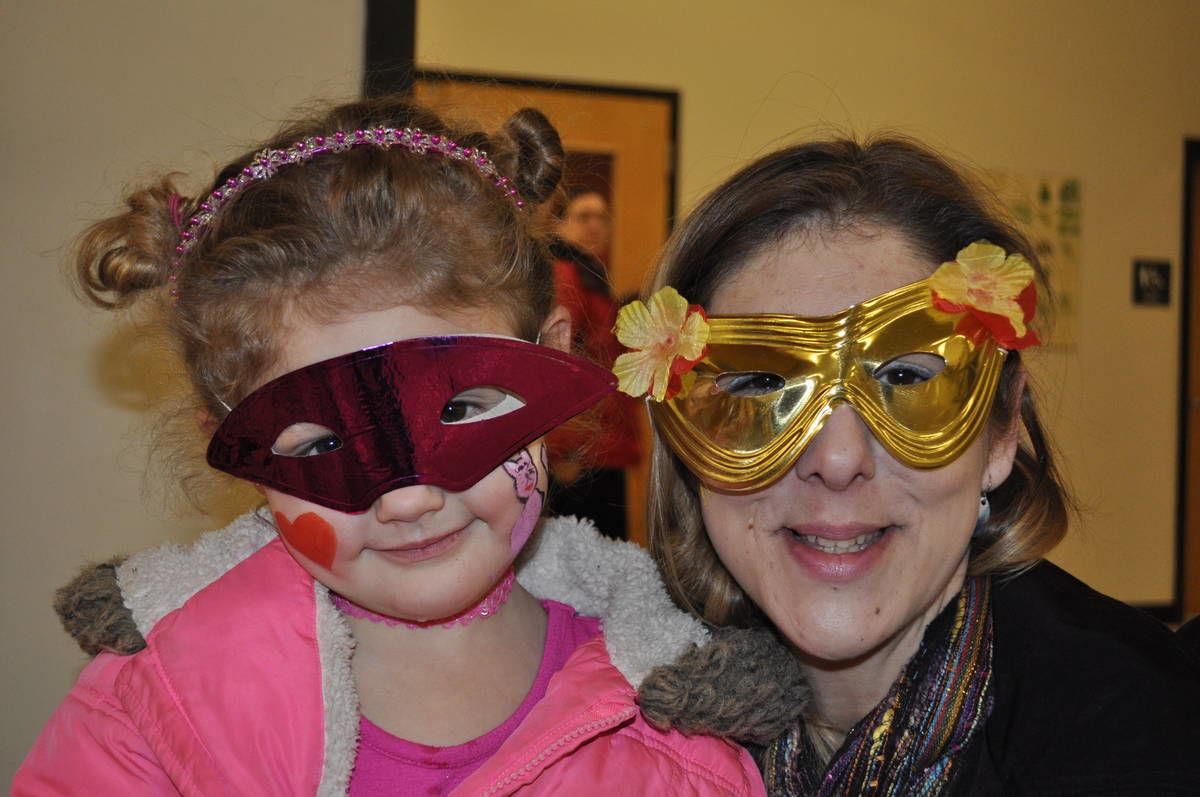 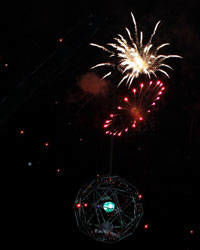 A total of 83 shows with more than 250 artists will fill the last night of 2019 with acrobatics, music, magic, hypnosis, comedy, marionettes, planetarium shows, a handbell ensemble, dancing, fire arts, fireworks, and food from around the globe.

“We have a lot of new entertainment,” said First Night North Coordinator Ashley Van Zandt. There are a total of 11 new acts this year, along with a half-dozen shows that have performed before, but are back after some time away, including the Nimble Arts Circus.

Many family-friendly shows and activities, plus the by-donation pancake supper hosted this year by the St. Johnsbury School PTO, are all planned at the St. J School, from 4-8 p.m.

Kingdom All Stars, a student band, will perform at the St. J School with a show from 6-8 p.m. with an intermission. The All Stars will host multiple student musicians from other programs during the showcase of youth talent, including EPIC program musicians, during the second half of the show. EPIC Music is a program of Catamount Arts that provides instruments and ensemble musical instruction violin and cello.

The Rural Community Transportation shuttle bus which runs through town to all the venues - and can also be flagged down anywhere on First Night - will be joined with a second bus, from Butler’s Bus Company.

The car raffle sponsored by Catamount with a donated Mitsubishi Outlander Sport from the Autosaver Group will be drawn at 7:45 p.m. in front of Catamount Arts on Eastern Avenue. Tickets are still on sale through First Night, and are $50 each or 3/$100.

There are musical entertainers to cover every taste from Celtic to folk, a Grateful Dead-inspired band, funk, classic rock, bluegrass to country, Cape Bretton music, and more, said Van Zandt, promising there is something for everyone’s taste. Two new acts are Jus’ Cuzz, “you got it, they’re cousins!” she said, at Catamount at 9 p.m., and Comfort Country at 8 p.m. at the United Community Church.

Many familiar acts will be back, too, including Bob Amos, Tritium Well, Ashley Miles and the Chamberlain Sisters, among others.

Entertainers Enjoy Being Entertained, Too

Entertainers enjoy both performing, and then reveling themselves.

Kate Davie, who performs with Fifth Business, a local group whose “eclectic repertoire (includes) English pub songs … and a preference for songs about rural living,” said Thursday, “Fifth Business has been playing various First Night North venues for about a half a dozen years now, even that really cold year!”

“We enjoy this opportunity to share our taste in traditional music with people who might not want to commit to a whole evening of pub songs, morris tunes, and the less tasteful side of folk music - until they have heard it! We love to sample the local music scene, check out the new top billing acts, and be amazed by the fire dancing,” said Davie.

Bob Amos & Catamount Crossing’s performance at the United Community Church at 9 p.m., follows his duo with his daughter, Sarah at 8.

“I’ve performed at First Night with my band for 14 years in a row,” Amos said. “It is one of our favorite shows of the year. There is something special in the air on First Night, and we are delighted to be a part of it…. It’s always a blast.”

Justin Lander will perform with the Modern Times Theater this year, and he and his partner have performed earlier at First Night North with Vermont Vaudeville.

“What I love about being a part of it is that the vibe in St. J is unlike any other night of the year,” Lander said on Friday. “The streets are bustling, and the city is bursting with a good feeling of civic pride. The city was built to be that way every day, and it’s just about the only might of the year that you can see it.”

Montpelier comedian Kathleen Kanz said, “I”ve been part of First Night North for four years. My enduring memory is kids in the front row in snowsuits with their parents a row or two back. All are smiling. When a boy or girl likes a particular joke they turn around to their family to confirm approval and all agree.”

“I love the fact that the community opens up all these great venues. I’ve loved playing in the churches especially,” said Warnaar. “When I have time I’ve loved catching all the talent that lives in my community.”

Jay Sprout, president of First Night North, said First Night is rooted in the first such celebration in Boston in 1975.

“The concept soon spread to over 200 communities across the country and abroad,” said Sprout. “First Night came to St. Johnsbury in 1993 when a federally-funded drug abuse prevention program called the Community Partnership created a First Night celebration.”

Sprout said, “Now called First Night North in St. Johnsbury to emphasize its appeal throughout the Northeast Kingdom, New Hampshire’s North Country and beyond, it is the only licensed First Night celebration in Vermont.”

“I know of no New Year’s Eve celebration of any kind, in the state or even in all New England, that offers a greater number of shows at so many venues within easy walking distance. I believe that what we have here is truly unique,” said Sprout.

Tickets can be bought at Catamount Arts online at www.firstnightnorth.org or in person and will be sold the night of the event as well, and are $25 for adults, $15 for students. Preschoolers are free.

Volunteers are critical for the event, and are still needed; call the same phone number, ext. 107, Martin Bryan, to offer to help, and get a free admission button good for the whole night. Most volunteer shifts are just a two-hour commitment.