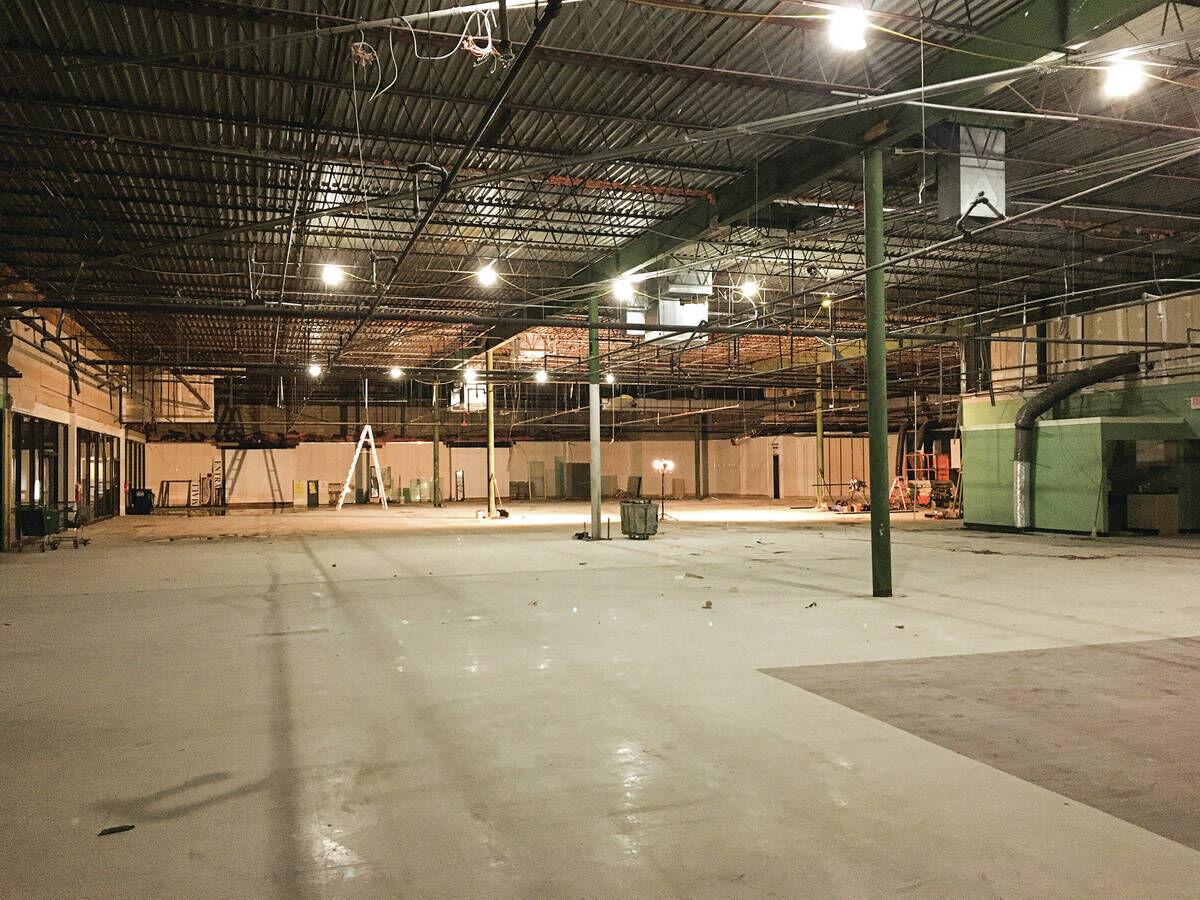 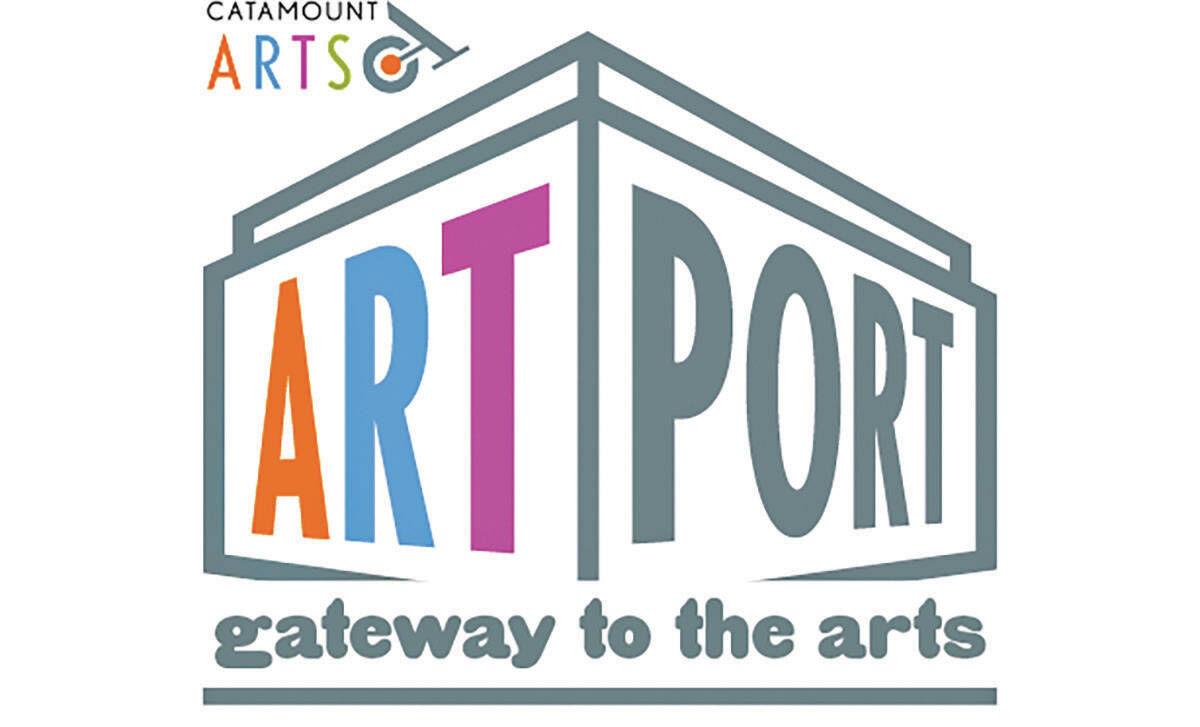 Catamount Arts logo for its new arts and entertainment performance venue at the Green Mountain Mall in St. Johnsbury Center. 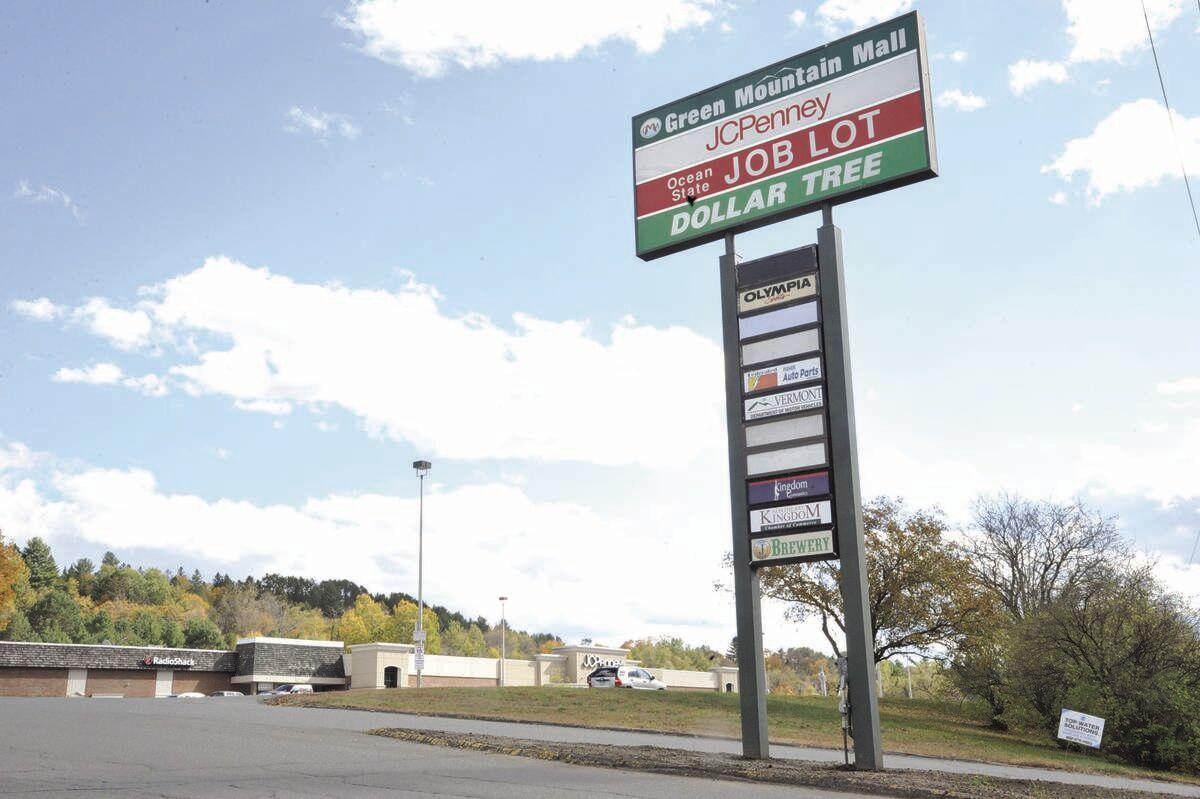 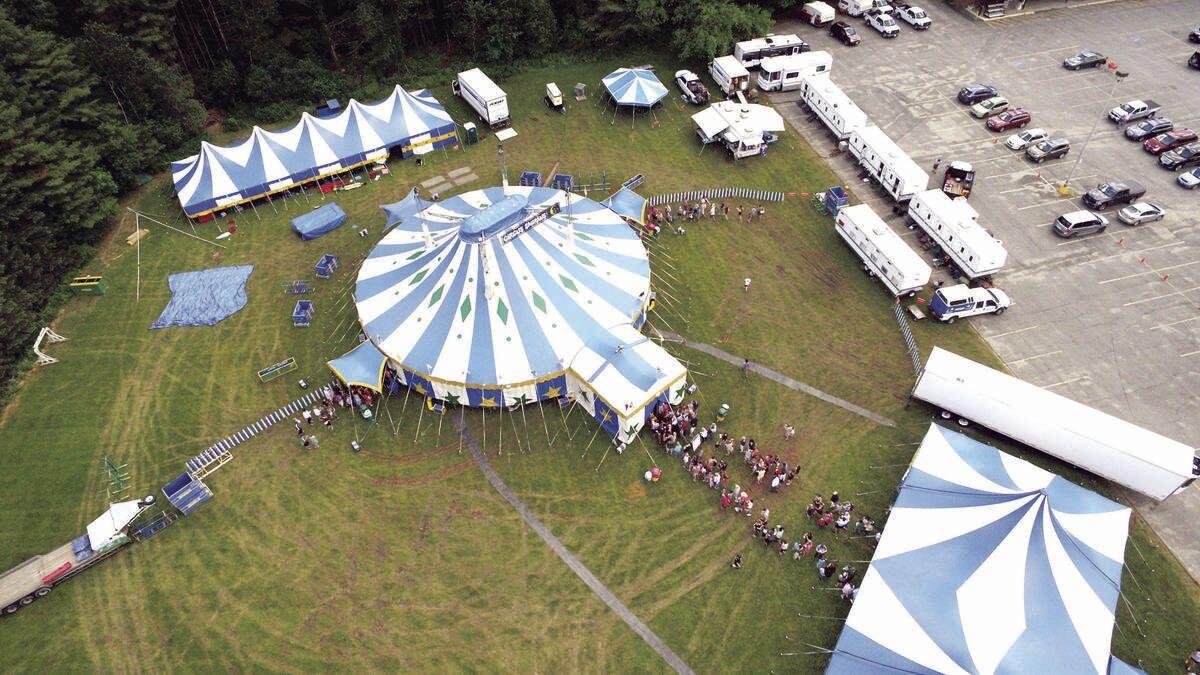 In this file photo from July 2, 2019, Circus-goers file into the Big Top near the Green Mountain Mall in St. Johnsbury Center for the first of four shows Circus Smirkus will perform in town. The inside of the mall will soon be a venue for entertainment as Catamount Arts plans to us 24,000 square feet of space for events. (Aerial photo by Dana Gray)

Catamount Arts logo for its new arts and entertainment performance venue at the Green Mountain Mall in St. Johnsbury Center.

In this file photo from July 2, 2019, Circus-goers file into the Big Top near the Green Mountain Mall in St. Johnsbury Center for the first of four shows Circus Smirkus will perform in town. The inside of the mall will soon be a venue for entertainment as Catamount Arts plans to us 24,000 square feet of space for events. (Aerial photo by Dana Gray)

Fried said the name “ArtPort” came out of a staff brainstorming session. It references the large open space that feels like an airport hangar and the idea of being transported into an entertaining experience when you enter.

The space Catamount Arts is using once held three retail tenants. Healy said the businesses most recently there was Sears, Habitat for Humanity and Fashion Bug. The walls that separated the spaces are now gone, creating the wide-open area for Catamount.

The news comes weeks after JCPenney announced its decision to vacate the mall after four decades of business there.

In making the announcement of the mall space plan, Catamount identified the ways COVID impacted the arts organization and the ways it adapted to provide entertainment and programming.

“Staffers scrambled to adapt what they could, hosting EPIC Music lessons one-on-one or online and gearing their annual film slam with SOCAPA to quarantined families,” noted Catamount officials. “Catamount created new programming practically overnight to keep all sectors of the community engaged, entertained, and connected.”

Schumer: Nobody said it would be easy, but it is done

The mall plan comes will a recognition that the shows must go on even as the pandemic lingers.

“The short answer is, we’re hoping for sun and preparing for rain,” Fried said. “We’re repurposing the Green Mountain Mall space with social distancing and aggressive ventilation in mind. ArtPort will bring live events back in a way that doesn’t compromise safety or leave us hamstrung if the virus doesn’t go away.”

“The NEK will have an innovative new indoor performance venue that allows our community to safely experience the arts in the future,” he said.

Healy said creating an entertainment venue in the mall is in keeping mall redevelopment efforts. “The Green Mountain Mall is pleased and excited for the ArtPort venue,” he said. “As we move forward to redevelop the center, a key component will be entertainment. Repurposing space from retail to experiential is a trend seen throughout the country and we believe the ArtPort indoor concert pavilion will serve as a draw for audience members throughout the region.”

Said Fried, “It’s a really cool model for Vermont and our region to repurpose retail space … The opening of the ArtPort is really an opportunity to change to dynamics at the mall.”

As for what types of events the ArtPort project will host, Fried says the sky’s the limit. “It’s basically an enormous warehouse, 24,000 square feet. It’s like an airplane hangar. We can pull the mobile stage in, we can accommodate food trucks, we can hang [gallery] shows, screen movies, maybe bring in cabaret acts and theater.”

There is no event on the calendar at this point because the concerns of the pandemic are still high. Fried said Catamount staff will be communicating with the Department of Health and relying on guidance from the Agency of Commerce and Community Development in their event planning.

Fried said the real ambition for ArtPort is bigger than mere entertainment. “The creative sector will play a major role in our community’s recovery, both economic and otherwise,” he said. “We’re very excited to see what we can do here. Stay tuned.”

That is a great idea!

Best Pixar films according to critics

100 best action movies of all time

U.S. cities with the cleanest air