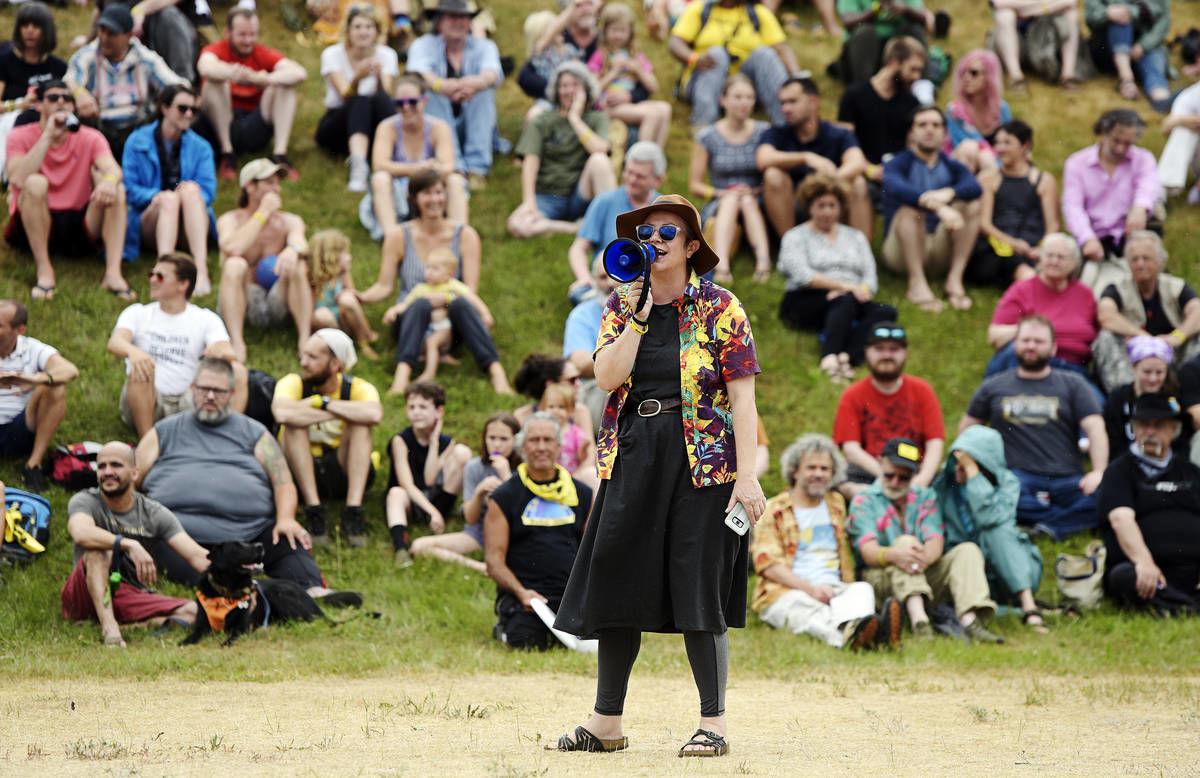 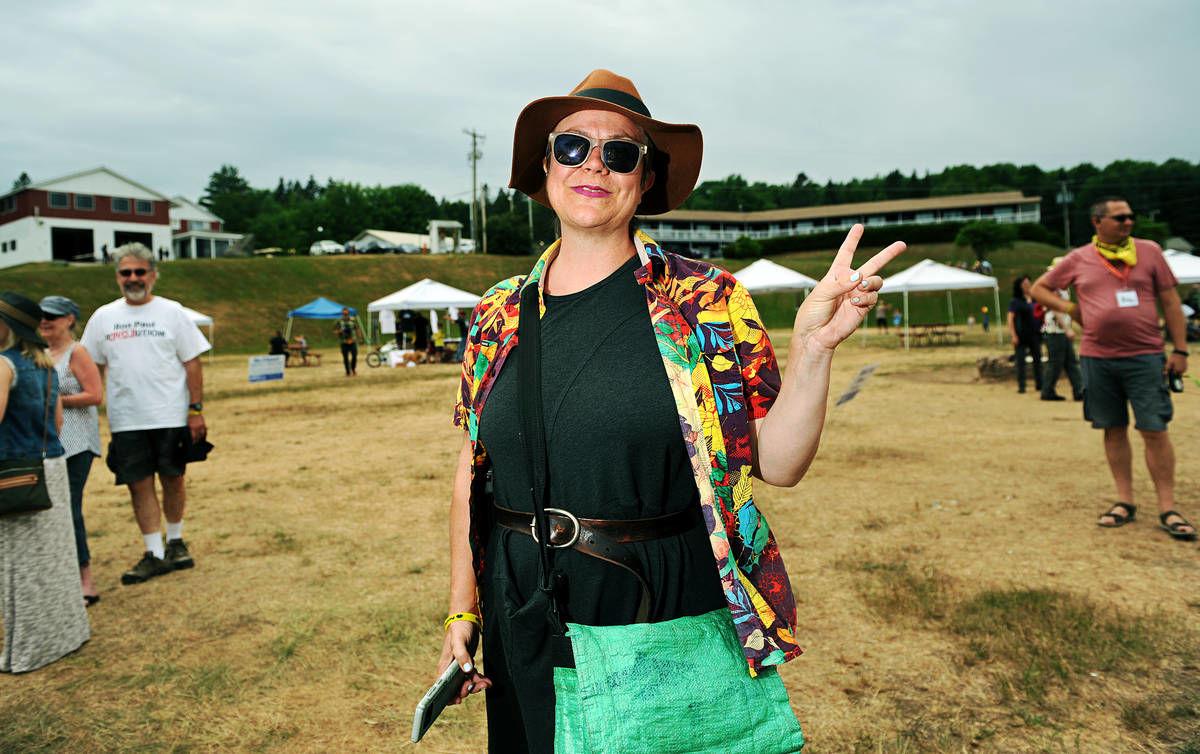 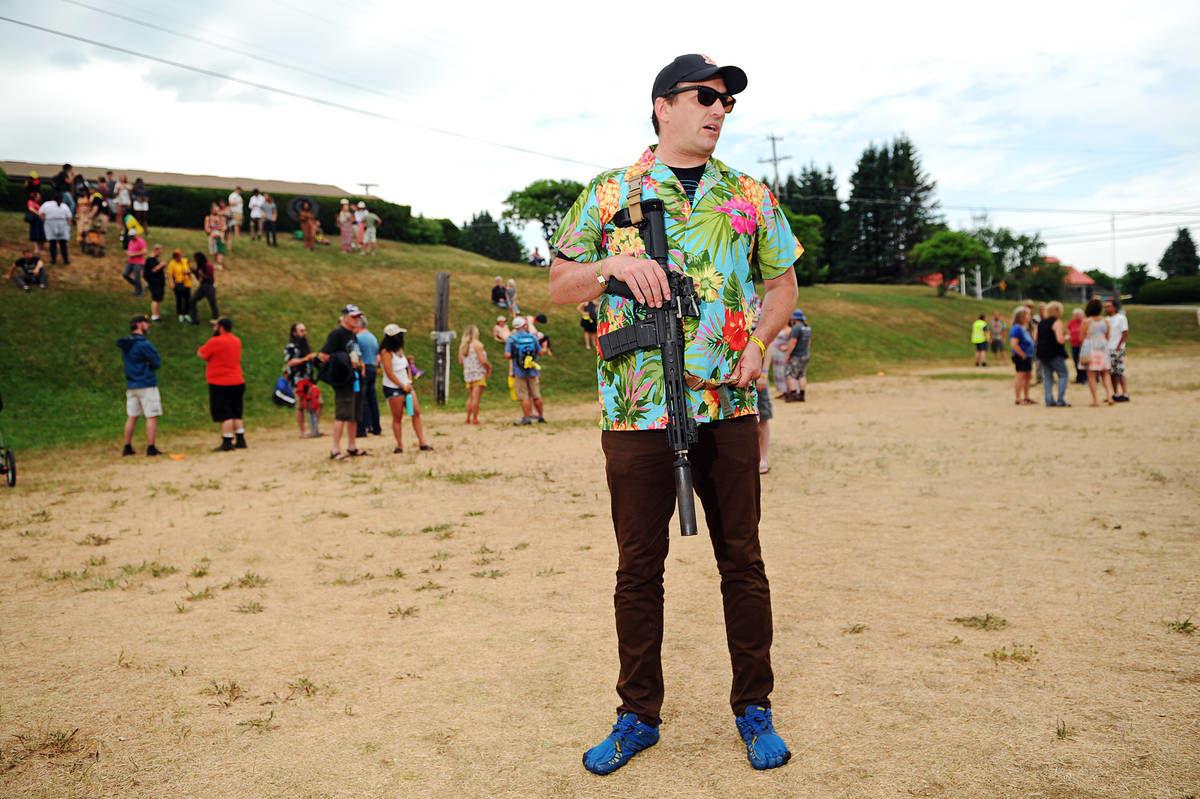 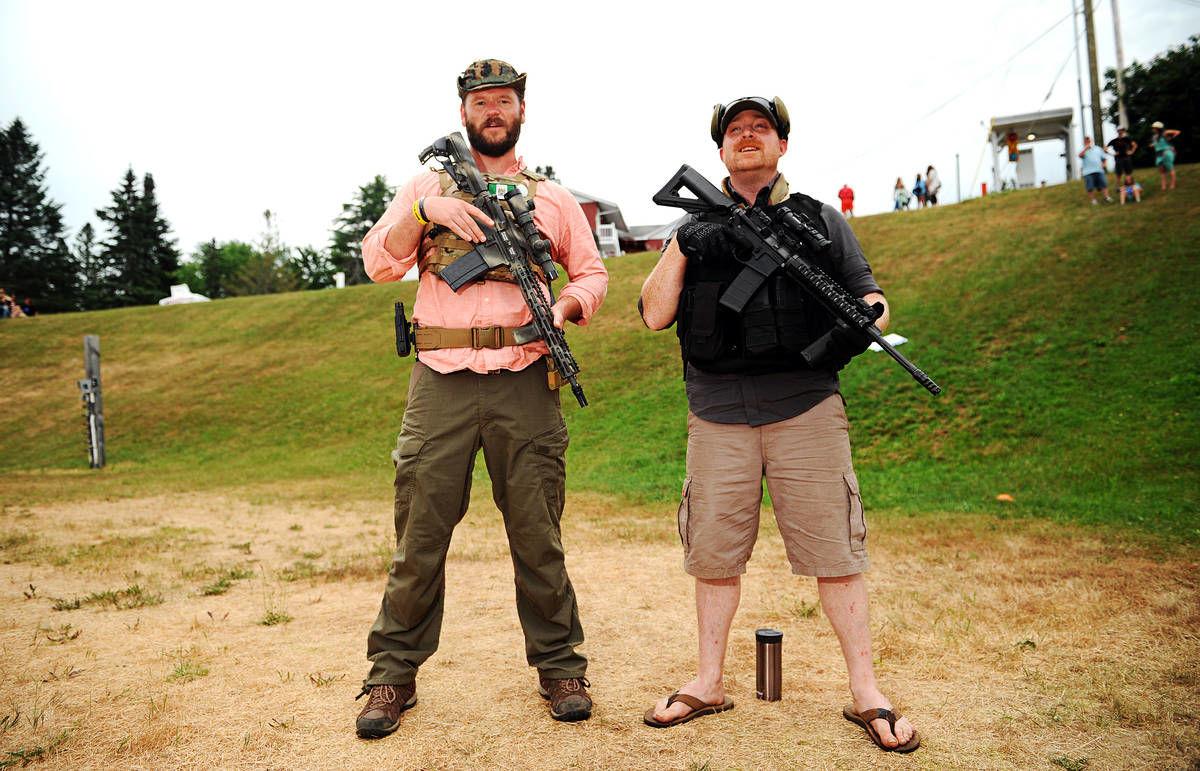 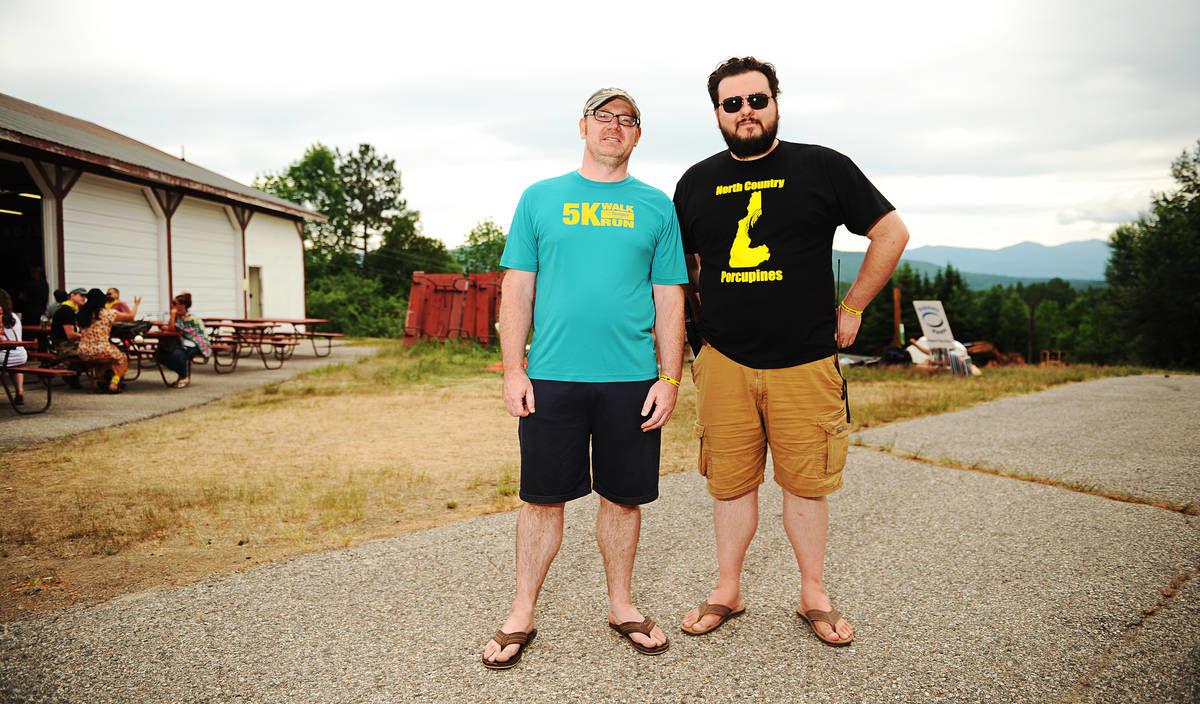 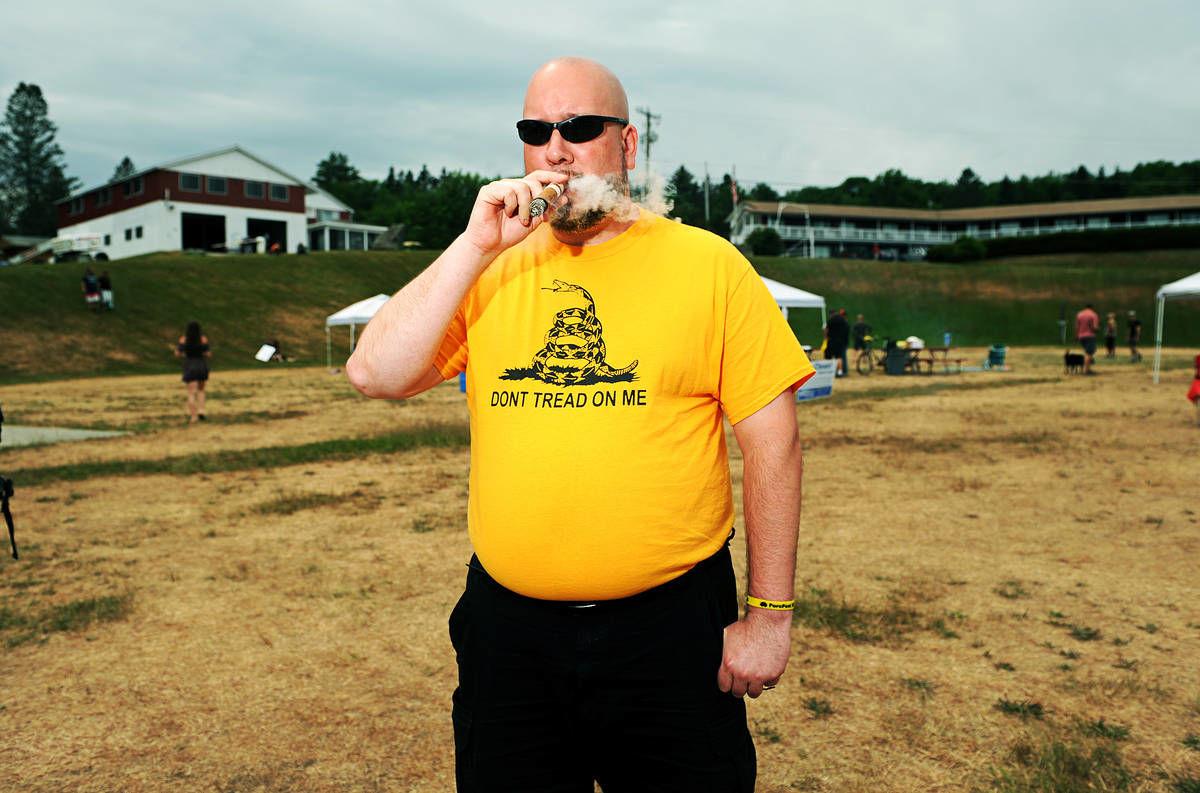 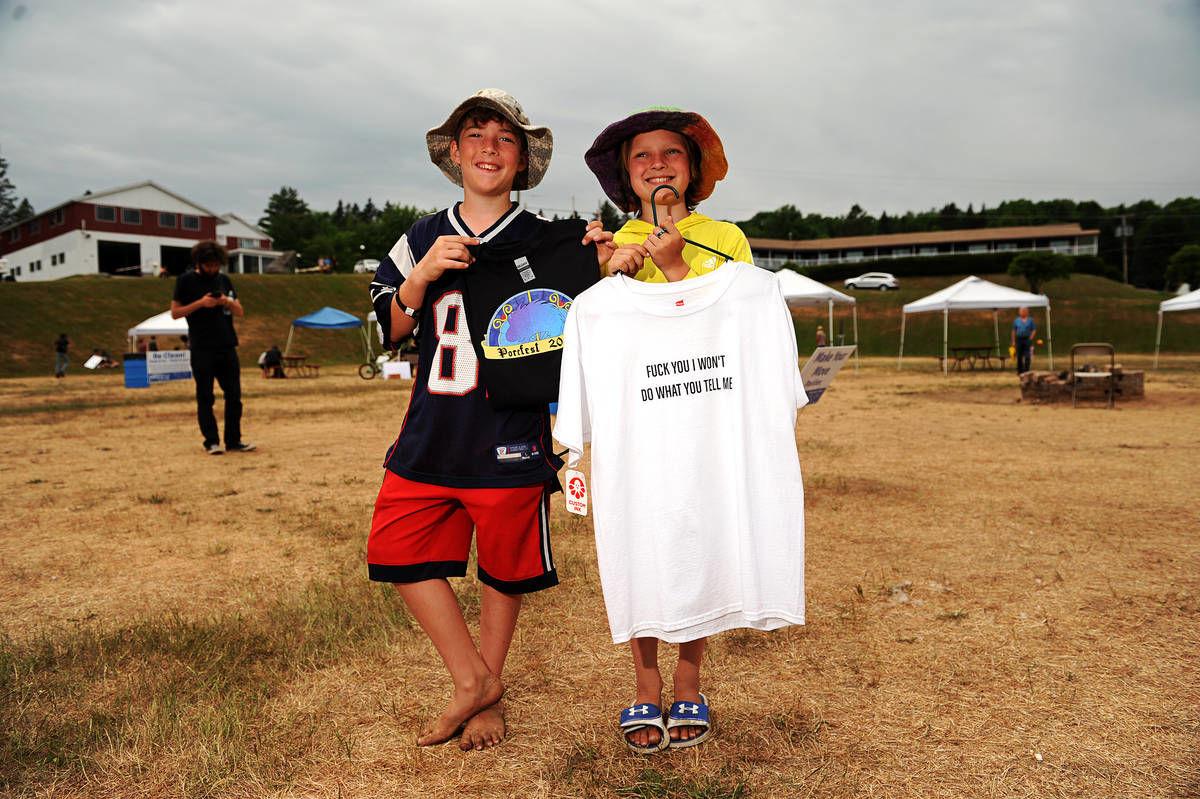 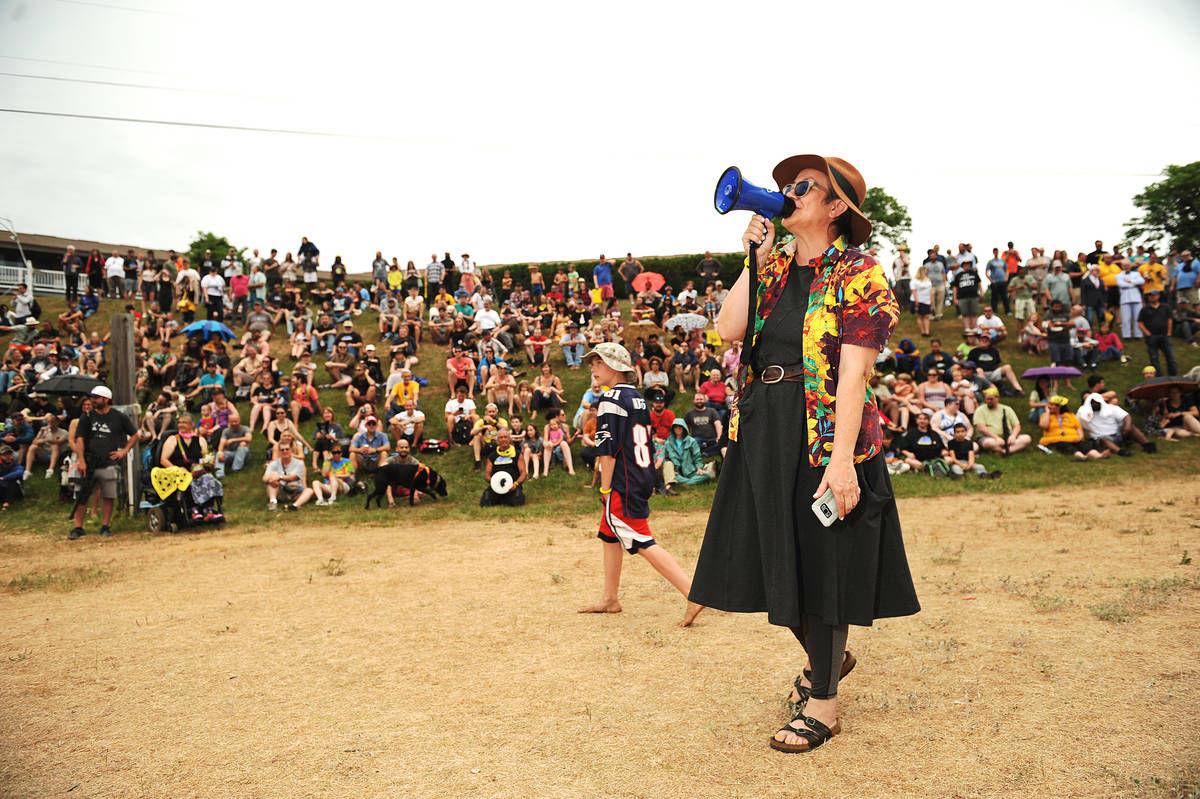 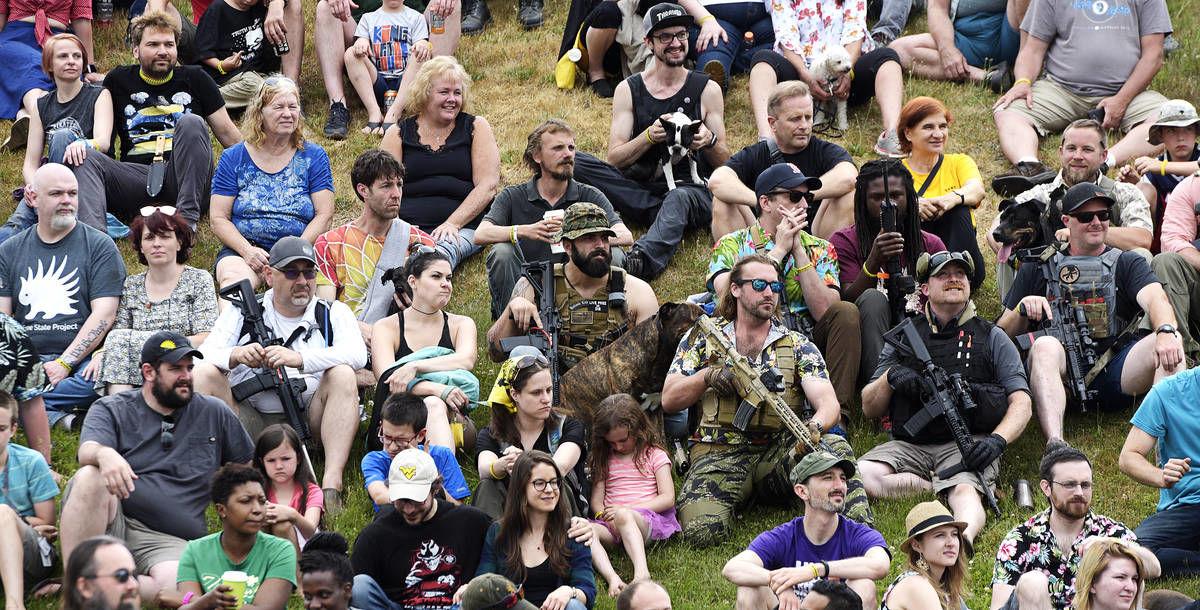 For years, those ideas put libertarians on the fringe of American politics.

The ongoing Re-open and Black Lives Matter protests — aimed at scaling back government and curbing police powers respectively — have thrust libertarian beliefs into the spotlight.

“I think Libertarians are the people in the middle,” said Carla Gericke, president emeritus of the Free State Project, created to recruit 20,000 libertarians to move to New Hampshire. “We’re the ones who actually do believe in ‘live and let live, don’t hurt other people, and don’t tell me what to do’.”

Last week more than 1,000 libertarians gathered for the 17th annual Porcupine Freedom Festival at Roger’s Campground in Lancaster to celebrate liberty in all its forms.

Many carried guns, went without masks, and expressed a desire to keep the government out of their lives.

Current events were woven into PorcFest.

There were talks on police reform (one was titled “The Whole Rotten Bunch And What YOU Can Do”) and discussions critical of the government response to the COVID-19 crisis (including a public soap box called “Reopen New Hampshire: Freedom Rally”).

“I think there are a lot of angry people,” said Gericke about today’s political climate, noting that Libertarians “are people who have already channeled that anger, we’ve sort of processed it already, and we know what the problems are. So we get together at PorcFest to talk about the solutions.”

Gericke, who is running against 11-term incumbent Lou D’Allesandro (D-Manchester) for the District 20 State Senate seat, said she hoped public dissatisfaction with the Democratic and Republican parties would lead to stronger support for third party candidates.

Kihslinger is a Free State Project participant. He and his family moved to the area from Wisconsin two years ago. This was his third PorcFest.

“What I like about this event is it’s super relaxing,” he said. “You can be yourself, you can disagree and say whatever you want, express your opinion.”

Meanwhile Beaulier is a registered Republican and candidate for the Grafton One House seat representing Littleton and Bethlehem. He said he appreciated the different points of view at PorcFest.

“I mean, this is one of the biggest political events in the North Country. Earlier today there was a talk about school choice. And there’s people that come up from think tanks in Washington, D.C., they’ve had articles published in the New York Times and they’re talking about these policy issues at a high-end level, and it’s right in my own backyard,” said Beaulier. “So it’s really interesting seeing some of the people and personalities that come out. Some of them I agree with, and some of them are like totally nuts, but you get a really interesting mix of people.”

He pointed to mainstream New Hampshire Republican ideals that are embraced by PorcFest — such as support for gun rights, school choice and a vibrant free market economy — but said he appreciated that the event wasn’t simply an echo chamber.

Said Beaulier, “You have people with radically different ideas about what government means and they are all talking about them in a constructive way.”

PUBLIC HEALTH: Most North Country summer events were canceled due to the pandemic.

“From the start I decided this was a first amendment [and] second amendment protected assembly, and that regardless of which orders were in place, we would proceed with something,” Gericke said, noting that New Hampshire’s stay-at-home order expired on June 15.

Most PorcFest attendees were from outside the area (including COVID-19 hotspots like southern New Hampshire and Massachusetts) and the majority did not wear masks or maintain six feet of social distance.

Those who wanted to maintain social distance wore orange bracelets, but none were visible on Saturday. It is unclear how many ventured into local communities. A group excursion to Littleton’s Main Street was scheduled for June 25.

Those with underlying health concerns were asked to accept the risk or stay home in order for others to live freely, she said.

“The no masks, for a lot of us, it isn’t event a statement. We’re just living our lives. We don’t live our lives in fear, we live our lives in liberty,” she said, adding that she wore a mask for the first few weeks of the pandemic before looking into the matter. “I assessed for myself what I thought the danger and the risk was. Unless you’re an elderly person or someone with co-morbidities, the risk is similar to the seasonal flu. And I don’t wear a mask during flu season.”

Legal dispute over logging in state forest back in court

Pedestrian hit, killed on I-95 in Pawtucket