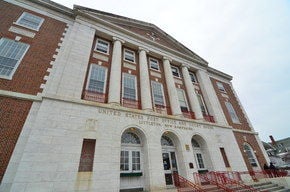 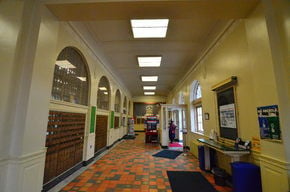 LITTLETON, N.H. -- Littleton District Court will be temporarily relocated to Haverhill District Court beginning next month as six months of upgrades are done to the Littleton Post Office building, which houses the court on its upper floor.

The U.S. Post Office, however, is keeping post office patrons and the community in the dark regarding details about the project, such as what it entails and its total cost and if the Littleton Post Office will keep all of its services and regular hours during the renovations.

The court's relocation will be for about a month, beginning Monday, April 6, which means all cases scheduled to be heard after April 6 will be at Haverhill District Court, N.H. Circuit Court Clerk Deborah Nichols said in a letter to stakeholders.

"The repair is being advanced by entities other than the judicial branch, however, we are partnering with them to expedite the repairs, which include asbestos removal," N.H. Circuit Court Administrative Judge Edwin Kelly said in a letter to local police departments.

Sen. Durbin: We can't pass anything without bipartisanship

Portland protesters explain why they are taking to the streets

"We have been notified that the repair work will proceed more quickly if we relocate the courthouse operations," said Kelly. "This is a six-month project with an estimated completion date of Aug. 10, 2015."

Central air conditioning also appears to be part of the project.

Representatives of the Littleton Post Office were not authorized to speak about the project and referred all inquires to USPS media relations.

Several calls placed during the past week to the region's USPS spokeswoman, Melissa Lohnes, were not returned.

50 movies that address the history of racism in America

A history of Black representation in film

Youngest and oldest presidents in US history