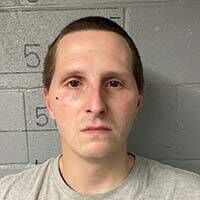 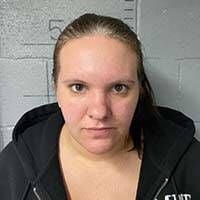 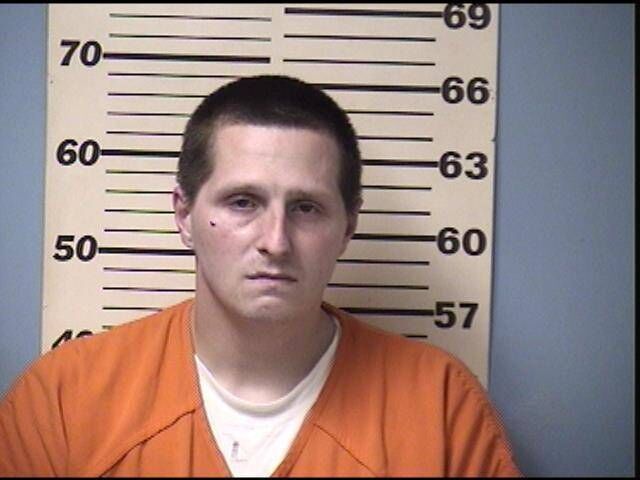 A Coos County couple who were among 10 people arrested in May in an intensive state and federal drug trafficking investigation are among the first of the bunch to be indicted, and each faces decades in prison.

Each count carries a maximum New Hampshire State Prison sentence of 15 to 30 years.

In addition to his alleged drug dealing, Adjutant, who was previously convicted of burglary across the river in Vermont, faces more time behind bars for being a felon in possession of nine guns.

Adjutant faces a total of 11 felony charges, including nine Class B felony counts of being a felon in possession of a dangerous weapon, with each count carrying a maximum prison sentence of 3 1/2 to 7 years.

According to the indictments publicly released on Tuesday, Adjutant and Flagg conspired between Sept. 1 and Jan. 28 with Dylan Laflamme, 26, of Berlin, and others known to a grand jury to buy and sell the opioid fentanyl.

Prosecutors said Adjutant and Flagg arranged on at least one occasion to buy a quantity of fentanyl - five grams or more - from Laflamme, and on Jan. 28 Flagg drove Adjutant to Colebrook, where Adjutant sold 29.9 grams of fentanyl, including any adulterants or dilutants, to a confidential informant working with law enforcement.

On Jan. 28 in Berlin, authorities said Laflamme sold Adjutant and Flagg 236 grams of fentanyl, which Flagg intended to sell in Stark that day.

Adjutant faces the second special class felony count of sale of a controlled drug after prosecutors said he sold five grams of fentanyl to a confidential informant on Jan. 28 in Colebrook.

On the same day in Lancaster, prosecutors said Adjutant had in his possession two bolt-action rifles, an American Tactical .22-caliber firearm, Glock 26 9-mm handgun, two Smith and Wesson 9-mm handguns, a Palmetto .556-caliber firearm, Harrington and Richardson 12-gauge shotgun, and a Rossi 20-gauge shotgun, all after previously having been convicted in 2017 of felony burglary in Essex County, Vermont, and subsequently prohibited from possessing firearms.

In addition to the special class felony count of conspiring with Adjutant and Laflamme between September and January to sell a controlled drug, Flagg’s second special felony count alleges she possessed five or more grams of fentanyl on Jan. 28 in Stark with the intent to sell.

According to the affidavit for arrest, New Hampshire State Police Trooper Bryan Tracy said members of the U.S. Drug Enforcement Administration from Manchester worked with a confidential source to make a controlled purchase of fentanyl from Adjutant on Jan. 28 in Colebrook.

After going to Berlin for the drug, Adjutant and the source agreed to meet at Walgreen’s in Colebrook, where Tracy said Adjutant sold three sticks of fentanyl for $900, a transaction he said was observed by police surveillance units.

Adjutant and Flagg were pulled over shortly before 6 p.m. that evening after Tracy set up to monitor traffic at the Stark fire station and saw the car, being driven by Flagg, drift back and forth a few times over the double yellow line, posing a danger for any vehicles in the opposite lane.

In the affidavit, he wrote that both Flagg and Adjutant were highly nervous and a bladed weapon was in view in the driver’s side door.

For safety, Tracy patted down Adjutant for any weapons.

“[Adjutant] stated it was his rent money and he was not sure how much it was,” wrote Tracy. “He guessed it was around $3,000. I found it unusual that someone would be carrying that much money and not know how much they had.”

After Flagg was told by Tracy that his observations point to the potential presence of illicit drugs in the vehicle and he could impound the car pending a search warrant, Flagg consented to a search of the car, which Tracy said contained powder and residue consistent with fentanyl.

A K-9 search dog helped turn up drugs found in the center console, and Tracy said Flagg had approximately 250 grams (25 sticks) of fentanyl on her.

Flagg and Adjutant were then transported to the Lancaster police station.

In Stark, Adjutant said he wanted to cooperate with police for potential consideration for any pending charges, said Tracy.

“Adjutant confirmed he was on his way back from his source of supply in Berlin … ” said Tracy. “He acknowledged he had purchased the 25 sticks found on Flagg from that source of supply, and that he had been hoping to purchase another 25 sticks as well, but the source of supply didn’t have it; he said that is why he had the large amount of money on him.”

Adjutant said he had two storage units at Dick’s Self-Storage in Lancaster, with guns in one unit and a large amount of cash in the other, said Tracy.

“Adjutant said two of the firearms in the unit were traded to him for fentanyl,” said Tracy. “He said all of the money in the storage unit was drug proceeds.”

After Adjutant consented to a search, seven guns were found in one unit and two more guns along with $18,000 in cash in the other unit, said Tracy.

After the arrests of Adjutant, Flagg, and eight others, officials with the office of the New Hampshire Attorney General said the arrests were the result of a months-long, multi-agency drug trafficking investigation by the DEA, NHSP, and the attorney general’s Drug Task Force that spanned Coos, Carroll, Belknap, Merrimack, and Rockingham counties and resulted in the seizure of about six pounds of fentanyl and 11 guns.

According to the case summary, Adjutant remains in the Coos County House of Corrections without bail and on preventative detention.