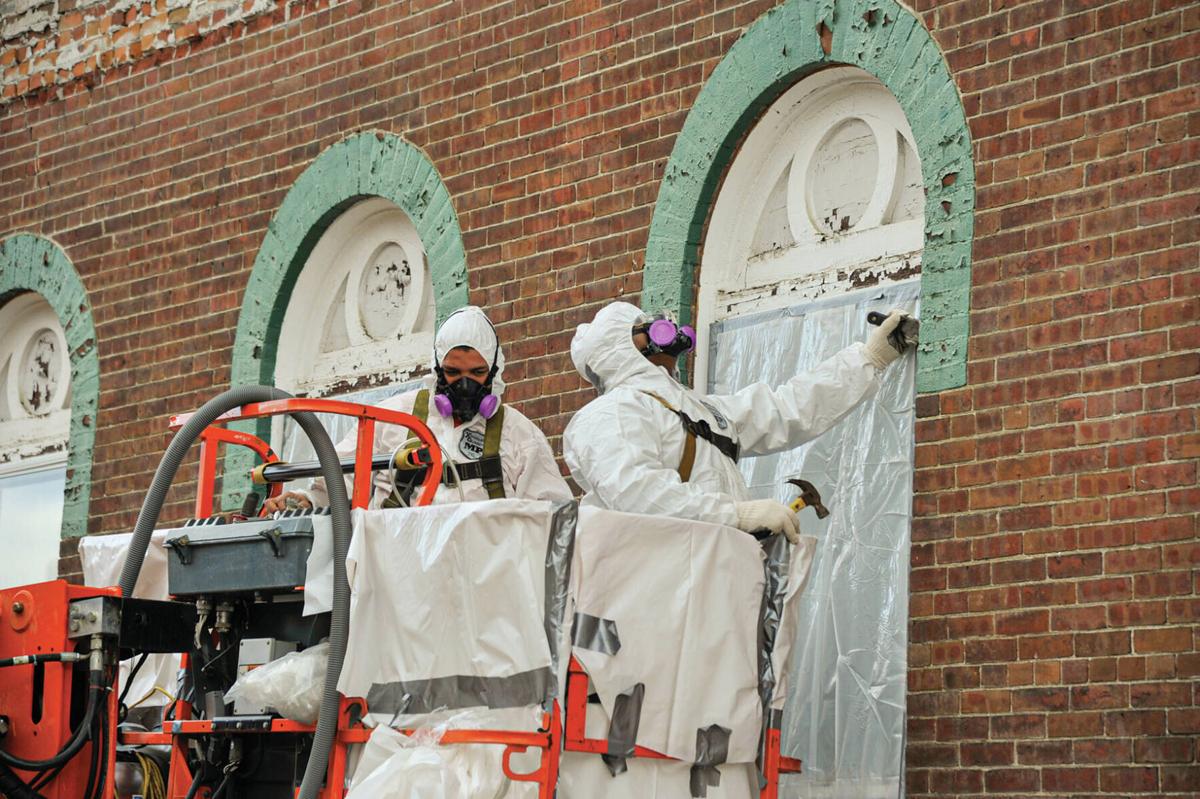 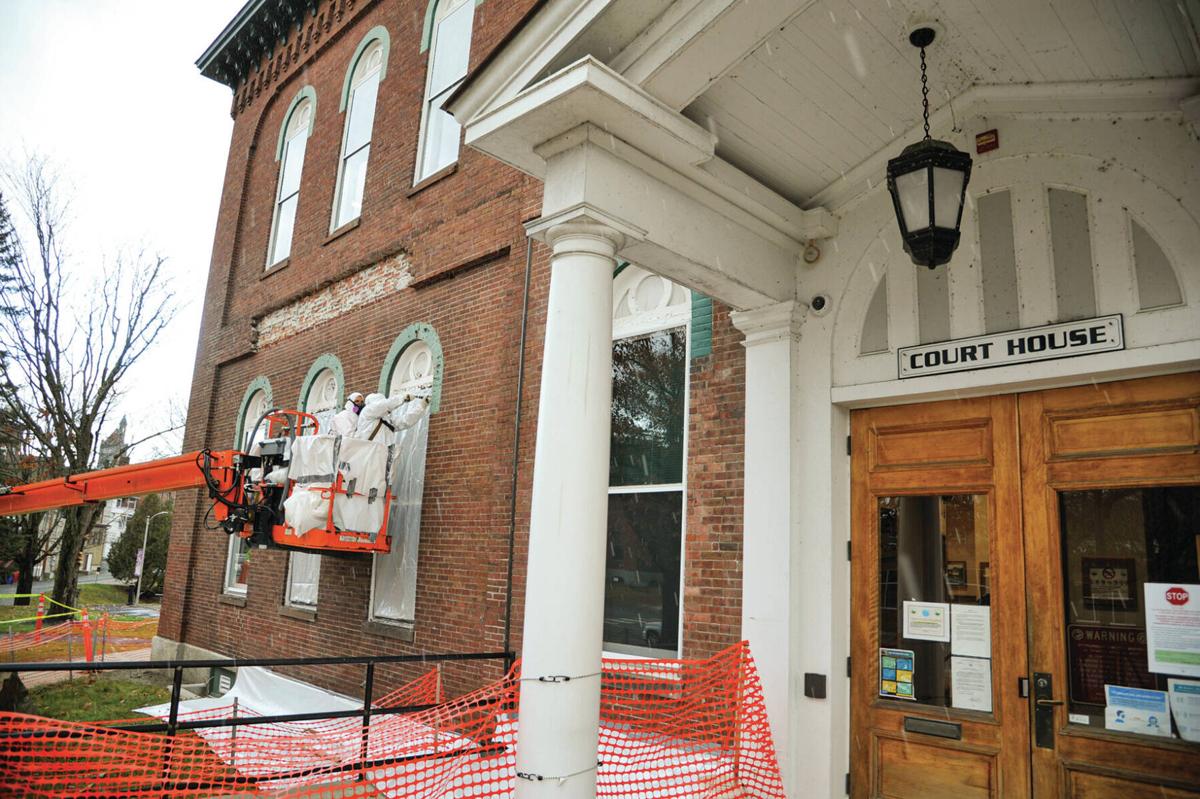 ST. JOHNSBURY — Men in white suits and respirator masks are working outside the Caledonia County Courthouse.

A four-man team from Dec-Tam Environmental Services, of North Reading, Mass., is tasked with removing the asbestos-contaminated window caulking from 38 windows of the courthouse.

Rob Hepburn, project manager at Vermont Buildings and General Services, said he suspects it’s original window caulking that’s being removed. The courthouse was built in 1856 in a location that was once a town graveyard.

The work would normally be done with power tools, Hepburn said, but noise and vibration was disrupting court processes, including a jury trial. The Dec-Tam team must use hands tools while court is in session to minimize the noise.

They’ve covered the windows with a plastic barrier to keep the dust they create from entering the building. Hepburn said the crew also put covering on the inside of the windows after concern from courthouse staff was communicated. Tests were done to confirm no asbestos dust infiltrated the building. All four tests came back negative, said Hepburn.

The asbestos abatement is part of the process that will eventually bring about long-awaited brick restoration.

In September 2020, bricks fell from a decorative band that stretches across the front and along the sides. Multiple sections of the brick band fell and a plastic orange fence was installed to keep people from getting too close to the building and risk getting hit by a falling brick.

The bricks that fell from the courthouse were part of an architectural detail and not part of the structural integrity of the building. The courses of brick designed to carry the load of the decorative band failed under the weight.

In July, Tabrena Karish, project manager for the division of design and construction with BGS, said she expected the brick work to be restored before this winter. Now it’s not expected to begin until spring 2022. The delay, she said, is in getting the bricks. The new completion date is scheduled for fall 2022.

The courthouse is a prominent historical building on Main Street. The grounds outside called Courthouse Park feature several memorials to military servicemen who were killed in wartime. The site is used each Memorial Day and Veterans Day for ceremonies led by members of the St. Johnsbury posts of the American Legion and Veterans of Foreign Wars. Commemorating the most recent Memorial Day and Veterans Day outside the courthouse has meant doing so with the precautionary fencing in place.

Karish said the brick band fix will include the addition of steel pieces to bear the load of the brick band. The steel will be hidden by the brick and mortar. She said it will be a solution that will maintain the brick band for the life of the building.

Because the brick work project will include work around the windows, the asbestos-contaminated window caulking needed to be removed first.