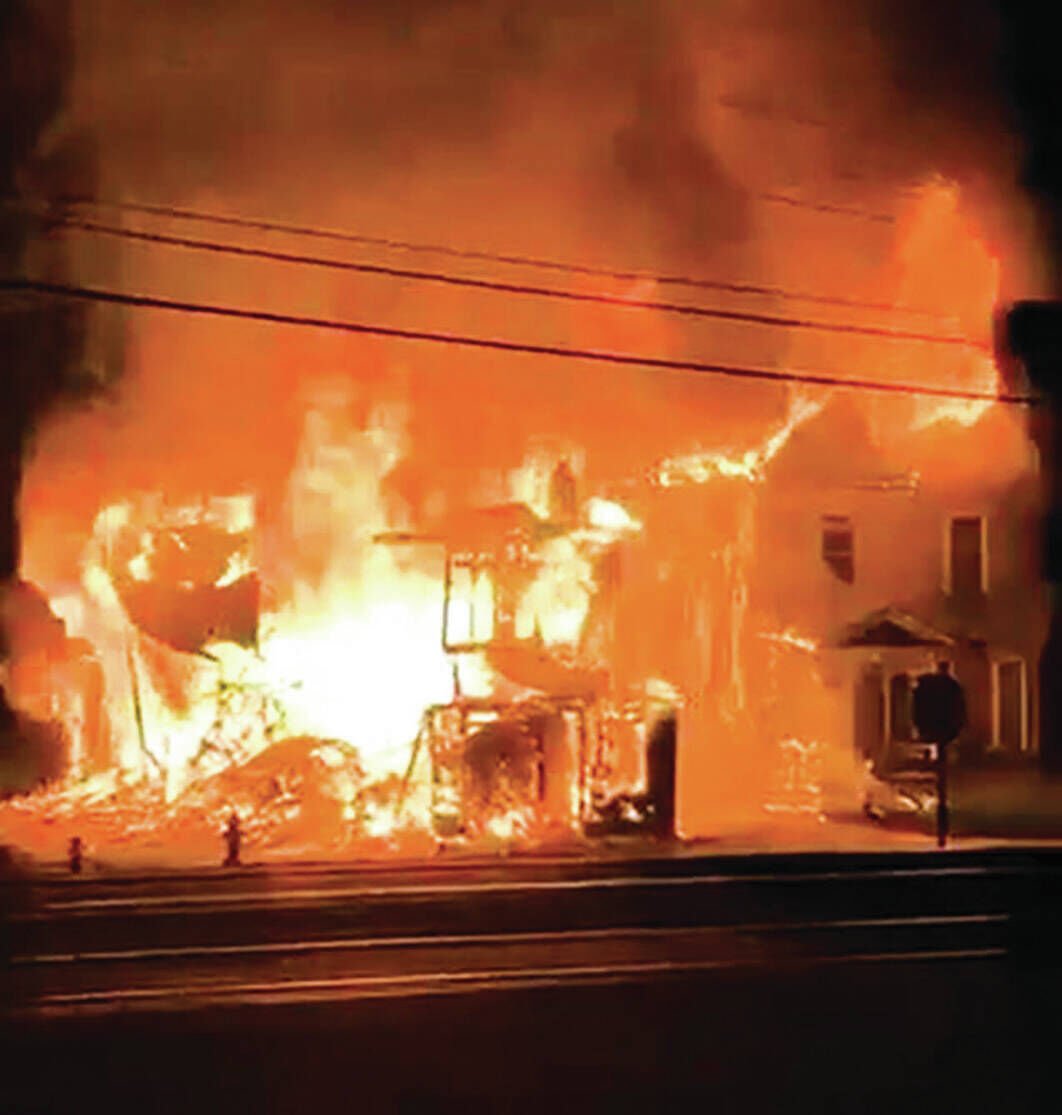 This file photo from June 2021, shows a fire destroying buildings on Railroad Street in Brighton on June 23, 2021. The cause of the fire is considered suspicious. Officials are looking for the public's help. (Contributed photo) 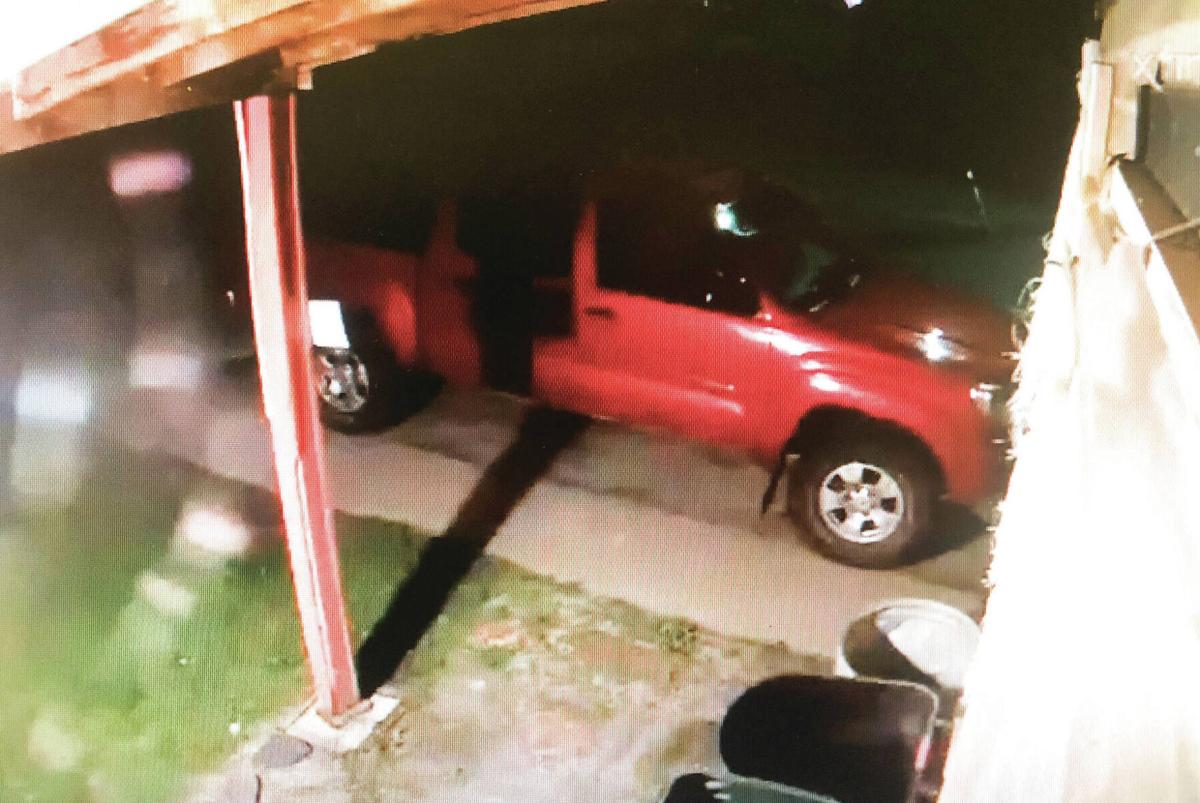 Fire investigators shared this image from a surveillance camera near the scene of a fire in Brighton that destroyed two buildings on June 23, 2021. The vehicle was in the area at the time the fire began. (Contributed Photo)

This file photo from June 2021, shows a fire destroying buildings on Railroad Street in Brighton on June 23, 2021. The cause of the fire is considered suspicious. Officials are looking for the public's help. (Contributed photo)

Fire investigators shared this image from a surveillance camera near the scene of a fire in Brighton that destroyed two buildings on June 23, 2021. The vehicle was in the area at the time the fire began. (Contributed Photo)

Two and half months after a major fire destroyed two homes in Brighton, authorities continue to search for the person or people responsible and are asking for the public’s help, offering a $5,000 reward.

It was about 1 a.m. June 23 when Brighton Firefighters were alerted to a report of an explosion and fire at 277 Railroad St. When firefighters arrived, they found one house engulfed in flames that was starting to collapse. A second house located just to the east was also on fire.

The home where the fire began was believed to be vacant. Flames spread to the former True Value store on one side, used as a storage building, and a seasonal home used for snowmobiling trips on the other.

Charleston and Derby Line firefighters assisted at the scene. Together with Brighton’s firefighters, about 40 firefighters responded. A section of Railroad Street between Cross and Middle streets was closed while the firefighters battled the blaze. It wasn’t until about 5:30 a.m. that the road was opened to traffic.

Newport Ambulance was on the scene for any medical emergencies. No injuries were reported.

The fire’s origin was considered suspicious early on, according to officials. Brighton Fire Chief Rick Hannux requested an investigation to determine the origin and cause.

Det. Sgt. Matthew Hill, with the Vermont State Police Fire and Explosion Investigation Unit, began the investigation and has been working on the case since. On Thursday, he shared additional information to include video of a vehicle seen in the area minutes before the fire began. He also expressed a desire to speak to the people last known to have occupied the building where the fire began.

Rebecca Ray, 29, and Alexander Marsh, 28, are the people officials believe last resided there. Det. Hill said they are not considered suspects responsible for the arson, “but investigators would like to speak with them about the fire as they were most likely the last people in the house prior to the fire.”

Surveillance videos show a vehicle approaching the fire scene from the north on Railroad Street minutes before the fire was ignited. It is unknown if the people in the vehicle were somehow involved in setting the fire.

“Immediately after the ignition of the fire a person can be heard yelling,” noted Det. Hill. “Another surveillance video shows a vehicle leaving the fire scene quickly and head southeast toward Island Pond.”

The rental home where the fire started was owned by Daren Tardis, of Island Pond. The storage building was owned by Pelkey properties in Essex, and the seasonal home by Robert Johnson, of New Haven, Conn., Chief Hannux said.

A reward of up to $5,000 may be offered for information that leads to an arrest in this case.