Log In Register
You are the owner of this article.
Edit Article Add New Article
You have permission to edit this article.
Edit
Home
News
Sports
Opinion
Community
Features
E-Edition
Archives
Advertise
Subscribe
1 of 7 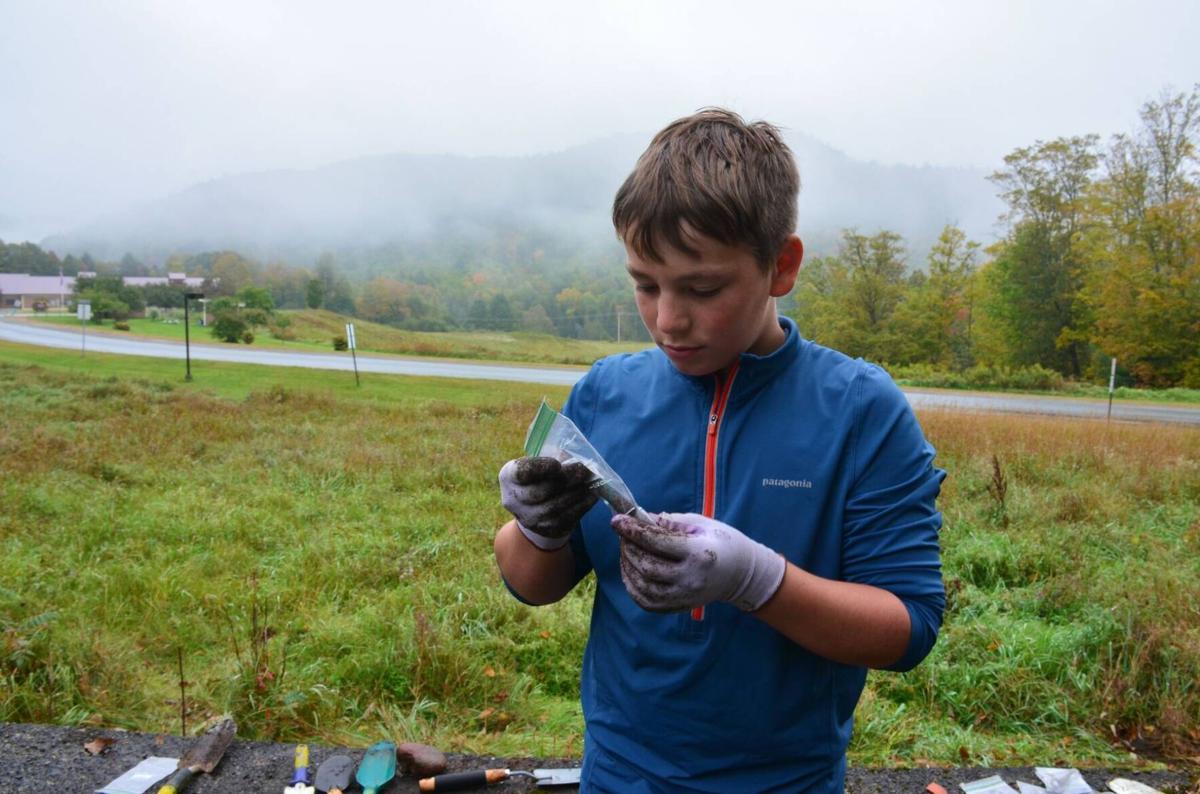 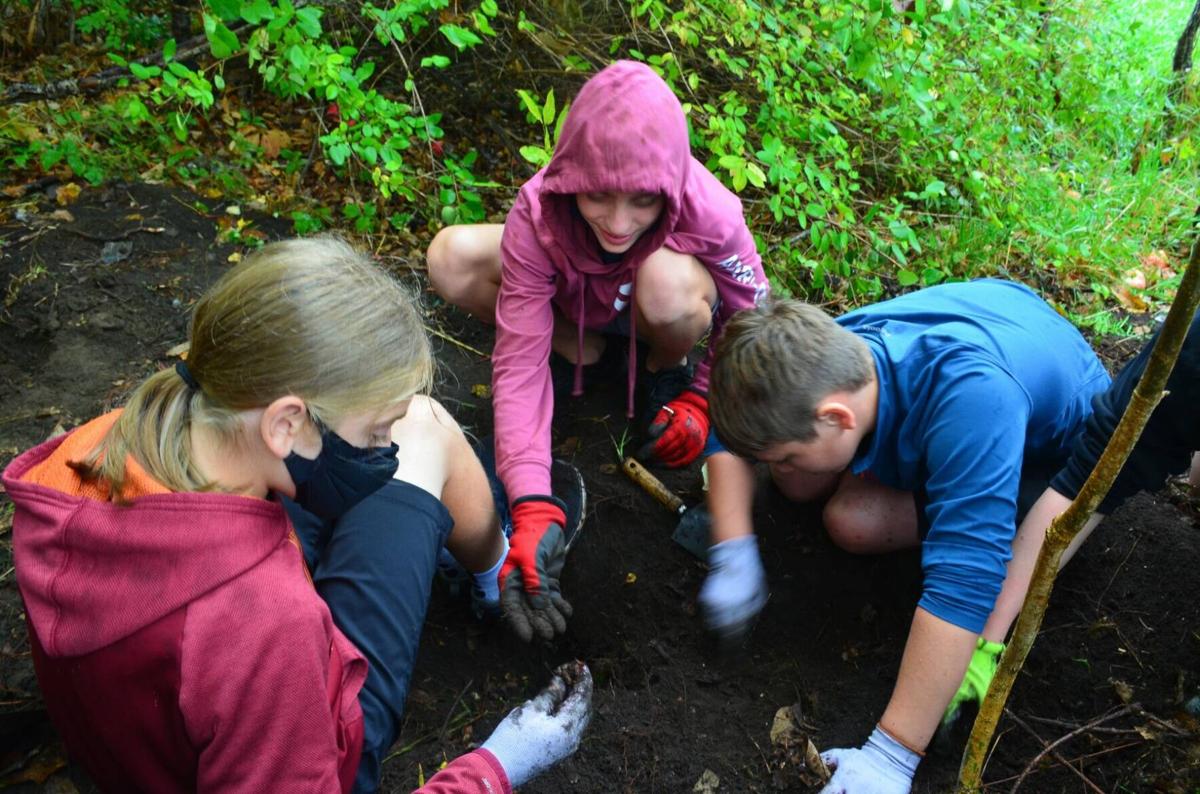 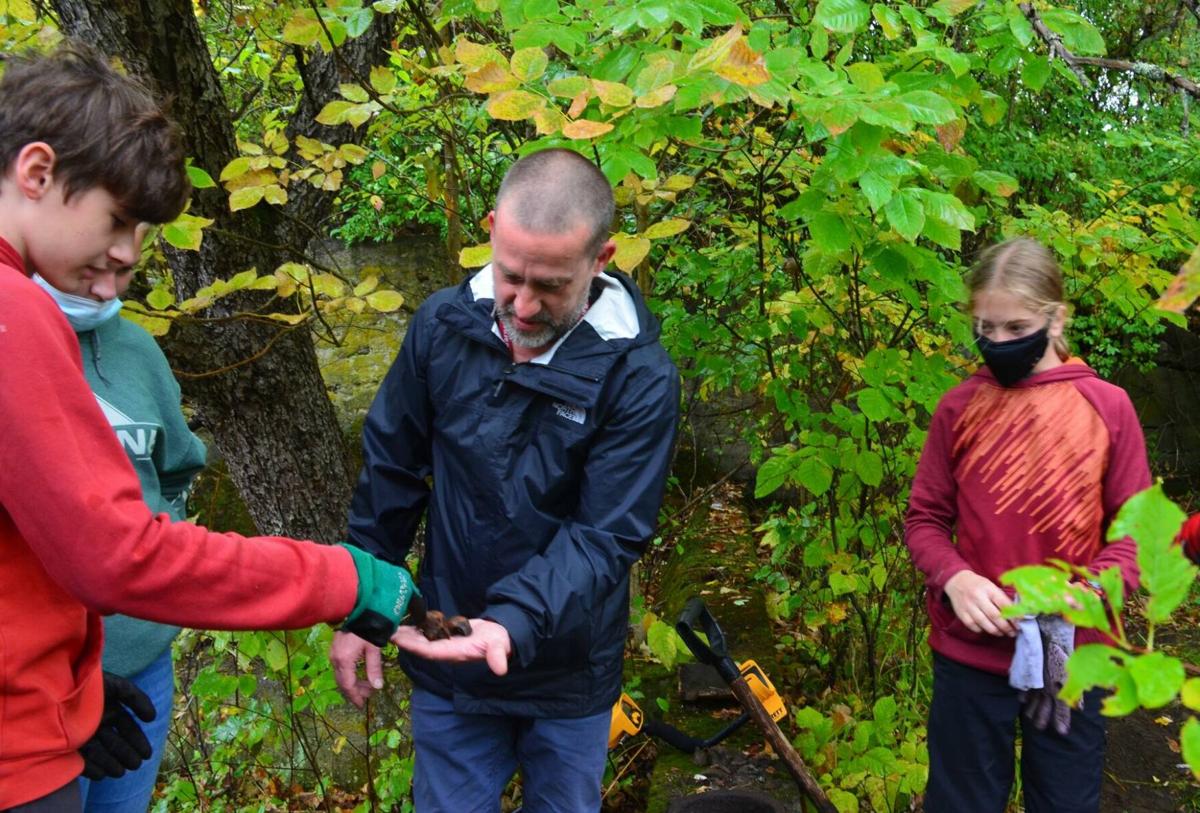 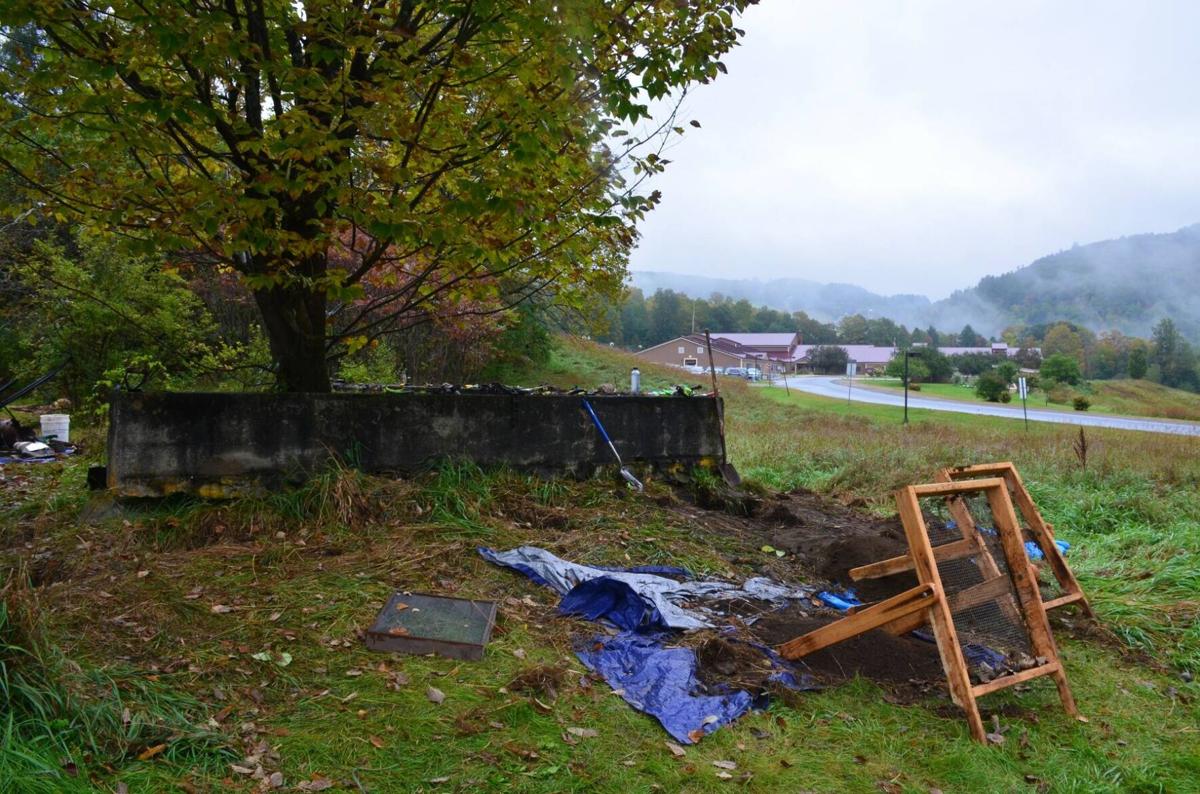 Barnet School sixth- through eighth-grade students have been spent this week's social studies classes excavating an old barn foundation, located right next to the school's driveway. (Photo by Katherine Fiegenbaum) 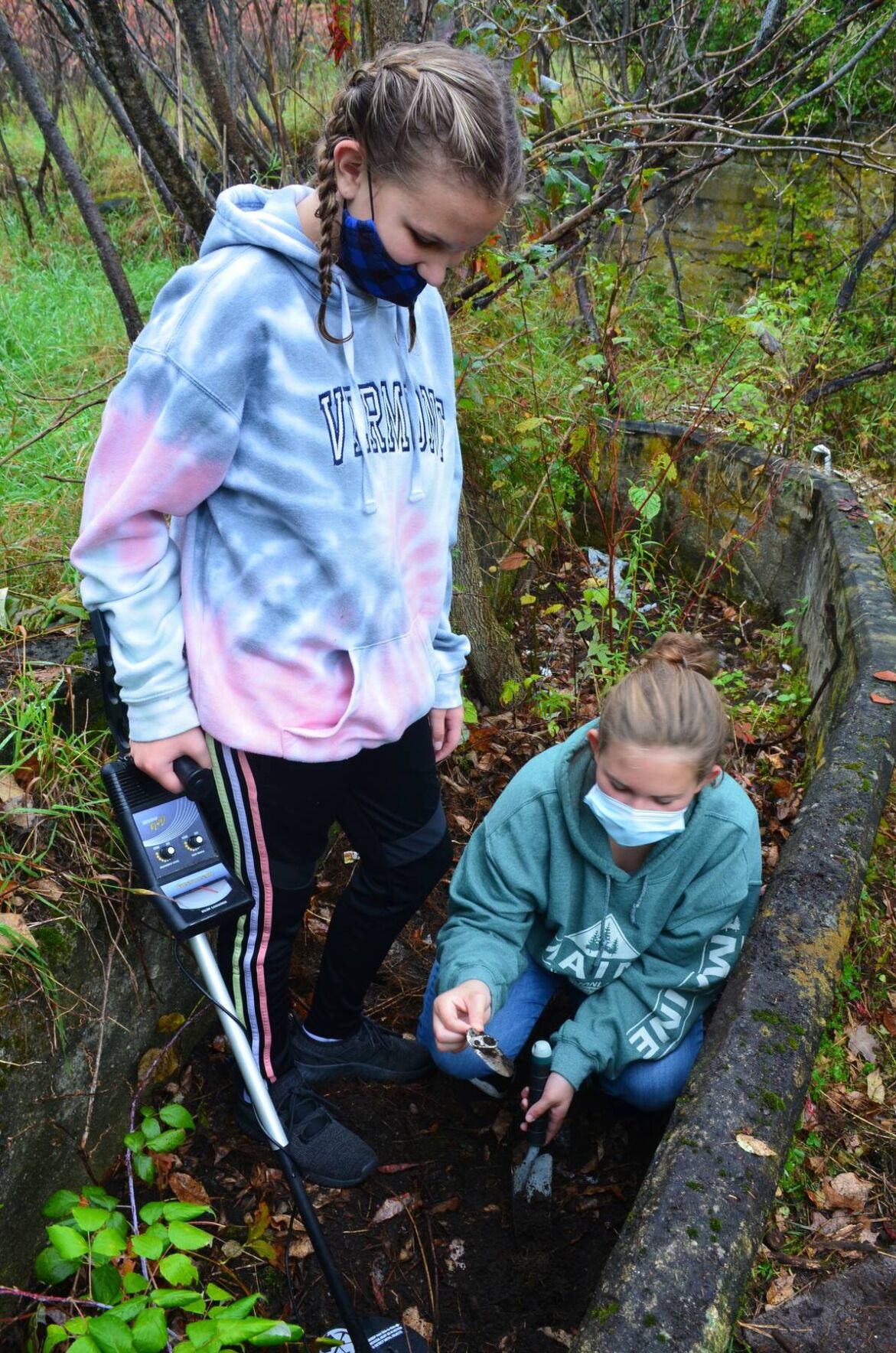 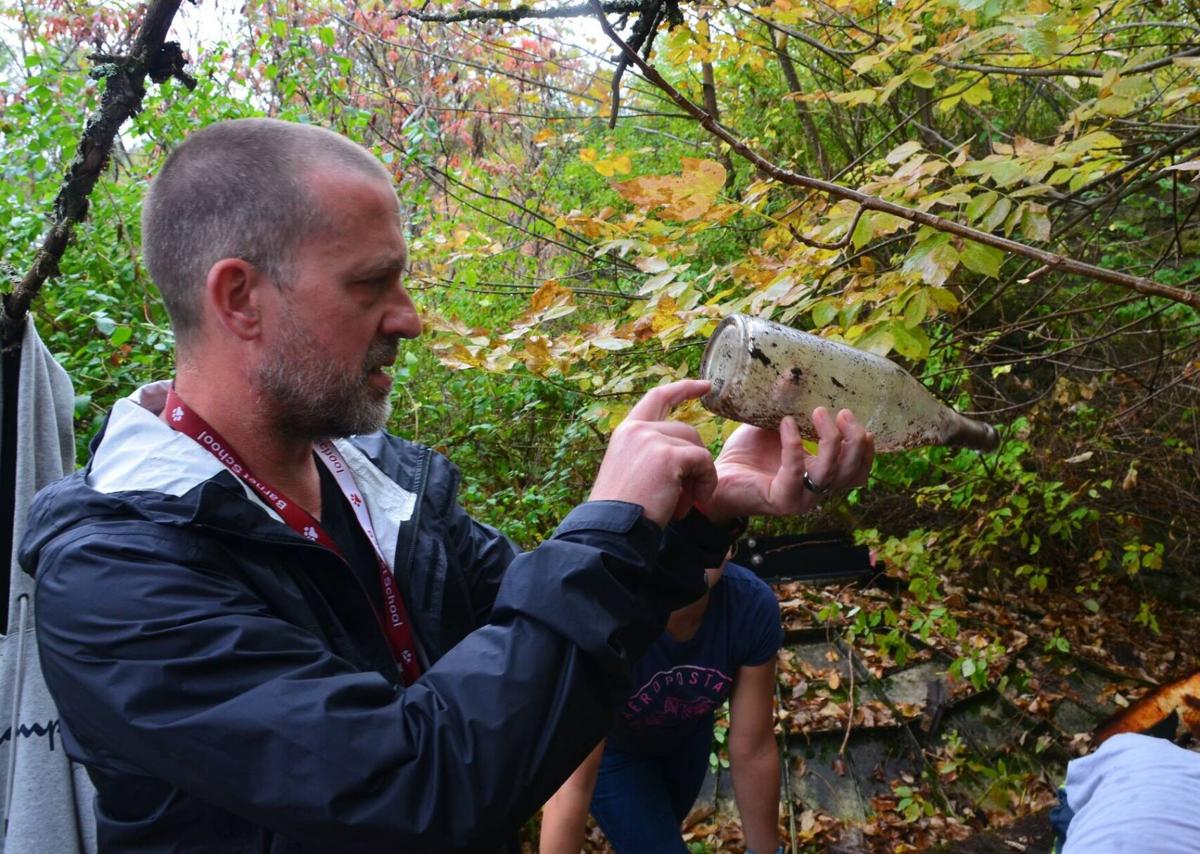 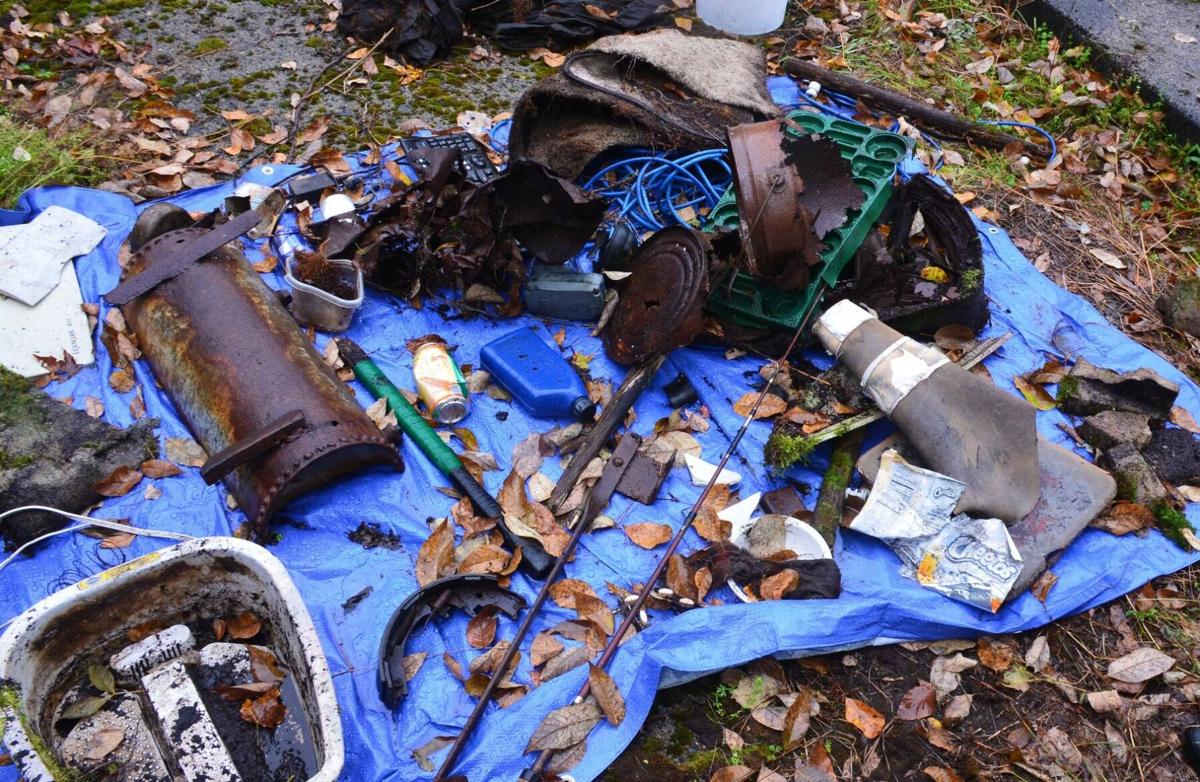 Various bits of metal, dated food packaging, plastic containers, and other things have been found so far at Barnet School's archaeological dig. (Photo by Katherine Fiegenbaum)

Barnet School sixth- through eighth-grade students have been spent this week's social studies classes excavating an old barn foundation, located right next to the school's driveway. (Photo by Katherine Fiegenbaum)

Various bits of metal, dated food packaging, plastic containers, and other things have been found so far at Barnet School's archaeological dig. (Photo by Katherine Fiegenbaum)

“We’re studying ancient history and we started doing some work with archaeology and learning about the past through the evidence in the earth,” said Smith. “So I had the idea to come up here and dig and see what happened up here.”

So far, students have found a myriad of treasures, including: old coins, tractor equipment, food containers, shotgun shells, an old satellite dish and Coca-Cola bottles from the 1960s.

While most students have ridden the bus past the site, owned by school neighbors, every day for their entire school careers, most never had taken any note of it. But now they rush to grab gloves, metal detectors and trowels, usually working in teams to see what they can discover during that day’s class period.

“I am extremely proud of the students trying to understand how archaeological excavations are conducted,” said Millington in an email. “They are learning about how archaeologists gather information about the past by carefully analyzing old buildings and artifacts. Ultimately, students will develop a better appreciation of their local history and possibly contribute to its preservation.”

“I think they would do this every day,” said Smith. “It’s caused a bit of territorialism — ‘this is my hole to dig in’ — but they’ve been pretty good.”

Smith says that the students have been trying to piece together the story of what happened on the site, having dug back to around the 1960s. Originally, they thought the foundation belonged to a house, but soon noticed trenches running down the center for the former animal barn.

The more modern period of discoveries from the site seems to point to, well, a dumping ground.

“The bulk of what they’ve found is broken glass, rusty nails and other dangerous things, so I spend a lot of time hoping they won’t get injured,” said Smith.

One group of eighth-graders started digging just outside the foundation on Monday in search of a piece of metal sensed by their detector. On Tuesday, however, they started finding fossilized bones — and there’s a ton of them.

Students point out that there’s actually a very small chance of bones becoming fossilized, even less than one percent.

“Who knew that this was all behind the school?!” exclaimed one student.

Smith himself is most interested in pieces of an old pastel-green container that have been found. He hopes they will be able to glue the pieces together and determine the container’s original use.

Collaborations with other teachers regarding the archaeological excavation abound — Smith notes forthcoming creative writing pieces about what might have happened at the site and looking at finds under the microscope in science classes.

“I’ve even heard rumors that people are talking about this outside of school,” Smith said proudly.

Following the archaeological dig’s completion, likely to be wrapped up at the end of this week, Mr. Smith and his students plan to put together a museum of their finds … including gluing together all of the animal bones they have found.