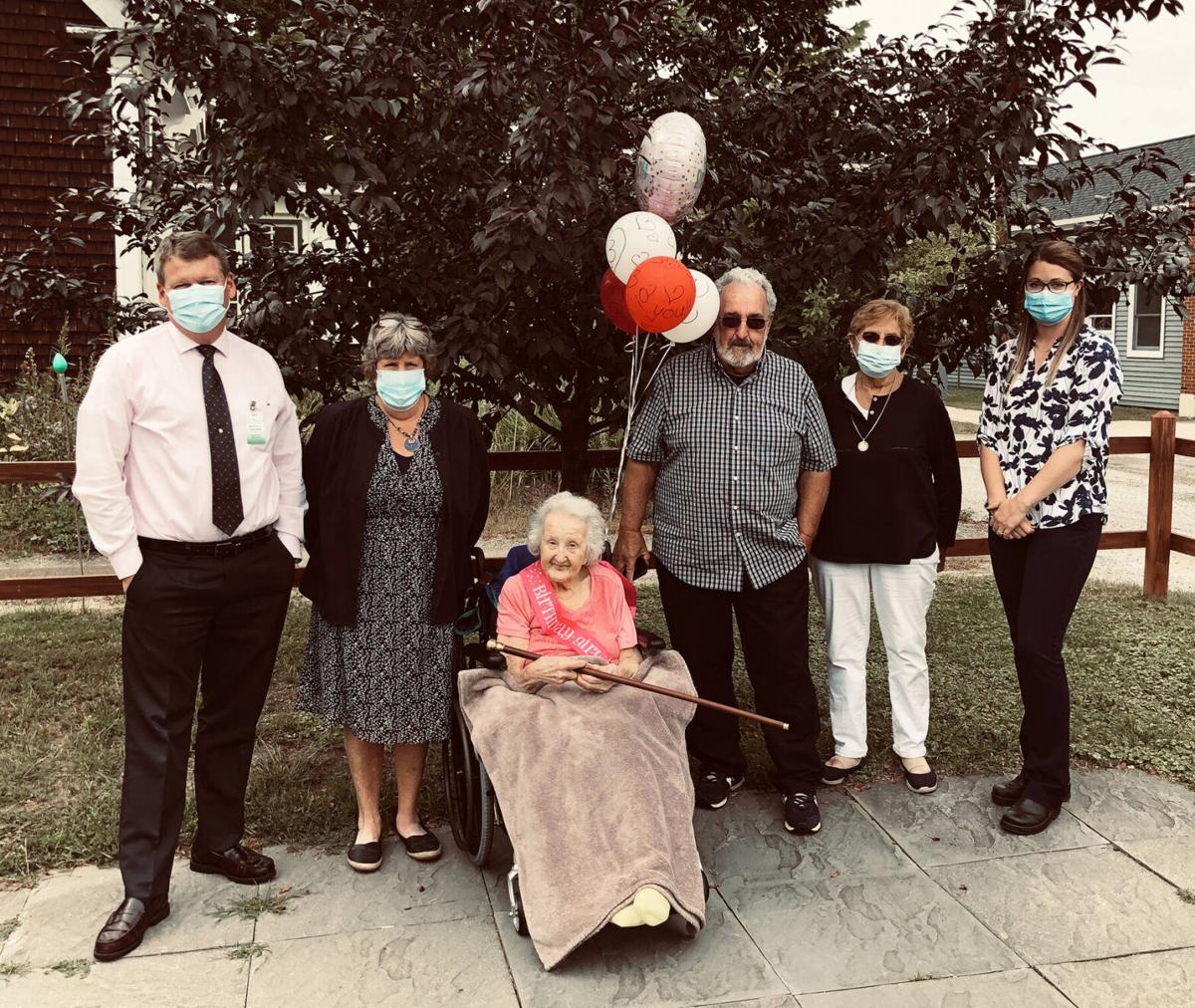 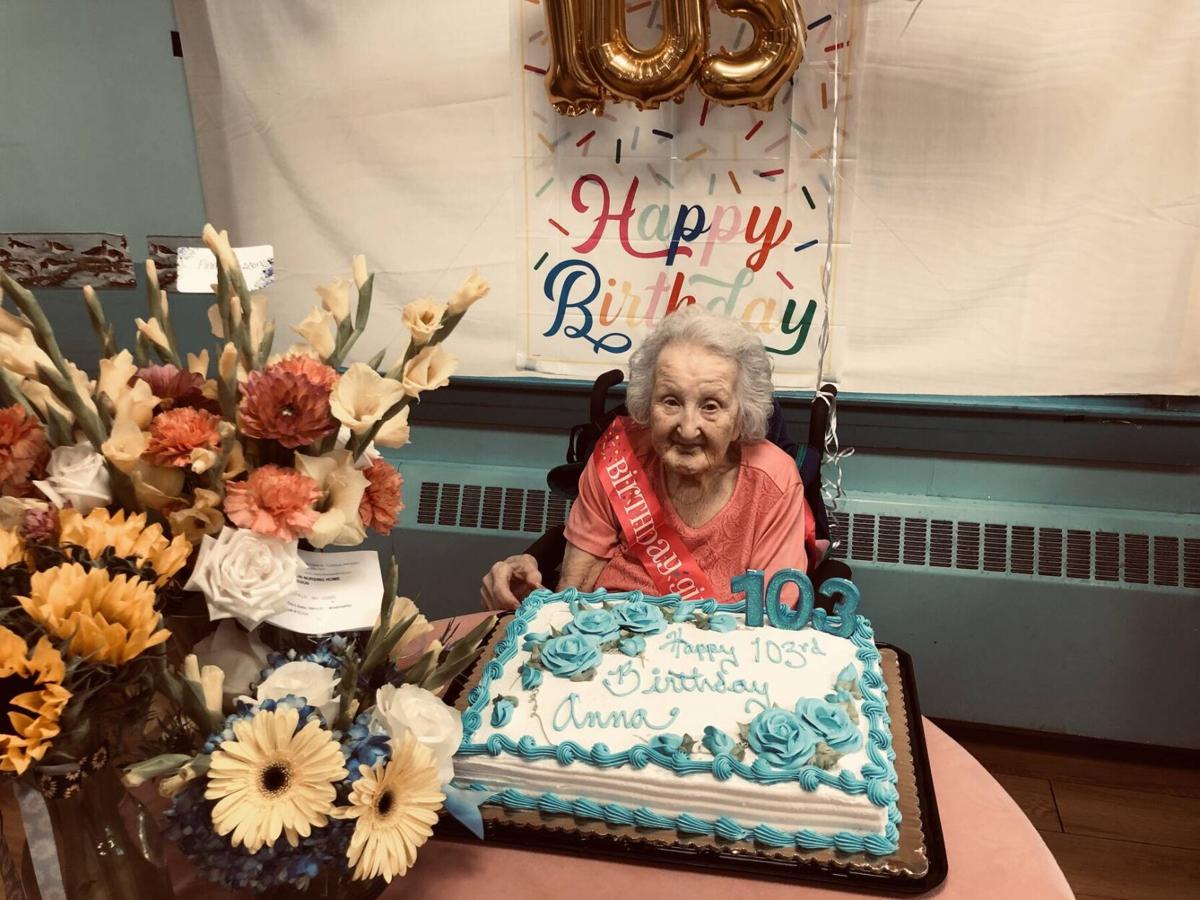 WHITEFIELD, NH — Anna Bisson, a resident at the Morrison Skilled Nursing Facility, was presented with the Boston Post Cane Sept. 1, given to the town’s oldest resident. Family, staff and guests also helped Anna celebrate her 103rd birthday with a cake and flowers.

Born in Jefferson on Sept. 1, 1918, Bisson has spent most of her life in Whitefield. Two of her five siblings are still alive, and the others lived well into old age.

“There is lots of longevity in that family,” says Anna’s son, Ed Bisson. Anna has several grandchildren and great-grandchildren, he noted.

In her later years, Anna was a resident at Sartwell and lived there until she moved to the Morrison Skilled Nursing Facility at age 100. In 2014, at age 95, she was featured in a Morrison rehabilitation ad where she declared, “I feel like I’ve been helped a lot, but I’m glad to return home (to Sartwell) where the sunshine comes through my window and be with all my old friends.”

“We are so pleased that our staff was able to help Anna celebrate both her 103rd birthday and to offer congratulations to her on being the recipient of the Boston Post Cane,” says Shannon Lynch, executive director of The Morrison Communities. “Anna is so well known and well liked by all of the staff and it means so much to us that we could be part of both celebrations.”

“Anna was always walking here or there and was always working,” Ed sums up, noting that his mom’s longevity was also due to “a beer or two a day and that garden of hers.”