Log In Register
You are the owner of this article.
Edit Article Add New Article
You have permission to edit this article.
Edit
Home
News
Sports
Opinion
Community
Features
E-Edition
Archives
Advertise
Subscribe
1 of 15 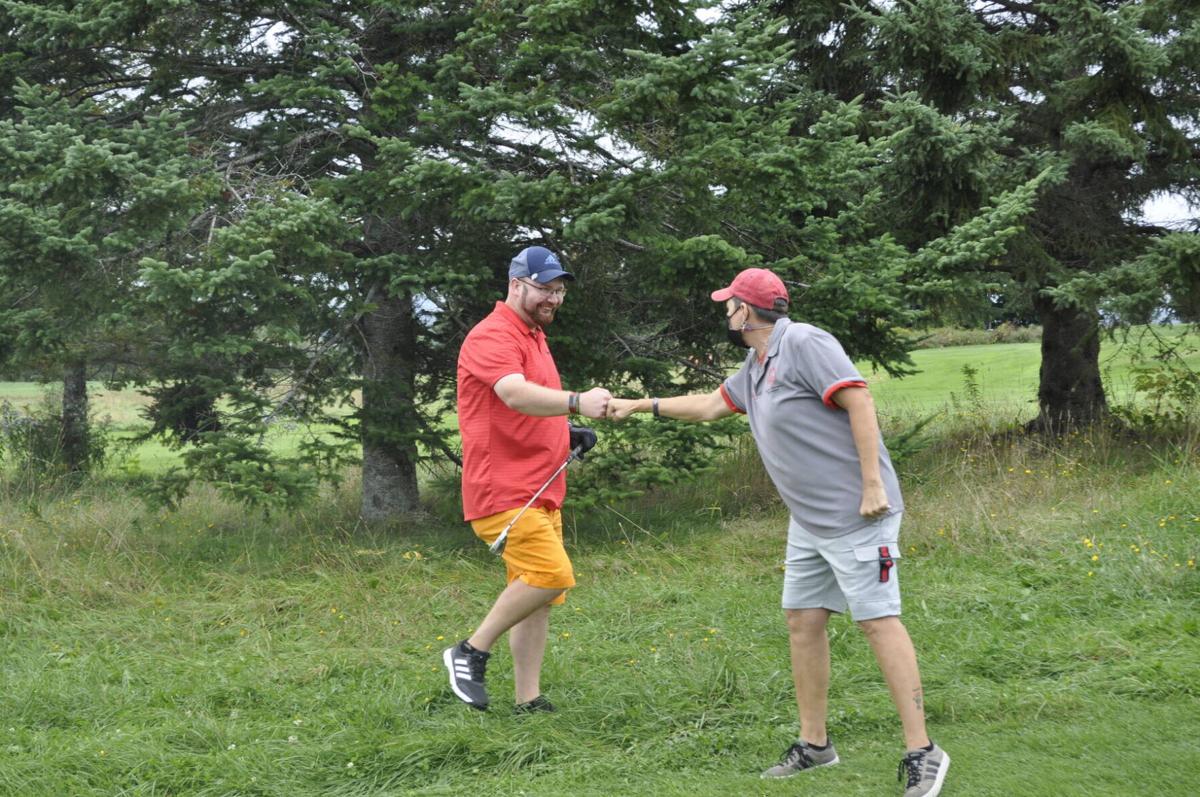 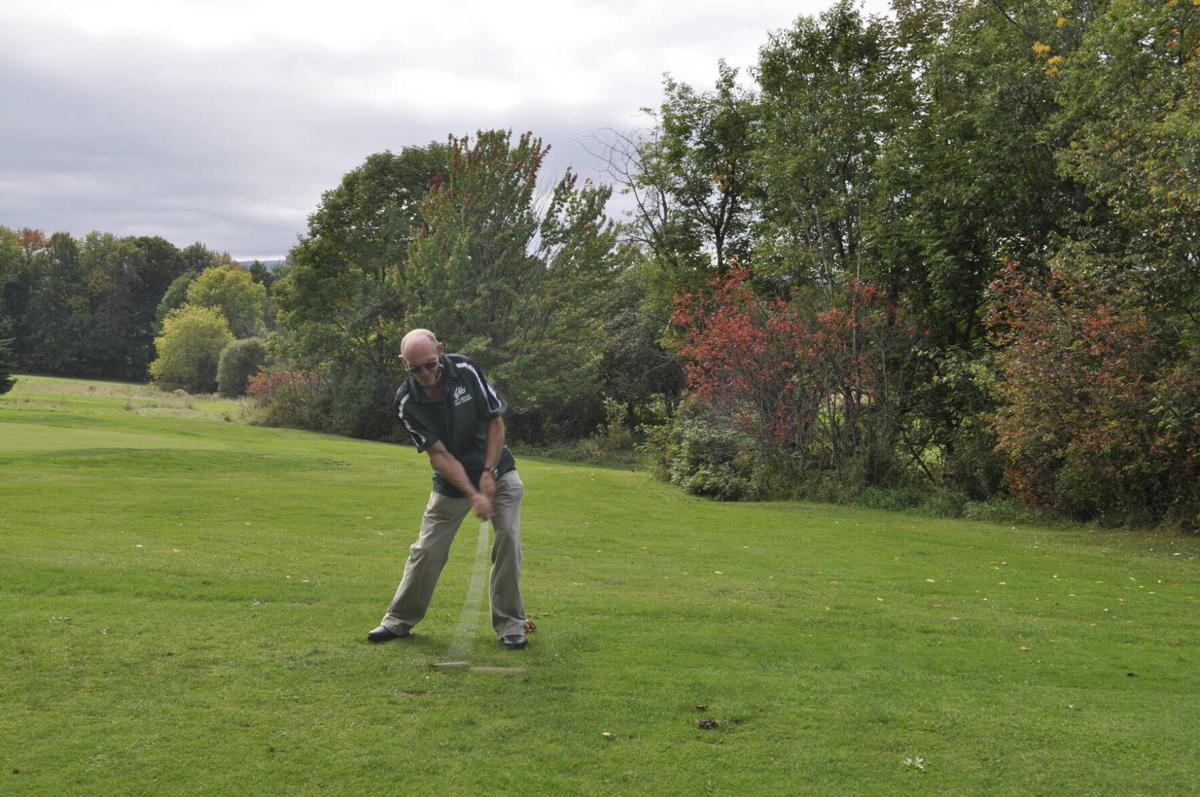 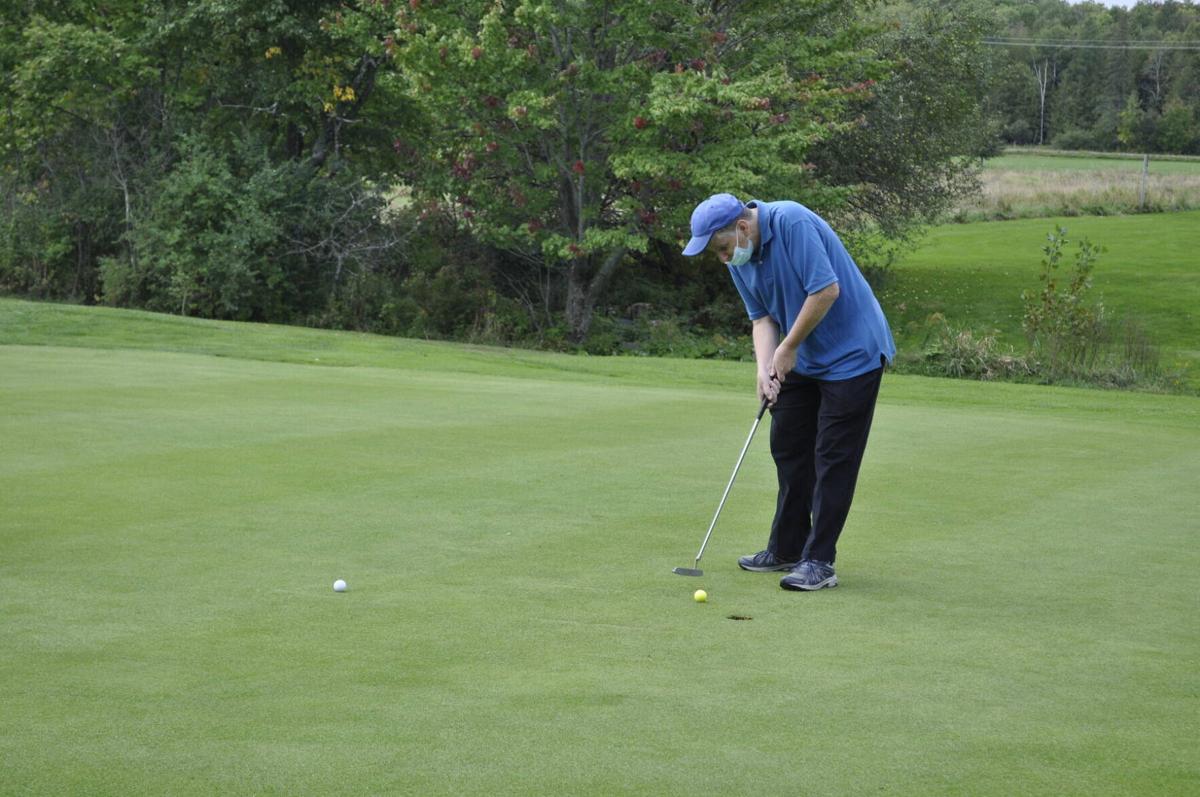 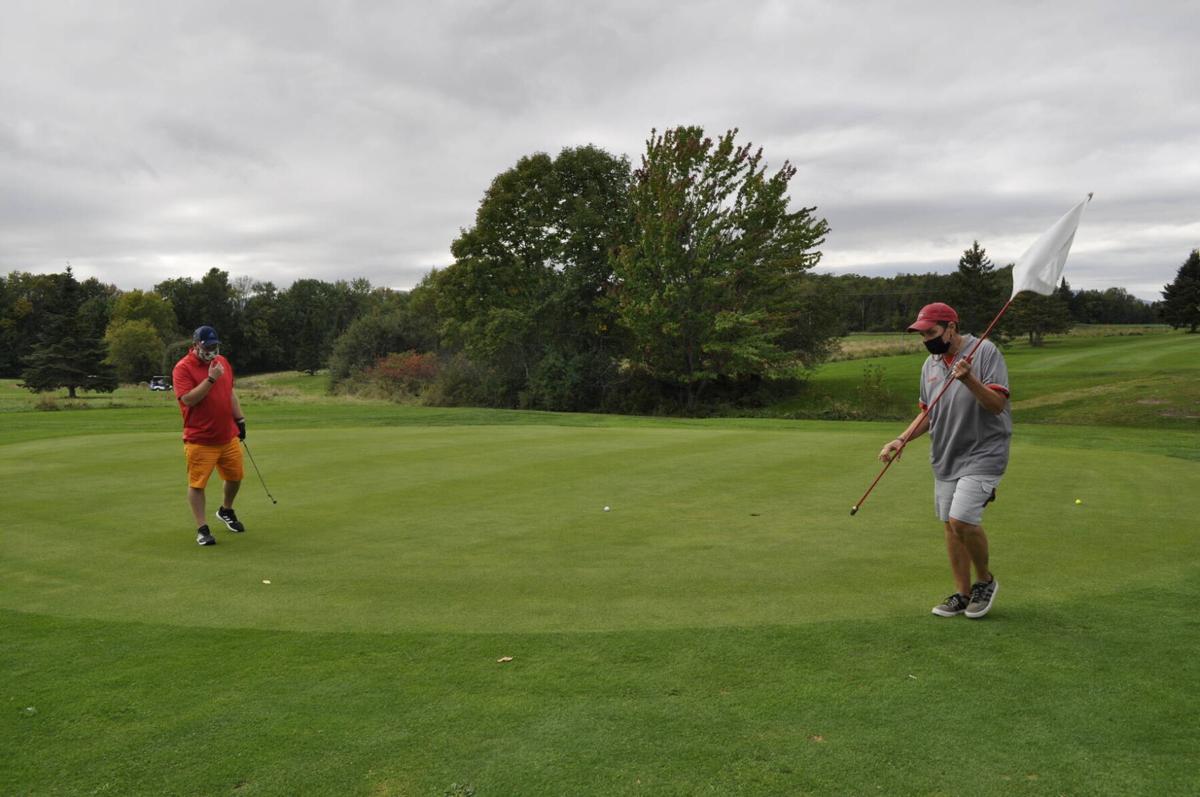 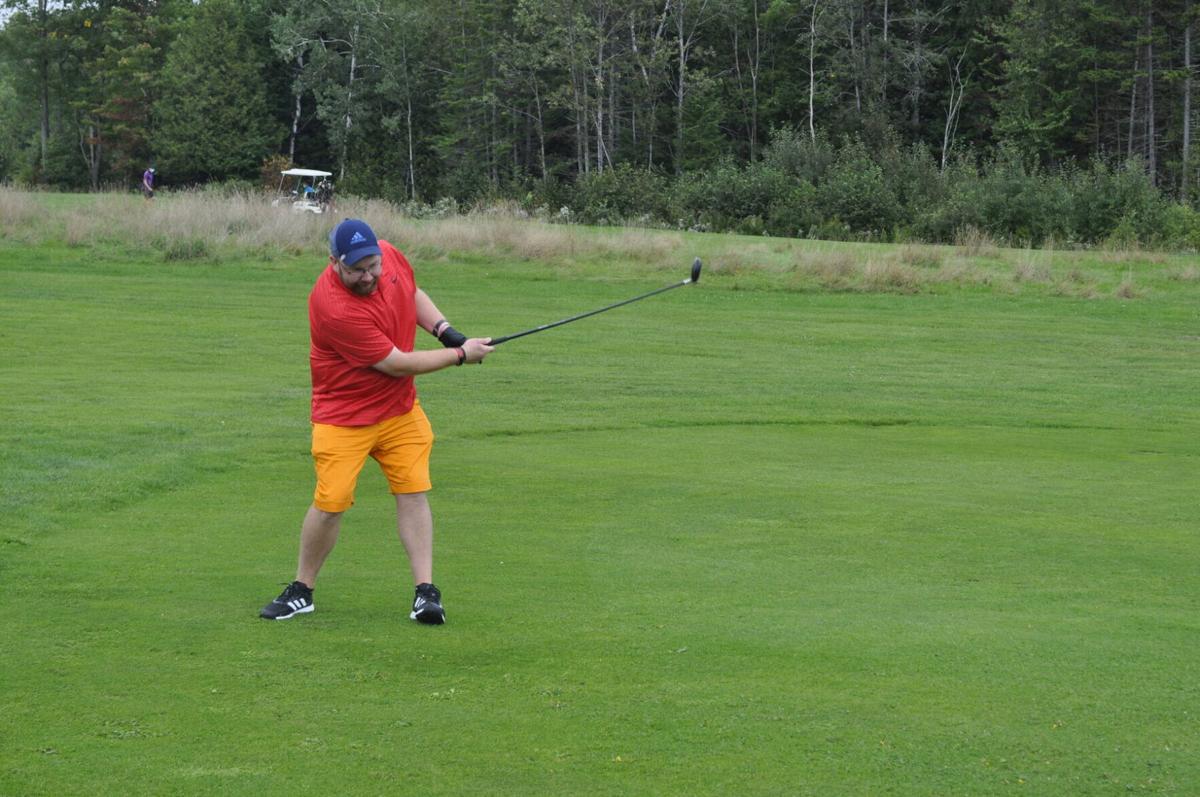 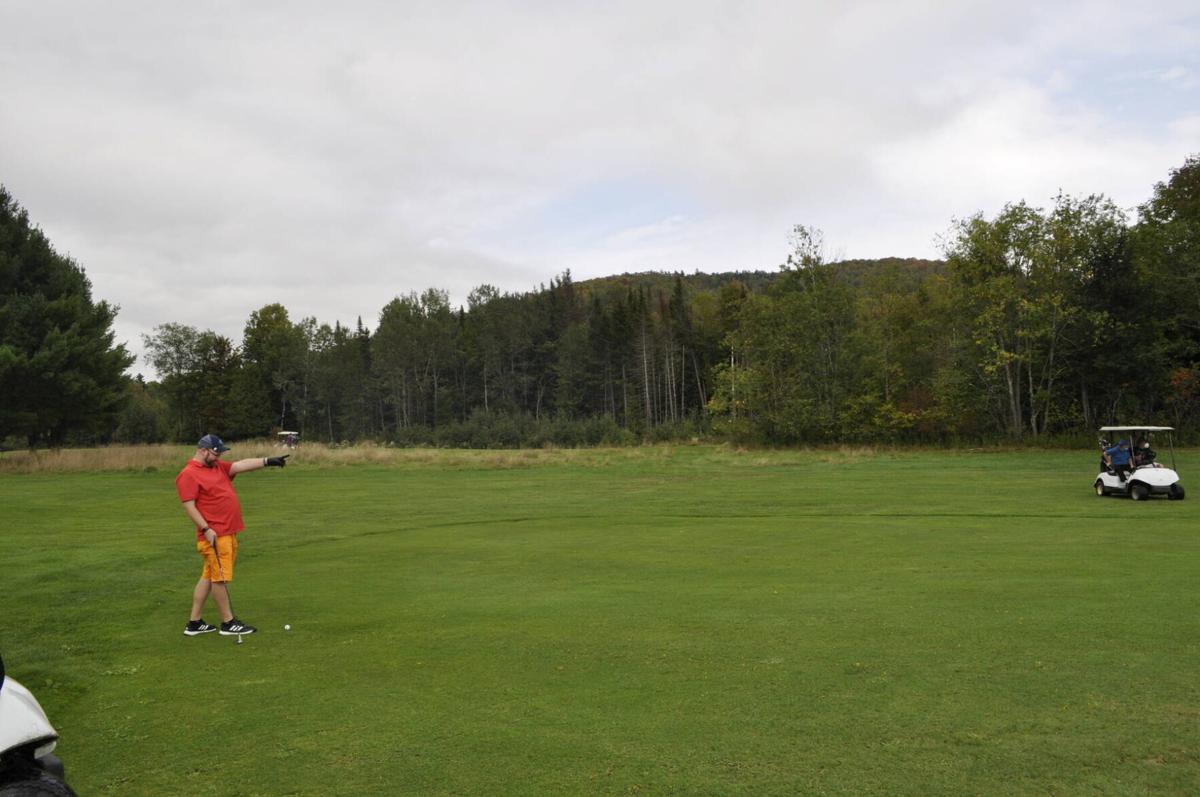 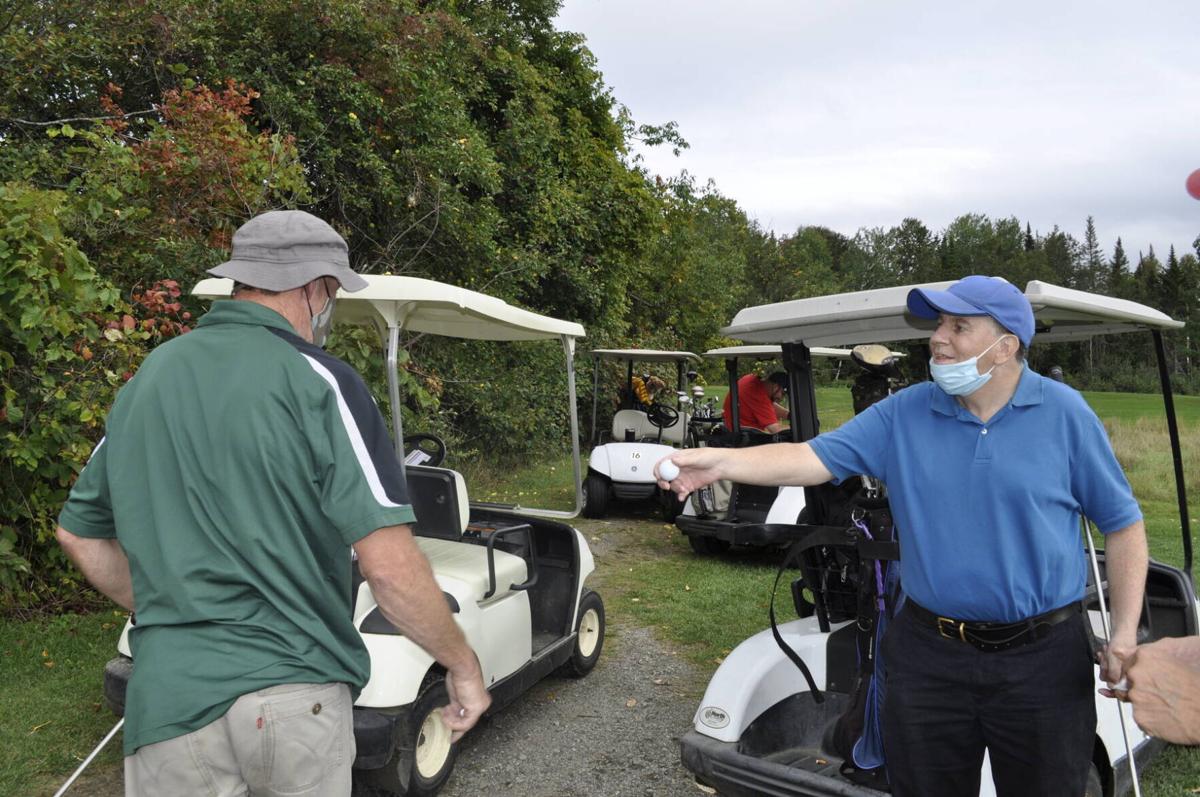 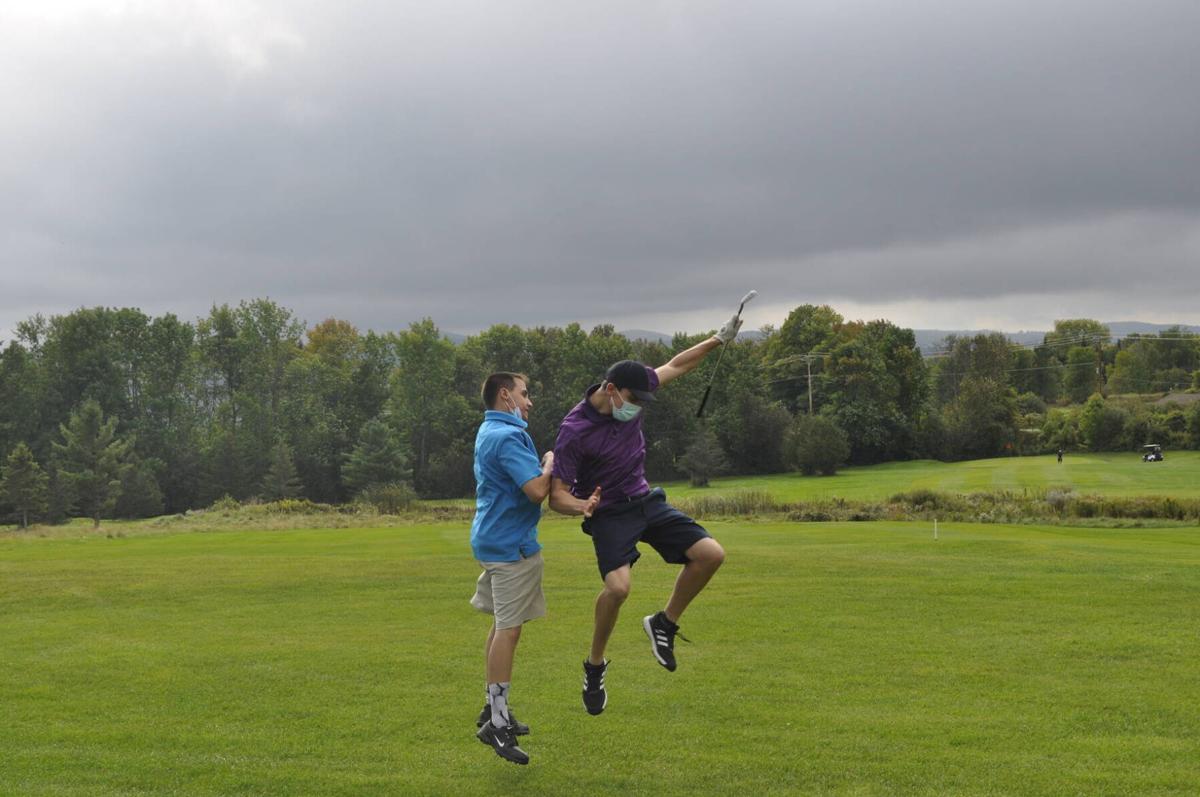 Twins Nathan and Curtis Powers enjoy a moment on the greens. (Photo by Amy Ash Nixon) 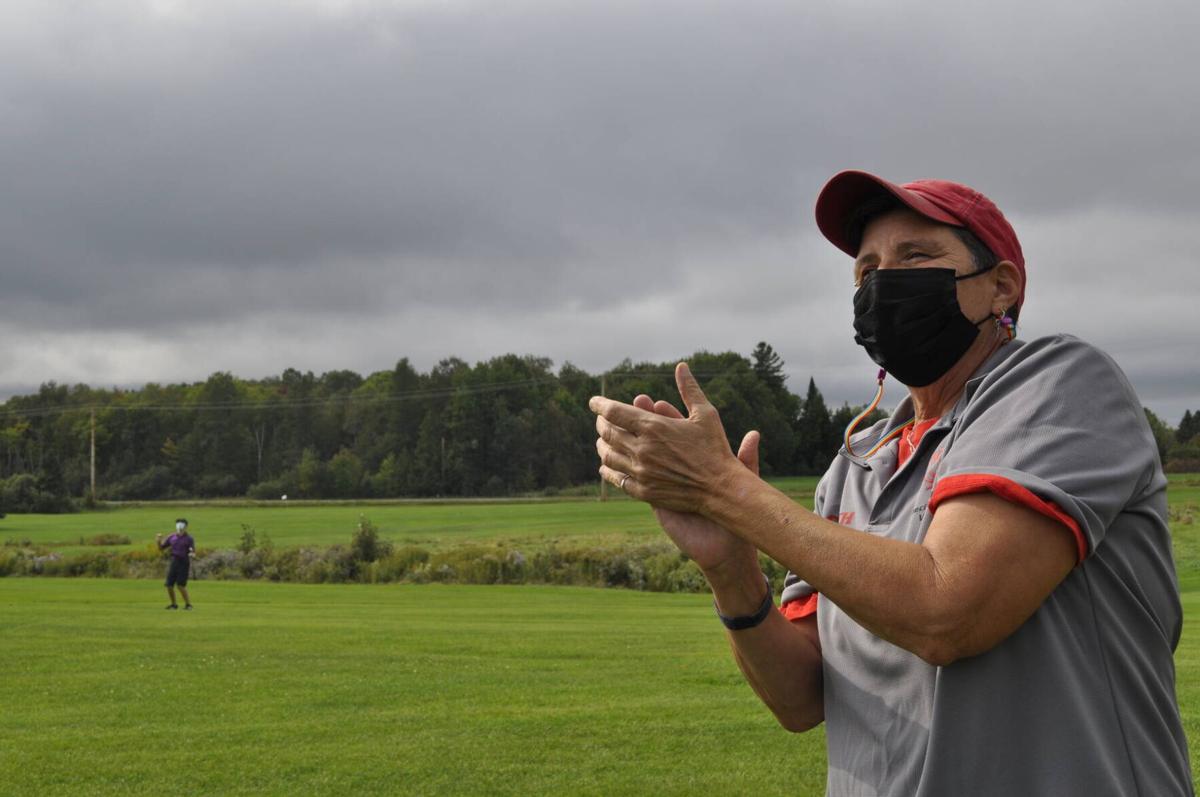 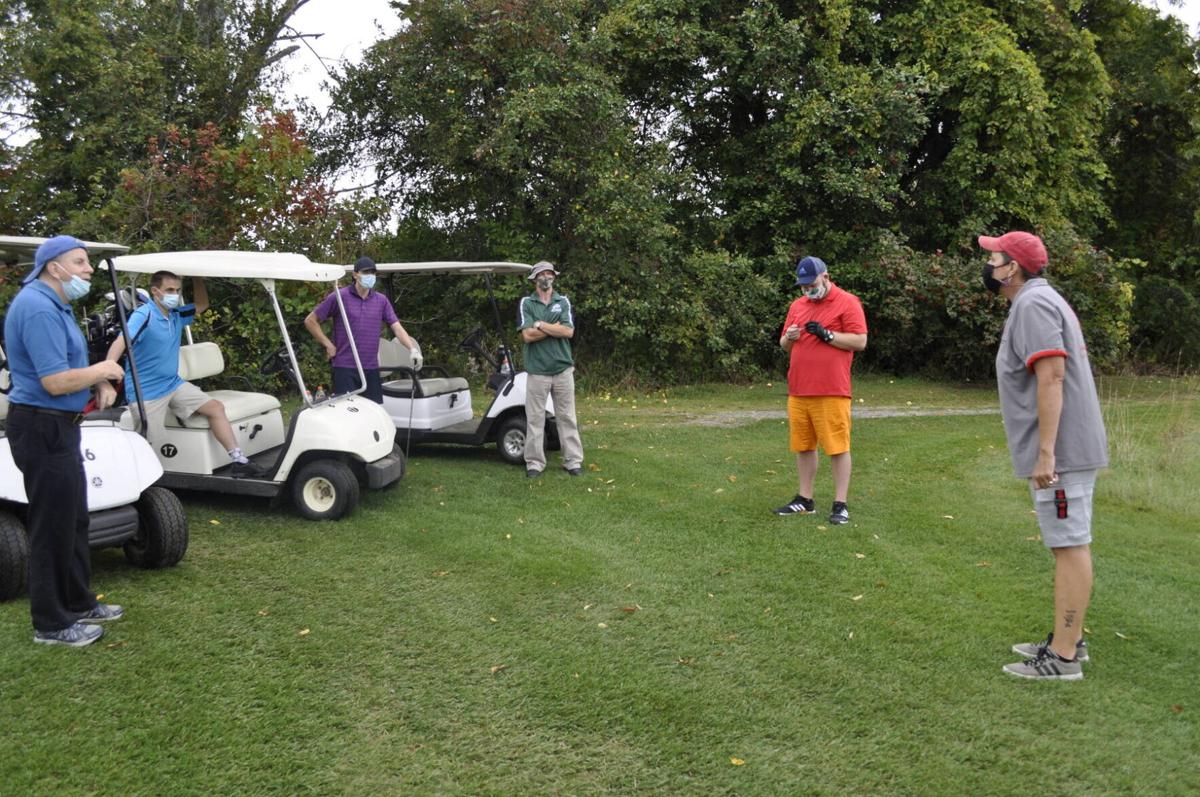 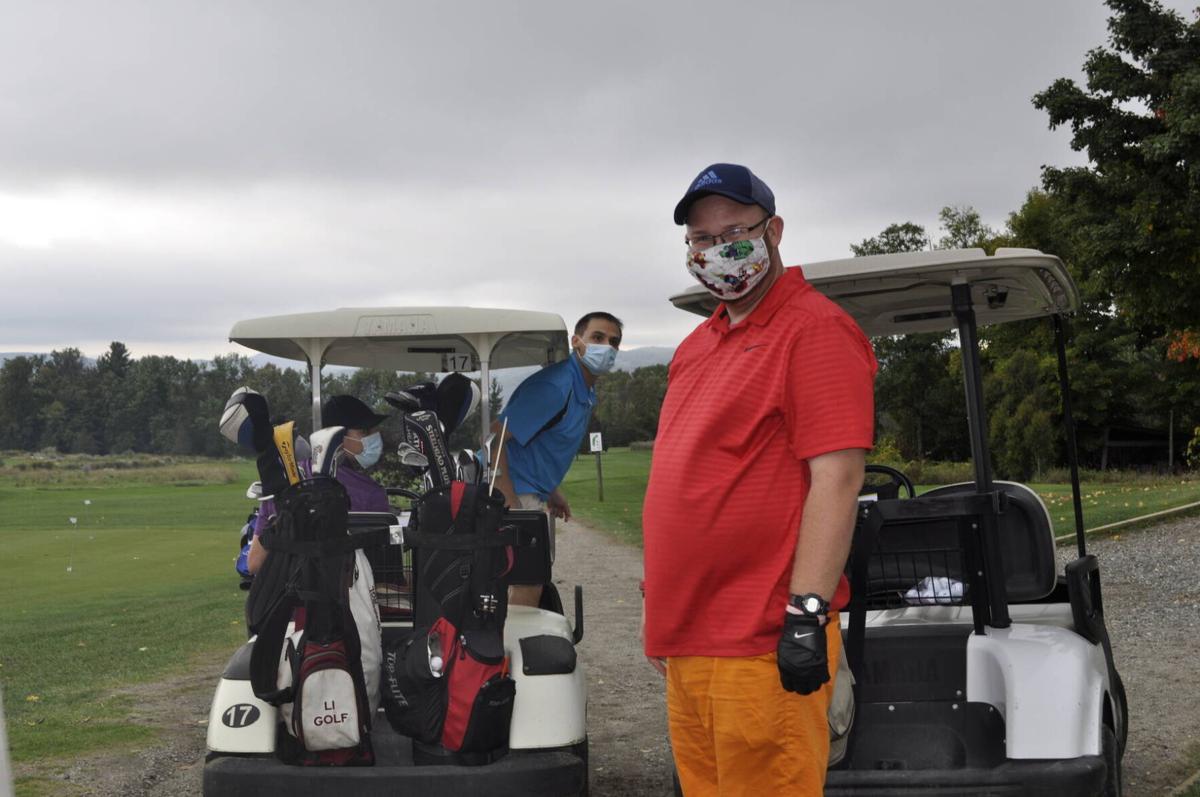 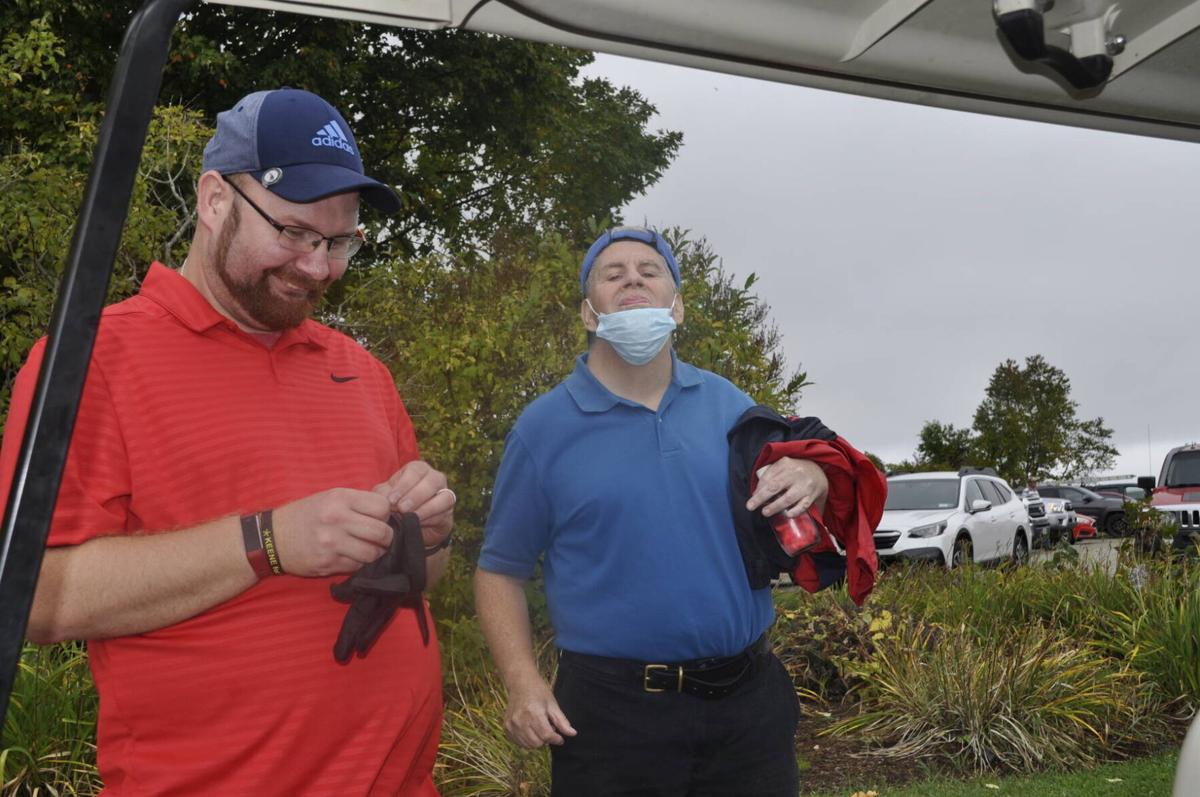 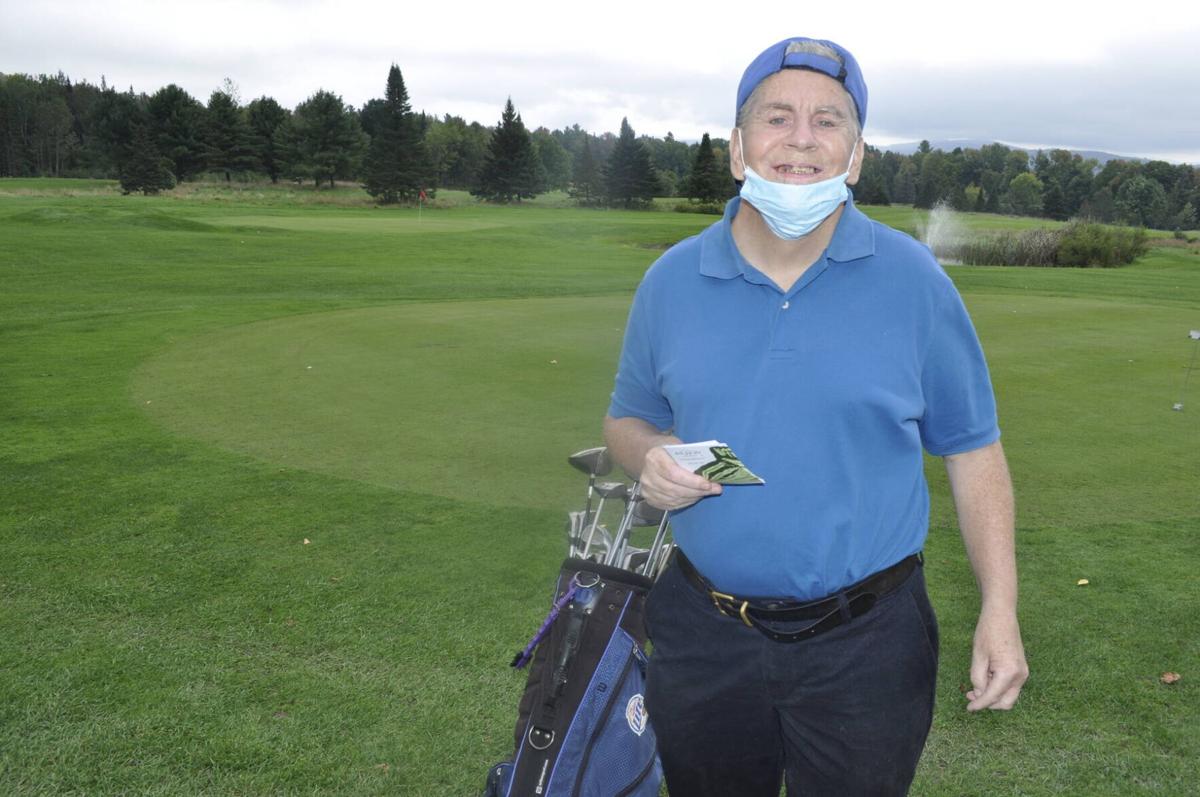 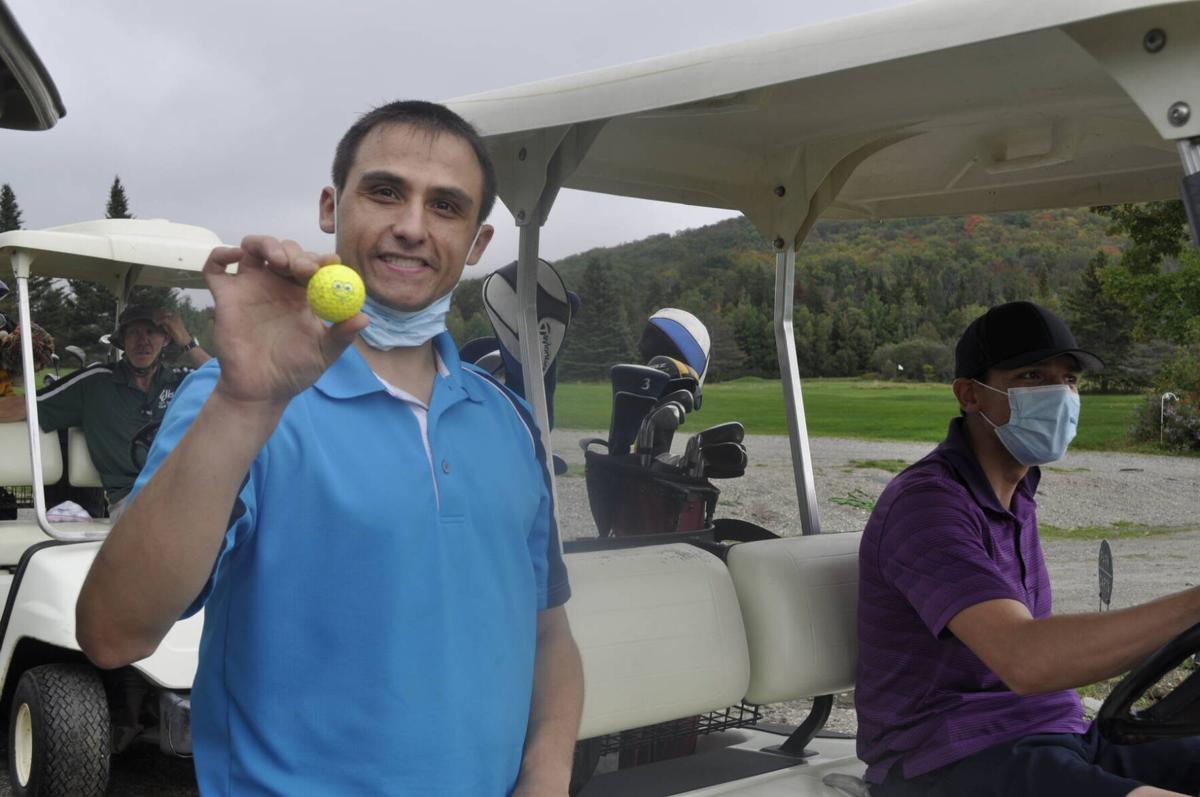 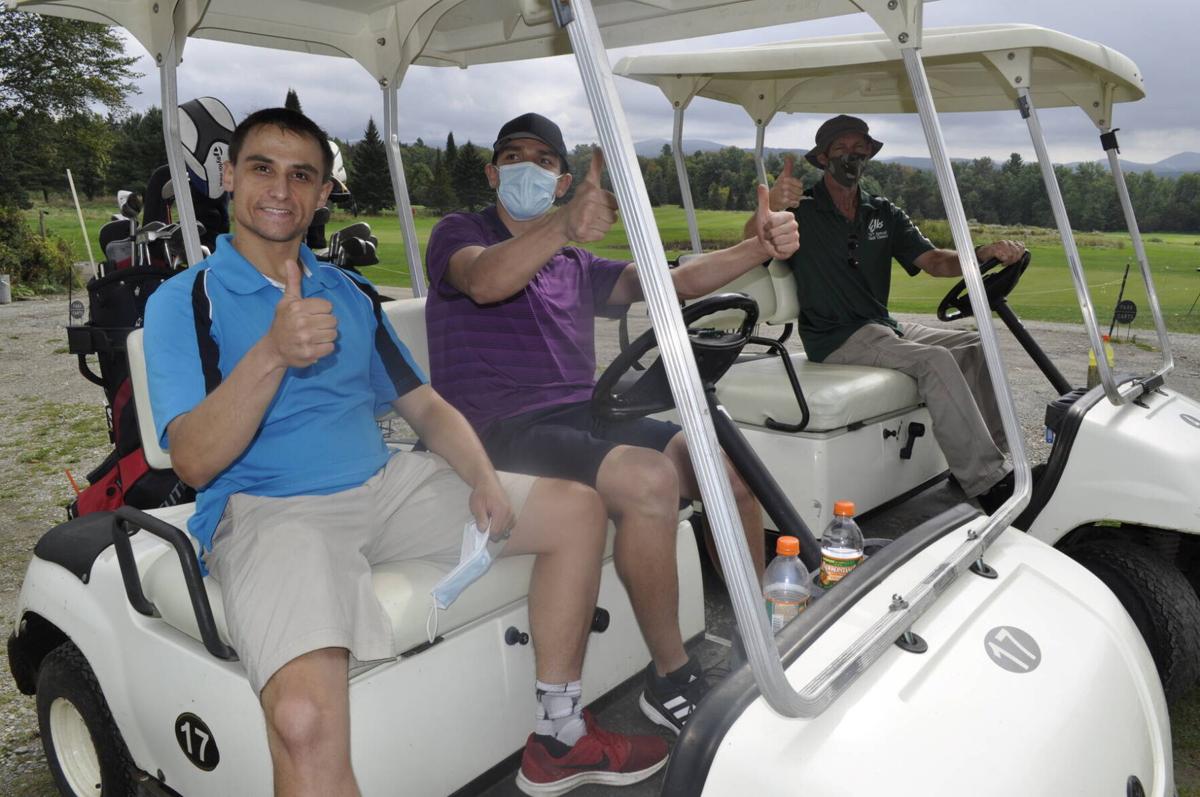 Twins Nathan and Curtis Powers enjoy a moment on the greens. (Photo by Amy Ash Nixon)

BARTON — A group of five men from across Caledonia County has been hitting the links at the Barton Golf Club since June, where they have honed their skills and had a lot of fun in the process.

The men are members of the Caledonia County Special Olympics Golf Team, coached by volunteer Karen Thompson of Lyndon.

Zipping around in their golf carts this past Saturday, the five golfers and Thompson wrapped up their season with a tournament. Last year, the team missed out because of the pandemic.

It’s their fourth year together as a team with the Special Olympics, but their third season actually playing together due to the lost year thanks to COVID-19.

The team is made up of twins Curtis and Nathan Powers of West Burke, Elisha Buss of Lyndonville, Gary Place of East Haven and Steven Frain of Danville.

The Barton Golf Club donated the use of the club’s green fees for the tournament on Saturday and helped to make the team’s playing at the course possible over the summer, Thompson said. The Newport Country Club is also very good to the team, Thompson said.

Also coming along for the event was Frain’s field support specialist through Northeast Kingdom Human Services, Kirby Blackburn, who recently moved to the area from North Carolina.

Buss’s mother, Nancy, before the tournament began, said she was grateful that Thompson, who she referred to as a “pro golfer” volunteers her time as the team’s coach and is so devoted to the game and her son and his friends, “It’s really incredible to have this resource,” she said.

“It’s amazing,” Nathan Powers said of the team. “We get to be out with our friends and stuff. Me and Curtis have been doing this for our entire lives. It’s a fun event. All of us just like doing this.”

Curtis Powers nodded, adding, “I enjoy it a lot.”

For Place, he said getting out and getting exercise in the fresh air is something he really enjoys about golfing, “And I get to hang out with people, my friends … too bad it’s the last day.”

As he shared that sentiment, Thompson’s voice boomed across the course and was heard by everyone in their golf carts, “EVERYTHING counts today! We are in competition!”

She offered a few pointers for the men to keep their eyes and focus on, then, “Be easy on yourselves, when it’s done, it’s done.”

Curtis Powers sang out, “This is the Big Deal,” of the competition getting underway on Saturday.

With a few more pointers from Thompson as they got going, including finding their ball and playing their shots, and “Stay right there, don’t get mad at yourself … ” the event began.

Thompson said she’s not, in fact, a pro golfer, but has three club championships under her belt at the St. Johnsbury Country Club and though she didn’t pick up the sport until she was 29, finished in the top 10 in the state earlier.

Usually, she golfs with the team, but not this past weekend - it was the tournament, and she was on the sidelines, offering encouragement only.

“Hey, I believe in you guys,” Thompson’s voice carried through the course. “If you’re not confident about something, come and get me.”

Frain, about to take his shot, bellowed out with a laugh that he was about to “… knock the s*** out of it!”

Thompson responded to a comment about the cussing on the course being part of the camaraderie, “They’re all adults.”

Then she contributed, hollering out to one of the guys, “Get your 9 iron and get your a** out of here!”

Keeping the guys’ spirits up when they get frustrated is part of the coaching work, explained Thompson, “It takes a lot to hold them up, three of them get really down on themselves.”

“Where are your glasses?” she asks Place, who wasn’t wearing them because of the fogging with the mask. Since he was distanced from everyone else, she told him he could take the mask down, and put his glasses on to take the shot.

Place’s smile was wide as he headed to his next shot.

How minority businesses have been affected by COVID-19

10 things to consider when selling a home by yourself

30 foods that are poisonous to dogs

Voter demographics of every state

How much the typical home cost in your state in 1950