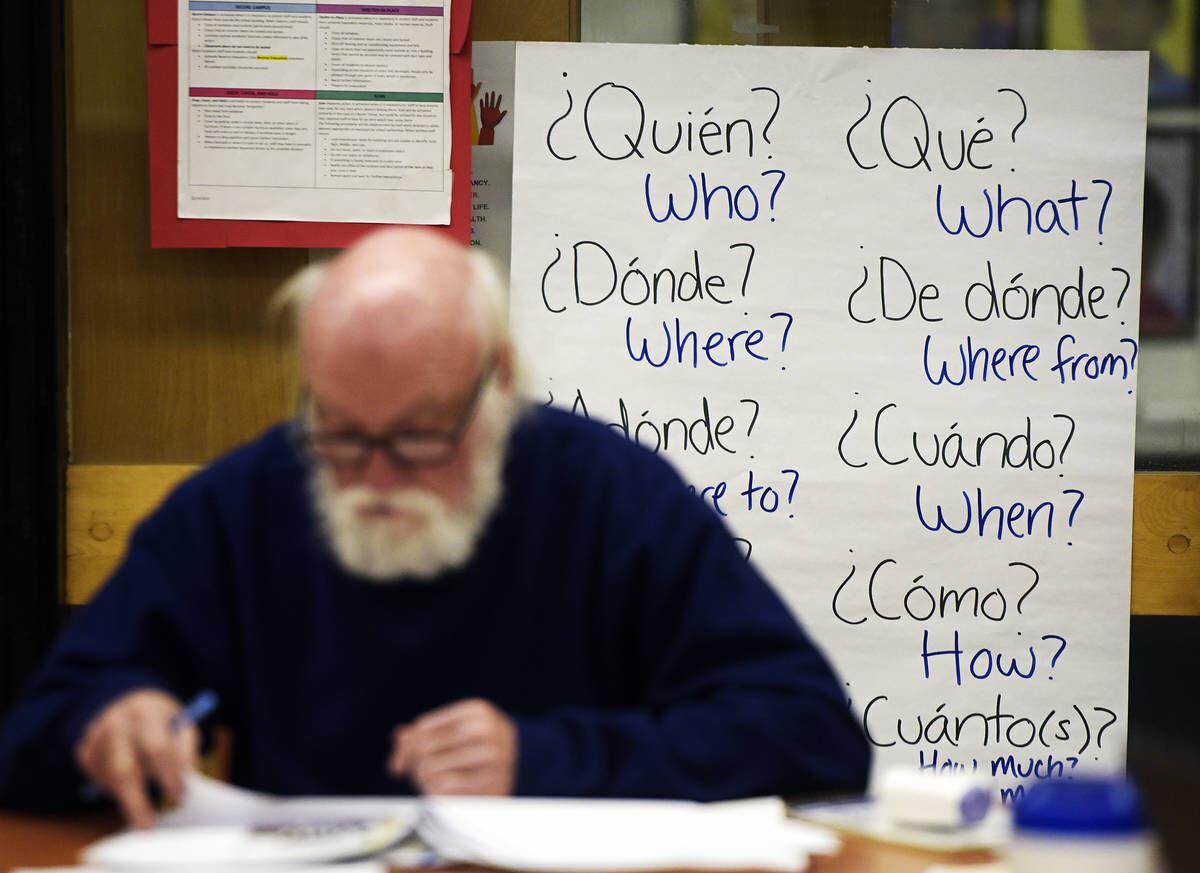 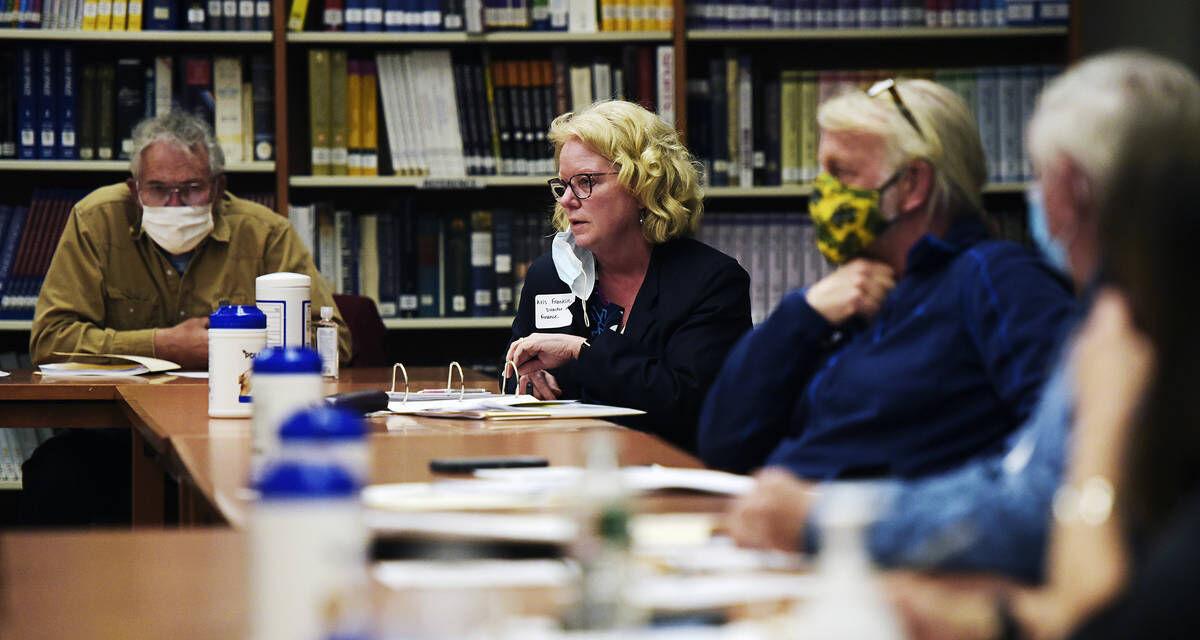 SAU 36 finance director Kris Franklin speaks during a Carroll Withdrawal Committee meeting on Thursday, April 29, 2021. The committee will evaluate of the town's proposal to pull out of the White Mountains Regional School District. (Photo by Paul Hayes)

SAU 36 finance director Kris Franklin speaks during a Carroll Withdrawal Committee meeting on Thursday, April 29, 2021. The committee will evaluate of the town's proposal to pull out of the White Mountains Regional School District. (Photo by Paul Hayes)

WHITEFIELD — Where are we now? What happens next?

The Carroll Withdrawal Committee focused on those two key questions during their second meeting on Thursday.

Gathered in the high school media center, the Withdrawal Committee laid out the current funding situation for the White Mountain Regional School District and looked at Carroll’s educational options if the town successfully exits the WMRSD.

That information will serve as the basis for future discussions, as the Withdrawal Committee begins a six-month evaluation of the town’s proposal to leave the district.

The Withdrawal Committee has until Oct. 26 to make a recommendation to the state Department of Education, or request more time.

The WMRSD is a five-town cooperative school district that includes Carroll, Dalton, Jefferson, Lancaster and Whitefield.

Under the existing agreement, each community’s share of the school budget is based on its average daily enrollment (60 percent) and equalized property value (40 percent).

Carroll has objected to this formula as unfair. The town accounted for 26.3 percent of WMRSD local education tax revenue but just 5 percent of enrollment in the current school year.

“That is the crux of the problem,” said Ben Jellison of Carroll.

Complicating matters, Carroll accounts for 30 percent of the district’s assessed land value, making it the only WMRSD community that doesn’t qualify for state adequacy aid.

Other WMRSD communities receive between $500,000 (Jefferson) and $4 million (Lancaster) in state aid.

The Withdrawal Committee must report to the Department of Education with a recommendation, or request for more time, by Oct. 26.

Minority reports, if there are any, would be due by Nov. 1.

Next, the Department of Education would approve a plan — either the plan submitted, or the minority report.

If the proposal fails at the annual school meeting, the process ends. If it passes, withdrawal would take effect by July 1 of the following year.

If the withdrawal proposal is passed by Carroll, but fails district-wide, then Carroll could appeal to DOE, which would take the matter under consideration and issue findings and recommendations, possibly requiring a special meeting for a vote of reconsideration.

If Carroll successfully withdraws from the WMRSD, there are two primary paths it can take.

Stay In SAU 36: An independent Carroll School District and the remaining four-town WMRSD would remain a part of the current supervisory union, SAU 36.

Carroll and WMRSD would have separate school boards, but share the same superintendent and central office staff. Members of both school boards would serve on an SAU 36 executive committee.

SAU withdrawal would require a planning committee (to study the proposal and create a transition plan), a public meeting on the plan, a DOE recommendation on the plan and — if the DOE supports it — a district-wide vote requiring 3/5 approval to pass.

Following a successful SAU withdrawal, Carroll could form a new SAU or join another.

In that scenario the town could become part of a different cooperative school district, such as the Profile or Lafayette Regional school districts, or form a new one.