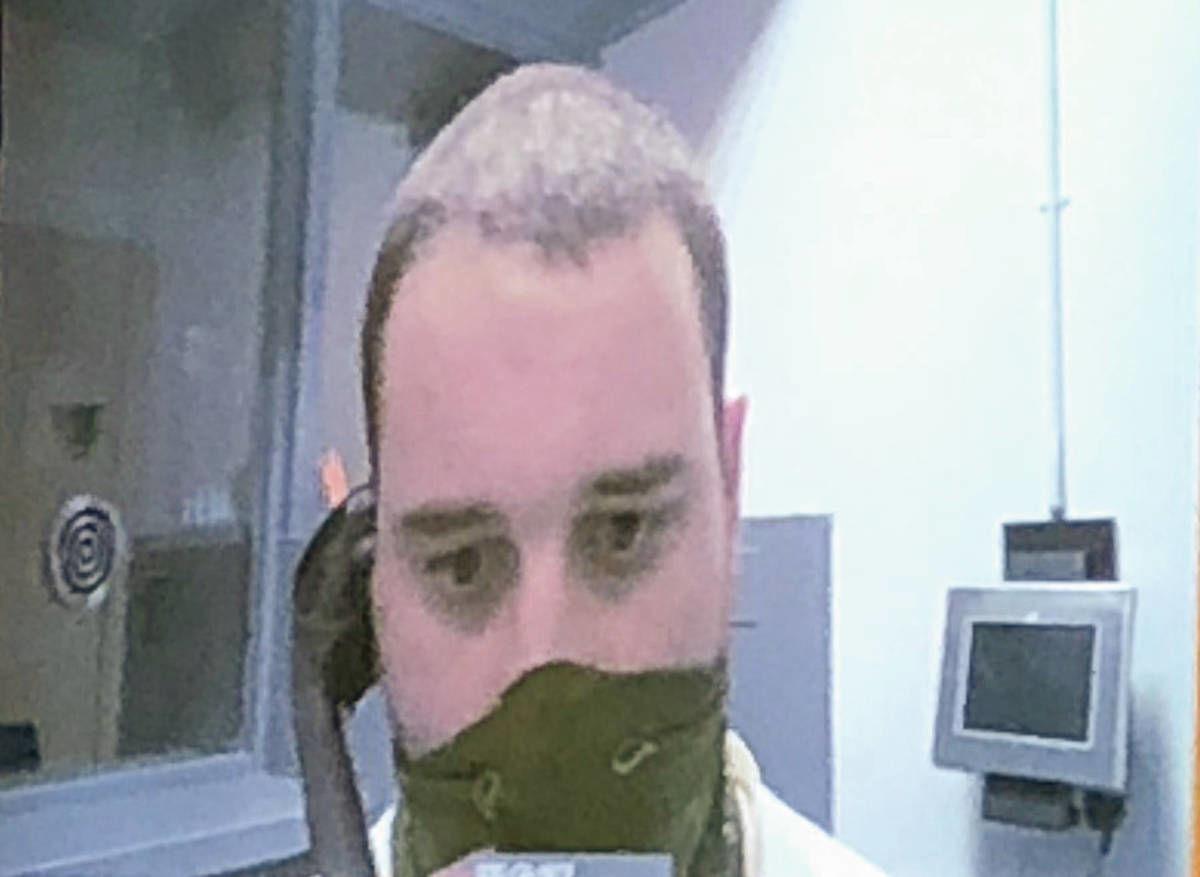 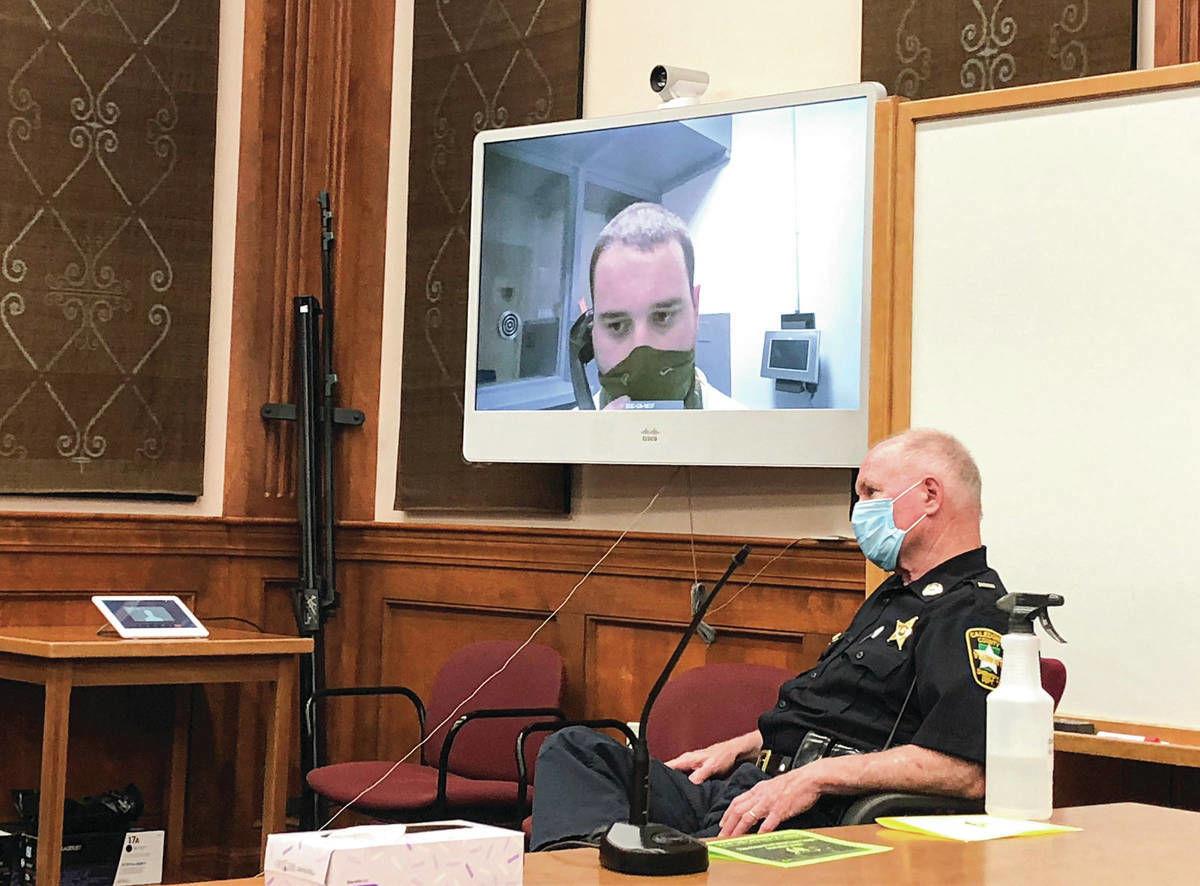 ST. JOHNSBURY — A masked Allen Draper appeared on a big screen TV in Caledonia Superior Court on Monday ready for what’s next now that a judge let him withdraw his guilty plea to murder.

The hearing before Judge Michael Harris on Monday was a chance for the prosecution and defense to discuss next steps in the case. The judge conducted the hearing from the bench. Also physically in the courtroom were the court clerk, the court officer and a single reporter in the gallery. All wore masks. Joining by phone from remote locations were Orleans County State’s Attorney Jennifer Barrett and Draper’s lawyer Rob Sussman.

Prior to a judge’s order five weeks ago a plea deal was in place to resolve the murder charge against Draper, who is accused of killing St. Johnsbury resident Tim Persons on May 15, 2018, and torching Person’s Crepeault Hill Road residence. Draper changed his mind about changing his plea to guilty and asked to withdraw the plea in December. On May 21, Judge Robert Bent granted Draper’s request.

In his order, Judge Bent referenced information gathered by investigators that questioned Draper’s physical ability to be at Persons’ house the night of the killing and information that suggests others were involved in the crime.

“The elephant in the room in this discussion is the specter of Mr. Draper’s innocence,” Judge Bent wrote.

Persons, 52, was a local contractor who knew Draper from volunteer work Persons did with the Covered Bridge Therapeutic Communities half-way house at 184 Pearl St. in St. Johnsbury. At the time of Person’s death, Draper was a resident of Covered Bridge.

A day after the killing authorities said Draper confessed to the murder, but now Draper is denying guilt.

“The state did not show it had corroborative physical evidence of Mr. Draper’s guilt in its affidavit of probable cause or at any other time during the proceedings,” wrote Judge Bent. “In fact, Atty: (Lisa) Warren advised the court that the state’s case would be substantially weakened without the confession…”

Warren had negotiated the plea deal in August 2019, but in October she stepped down as State’s Attorney and was appointed a superior court judge. State’s Attorney Jessica Zaleski replaced her, but when Draper decided to withdraw his plea Zaleski could not serve as prosecutor because she had briefly worked for the Caledonia County Public Defender’s Office when it represented Draper at his initial arraignment in 2018.

The case was transferred to Barrett in Orleans County, and the amount of time needed for her to get up to speed on the case was the subject of Monday’s hearing.

“Because Ms. Barrett is new to the case I think she would be better positioned to give some sense to the court of how much time she thinks she needs, but I informed her that it’s our intention to be flexible regarding the time needed because it really is a complicated case,” said Sussman.

The judge agreed with the assessment.

Barrett said she doesn’t expect to cause a “significant delay” in her effort review all the details and evidence in the case, but she said there’s a lot to review.

“There’s something like 11,000 hours of media that has not been reviewed,” she said. “Obviously we’d like to review all those surveillance videos.”

Barrett said another prosecutor from a different county will be assisting her. “It will give another set of eyes since this is obviously a complex case for Caledonia,” she said.

It was decided at the hearing that Sussman and Barrett would propose a scheduling plan to the court by July 10. It will include a proposal for a trial date and the need to any prior hearings to present pre-trial motions.

“There is going to be more litigation before we’re trial ready,” said Barrett, “but we’ll notify the court of those deadlines and expectations in that order.”

Draper sat silently as he tuned in to the proceedings from a room inside the Northeast Regional Correctional Facility in St. Johnsbury through a video feed.

Judge Harris briefly addressed Draper about what’s next in the process before the hearing ended and the feed was cut.

“It’s a matter of planning the various steps to be ready to prepare a defense including any appropriate motions for me to hear,” said Judge Harris.