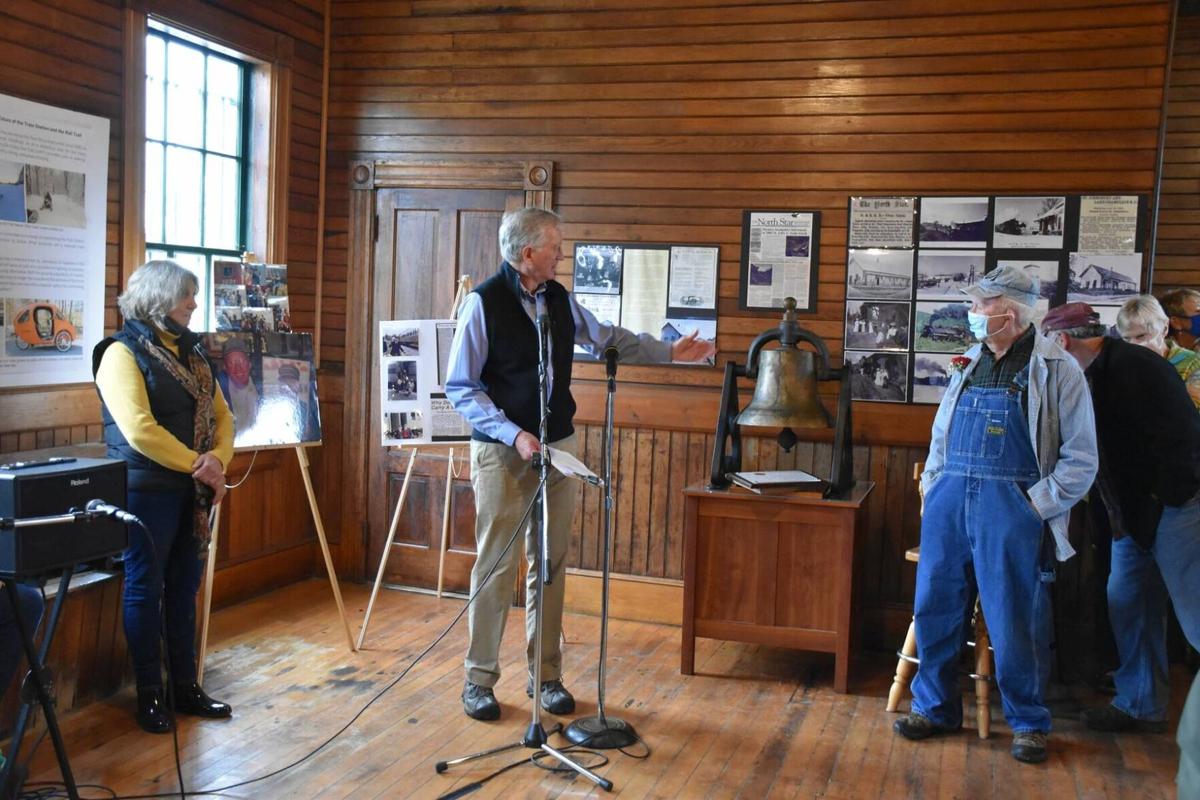 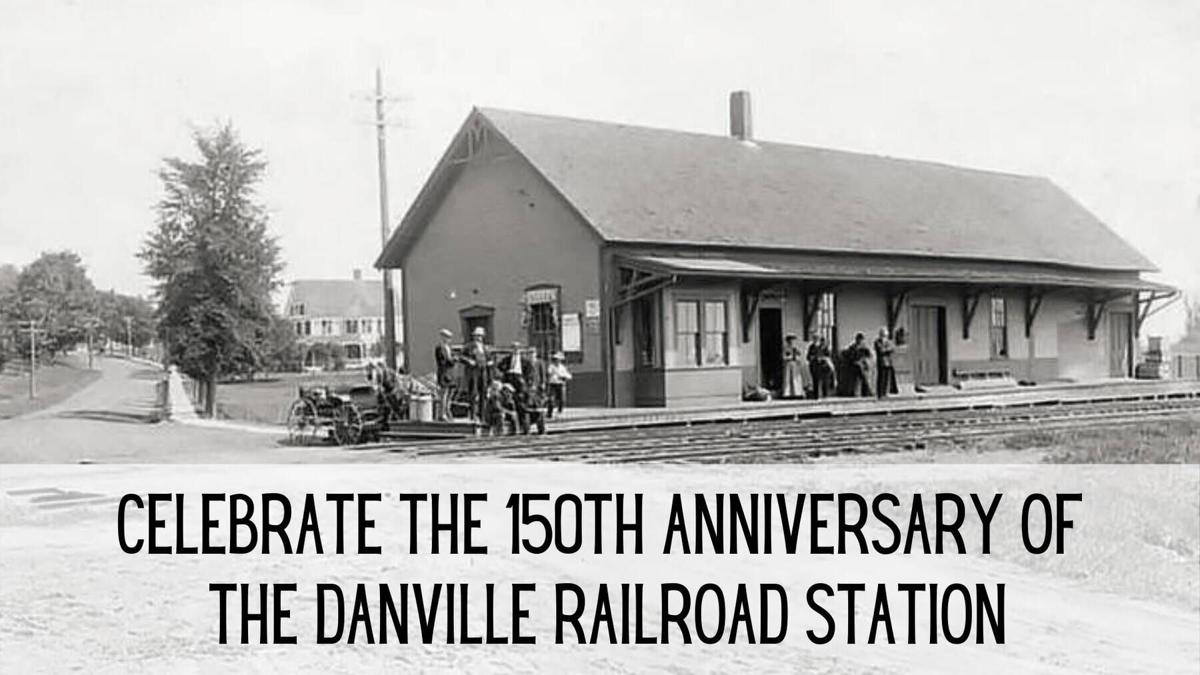 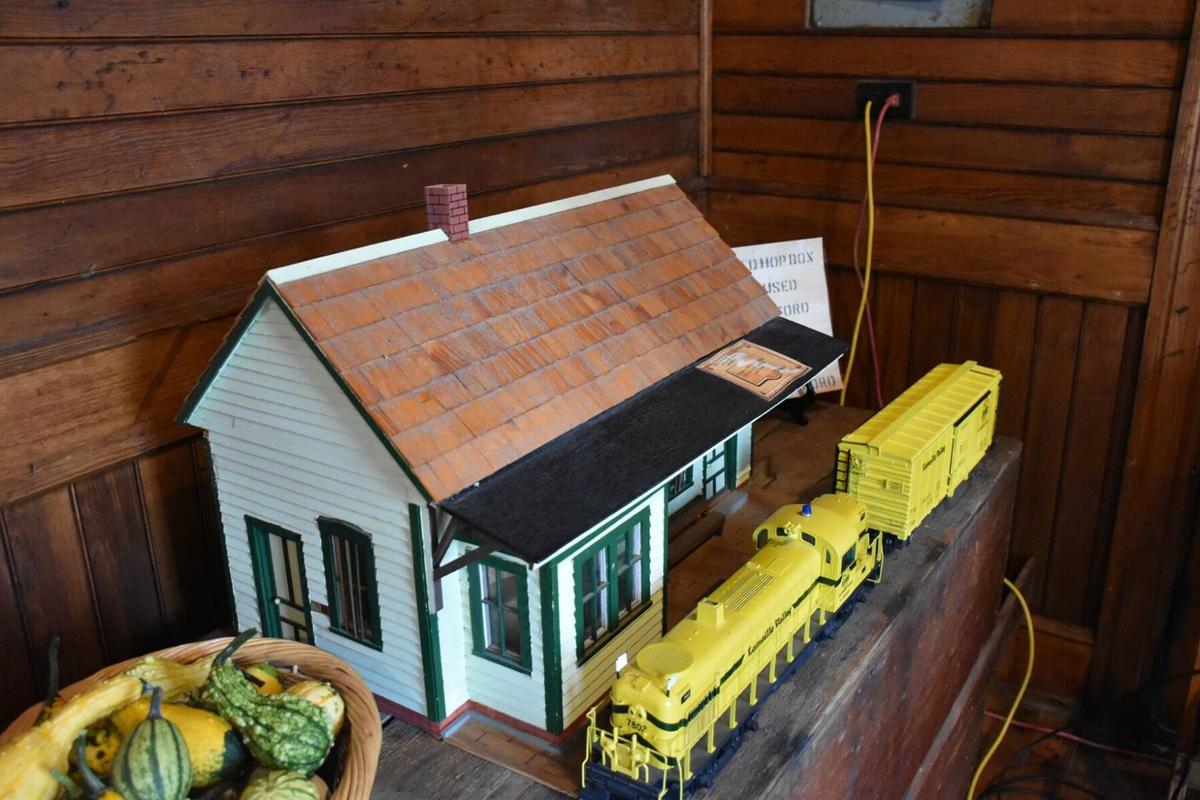 A model of the train station. (Courtesy Photo) 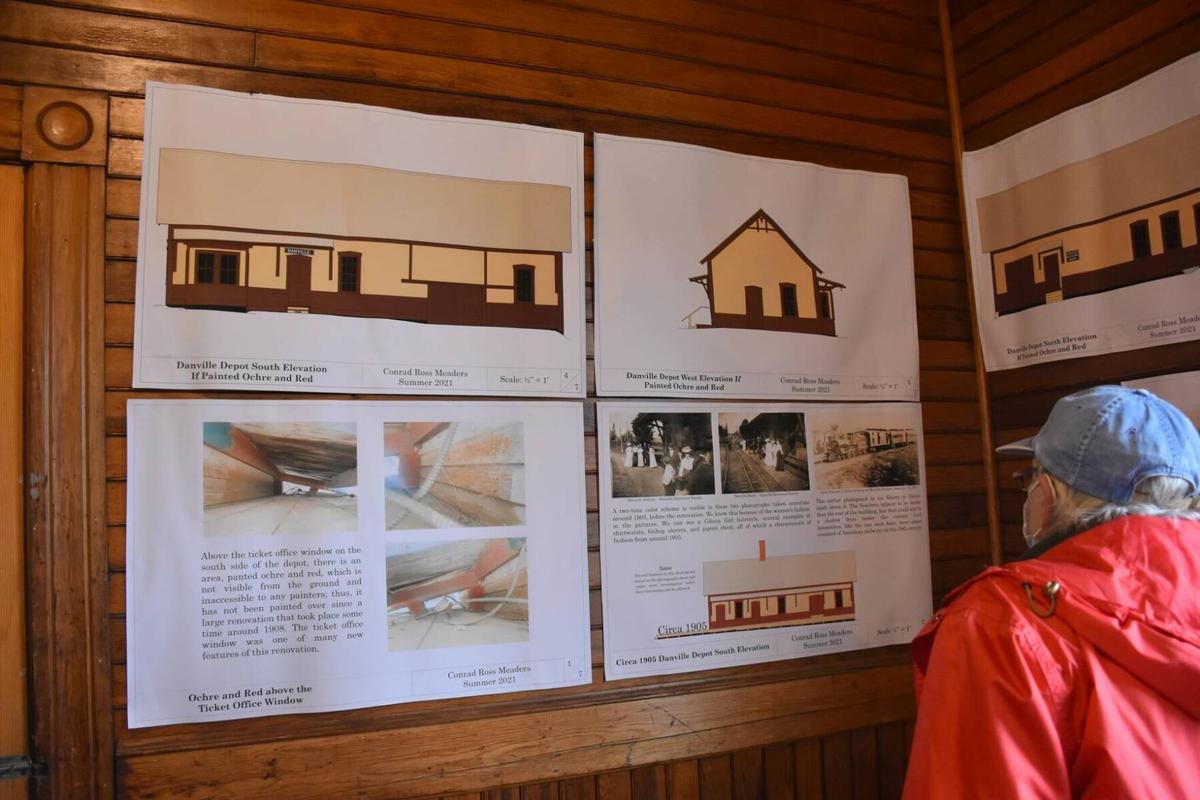 Posters and exhibits of the station's history and planned future were part of the 150th anniversary celebration. (Courtesy Photo) 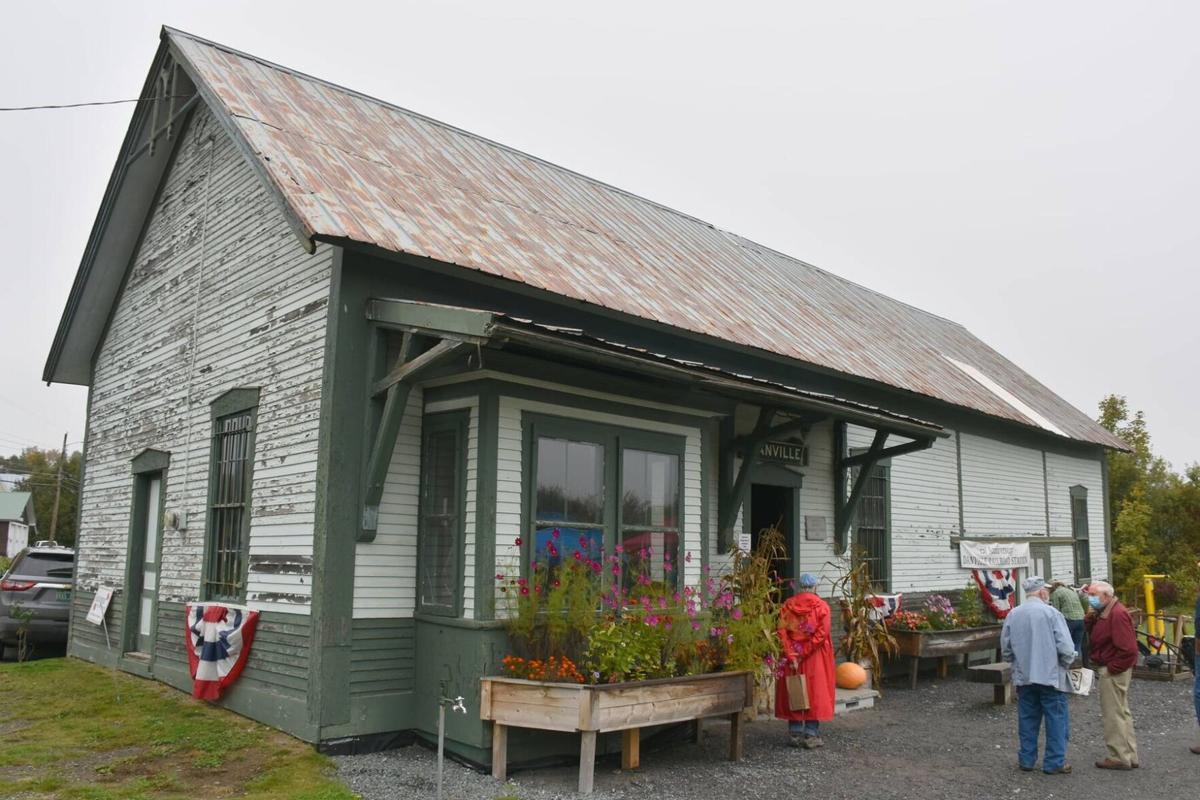 People mill outside the Danville Train Station during its 150th anniversary celebration in October. (Courtesy Photo) 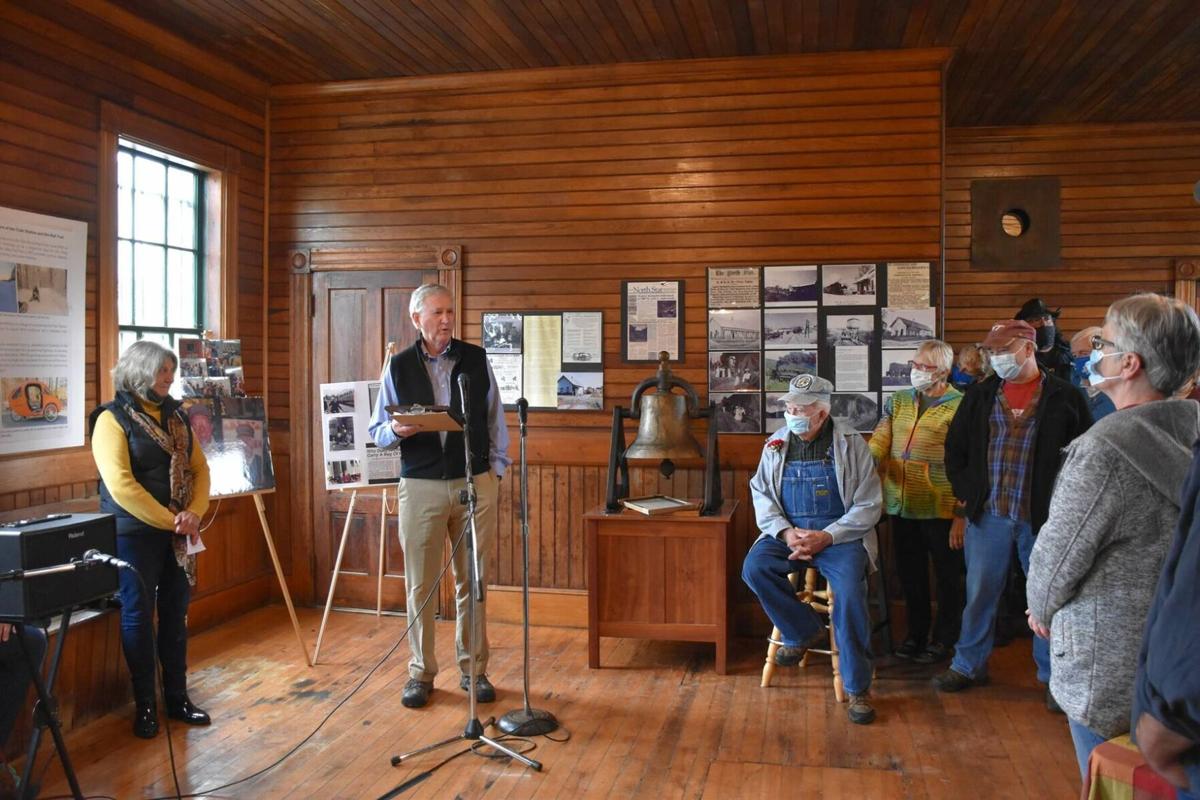 A model of the train station. (Courtesy Photo)

Posters and exhibits of the station's history and planned future were part of the 150th anniversary celebration. (Courtesy Photo)

People mill outside the Danville Train Station during its 150th anniversary celebration in October. (Courtesy Photo)

Efforts to rehab and revive the Danville Train Station are proceeding with a full head of steam.

The volunteer committee that has been hard at work for nearly a year marked several recent milestones, including the 150th anniversary of the opening of the train station.

Their work has focused on several fronts, including identifying the needs of the building, outlining potential uses for the future of the station, as well as grant writing and fundraising.

“I feel like we are at a pretty good stage right now,” said Michael Hogue, Train Station Committee co-chair and member of the town’s planning commission.

Hogue has been frequenting Danville select board meetings lately offering updates and soliciting board input and decisions on the next steps for the committee and town-owned station. The group anticipates an intensification of the fundraising and grant writing efforts this winter, and at its most recent meeting received Select Board approval to pay a professional grant writer to help with the effort.

Hogue said Kate Whitehead, who is a member of the committee and the planning commission, was hired to help with the grant writing and administration. “We were working her to the bone,” said Hogue of Whitehead’s volunteer work with the grants thus far.

The restoration effort received a $75,000 grant from the Vermont Housing and Conservation Board and is one of just a few dozen applicants out of hundreds that were invited to submit final applications for a Vermont Outdoor Recreation Economic Collaborative Community Grant that could provide significant funding if approved. The group is also working on a municipal planning grant and is being put forward for a grant from the Preservation Trust of Vermont, among others.

Hogue highlighted last month’s celebration of the 150th anniversary of the station, when the committee celebrated Archie Prevost, a retired engineer with the Canadian Pacific and the St. J & L.C. trains, and named him committee chairman emeritus.

“Just imagine what it must have been like for the town of Danville at that time and how exciting it must have been. It just opened up a world of possibilities for passenger travel, for freight travel and it also was a significant boost to the economy for the town of Danville,” said Patty Conly, Executive Director of the Danville Historical Society and member of the train station committee at the celebration. “Once again that rail bed will serve to bring people to the town of Danville … We are really looking forward to getting this building back to its original glory so that people that are enjoying the rail trail today can have a place to come in and celebrate the history.”

The station is a modest building with about 750-square-feet in the passenger side that features much of the woodwork installed during a renovation in 1907. The freight half of the building is approximately the same size.

Kingdom All Stars Music To Be Featured On Radio And TV

Hogue said current estimates, which are still a work in progress, indicate it could cost about $400,000 for the necessary work to rehabilitate the building and repurpose it. The freight side of the building has been home to the town’s recycling center for years. That operation is in the process of moving to a new facility being built over the next few months near the town garage.

The Train Station Committee has identified the likely use of the passenger side of the building, which they propose would house exhibits by the Danville Historical Society as well as a presence by the Chamber of Commerce to promote the various assets in Danville that rail-trail users may want to learn more about. The station would also feature restrooms and a comfort station for rail trail users and a large kiosk outside highlighting local businesses, attractions and recreational opportunities across the entire town.

Future use of the freight side of the building is still in the planning stage, but the group has considered whether a tenant could be located in the station, to help generate some revenue to offset building maintenance costs. The station originally had about 1,000 square feet of additional space on the freight side that could potentially be rebuilt if the right purpose was identified and funding secured, said Hogue.

The building, though, needs a bit of work.

“The big thing is to stabilize the undercarriage of the building - work on the foundation, sill beams and deal with the water runoff,” said Hogue. “The rest is much more cosmetic.” Plans call for restoring the passenger canopy and platform that extends along the former rail line. The vision is for the platform to have umbrellas and chairs and provide a place of rest for riders and the like.

Hogue said once the building work is complete a remaining challenge, as is the case in other parts of Danville village, is where people would park who want to visit the station. Hogue noted parking is already an issue at the station, and not just on recycling days but also with bikers using the location to access the rail trail.

“We have to solve parking. If we don’t solve parking we will have nothing but complaints from all of our neighbors going forward,” Hogue told the crowd during his remarks at the anniversary celebration.

“It’s a fabulous group – very talented … I hope the group stays together for at least another year,” said Hogue. “They all believe heart and soul in the project.” Hogue expects a lot of the planning, decisions and perhaps even some of the construction to be done in 2022.