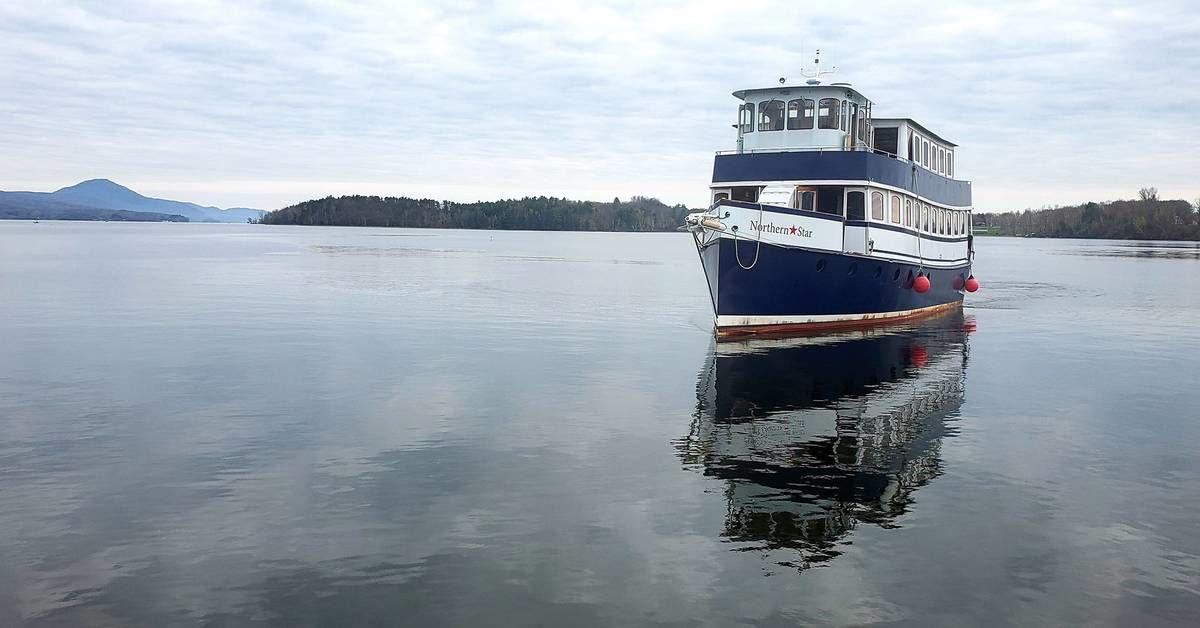 The Northern Star heads into Newport City dock after an early outing on Lake Memphremagog this spring. (Courtesy Photo) 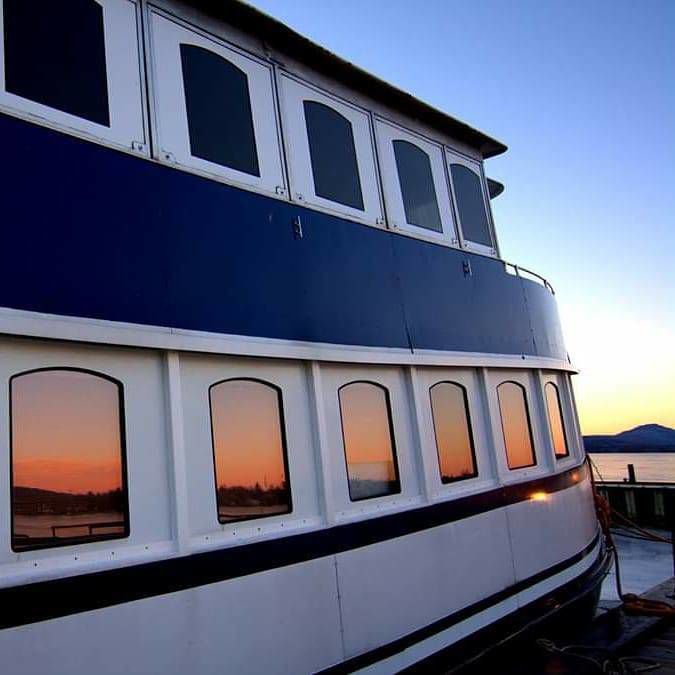 The sunset glows in the windows of the Northern Star, at dock in Newport City on Lake Memphremagog. (Courtesy Photo) 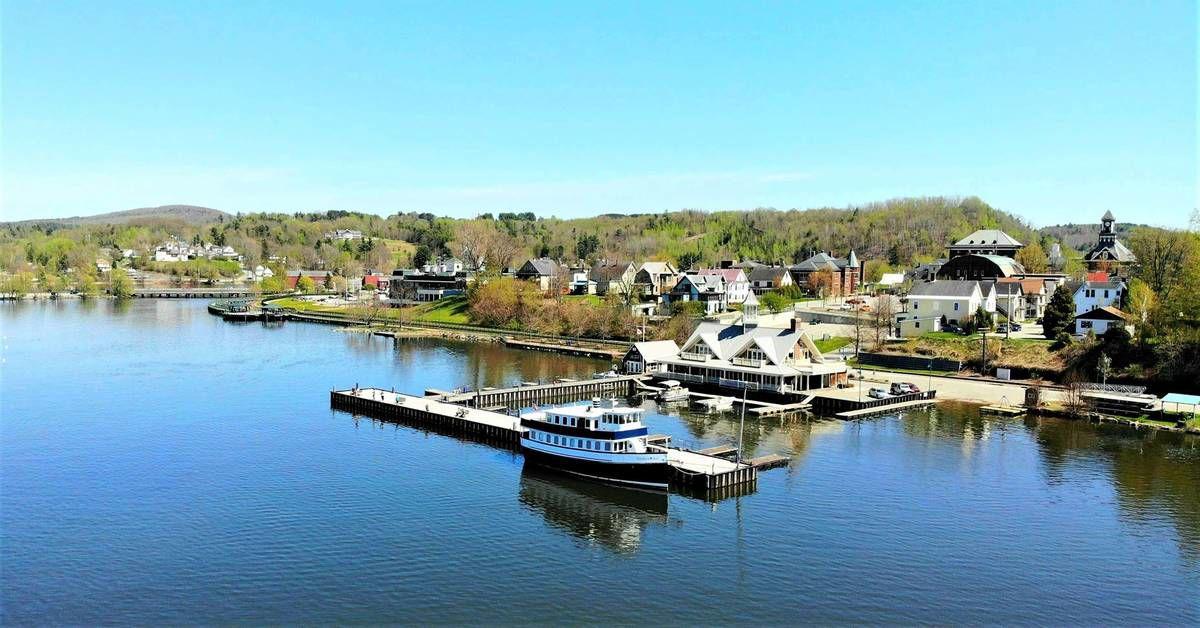 An aerial view captures the Northern Star at dock on Lake Memphremagog, with Newport City laid out beyond. (Courtesy Photo)

The Northern Star heads into Newport City dock after an early outing on Lake Memphremagog this spring. (Courtesy Photo)

The sunset glows in the windows of the Northern Star, at dock in Newport City on Lake Memphremagog. (Courtesy Photo)

An aerial view captures the Northern Star at dock on Lake Memphremagog, with Newport City laid out beyond. (Courtesy Photo)

NEWPORT CITY - Vermont’s second operational tour boat is about to open for business during this very unusual summer season.

The group is preparing for the tour boat’s first summer of private cruises under new ownership, featuring signature dishes of local restaurants.

And MCM board members are hopeful that they will be able to offer a fall of educational programming for students of local schools, all under the restrictions of life during the COVID-19 pandemic.

“I want this to be about the community,” said Rick Desrochers, the new executive director of the Northern Star.

Desrochers and MCM board member Patrick Martell talked Thursday about MCM’s plans for the tour boat in its first year under MCM.

As part of the purchase, the credit union agreed to provide MCM with an annual grant of $35,000 beginning last year. That allows MCM to use the grant to pay off the loan and interest over five years.

The generous grants from NCFCU means MCM can invest all of its fundraising dollars into the boat’s maintenance, operations, staff, cruises, and educational programs.

Vermont Gov. Phil Scott is considering a loosening of restrictions to allow gatherings of up to 25 people and possible indoor dining. Both of these bode well for the Northern Star, they said.

The Northern Star can host 49 people. A cruise of 15 to 25 passengers with social distancing is very possible, Martell said.

Desrochers has been working with Jim Davis, executive director for the Newport Downtown Development Association, and has reached out to eight area restaurants, Martell said.

“Jim Davis has been providing huge assistance … for us,” working together with MCM for area businesses, Desrochers said.

The goal is to feature dishes from one restaurant each weekend during private cruises this summer.

And they hope to plan for special events, such as an evening cruise when Newport City puts on its popular annual July 4 fireworks.

Desrochers grew up here and remembers watching fireworks in Newport City from the family vehicle. Many people still do that, making it possible during the pandemic.

“We’re excited. It’s great that we’re helping the businesses out and they are helping us out.”

The MCM board of directors had been meeting weekly since the boat purchase last fall to prepare for the 2020 season - when the state-wide shut down changed things this spring.

The board went ahead with hiring Desrochers to get the boat ready for whatever became possible. There is a new Facebook page site, Northern Star Cruises, that feature more information as soon as they receive guidance from the governor.

The pandemic also shifted the season for the Northern Star. The board had hoped to have the first cruise May 1. But that was cancelled.

“It would have been snowing!”

The state shut down delayed a lot of plans for the first season. But the grants from North Country credit union means that MCM wasn’t hurt as badly as some other businesses.

They took advantage of the down time to get the boat ready for the summer, and to plan out the changed season.

The new website will soon feature available cruise dates and which restaurants will cater which weekend. People will be able to buy memberships or pre-buy tickets for a shortened season for July, August and September.

They will continue to work with area schools to see how the boat can be used for local education and research.