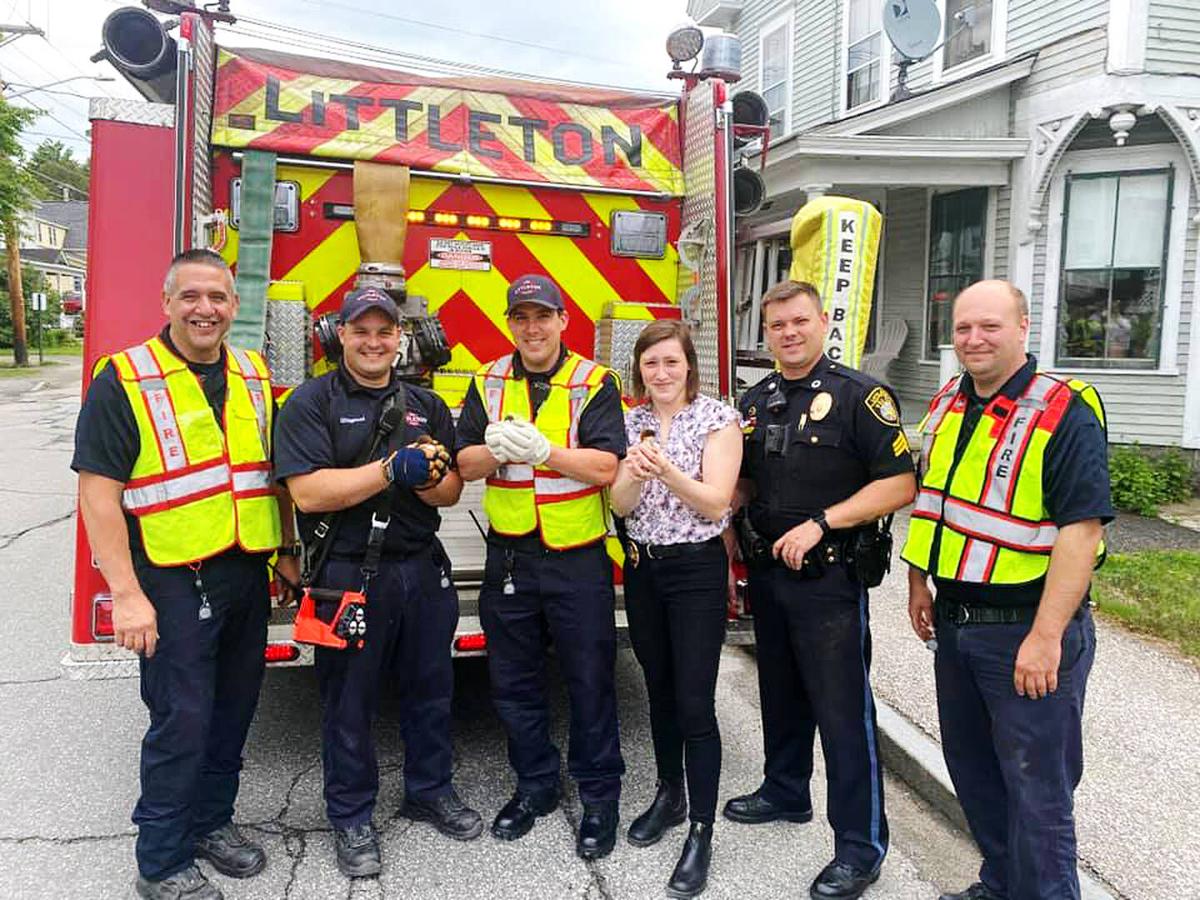 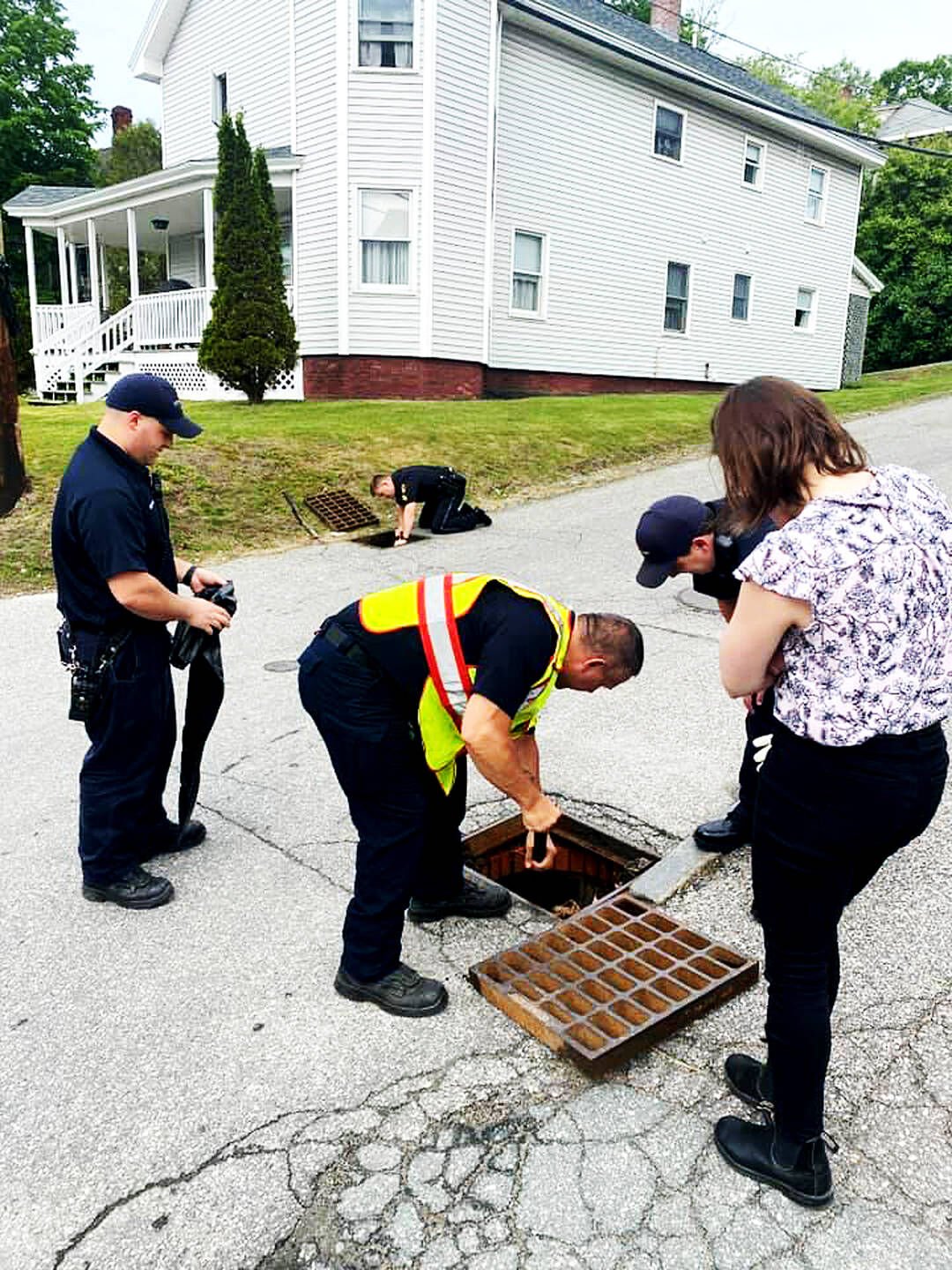 Littleton Fire and Police personnel rescue a duckling from a storm drain at the intersection of Pleasant and High Streets on Thursday, June 3, 2021. (Courtesy Photo)

Littleton Fire and Police personnel rescue a duckling from a storm drain at the intersection of Pleasant and High Streets on Thursday, June 3, 2021. (Courtesy Photo)

LITTLETON — Three lucky ducklings were saved from a fowl fate on Thursday morning.

Littleton Police were summoned to the intersection of High and Pleasant Streets to corral the distressed ducks shortly before 9 a.m.

Sgt. Scott Powers and Det. Jillian Myers arrived to find one duckling wandering through traffic, another cornered by cats, and a third stuck in a storm drain.

The two above ground were quickly scooped up.

Littleton Fire were summoned to assist with the third, nicknamed Sassy because it retreated into a drain pipe and refused to cooperate.

Eventually the LFD flushed Sassy out.

All three ducklings were unharmed and placed in a cardboard box for transport.

They were handed off to state Fish and Game Officer Chris McKee, who released them into a local pond where another duck family is expected to adopt and raise them.

It’s unknown how long the young quackers were waddling through town or where they came from. The intersection is not near a breeding ground or body of water.

Coincidentally a similar rescue happened less than a quarter mile away on Jackson Street a year ago on June 6, 2020.

For members of Littleton Police and Fire, Thursday’s heart-warming rescue was a morale boost.

Said Sgt. Powers, “It was a good opportunity for us to help even Littleton’s smallest creatures.”