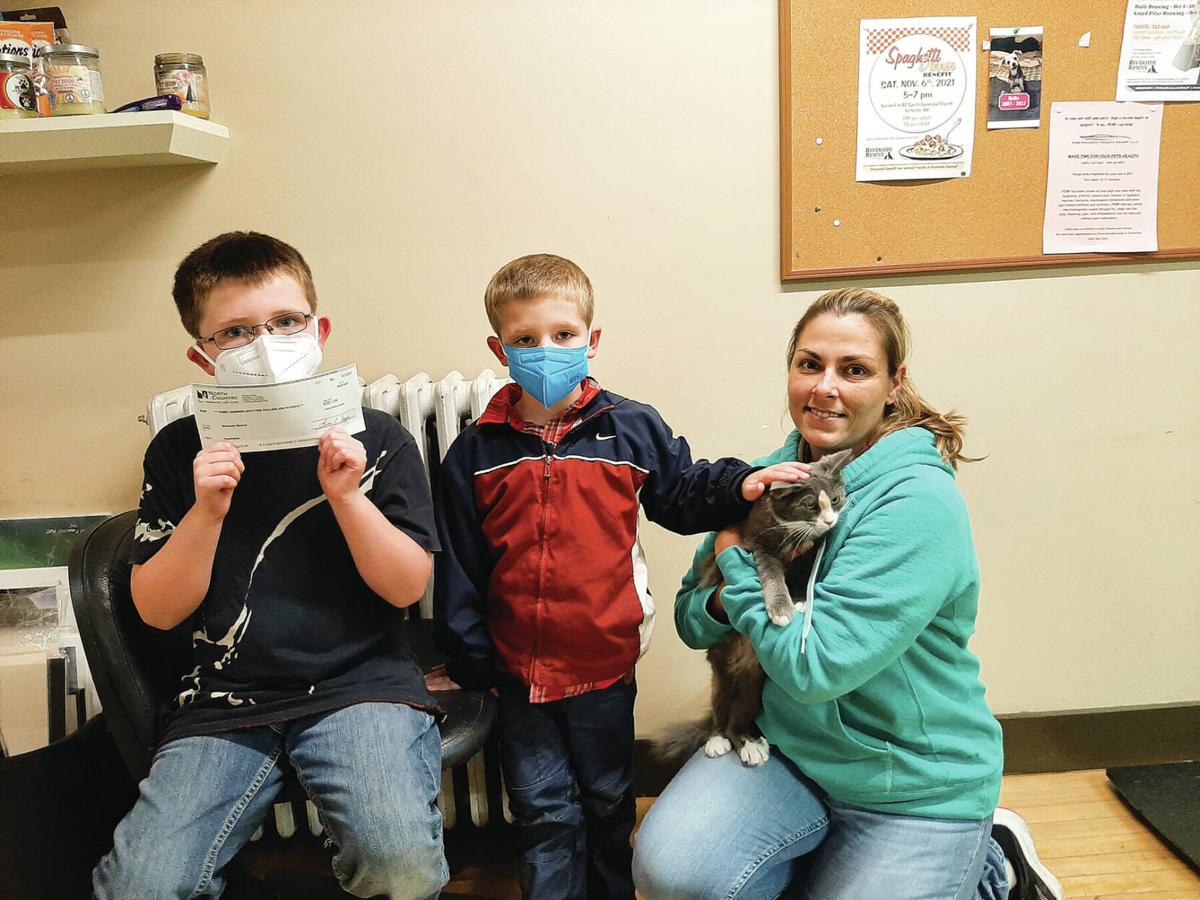 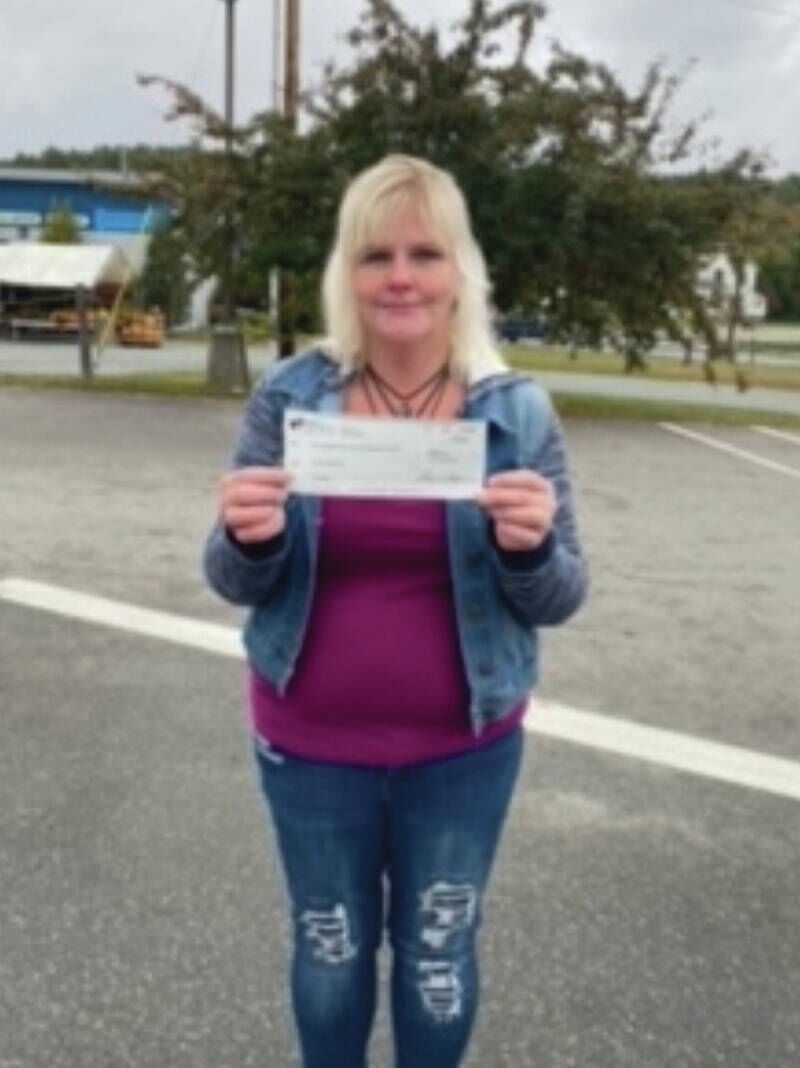 A local woman and her two young sons followed through with their family’s fund-raising efforts, directing donations to two worthy causes.

Mandy Young, of Lyndonville, and her sons Camden, 8, and Jayden, 6, recently presented checks to support suicide awareness and Riverside Rescue in Lunenburg.

A year ago, Young raised money to support SAD-SAC (Save-A-Dog-Save-A-Cat). It was in memory of a family dog that had received support through the program. This year she chose to seek donations to support suicide awareness efforts like the Out of the Darkness Walk in Newport. Young lost her only brother to suicide in 2007.

“I wanted to do this fundraiser not only in his memory, but to bring to light the fact that men suffer too and that mental health is a big thing that is often looked over or criticized,” she stated.

The American Foundation for Suicide Prevention encourages communities throughout the country to hold an Out of Darkness Walk each year to raise funds to further efforts to prevent suicide. In the Northeast Kingdom, Newport hosts one of the walks.

The event this year happened on Sept. 18, and Young had hoped to attend with fundraiser check in hand. A conflict with her schedule prevented her from going, but she sent the check made out for $564 to local organizer, Terry Lavely.

“The funds went to the Out of the Darkness Walk which supports suicide awareness and prevention activities,” she said in an email. “All funds raised in Vermont stay in Vermont to help support initiatives.”

The money was raised in multiple locations where Young got permission to place cash jars. She also was permitted by Nick’s Gas N Go in Lyndonville to sell her hand-crafted jewelry at the store to raise additional money. Young wire-wraps colorful stones, adding various figures, making necklaces and pendants.

She said she was glad to play a role in shedding more light on the issue of suicide.

“The more we talk about it, the easier it will be for people to understand the importance of mental health awareness and maybe just maybe save a life,” said Young.

When she settled on the plan earlier this year to support suicide awareness, she had no intention to simultaneously raise money for Riverside Rescue. It was her sons who moved her in that direction. They remembered how last year’s fundraiser supported a pet organization and they wanted to see similar support continue.

“When I told them I was going to start the Suicide Awareness fundraiser they both cried and said why aren’t we going to help animals this time,” she said. “I figured I would give 2 a go. There was no way I could say no.”

Money donated to Riverside from the Youngs and their fundraising efforts totaled $386.

“Camden and Jayden wanted to help Riverside Rescue because they have a love for animals and Riverside does a lot of good for animals in our community,” said Young.

Riverside Director Sharon Eaton was at the rescue last month when Young and the boys showed up to drop off the check. She said she is encouraged when she sees children concerned with the welfare of animals.

Young said the effort to seek funds to benefit worthwhile causes is outside her comfort zone. She said she suffers from anxiety and depression.

“My fundraisers actually put me in the places that spike my anxiety. I have a hard time around a lot of people. My main push to get through it is I wanna show my 2 kids that even though it can be excruciating for me and inside I’m so uncomfortable that I’m sometimes sick, it’s still possible,” she said. “I also remind myself that I’m helping teach my kids some valuable life lessons and I’m helping our community.”