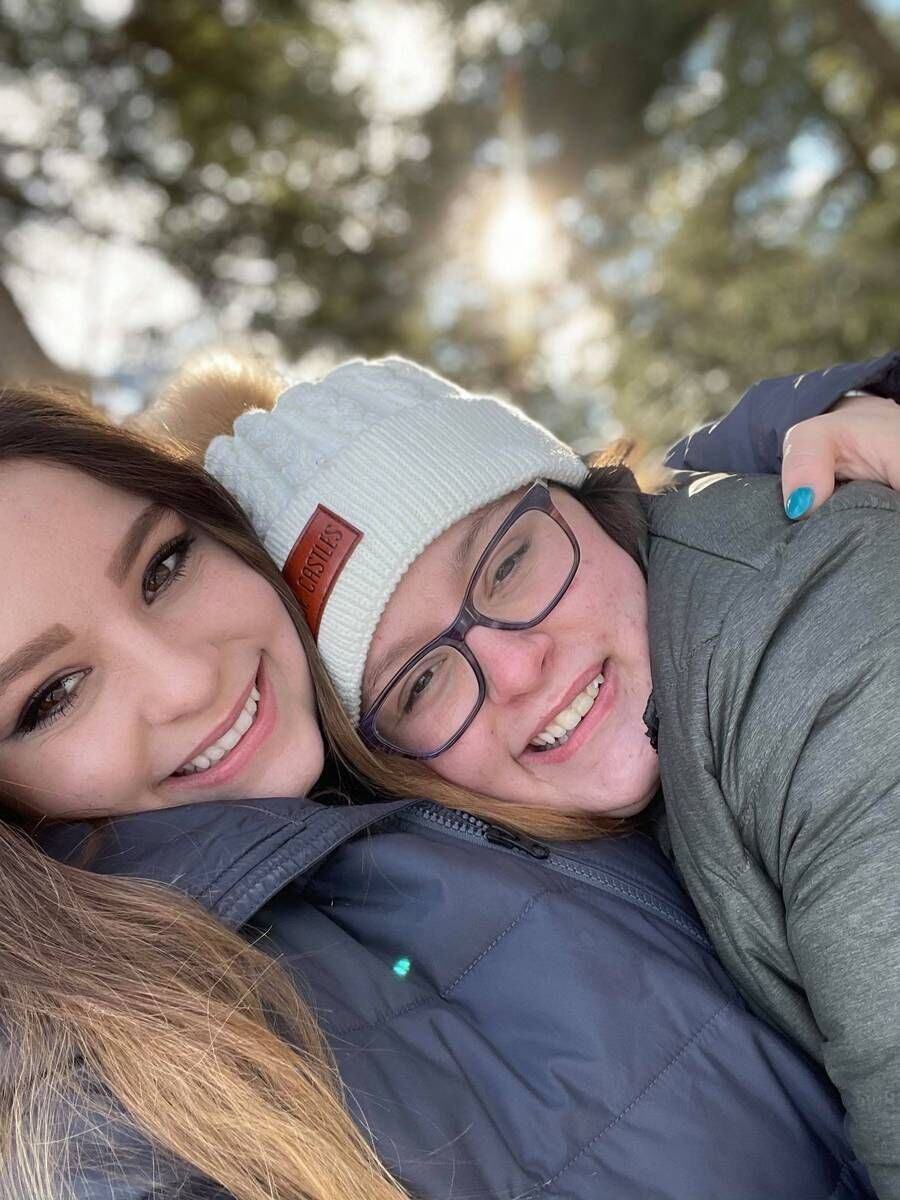 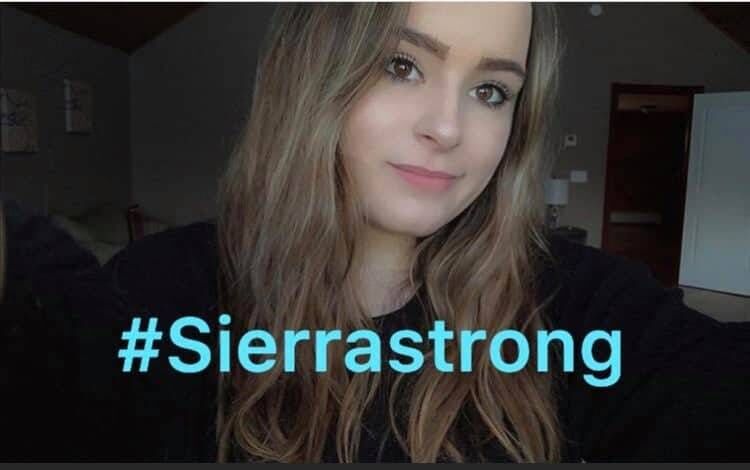 Sierra is getting stronger — thanks to a lot of help and love from a lot of people. (Courtesy Photo) 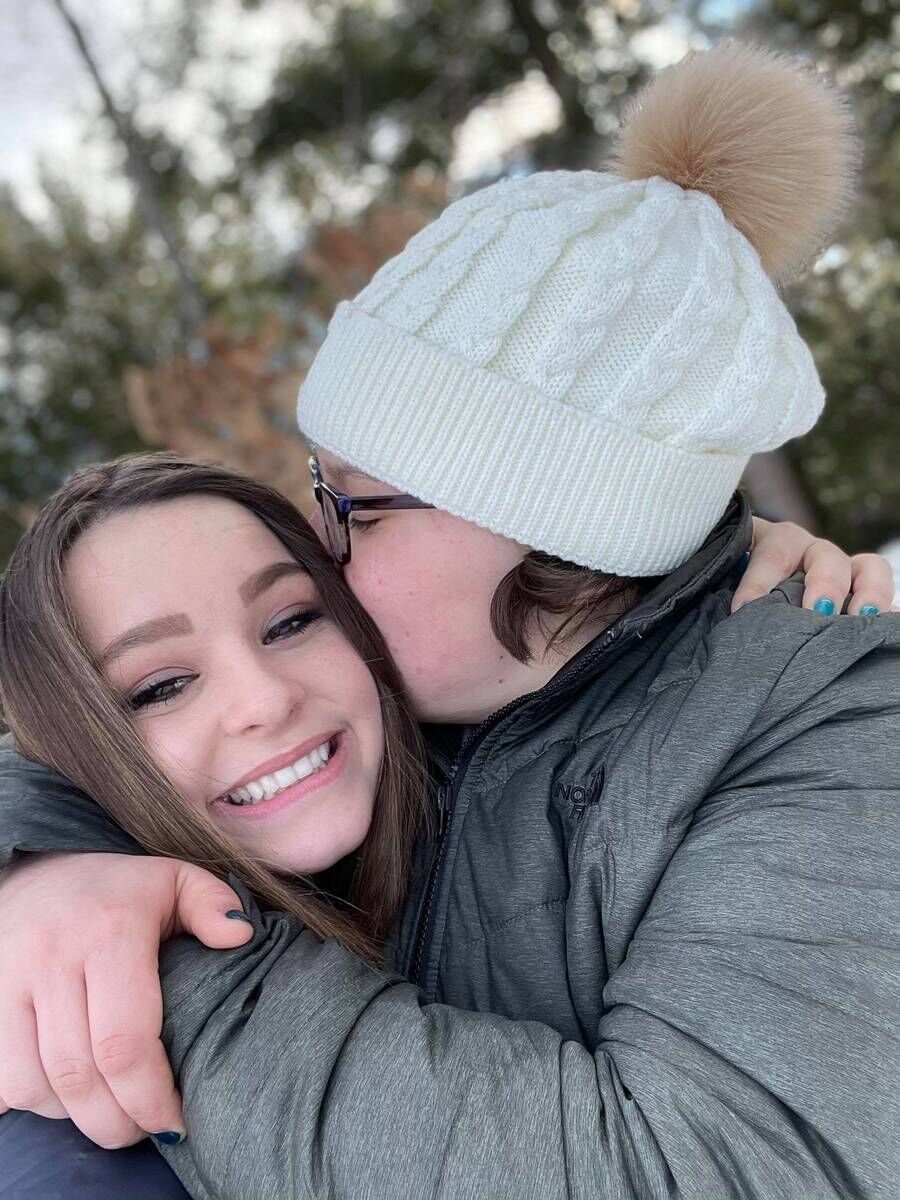 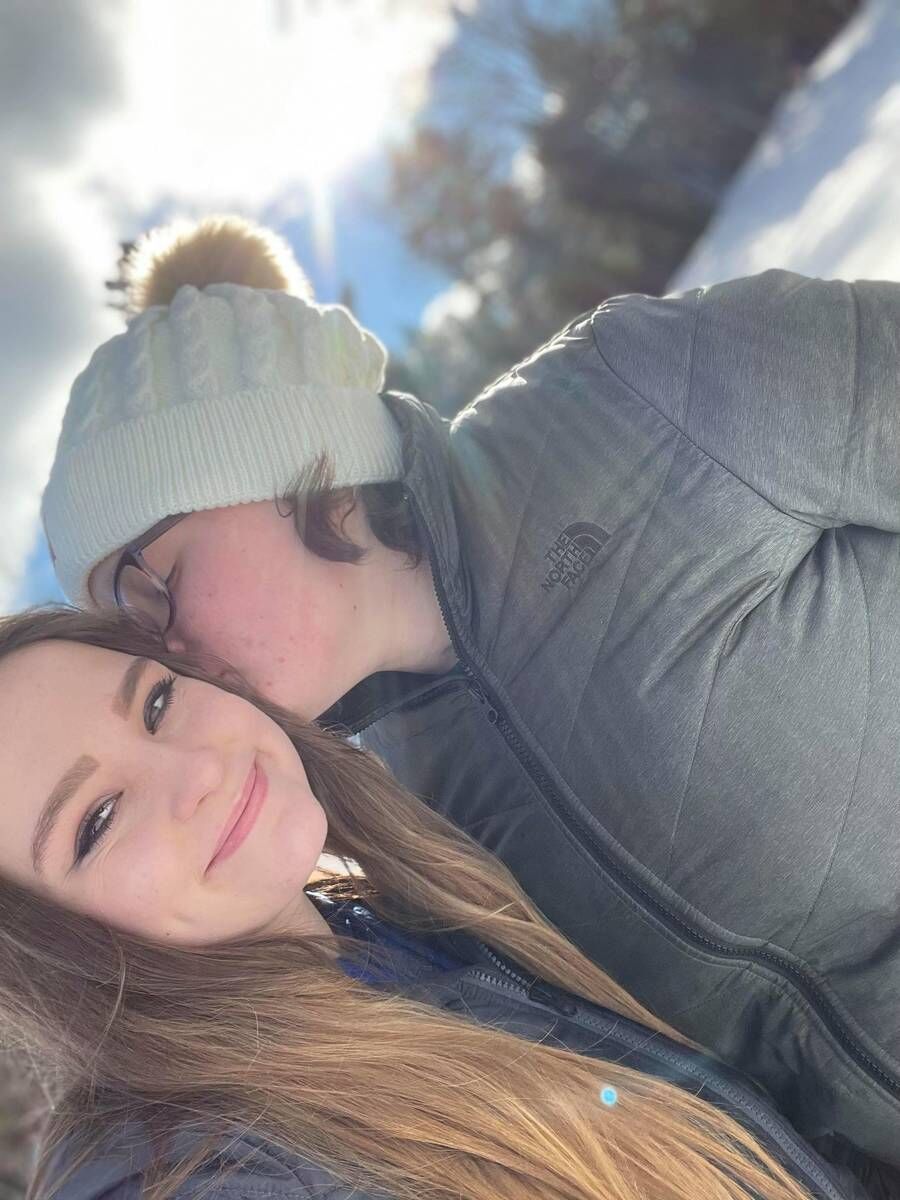 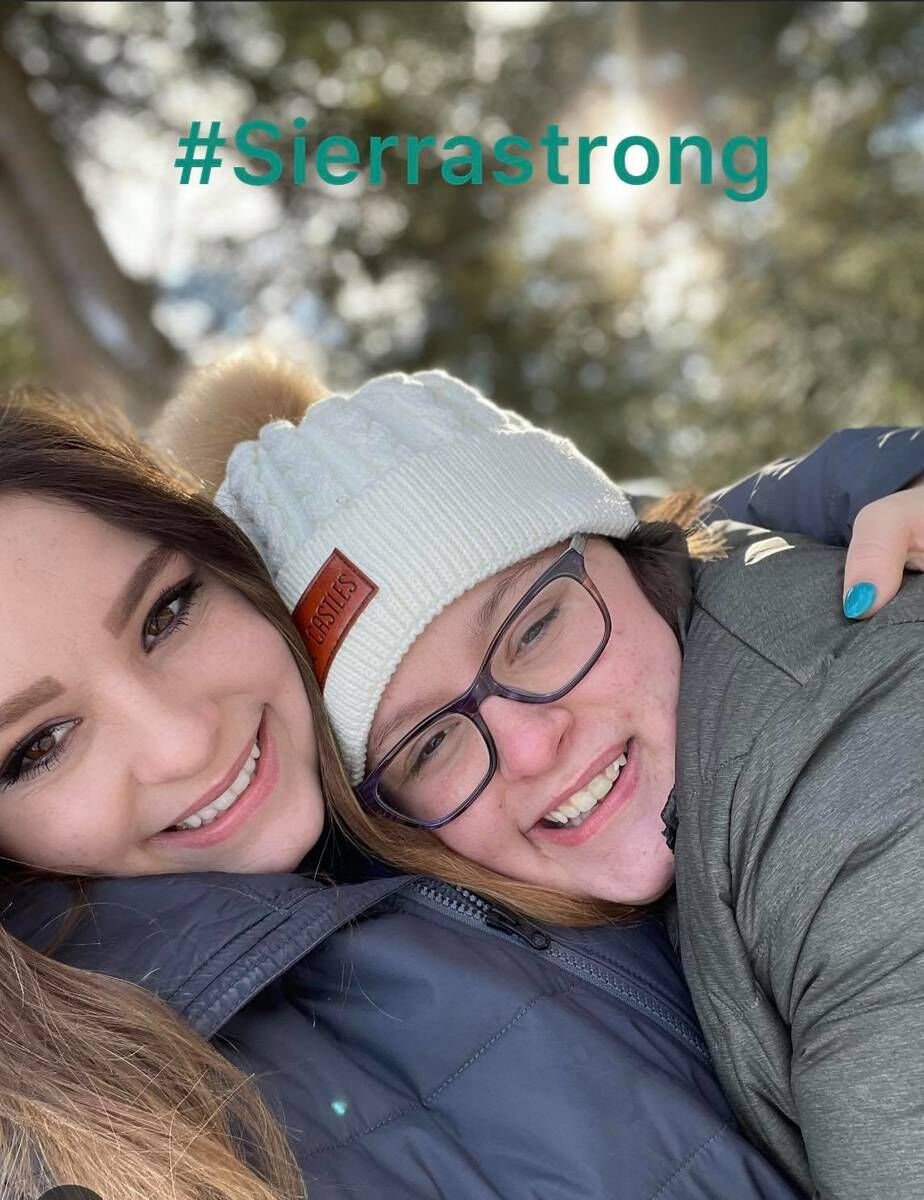 Sierra is getting stronger — thanks to a lot of help and love from a lot of people. (Courtesy Photo)

NEWBURY — Amy Longmoore prayed for — and received — a miracle.

Her daughter Sierra, continues to recover from a car crash in July which left her with a traumatic brain injury following a rollover crash not far from their home.

And while Amy and her family’s faith are the foundation of their daughter’s recovery, the love of family, friends, community and strangers have surrounded them.

That outpouring helped her put her life back together, the 18-year-old shared this week in an interview with her mom, and twin sister, Aspen, by her side.

The Oxbow student said she was shocked when she came out of her coma to learn about the far-reaching gestures of love and support.

Early in Sierra’s recovery, Amy said a doctor told her that “the ones that recover best are surrounded by love … the love of a family is what’s going to help her heal.”

Amy was confident, “With God and love … we’ve got it.”

Sierra said of the incredible circle of love, “I guess you could say I have a lot of fans!”

“I would say a major thank you to everyone for the support and the way everyone is just supporting me even if I don’t know them,” said Sierra.

Amy said sometimes she and Sierra will be out at the grocery store and people will “just stop and profess their love and say how much they love her. It’s definitely a support system, it’s just awesome.”

One day they were at the Wal Mart store in Woodsville and a woman in line behind them was in tears; they didn’t know who she was. She had heard the crash and was one of the first people on the scene and was speechless to see how Sierra was recovering, said Amy.

“We live in such a small town in the Upper Valley and as soon as the crash happened, we had people reaching out from everywhere,” explained Amy. She said Sierra’s high school guidance counselor was among the first, “and he wanted to pull something together for Sierra.”

Many businesses over the next few days joined efforts to hold fundraisers for the family, “It was about people just reaching out and showing their support and making dinners and dropping them off, all of the things people do in a time of crisis. I always say that people’s character shows through in the worst of times, and you really see people who relate from a parent’s perspective of ‘oh my God, I can’t imagine going through this,’ to people who don’t have kids but have suffered some other type of tragedy in their life … it really hit home for them.”

Aspen, Sierra’s twin sister, said, “When she was going through it, I just felt really lost and torn; she knows me like nobody else and vice versa. Nobody really understands the connection we have, unless there are other twins that can relate.”

“We just get each other,” said Aspen, smiling at Sierra.

Aspen said, “I think the support definitely helped her so much, even though it was for her, to help her, for us to know there were people out there praying for her and pulling for her, they also included us … I was touched by it and I was surprised at first, but then after it was going, it was just amazing.”

For her part, Aspen sold hundreds of Sierra Strong t-shirts to help her sister.

What her sister has gone through, and her entire family, Aspen said, “It made me really mature and focus on what really matters .. the people you’re with. Life can change at any instant, I learned that the hard way.”

Sierra said, “It’s been a process for me to recover, to learn to stand and walk again. She has always been by my side since day one,” she said of her twin. “It’s been quite the experience, but with her by my side, I can achieve anything, and I can conquer anything; she is my inspiration. She was always there and she was always by my side.

“It’s not only family and my town, but the whole world is praying for me,” said Sierra.

The family has given back to those who have reached out to them too.

One of Sierra’s champions is 84-year-old Walter Way, who lives in nearby Bradford. He was lonely and depressed after losing his wife three years ago. He learned last summer that a teenager from nearby was in a coma and battling for her life.

He said it was around his birthday when he learned about an online group, Miracle For Sierra - God’s Heroes Unite.

The page created by Amy Longmoore has more than 3,400 members the world over. It started with the following post:

On July 8, 2020, our world forever changed. Our beautiful daughter, Sierra Longmoore was in a horrific car accident. She was airlifted to a local hospital where she has suffered massive brain injuries. Upon arrival, she was unresponsive and in a coma. She was then placed in a medically induced coma for her healing. She is fighting for her life and we ask that you join us, lifting her up in prayer to God for a healing miracle. We will share her journey, prayers, and inspirations in this group. Miracles happen in moments, and you all are such an important part of her healing❤️

Way joined the group and said his frequent postings give him purpose and meaning. “I go there every day and it’s something for me to do and I feel like maybe I’m accomplishing something for somebody,” said Way. “I’ve got to thank Sierra … and I think there are an awful lot of people in that group that believed in God, but maybe weren’t really strong believers until they saw this thing … if you don’t believe this is a miracle then you are kind of brain dead.”

He credits the group for saving his life and hopes others are encouraged and inspired by his messages.

They delivered Way Thanksgiving and Christmas meals and planned this weekend to deliver him a Valentine’s Day meal.

“Sierra has made so many connections like that,” Longmoore said. “She has been reaching out to other kids her age who have been in accidents and following their stories. She made signs, ‘Prayers From Vermont’” for one of them, even though she’s not through her own recovery… Sierra has dreams of starting a nonprofit foundation one day to help others. She’s showing them it’s possible, there’s hope.”

With faith and family anything is possible, said Sierra, “and you just need to push through.”

This Valentine’s Day weekend, Amy said her family is so grateful for the love they’ve been blessed by.

“To me, love is actions,” she said. “I’ve seen people who I have never met before give such love and support to our family … we have found love in many hidden places and different people and different situations. I think it shows you what’s truly important.”

Amy said when Sierra was in a coma, she had an experience and she felt God touch her shoulder.

Sierra said it was a feeling of “overwhelming love … that there was no worry in the world, that you are 100 percent safe.”

She said she told her twin sister that “I went to heaven, and it was beautiful … and now that I get to be back on Earth with my family, I get to be with the people I love and I try to understand things.”

Sierra said she has no doubt that she was touched by God, and she is grateful that she was given more time to be alive.

“You talk about love … in my world, there is no greater love than the love of God,” said Amy.

To those who have rallied for her to recover, Sierra said, “Thank you for the support and for just being there, for keeping the signs on their lawns and just little things like that, they are so inspirational and memorable for me. When I feel low, I think back to the signs everywhere all around town and I just think, I am supported and I am loved and I am going to be okay.”