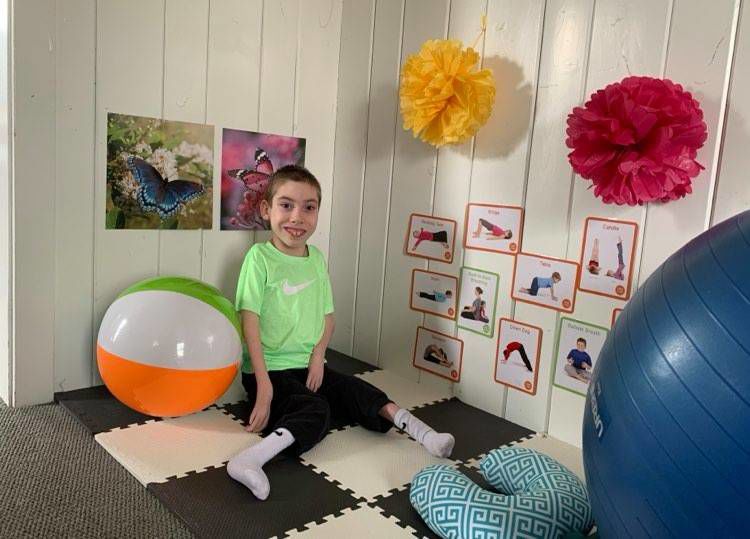 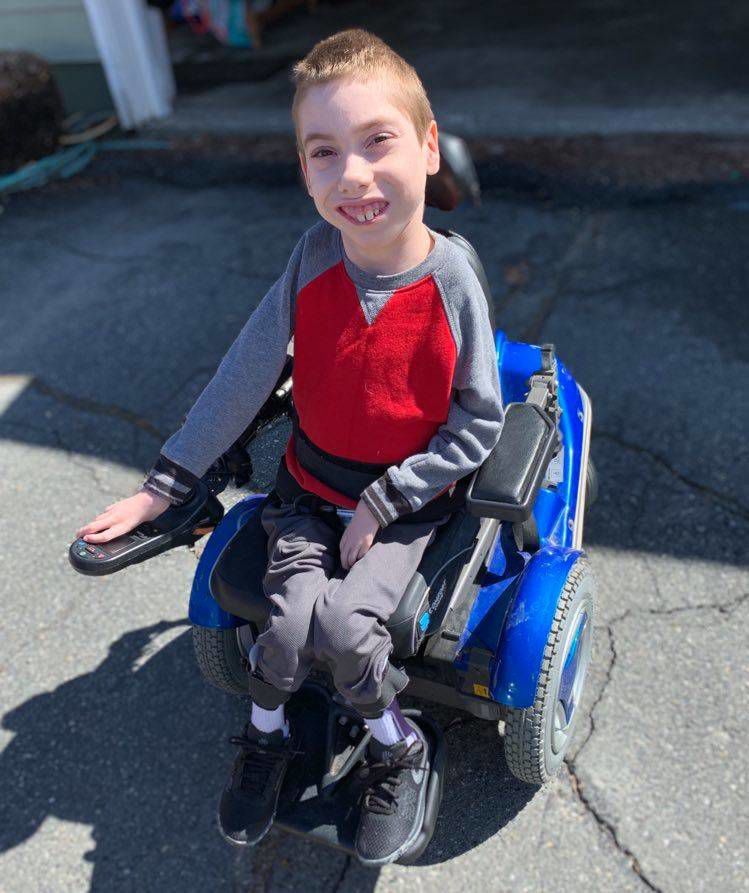 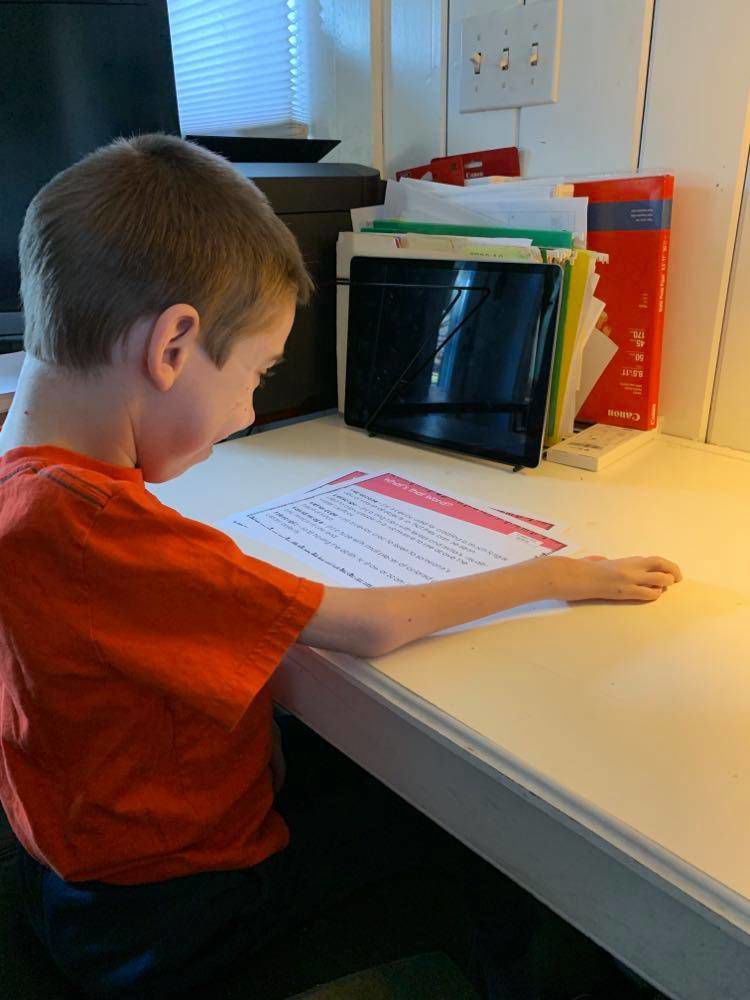 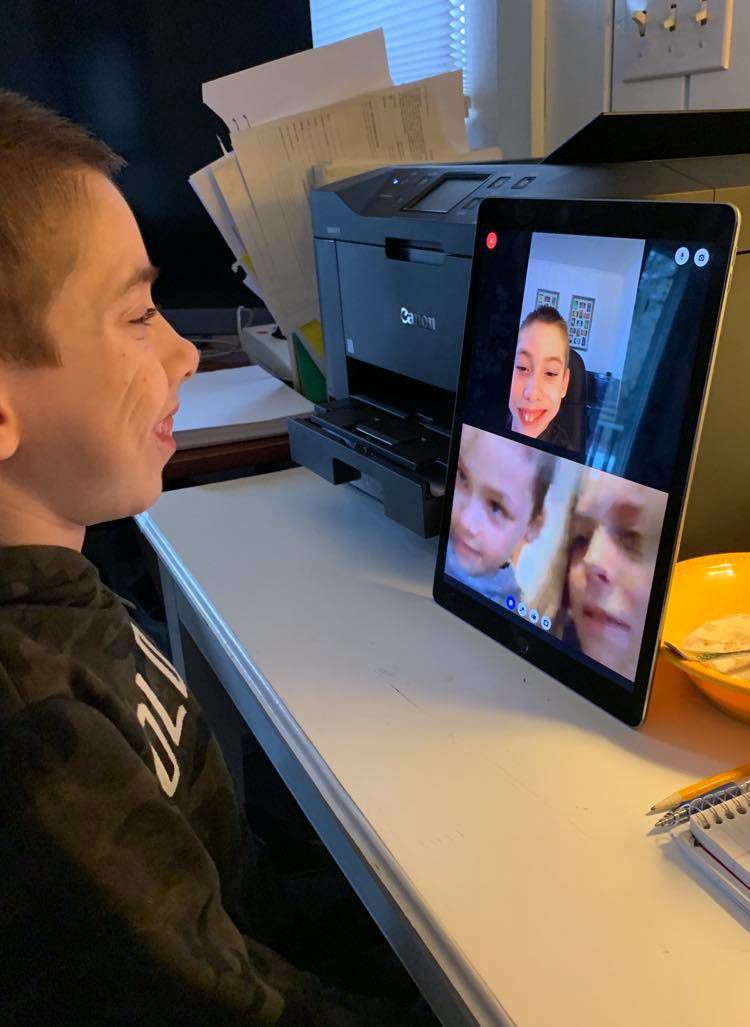 Alexander Donaghy enjoys some FaceTime with his cousins. (Courtesy Photo)

Alexander Donaghy enjoys some FaceTime with his cousins. (Courtesy Photo)

ST. JOHNSBURY — Alexander Donaghy has been through a lot, so a pandemic was unlikely to slow him down much.

He has powered through more surgeries than Kelly, his adoptive mom, can count.

Now Alexander is having to learn at home all the time since his condition and special needs place him in the group that would be extremely vulnerable to becoming ill.

Kelly and her husband, Ken Thissell, are working hard to help his education at home. Alexander usually has myriad specialists and therapies as part of his program at the nearby St. Johnsbury School, but everything has gone to distance learning and the family of three is adapting the best they can.

In an interview in recent days, Kelly said she, who works at Weidmann, and Ken, a retired Vermont Department of Corrections employee, share the responsibilities of Alexander’s school and care together, and it’s a second full time job — one they treasure.

“We are doing well, all things considered,” reported Kelly in recent days. “Alexander has many limitations due to his disabilities and needs full-time care. He has a 1.1 paraeducator at school and many services through his IEP (Individualized Education Program) including PT (physical therapy) and OT (occupational therapy).”

Alexander was adopted in November 2017. Over the years the family learned a consistent schedule is imperative for his emotional and physical well being.

“If he can not predict his days he has a lot of anxiety and can not focus,” Kelly said. “Since being home we have developed a schedule each day that both Ken and I have split up, with Ken taking on most of the learning and I taking on the physical care… If both of us needed to work, I am not sure how we would manage without having to take family leave.”

“The teachers are very responsive to questions and send emails on a daily basis, so we are now up to speed and making progress,” Kelly reports. “His teachers have offered one-on-one if he requests; they have actually been very responsive now that we are in a routine.”

For Alexander’s part, he shared his concerns:

1. He fears life will not go back to normal;

3. He misses his friends;

4. Being home is better than having surgery;

5. He is worried if physical therapy will still be on Thursdays when he goes back to school;

6. Watching the news is scary;

7. It gives him more bad dreams;

“He meets with his class twice a week to check in and they post videos for each other,” Kelly said. “He really loves seeing his classmates and it has been sad for him as this is where he has the majority of his interactions with this peers. We signed him up for after-school programs like swimming and cooking classes, etc., and he really misses these activities as well. He also misses his 1.1, Carol.”

That’s been a bonus for mom and dad, too.

“For us it has been fun to see his classmates and get to know them as we wouldn’t normally hear about their pets and siblings, etc.,” shared Kelly. “We are also working with his PT through Zoom and have set up a weekly appointment. Alexander loves this time and adores his PT so he really looks forward to this. He has equipment at home that we use on a daily basis, such as a stander and because he needs daily stretching. We are setting up a yoga space for him (his idea) and he and I are doing this together.”

The transition wasn’t always perfect but Alexander was game.

“Really, he probably is adjusting easier than some kids, he has experienced a lot in his short life and building a safe environment and knowing what to expect keeps him well,” said Kelly, who has three adult children as well. “He is also used to interacting more with adults and he has a great sense of humor, so we laugh a lot.”

Kelly said in a phone interview that Alexander “is so used to adjusting or adapting … he’s had so many surgeries and so many obstacles that a lot of the time he just has a go-with-the-flow attitude,” which is helpful with the major changes the family and he have had to quickly get used to, with the virus and the governor’s stay home, stay safe order which shuttered schools and all but essential businesses and workers.

Kelly said she and Ken are learning right along with Alexander and have been surprised at the level of some of the work he’s involved in as a fourth grader, such as the French and Indian War study and the Green Mountain Boys.

Ken is from California, and never knew much about the Green Mountain Boys, so he’s learning, too, laughed Kelly.

Asked how they are communicating with Alexander about the seriousness of what’s happening in the world with the pandemic, Kelly said, “We’ve always been really honest with him. If he asks a question, we just tell it like it is.”

“He’s pretty aware of what’s going on,” said Kelly, adding, “He’s certainly a high risk. He has asthma. It would be very scary if he caught it.”

The family stocked up early and is being incredibly cautious to protect Alexander, said Kelly.

Everyone is unsettled, including Alexander, but they’re doing their best, said Kelly, adding, “You don’t know what’s coming next.”

Here you'll find our latest collection of Caledonian-Record reports on the coronavirus outbreak and local response, from the beginning of Apri…