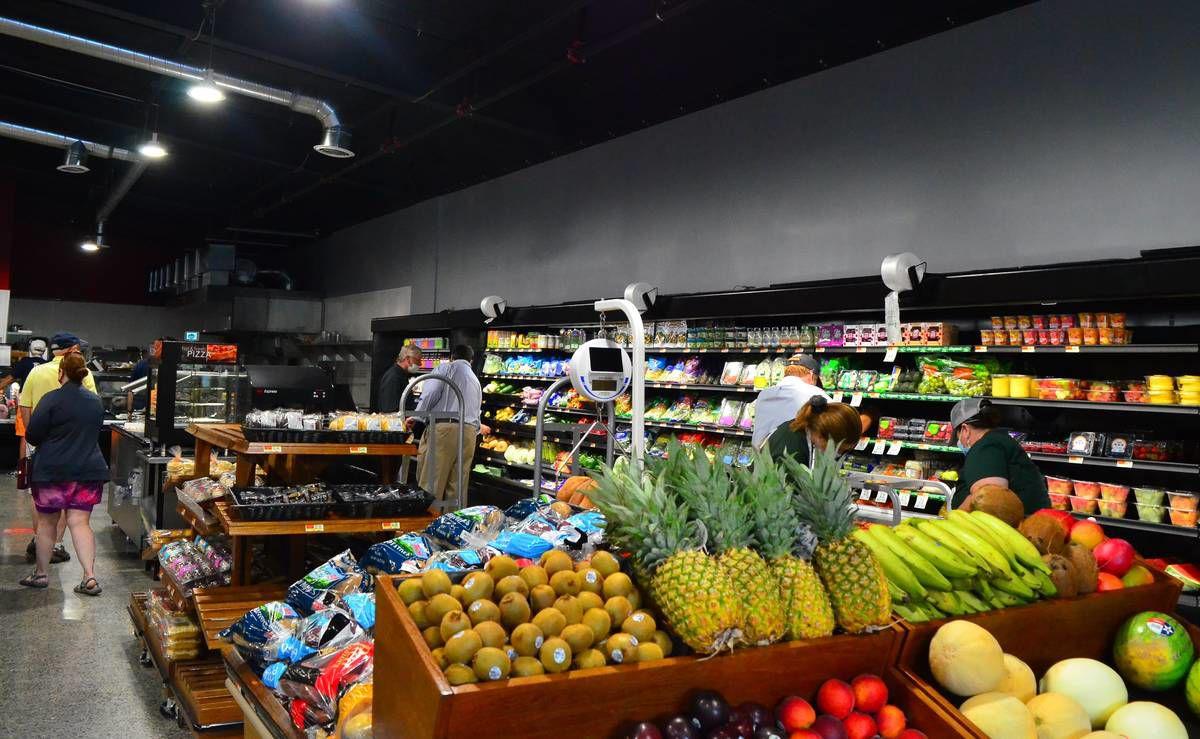 The new Franconia Market and Deli opened its doors to a flock of customers on Tuesday. (Photo by Robert Blechl) 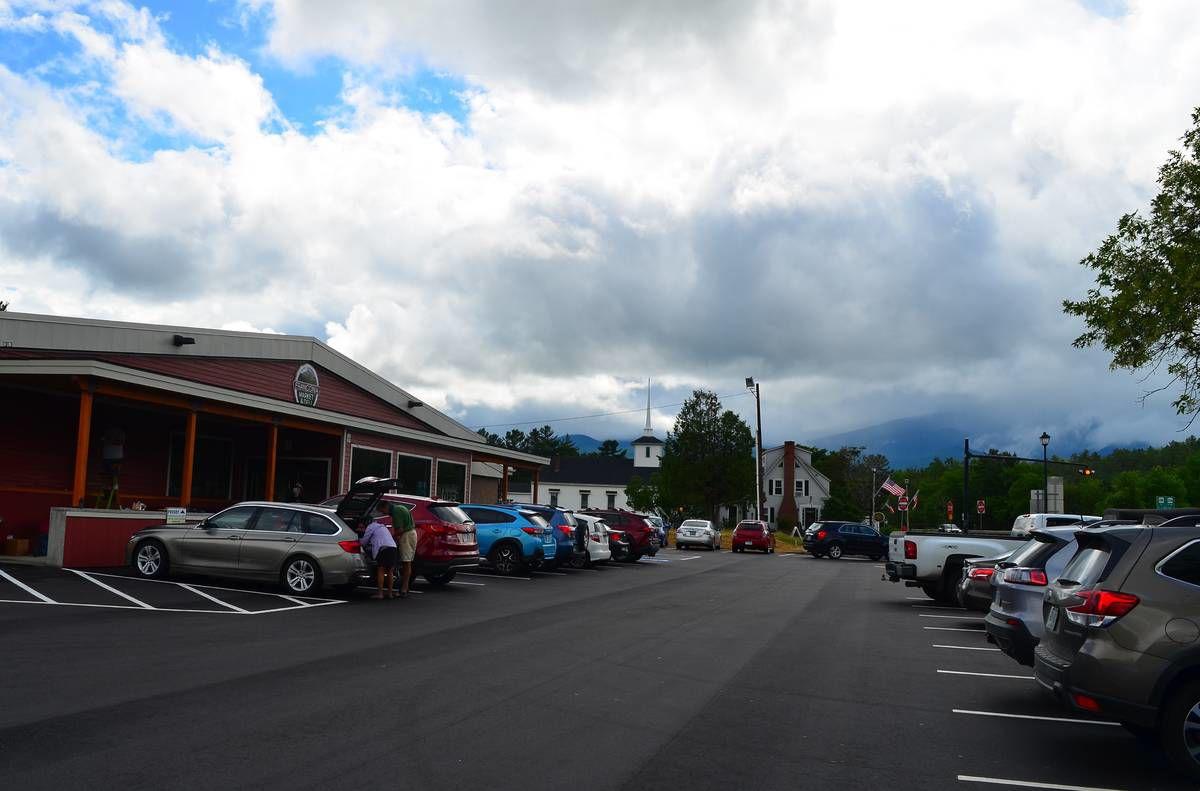 The new Franconia Market and Deli had a strong turnout on Tuesday, its first day in operation. (Photo by Robert Blechl) 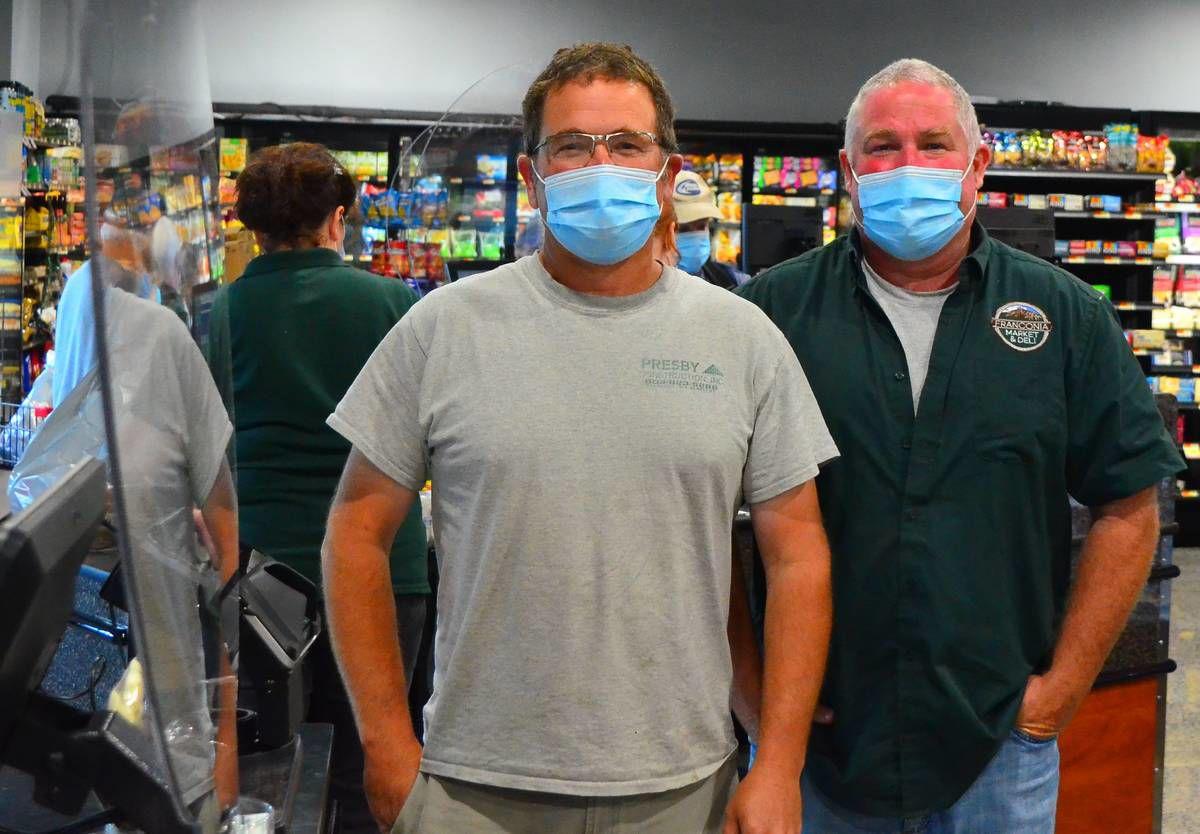 The new Franconia Market and Deli is owned by Thad Presby, left, and Trevor Presby. (Photo by Robert Blechl)

The new Franconia Market and Deli opened its doors to a flock of customers on Tuesday. (Photo by Robert Blechl)

The new Franconia Market and Deli had a strong turnout on Tuesday, its first day in operation. (Photo by Robert Blechl)

The new Franconia Market and Deli is owned by Thad Presby, left, and Trevor Presby. (Photo by Robert Blechl)

FRANCONIA - What a difference a few short months can make.

After buying the former Mac’s Market building in December, completely remaking the inside, and creating a new centerpiece in the heart of the village, owners and brothers Trevor and Thad Presby opened the doors to Franconia Market and Deli, a full-service grocery store, on Tuesday morning.

Outside, the parking lot was full, and inside, the aisles were buzzing with customers.

“When we started in December, we didn’t know our path and thought of a partial remodel,” said Trevor Presby. “This is a complete remodel. As Thad said, we kept three walls and a roof. We’re proud of what we been able to put out for a product for Franconia and we hope they’re proud of it, too.”

The store employs a current total of 25 area residents in full-time and part-time capacities, is looking to hire at least five more, and has a big focus on working with local suppliers and growing the number of them to stock fresh produce, organic produce, dairy, craft beer, specialty items like honey, and more.

The Presbys, who also run local businesses that include Presby Construction and Franconia Realty, tapped Guy Kerstetter, of Bethlehem, as the market’s general manager, and Joanie Kelly, second-in-charge as the front-end manager.

“Guy has been in the business of food for the last 30 years and was in the Navy, where he started his career,” said Trevor Presby. “Joanie has 26 years of working in supermarkets.”

To put some talent together, they also brought back some people who had been working in the building when it was Mac’s Market as well as others interested in joining the team, he said.

Hours now are 6 a.m. to 8 p.m. seven days a week, though adjustments could be made.

“We have a coffee bar and we have some breakfast sandwiches and will try to get a breakfast crowd,” said Trevor Presby. “Then, at 8 o’clock at night, we can serve those last stragglers in town.”

Including the second floor, the total building offers roughly 10,000 square feet, with about 7,000 square feet on the first level dedicated to the sales floor.

“Our big emphasis is on the deli and the produce,” he said.

Another emphasis is on beer and wine, and craft brews from local crafters that include Schilling Beer Co. in Littleton and Rek-Lis Brewery in Bethlehem, with the goal to find more.

“I’ve never seen so many craft beers in my life,” said Trevor Presby.

Also supplied locally is ice cream from Bishop’s Ice Cream in Littleton, products from Meadowstone Farm in Bethlehem, maple syrup from suppliers that include their uncle, Brad Presby, and flowers from the nearby Tarrnation Farm.

A local pastry chef might also be put in the supply mix.

“We’re trying to get everything we can locally” said Trevor Presby.

They have gone into business with Associated Grocers of New England, Inc., headquartered in Pembroke, N.H., and the largest retailer-owned, wholesale grocery distribution center in New England that serves about 600 stores and the needs of independent retail grocers of every size and kind.

Attending Tuesday’s opening, was Nathan Beit, director of business development for AGNE, whom Trevor Presby said was also there through all of Franconia Market and Deli’s development.

“We bought shares into [AGNE] and are part owners,” he said. “It’s been a good union between the two of us.”

Beit said, “As a cooperative, we’re very proud to have the Presbys as two members and owners of AG and their commitment that they made to the community to do this has just been awesome. They’ve been great guys to work with and we wish them nothing but success and we want to help them serve the communities.”

The property has other space for potential, including a smaller building, currently unoccupied.

What will become of the building is currently undetermined, but ideas are being accepted.

“We have some thoughts, but have not put anything forward yet,” said Trevor Presby. “We’ll know soon.”

Possibilities include a gift shop or mountain bike sales shop.

“Something to go with the vibe of the town,” said Trevor Presby. ” The vibe has changed, with Iron Furnace [Brewing] opening and All Ways [Inn Motel] being brand new. I think the town has changed a little bit in the last five years. We hope that as more people come to town, more businesses see the potential of Franconia.”

Thad Presby said the former bank space inside the building could again house a bank or be put to a new use.

As for their new market and deli, they can rest for a spell after the heavy lifting to get it where it is today.

“I think we’re on Month 7 and Plan Z,” he said. “We never started really working in her until about 3 1/2 months ago. To pull this off, I give a ton of credit to Thad.”

Thad Presby was with three electricians in the store until 1 a.m. Tuesday, just eight hours before opening.

Trevor Presby thanked the employees and everyone else involved in the process to open Franconia Market and Deli.

“We’re definitely proud of everything that’s happened,” he said.