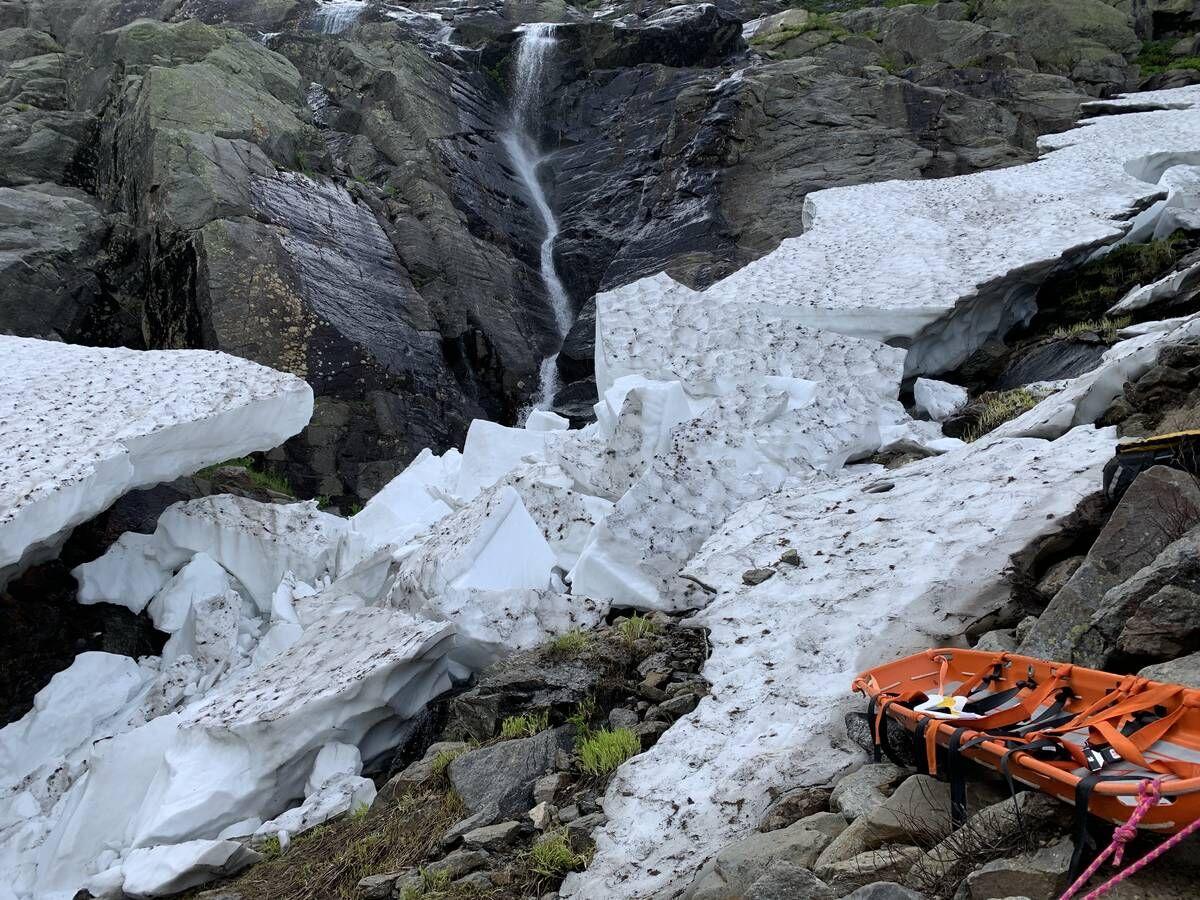 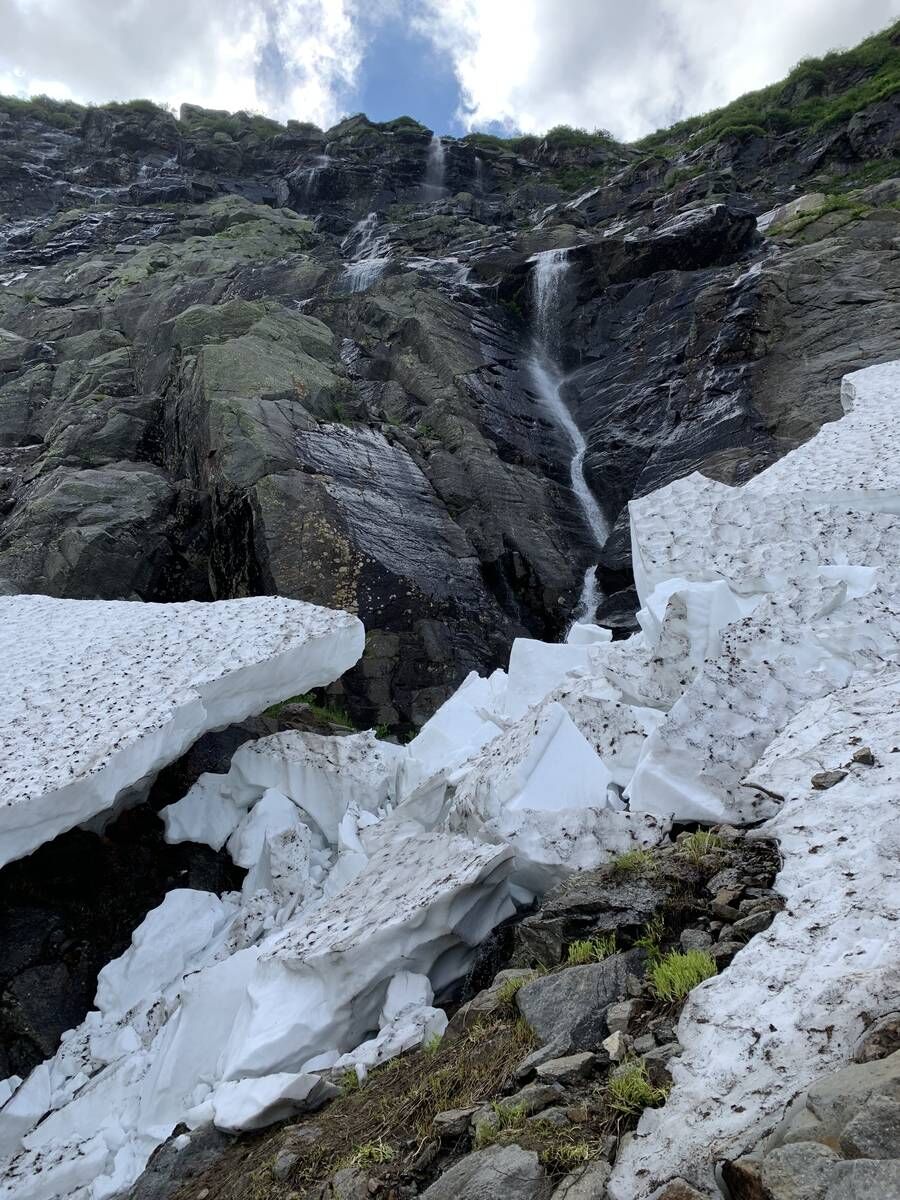 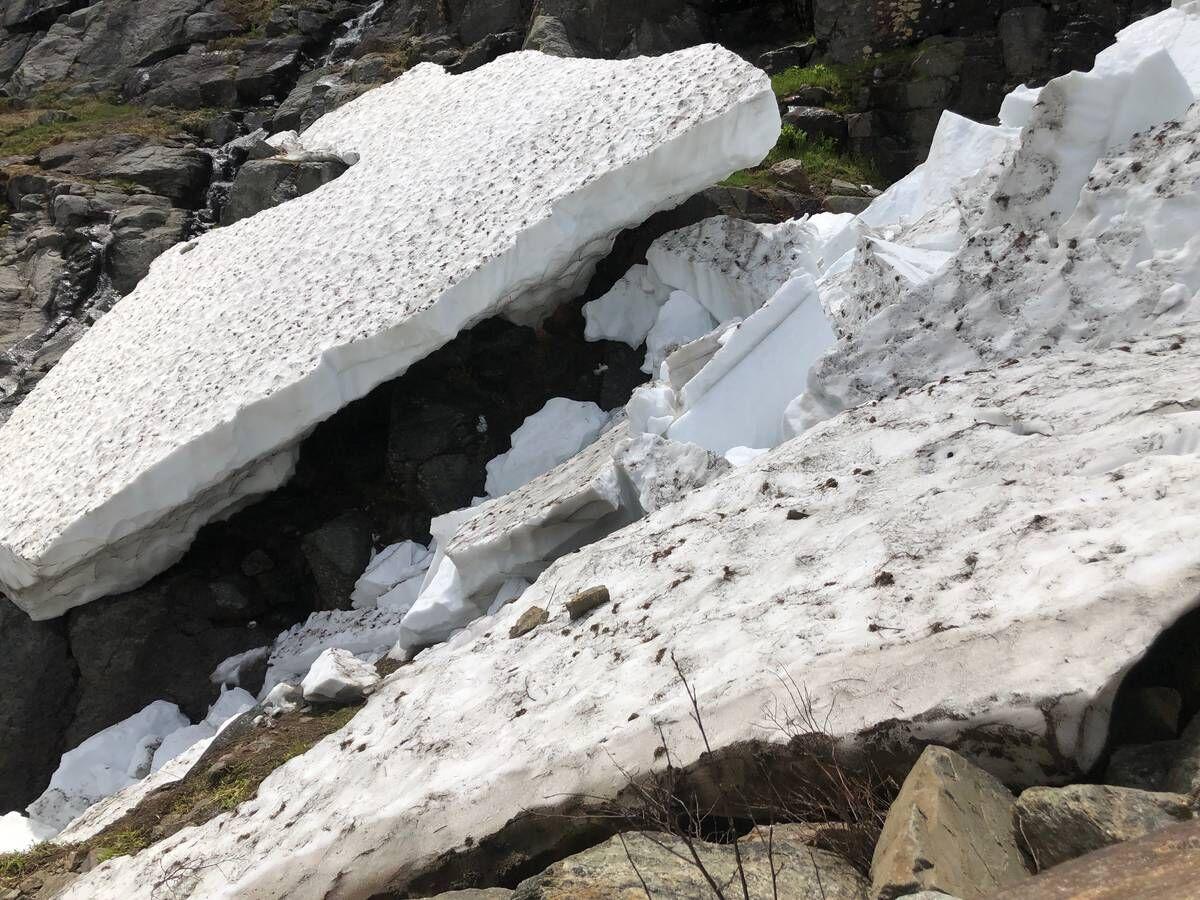 SARGENT’S PURCHASE — At about 1:30 p.m. Saturday a 911 call was received for a hiker that was caught in an avalanche in Tuckerman’s Ravine Trail. The call was transferred to a Conservation Officer. When the CO spoke to the caller, it was relayed that he watched one person get caught in an avalanche. While obtaining more information, the caller stated that other hikers, near him, were saying that there was potentially two people caught.

When the situation was described further, it was understood that there was not an avalanche but a collapse of a snow formation known as “The Tuckerman Snow Arch.”

The CO asked if anyone could safely make their way over to the snow pile and assess the situation for safety of responders and potential lifesaving of the victims. The caller said that he did not think it was safe for anyone at that time.

Calls were made to Appalachian Mountain Club, Androscoggin Valley Search and Rescue Team, and other Conservation Officers in order to respond to the area for the emergency. While responding to the area, further information was received that there was only one person under the snow.

A coordinated response was organized and hikers were relayed up the Sherburne Ski Trail to Hermit Lake Shelter where they hiked up to the victim’s location. Due to the rescue being in the White Mountain National Forest, US Forest Service contributed resources to include ATVs and hikers in order to assist with the rescue.

The victim was identified as 28-year-old Alphonse Riang of Quincy, Massachusetts. It was stated that Riang went off the trail and under the snow arch to take a video of the area. The snow arch collapsed while Riang was underneath it, crushing him with what was described as, “a basketball court size amount of snow.” Another witness said that, “it sounded like a sonic boom [when the snow arch collapsed and landed].”

It is unknown how long Riang was under the snow and ice, however passing by hikers, that saw and heard the event, helped pick up and move the large ice/snow blocks that fell on him and moved him to safety. AMC personnel from Hermit Lake were the first to arrive at Riang, after he was moved from the snow collapse. As more rescue personnel arrived it was determined that Riang had received serious but non-life threatening injuries. Due to his injuries, and location on the Tuckerman Ravine Trail, it was determined that a slow, assisted walk down the trail would be just as safe as a carryout. Riang was assisted down to Hermit Lake shelter where he was then loaded onto an ATV.

Riang was brought down the Sherburne Ski Trail and arrived at Pinkham Notch Visitor’s Center parking lot at approximately 6:45 p.m. Riang was then loaded into a Gorham Ambulance and transported to Androscoggin Valley Hospital for treatments of his injuries.

Authorities said that Riang is very lucky to be alive and this incident should act as a reminder to stay on the trail and not go on, or under any suspended snow bridges or arches of any kind, especially in the summer months when all snowpack is losing its structural integrity due to the sun and temperature.