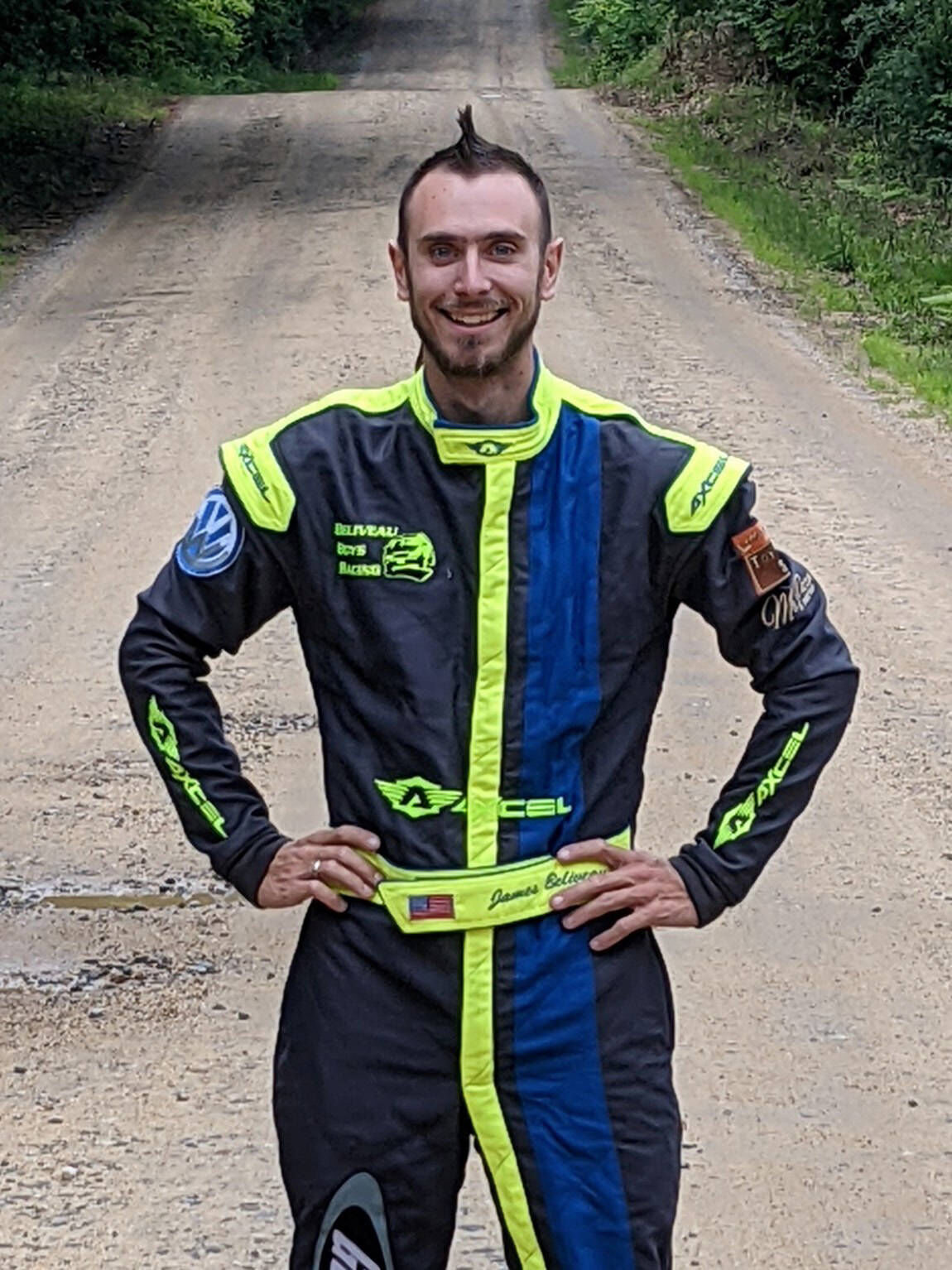 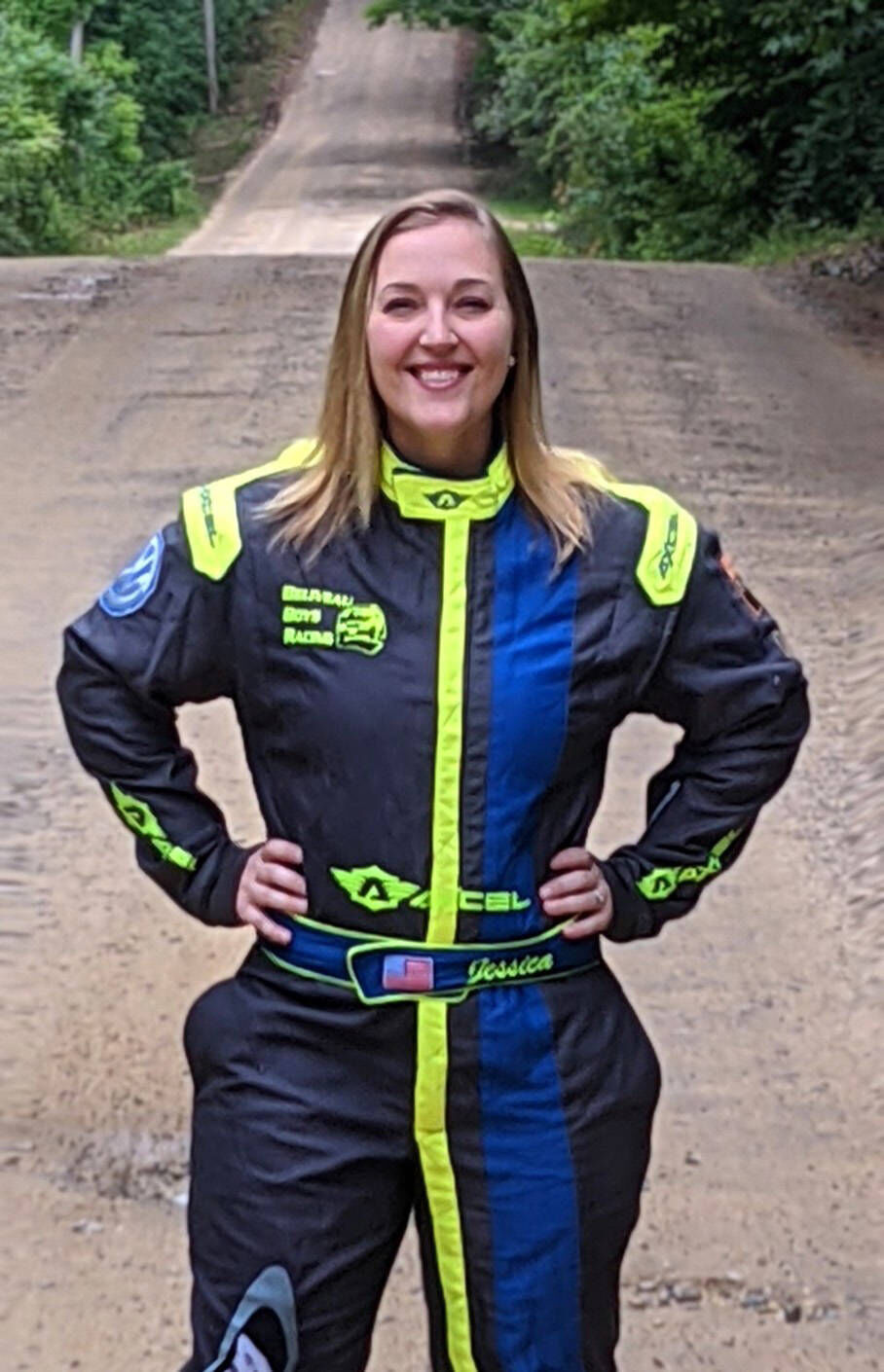 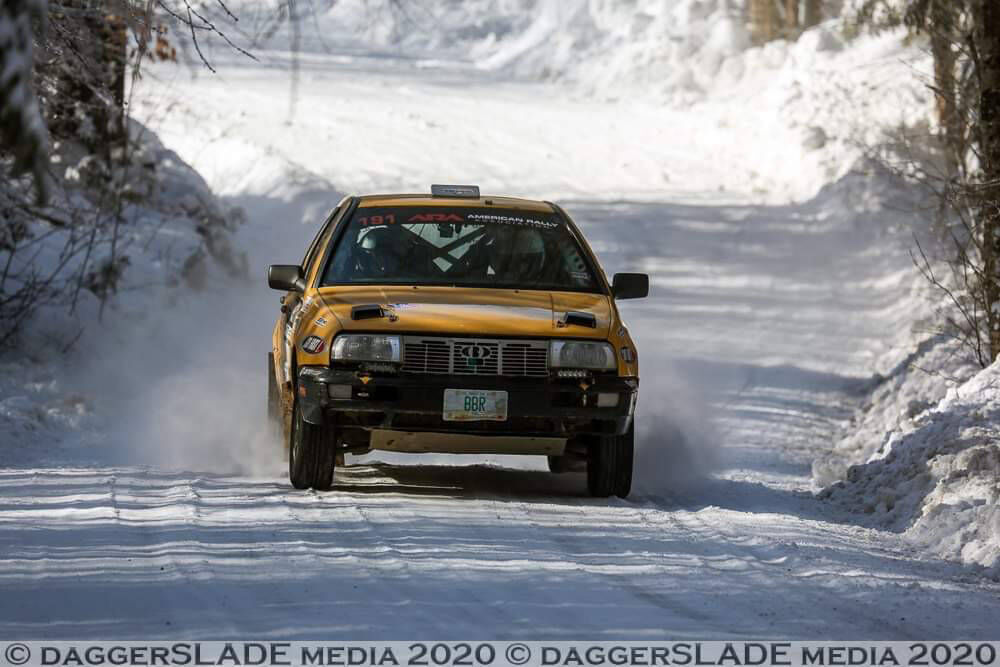 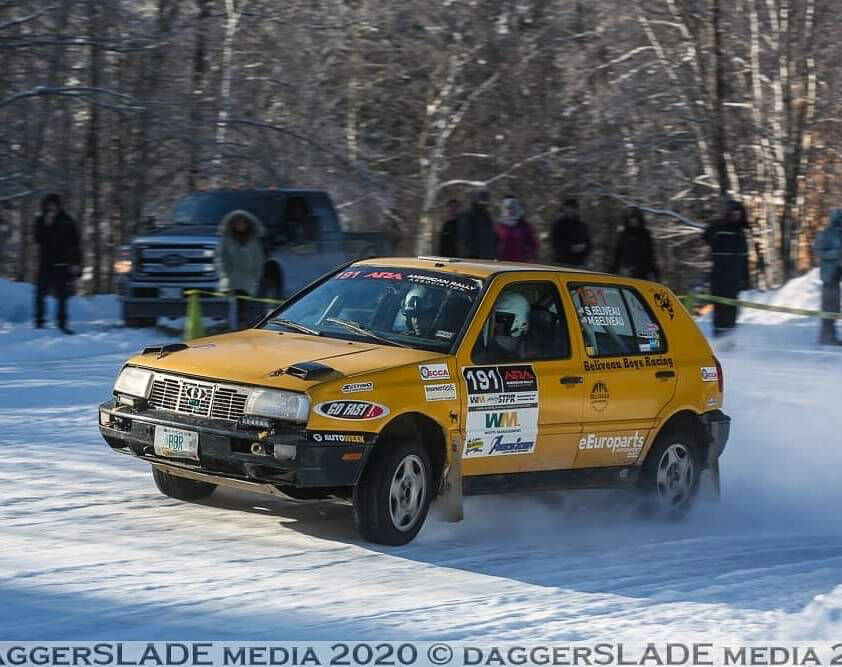 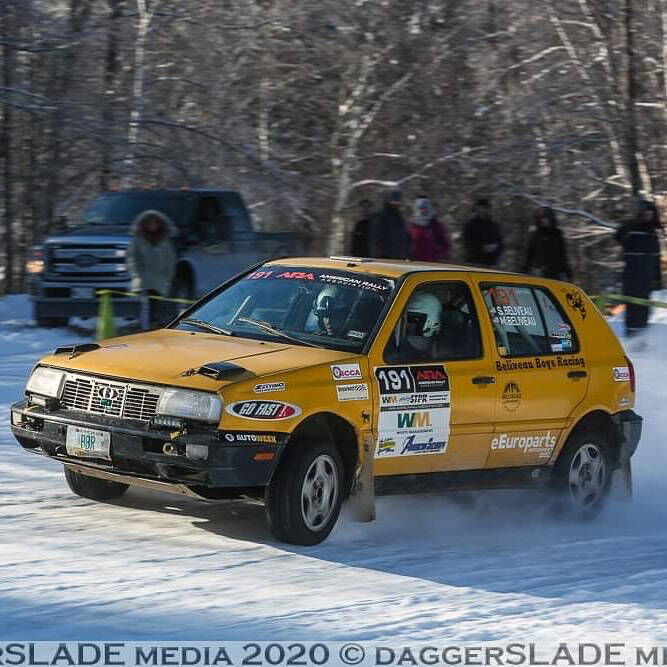 Jamie and Jessica Beliveau are shifting their relationship into high gear.

They will compete side-by-side — Jamie as the driver, Jessica as the co-driver (navigator) — in a souped-up 1996 Volkswagen Golf nicknamed “The Angry Hornet.”

The husband-and-wife team will travel up to 100 m.p.h. on the twisting, turning 7.6-mile road to the highest summit in the Northeast. They will climb 4,700 feet and skirt sheer cliff drop-offs. In the process, they will demonstrate their skill, their nerve, and — perhaps most important — the strength of their relationship.

“It’s definitely a test of a marriage if you can drive together,” said Jessica with a laugh.

Jamie described it as an extreme form of couples therapy, “It’s problem-solving. If it gets tense, we have to find a way to move forward and continue racing.”

Following in the footsteps of his father Scott, a longtime rally competitor and organizer, Jamie learned to drive at age 10 and began competing as a co-driver (for his dad) at around age 12. He transitioned to the driver’s seat after getting his license at age 16.

Meanwhile, Jessica was raised in an automotive family.

Her father owned a body shop and her two older brothers were both into cars. So she grew up with a love of motorsports.

So when Jamie and Jessica met, they clicked.

In June 2015, months after they began dating, they took their first ride together in a rally car at the Team O’Neil Rally School in Dalton. It offered a glimpse into their chemistry.

“I remember it plain as day. [Jamie] was supposed to be going slow to [check the course] and instead of going slow he decided to go pretty fast,” Jessica said, adding that at one point they took a jump. “All I remember is seeing a tree branch going under the car, where I was sitting.”

After that, she said, “It kind of escalated from there.”

Three months ago his life became rally racing 24/7 when he took a job as an instructor at the Team O’Neil Rally School in Dalton.

“It’s always been my dream job,” said the Laconia native. “It’s where I like to be in the North Country, doing the thing I’m most passionate about.”

Meanwhile, Jessica has acquired a taste for the sport. After co-driving for her husband in shorter sprint events, she teamed with rallycross professional Amanda Skelly in 2018, serving as her navigator in a couple of major multi-stage rallies: The Susquehannock Trail Performance Rally and New England Forest Rally.

“I definitely love the adrenaline rush,” she said.

At the same time, the next generation is already taking shape. Their son Zander has already taken an interest in cars.

“I swear, ever since he saw a car he was interested in it,” Jessica said about her son. “We got him a Power Wheels Maserati that we’re in the process of souping up for him, that he can take to events.”

It should come as no surprise that Zander’s gender reveal involved balloons and a race car with tacks affixed to the front bumper.

“[Zander is] 20 months old and we’ll be on our way to daycare or something, and he’ll have Hot Wheels cars in the backseat making ‘vroom vroom’ noises,” Jessica said. “I think it’s safe to say he’ll follow in our racing footsteps for sure.”

For Jamie, the Subaru Mt. Washington Hillclimb (also called the Climb To The Clouds) is a chance to court sponsors, promote his team, and jump-start his rally racing career. If all goes well, it will lead to more events for Beliveau Boys Racing which consists of himself, his wife, his father and his brother, Mike.

It will be Jamie’s first Mt. Washington Hillclimb since 2014. There will be practice runs on Friday, Aug. 13, and Saturday, Aug. 14, and two championship runs (one morning, one afternoon) on Sunday, Aug. 15. He called the decision to enter a no-brainer.

“This event is the biggest hillclimb in the northeast and it’s also the [oldest hillclimb] in North America [first run in 1904],” Jamie said. “It’s iconic and it’s right in our backyard.”

Jessica was hesitant to join him at first. Although she has ample rally experience, she was wary of the notorious Mt. Washington Auto Road. Then the need for speed kicked in.

“I’ll be honest, I told Jamie no the first time he mentioned it. I’ve been up that road and there is not much room for error,” she said. “But he convinced me it’s a once-in-a-lifetime opportunity. That’s something I couldn’t say no to.”