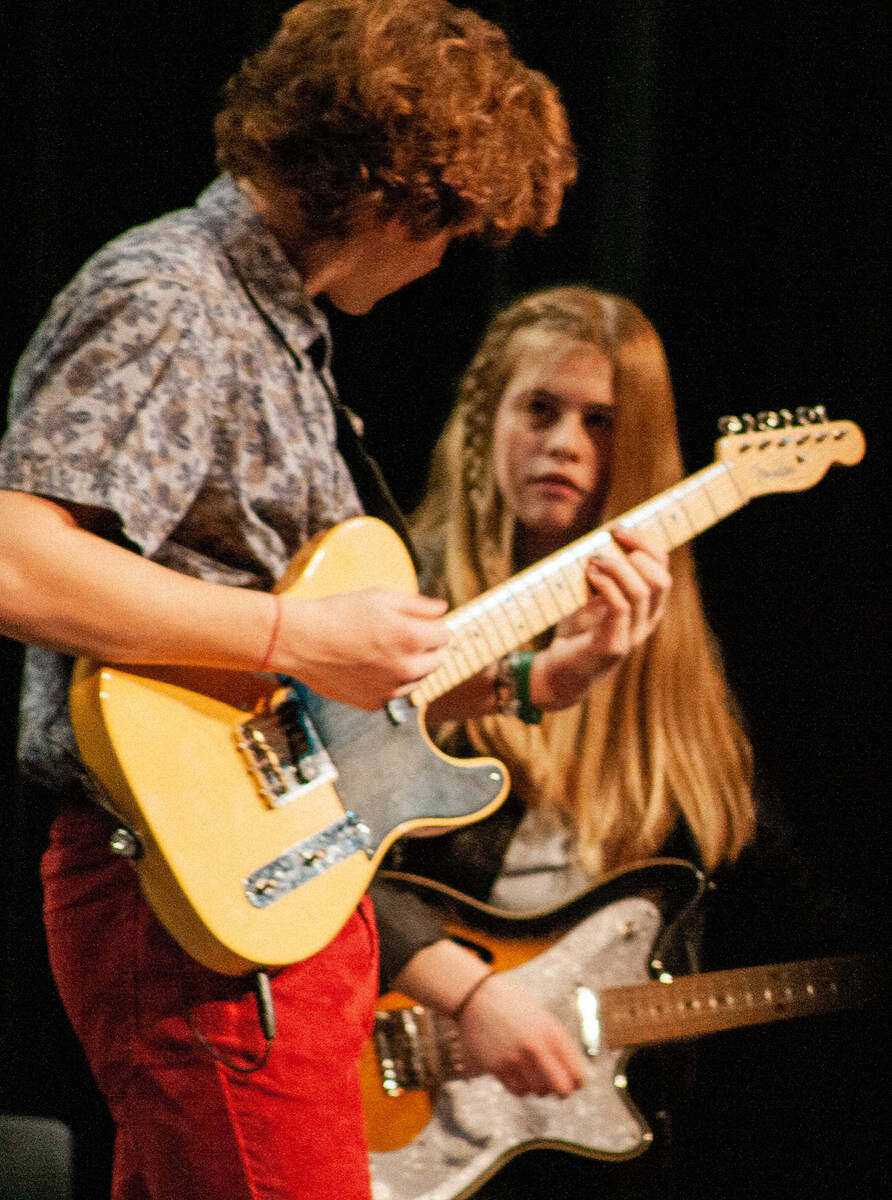 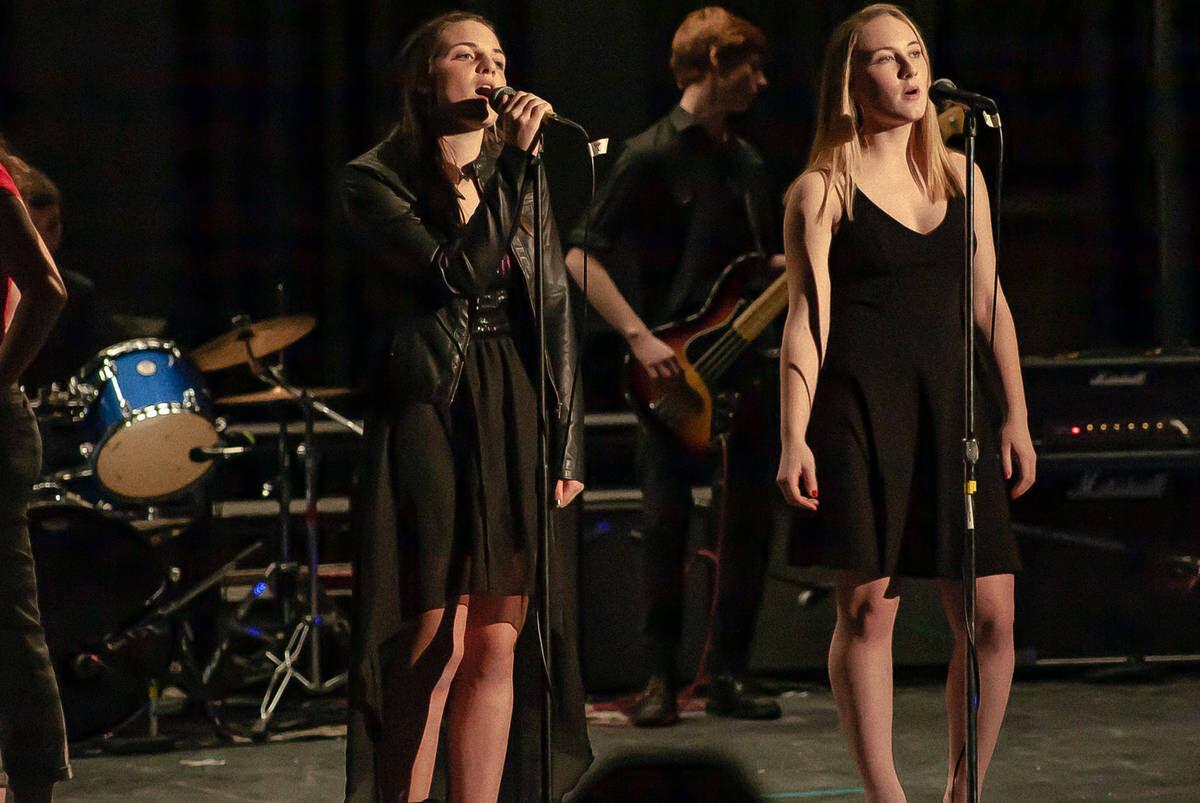 Since the people craving the sounds of the talented Kingdom All Stars band can’t go anywhere to hear them this summer, the All Stars are coming to the people.

COVID-19 fears and restrictions may keep us apart physically, but technology can keep us connected, and the All Stars are poised to become Stars of the screen as they perform a series of online concerts.

In partnership with Catamount Arts, “the concerts will be filmed and live-streamed from an undisclosed location deep in the heart of the Northeast Kingdom,” stated Kingdom All Stars Director Todd Wellington.

The Kingdom All Stars are a free, independent, non-profit program which operates as a working band and features dedicated young musicians from northeastern Vermont.

The summer series of shows will be broadcast on YouTube and other digital platforms throughout July and will include special guests. The premiere will be on Wednesday, July 1, at 7 p.m. That evening’s performance will also include the Catamount Arts Summer Solstice Raffle drawing. (Go online at www.catamountarts.org to purchase a raffle ticket.)

It was the need to create an opportunity for the drawing that led to the concert series. The original plan for the annual Catamount Arts solstice fundraiser winner drawing was a concert inside the United Community Church with Bob Amos performing a concert. Virus-related restrictions put an end to that plan, and Catamount Arts needed a new entertainment option with which to announce the raffle winner.

“We reached out to Todd and came up with this concept of having a virtual show,” said Catamount Arts Director Jody Fried. “As we were talking it evolved and we started dreaming bigger.”

The plan now is to broadcast weekly concerts throughout July and perhaps longer, said Wellington.

“Music is too important for our band and our community to just give up and shut things down,” said Wellington, “So we figured out a plan that will allow our band to play together live while complying with the COVID-19 guidelines issued by the state.”

Band supporters are in the process of creating “The Garden of Groovin,” with indoor and outdoor sets on which the band can perform together while spaced by proper social distancing. Wellington said the logistics involved in creating a space where band members can gather are significant. Stage positioning needs to be measured out. Musical arrangements need to be altered or scrapped to avoid close contact. The band even needed to purchases color-coded foam microphone covers and assign each vocal performer his or her own color. A few wanted the color blue, Wellington said. He gave it to the first person who asked.

Wellington said the families of the band are being supportive to help get things ready for the series. The 12 band members are also looking forward to playing together again, he said.

The fact that the students won’t have a live audience will be kind of a let-down for the band members, said Wellington.

“They’re kids even though they don’t play like kids,” he said. He likened the situation of a youth band performing without a live audience to a high school basketball team having to play in front of empty stands.

Before COVID-19 upset everything, the All Stars were planning to perform in front of audiences at the Record’s Rising Star Talent Showcase, multiple dates at the Red Barn in Danville, the Danville Fair and the Caledonia County Fair.

Fried said he is happy to add the Catamount name to the All Stars online performances. “We can amplify and connect with folks who are hungry for that content,” said Fried.

“From the very, very beginning we have felt that it’s incredibly important in the Northeast Kingdom to have that opportunity for youth to take their talent to the next level,” said Fried. “Every opportunity we have had to partner with the Kingdom All Stars and create opportunities for them to be a part of we’ve done it. This latest project is just the next extension of that.”

The concerts are expected to last between 30 and 45 minutes. “If it works then we’ll talk about August,” said Wellington.

“We’re going to make it as good as we possible can cause we want to retain viewers,” said Wellington,”and hopefully some of them will donate money.” Viewers of the shows will have a chance to drop some money in an online tip jar.

While COVID-19 has kept the All Stars out of school and out of their usual rehearsal space, they haven’t been out of the public eye. Their original song and music video, “So Close,” premiered this spring on YouTube, garnering 10 times as many views as any earlier All Stars release. The band was in the midst of recording the song when the pandemic struck. They adapted by mastering and mixing the tracks remotely with Dreamery Production’s John Heartson.