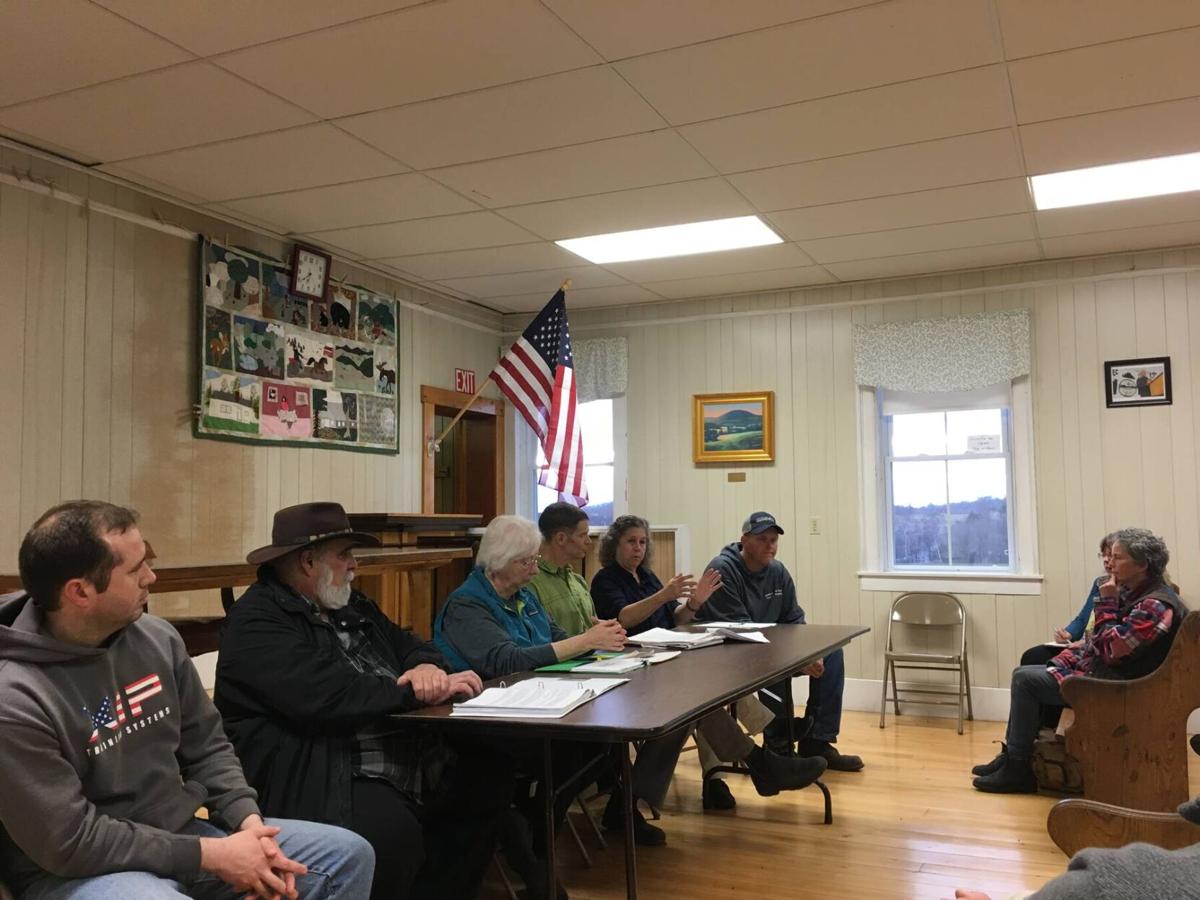 Kirby's Planning Commission in 2018 was trying to figure out what to do about concerns being raised in town over short-term rentals through airbnb.com and other online platforms. (File Photo by Amy Ash Nixon) 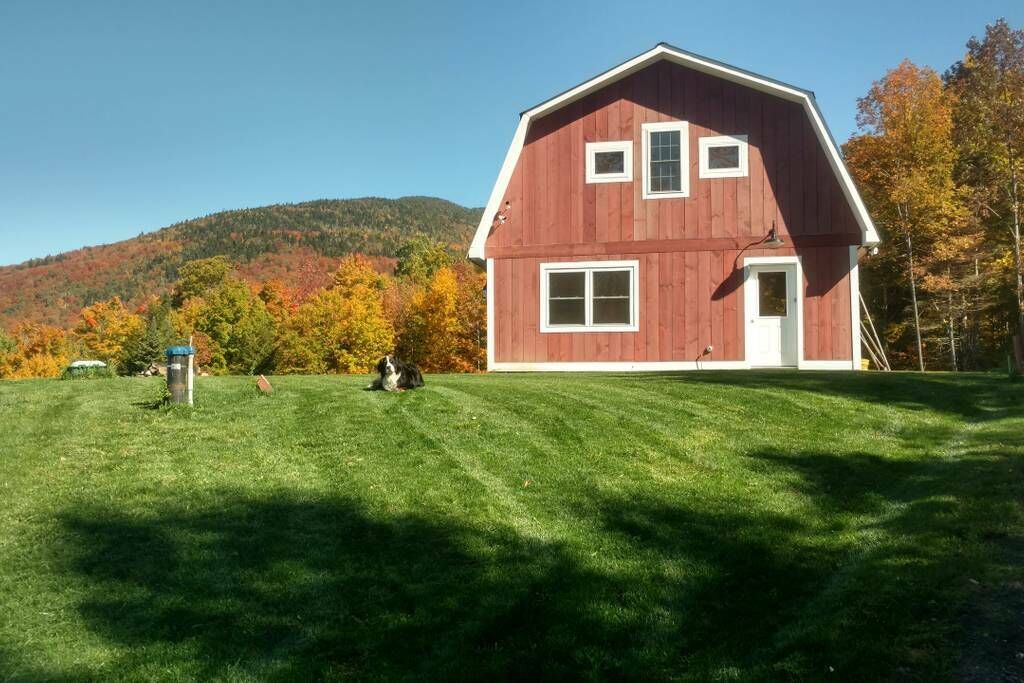 This house in Kirby has been used as an airbnb rental, and concerns about the short-term rentals happening at it were brought to town officials in 2018 by a neighbor. (Airbnb photo) 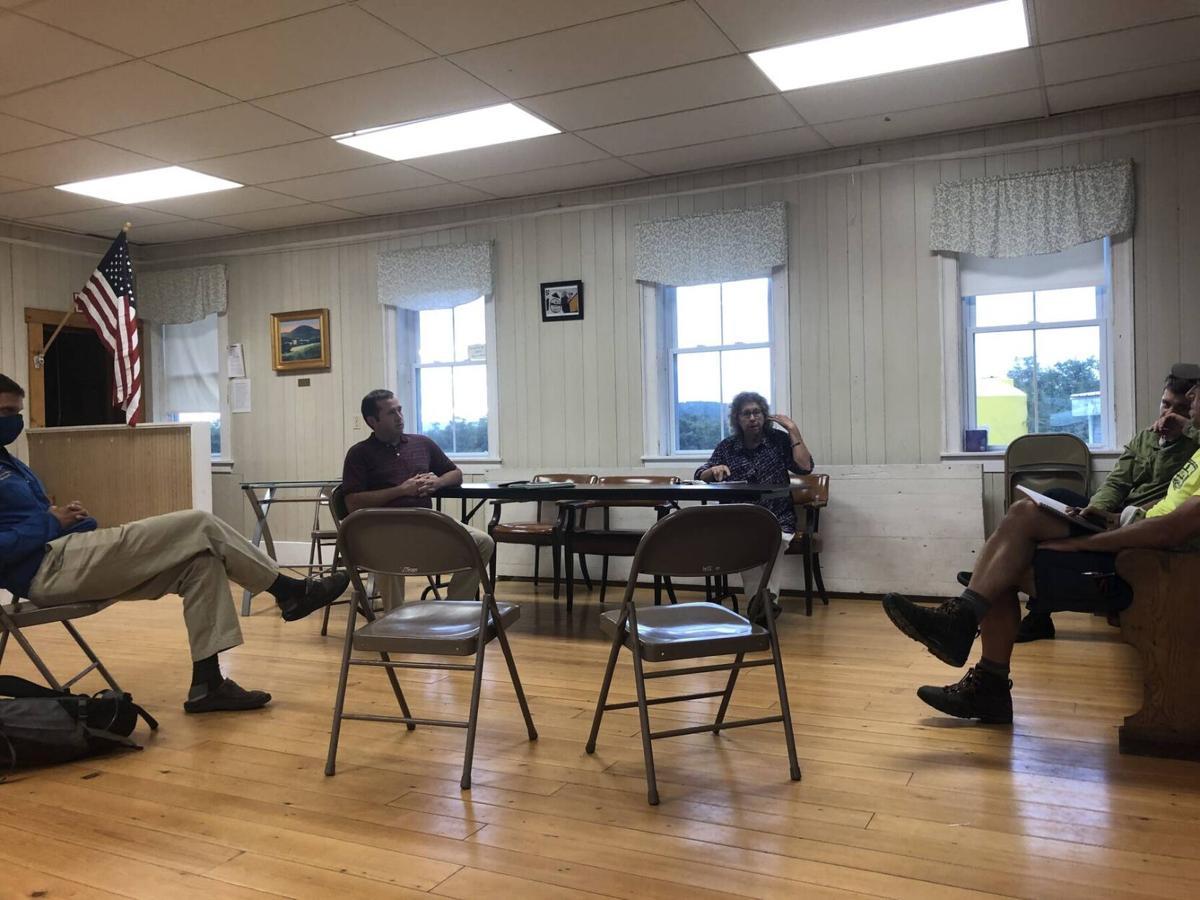 Kirby's planning and zoning committee at a meeting Thursday evening, discussing the recently mailed notice to town residents about un-permitted structures throughout the town, and a reminder about zoning permit requirements. (Photo by Amy Ash Nixon)

Kirby's Planning Commission in 2018 was trying to figure out what to do about concerns being raised in town over short-term rentals through airbnb.com and other online platforms. (File Photo by Amy Ash Nixon)

This house in Kirby has been used as an airbnb rental, and concerns about the short-term rentals happening at it were brought to town officials in 2018 by a neighbor. (Airbnb photo)

Kirby's planning and zoning committee at a meeting Thursday evening, discussing the recently mailed notice to town residents about un-permitted structures throughout the town, and a reminder about zoning permit requirements. (Photo by Amy Ash Nixon)

KIRBY — As the town has grown, so too have concerns over un-permitted structures or additions to structures — even whole houses being built without a permit — and those kinds of issues can lead to unpleasant discoveries when properties change hands, or conflicts with neighbors if structures are too close to property lines.

To try to educate town residents and remind them that temporary and permanent structures in town need to go through a public permitting process, the Kirby Planning and Zoning Committee sent a notice tucked into the recently mailed town tax bills.

The notices begin “REMINDER — There are temporary and permanent structures throughout town that are not following zoning regulations. Some of these are on or near neighbors’ property lines, some are short-term rentals that are not permitted structures and not up to fire code, and there are many other possible issues.”

There have been no formal complaints filed about any of the aforementioned issues, according to members of the committee, who met at the Kirby Town Hall on a recent Thursday, but residents have approached board members to express concerns from time to time.

Kirby saw the highest growth in the area according to the recently published 2020 Census data for Caledonia County, noted Committee Chairman Marty Etter, at about 17 percent.

At the outset of the meeting, Etter asked if there had been any feedback from the notices going out recently.

But the town clerk said one property owner did come in to get a permit after the notices were sent out.

There are a number of different situations related to un-permitted structures in town that the committee has been made aware of, but for which there are no documented public complaints at this time; more neighbors explaining a concern to a committee member, said Etter, such as someone saying, “You’re on the board … what can I do about this?” as an example.

Board Member Erik Waring said, “There are buildings that have gone up that people didn’t have a permit for.”

In some instances, a structure may have been put up too close to a neighbor’s property line, not minding the required setbacks, and in the case of an Airbnb-type, short-term rental, the fact a temporary or permanent structure is now being used as a vacation rental may bring to light there is a permit issue because the neighbors may notice the increase in traffic to the rental property, committee members explained.

The committee is not at this point looking at the short-term-rental use of properties, only whether structures possibly being rented or utilized are properly permitted and meet safety codes including fire, for the protection of everyone.

“There are many more people in Kirby than there were 30 years ago,” said Mary Etter.

She said, “The issue is there are buildings or structures that are not permitted and could be or should be. We’re not acting on Airbnb’s at this point.”

Committee Member Sharon Baker said some time ago, someone built a home on Mud Hollow Road without a permit.

Ben Mirkin, also on the committee, said some situations related to un-permitted structures have led to unpleasant surprises when property owners go to sell, and the group wants to help taxpayers to not end up in those kinds of problems.

In one such situation, Mirkin said the problem meant the sellers “didn’t have a clean bill of sale” because of a hiccup over an un-permitted structure on a property in Kirby. “It was a real hassle for them … Nobody wants to see people penalized when they’re going to sell their house or lose the sale.”

Marty Etter said in some instances, a sale could even fall through if half the reason a person is buying a property is the potential to have a short-term rental and an income-generating property, but they find out that the structure used for rentals was not properly permitted in the end.

The notice sent out recently was intended to clarify the town’s zoning regulations and future enforcement, according to the minutes of the board’s Aug. 5 meeting.

The notice stated the following:

• All structures (temporary or permanent) must follow our town zoning regulations;

• All structures over 100-square feet must be permitted (Zoning regulations — 13.03c lists all exemptions);

• All structures must be setback 75 feet from the center of the road (zoning regulations 4.04 for residential and 5.04 for commercial);

• All structures must be setback 50 feet from all property lines (zoning regulations 4.04 for residential and 5.04 for commercial);

“We have seen very difficult situations arise at the time of property sales and/or refinancing when there are structures that do not meet regulations,” the notice to residents stated. “In addition, there have been extensive complaints about these continued issues. Therefore, the zoning board will be enforcing the town regulations. Please be responsible citizens, follow town regulations, and be sure all structures on your property are permitted and comply with setbacks.”

Marty Etter said this week, “The board has not been on the lookout for anything, just trying to provide info to prevent future problems. I don’t have any advice on rentals. The state Supreme Court should be handing down guidance on that to the state in the near future as far as I’ve read in the papers.”

The town’s zoning regulations are online at kirbyvermont.org.