Log In Register
You are the owner of this article.
Edit Article Add New Article
You have permission to edit this article.
Edit
Home
News
Sports
Opinion
Community
Features
E-Edition
Archives
Advertise
Subscribe
1 of 12 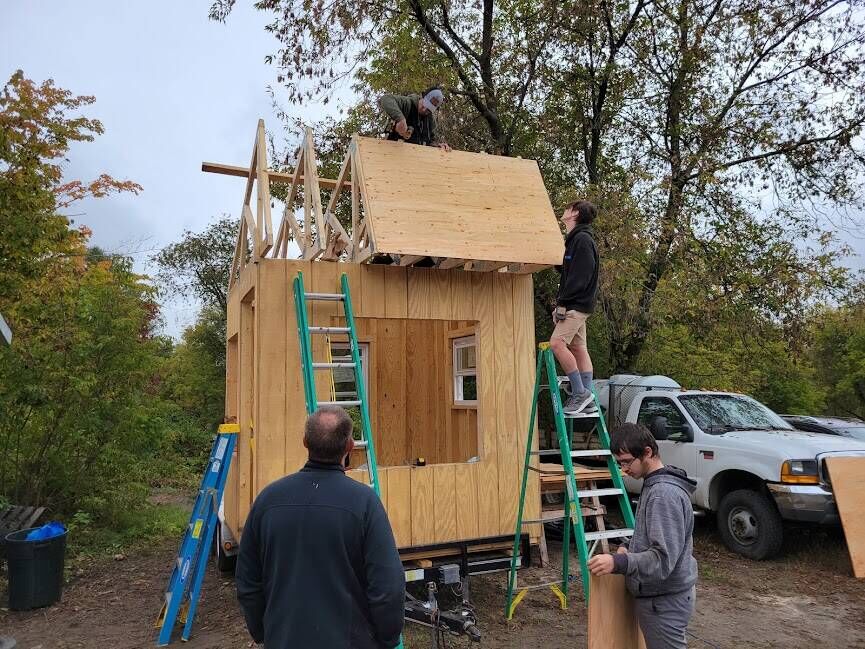 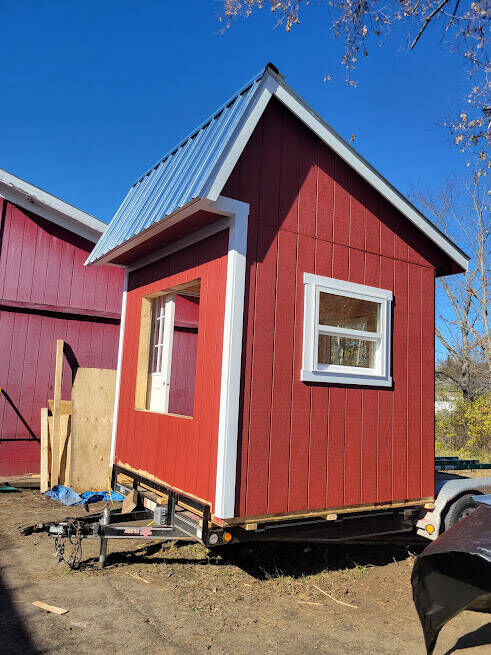 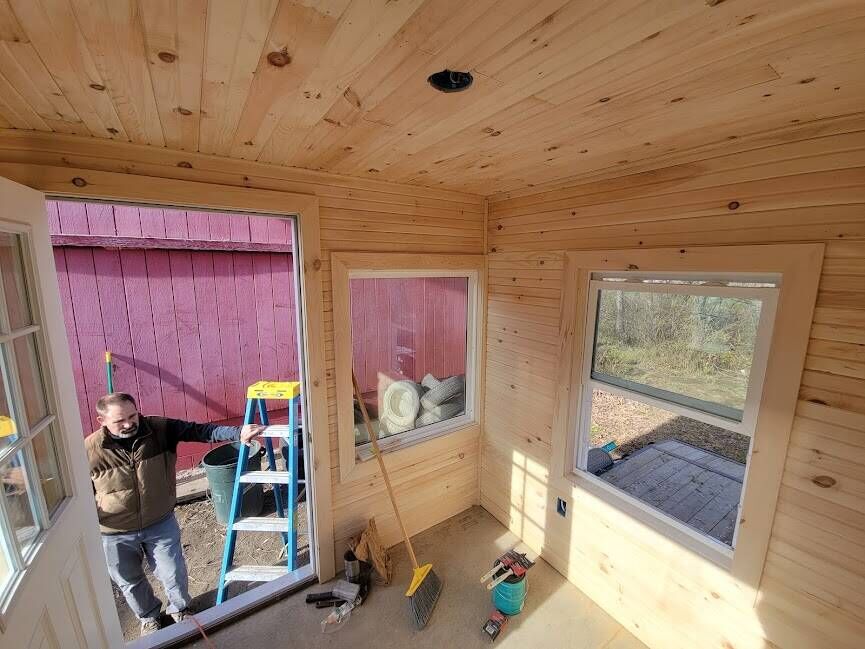 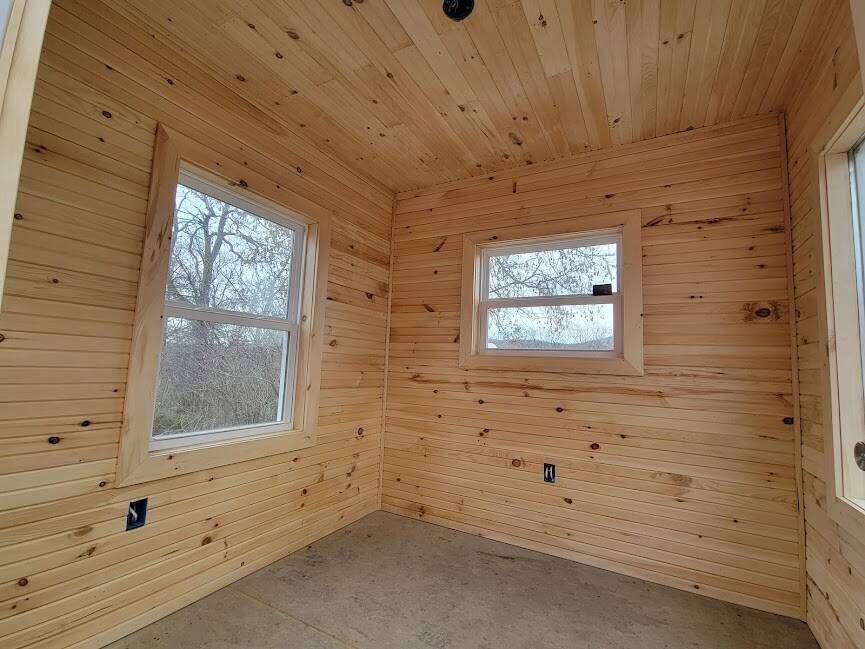 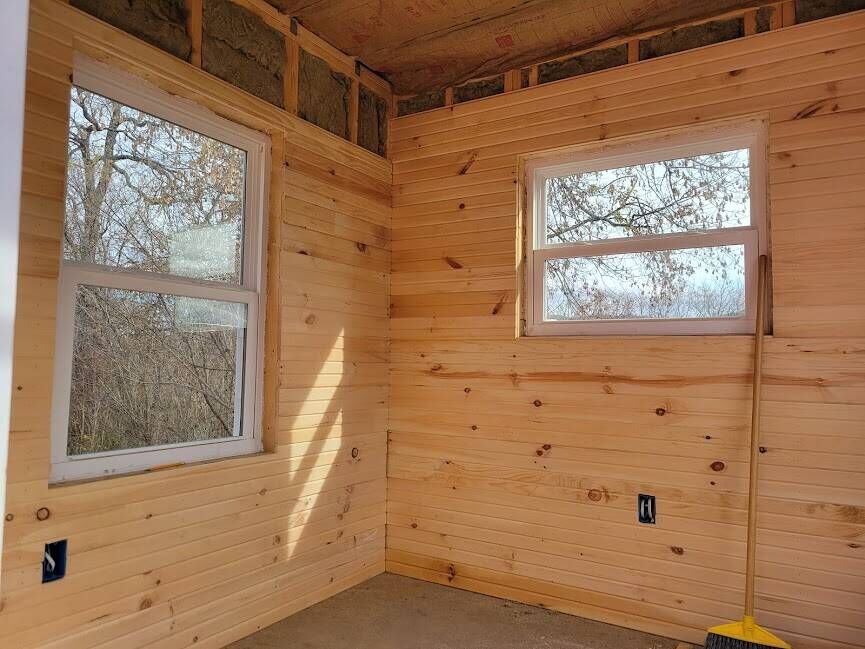 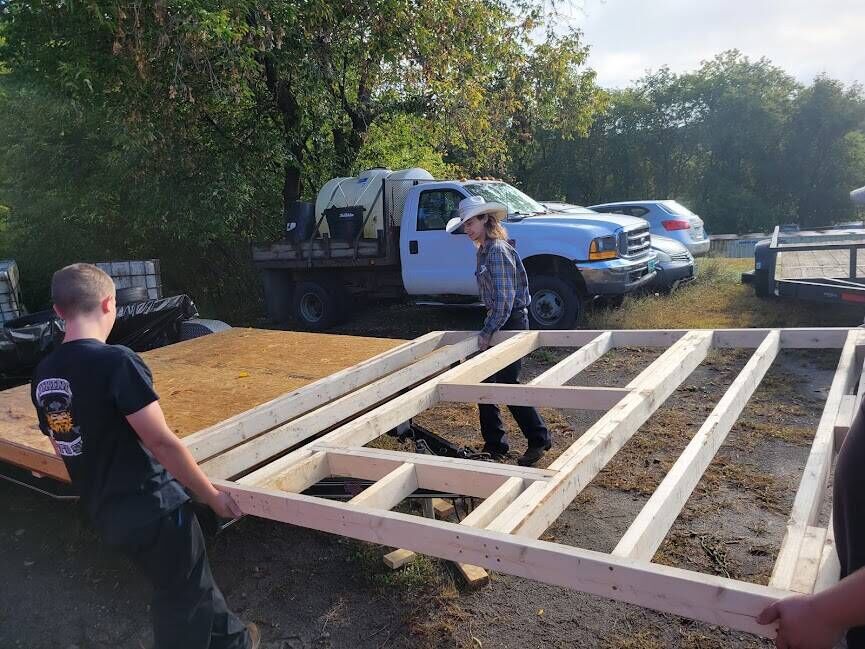 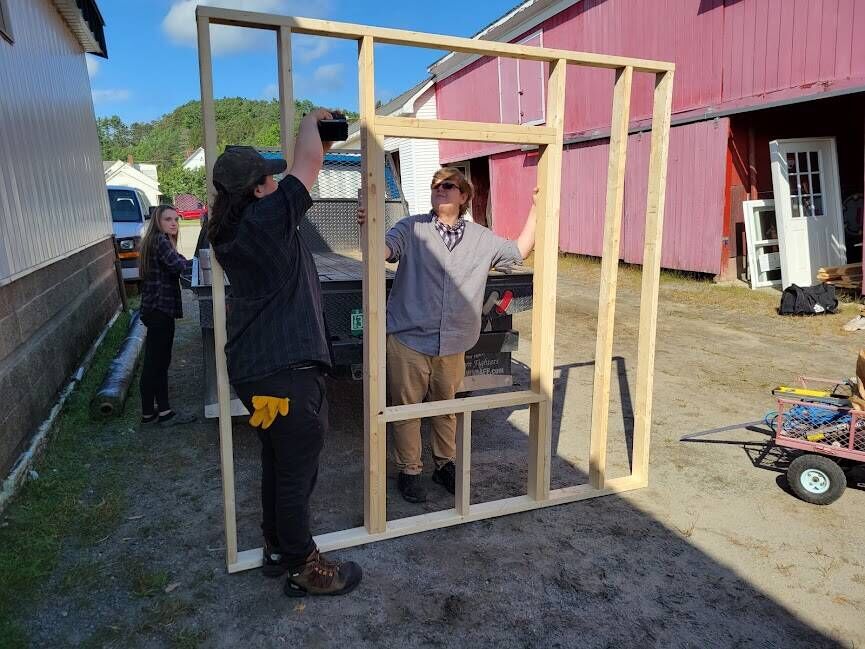 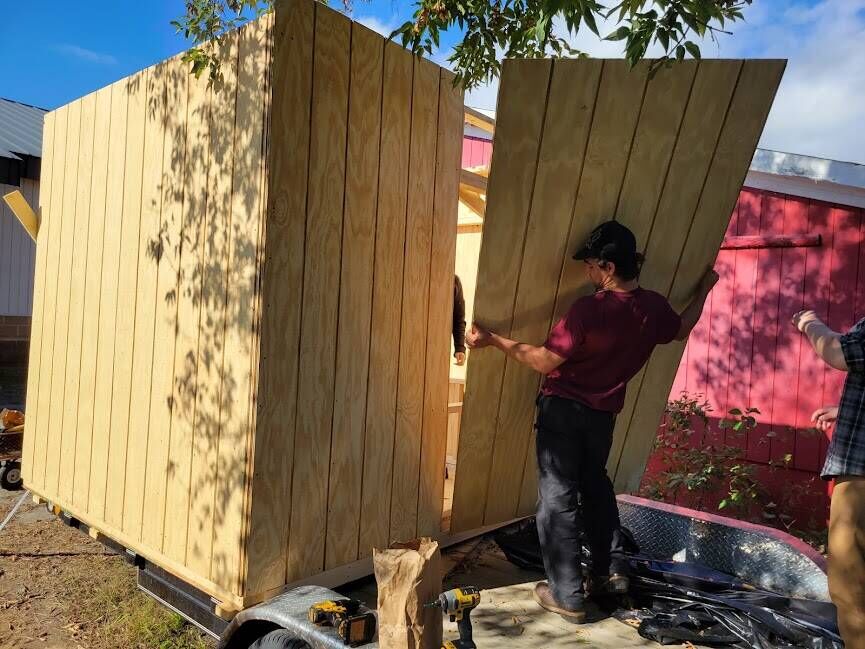 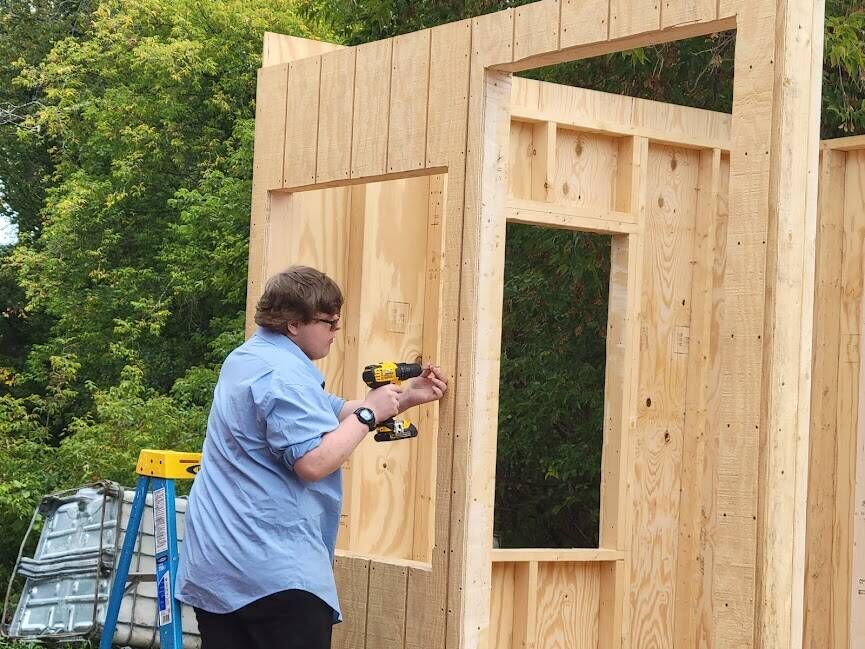 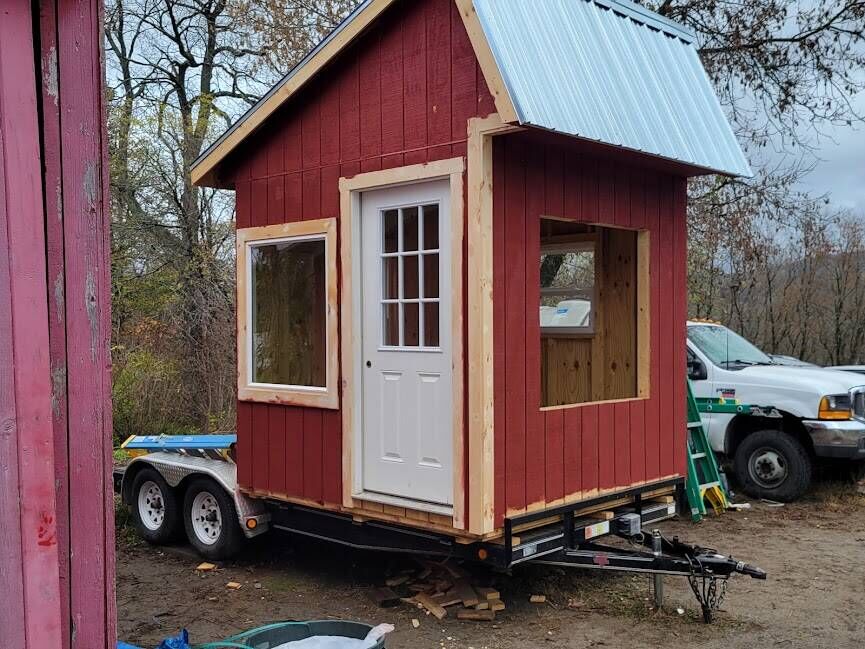 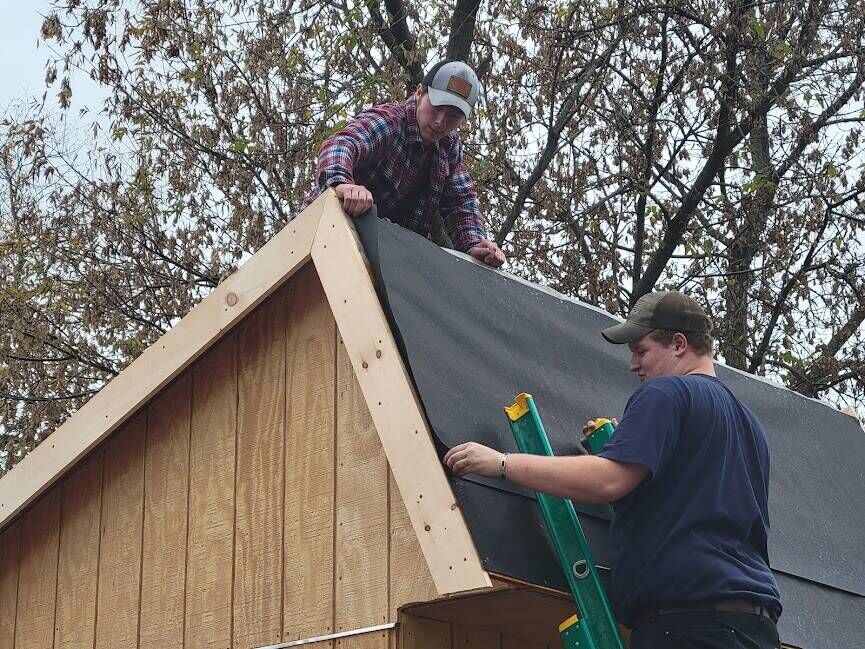 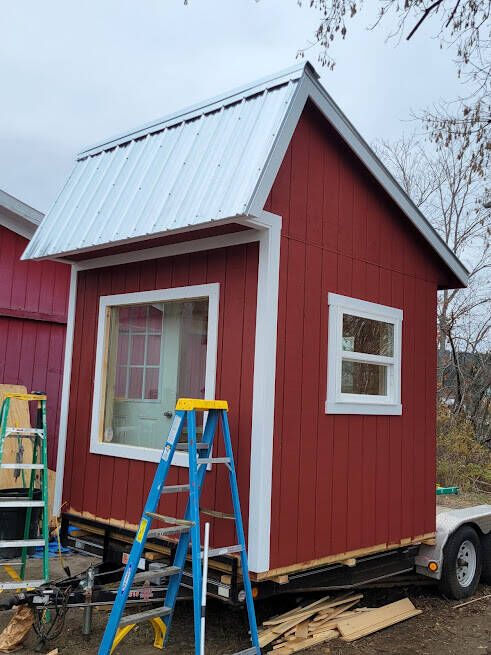 LYNDONVILLE — The Lyndon Outing Club will open this winter with a brand new lift attendant shack.

They have Lyndon Institute to thank.

Students in the Diversified Agriculture class, under the instruction of Jerry Leonard, built the 64-square-foot shack from scratch.

Leonard said the 10 juniors and seniors who worked on the project learned a lot, and found it rewarding.

The shack will be installed atop the Outing Club hill ahead of the winter season. It will serve the 60-year-old T-bar lift.

“This will be something they can look at for decades and take pride in, knowing they did this for the community,” he said.

Plans were set in motion in the spring.

Rick Angell, who has connections to both the school (as director of ancillary programming) and the outing club (as a member of the board of directors), learned of the project and brought both sides together.

It furthered LI headmaster Twiladawn Perry’s goal for the school to reestablish community connections, he said.

“The school wants to be a good community member, and this was a place we could help out,” Angell said.

That goal was accomplished, and then some.

Wendy Beattie, president of the Lyndon Outing Club’s board of directors, said the students delivered a “gorgeous” building.

Donations covered approximately 90% of project costs and the school provided the labor.

“It’s a great effort on the student’s part, and the school’s part, and it shows that there is a lot of community spirit,” Beattie said.

Normally, Leonard’s students in diversified agriculture are focused on farming, landscaping and logging.

As part of that, they might learn to build basic farm structures like greenhouses or pole barns.

The lift attendant shack was something more ambitious.

Although small in stature, it includes all of the elements of a single-family home. Students built floor joists and roof trusses, installed doors and windows, and added insulation and sealant. They did everything but the electrical work.

Students guided the project from design to completion. They worked collaboratively with Outing Club officials, responded to change orders, and built to specifications.

For Leonard, the more he can teach his students, the better.

That’s because times have changed and those working in agriculture today need to be adaptable, with wide-ranging skill sets, so that they can respond to market changes and tap into multiple revenue streams.

“We keep diversifying, we keep adding things to the program,” Leonard said.

The lessons extend beyond planting and harvesting.

During a lesson on solar energy, a student asked “What does this have to do with agriculture?” Leonard responded “everything.” He explained to the student that a farm could install solar panels, generate revenue, cut energy costs, and stay solvent.

“It could save the family farm,” Leonard said.

The lift attendance shack is another example of a not-so-obvious lesson in modern farming.

Learning to design and build, students gained skills that will allow them to establish and expand their own businesses someday, whether they want to build a sugar shack, an office, or a home.

LI senior Holden Wade helped to build the shack. He said he “learned a lot” on the project.

As work progressed, students gained skills at every step. Along the way, Wade learned about carpentry and construction, collaboration and teamwork.

Wade plans to enroll at Vermont Technical College and pursue a career in dairy farm management. He is happy to leave behind a project that will have a lasting place in town.

“I think it shows people just how strong our community is, and how much people here will do for each other,” he said.

Good to see useful skills being taught in this course rather than more abstract rancid Leftist fascist/slave soup.