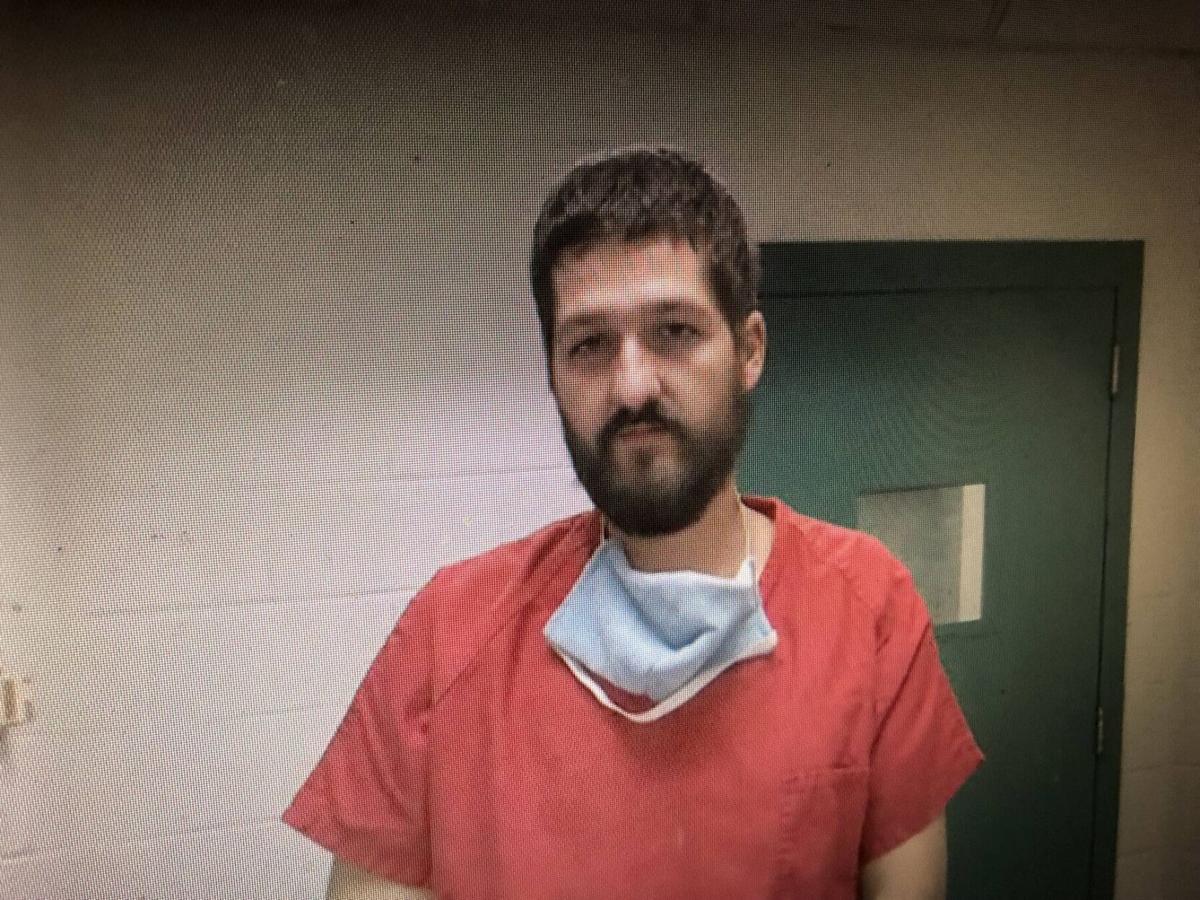 Facing felony drug charges in Vermont following an arrest in Lunenburg on Friday, James Bartlett Jr., of Colebrook, appeared in Essex Superior Court on Monday by video from jail. 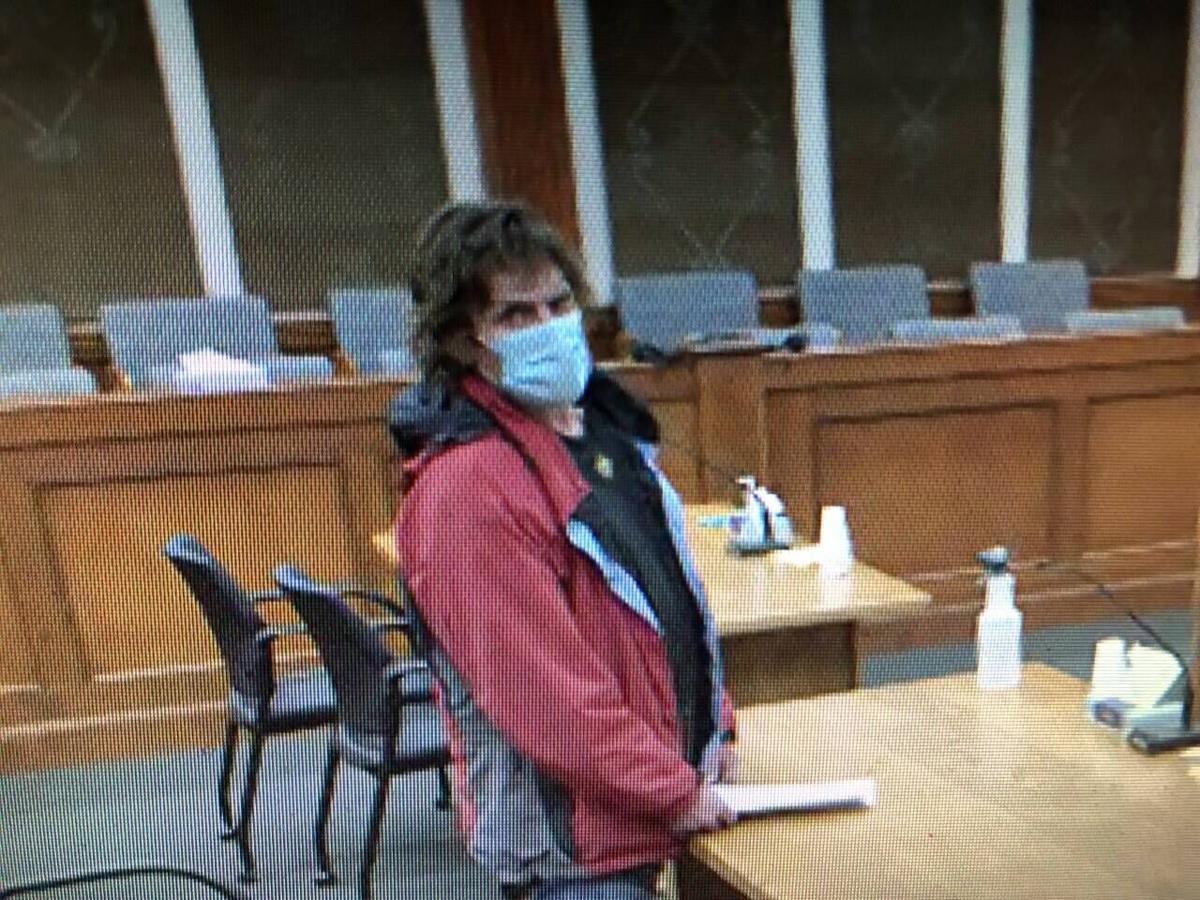 Following an arrest in Lunenburg on Friday, Timothy Fenoff, of Dalton, appeared in Essex Superior Court on Monday on charges of drug possession and violating the conditions of his release following a conviction for domestic violence. 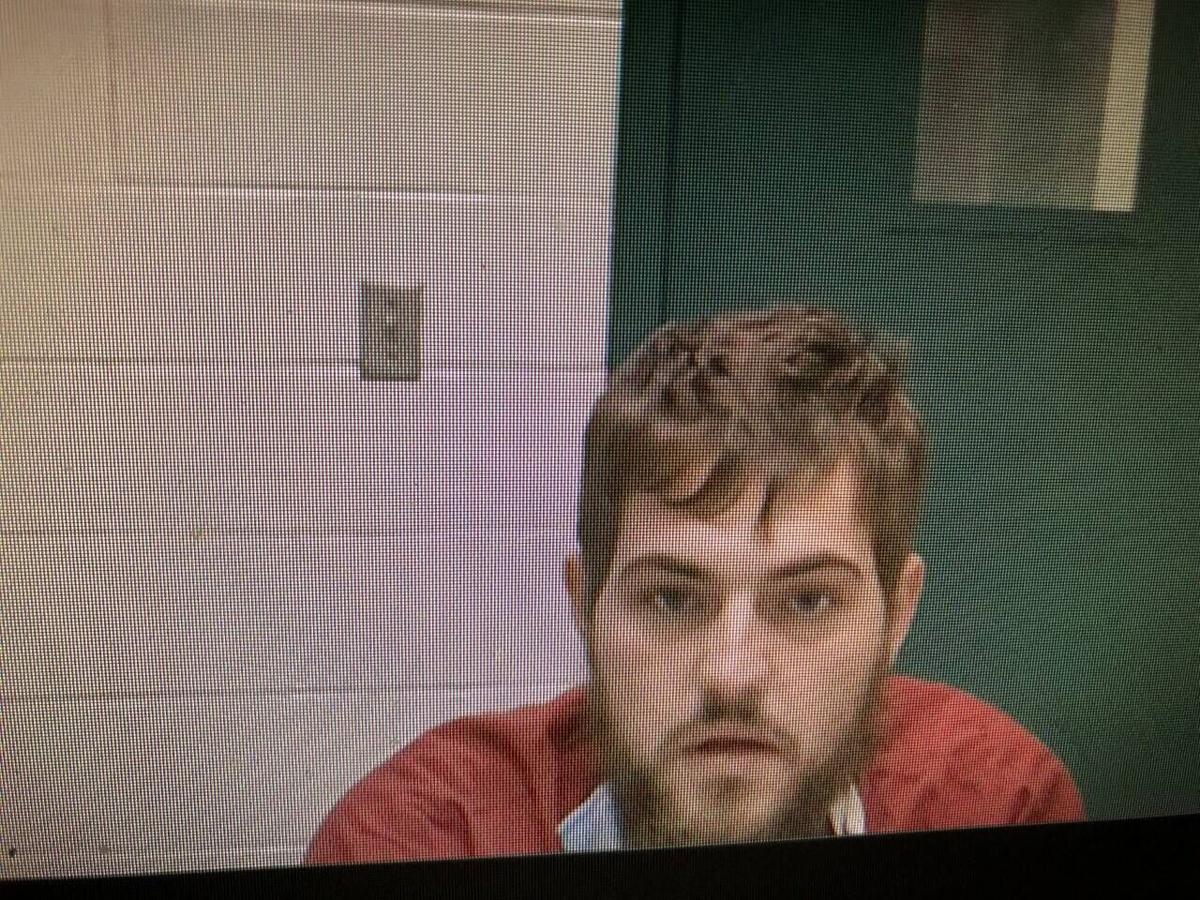 Following an arrest in Lunenburg on Friday, Matthew King, of Whitefield, appeared in Essex Superior Court by video on Monday as a fugitive from justice from New Hampshire, where he faces felony theft and drug charges.

Facing felony drug charges in Vermont following an arrest in Lunenburg on Friday, James Bartlett Jr., of Colebrook, appeared in Essex Superior Court on Monday by video from jail.

Following an arrest in Lunenburg on Friday, Timothy Fenoff, of Dalton, appeared in Essex Superior Court on Monday on charges of drug possession and violating the conditions of his release following a conviction for domestic violence.

Following an arrest in Lunenburg on Friday, Matthew King, of Whitefield, appeared in Essex Superior Court by video on Monday as a fugitive from justice from New Hampshire, where he faces felony theft and drug charges.

Three Coos County men are facing felony charges after a search warrant executed Friday at a property in Lunenburg turned up large quantities of drugs and fugitives wanted for crimes in New Hampshire, said authorities.

James C. Bartlett Jr., 33, of Colebrook, faces charges in Essex Superior Court for possessing 1 1/2 pounds of marijuana and more than five grams of fentanyl, as well as previous felony charges in New Hampshire.

Timothy J. Fenoff, 48, of Dalton, is charged with one count of possessing methamphetamine and three counts of violating the conditions of his release on bail following a domestic assault conviction.

Matthew King, 29, of Whitefield, is charged with being a fugitive from justice from New Hampshire, where a warrant was issued for his arrest on Nov. 4.

On Monday, they appeared at Essex Superior Court in Guildhall.

As far as charges and defendants arrested, Bartlett was the big fish, and Vermont police had received reports he had been staying at 215 Fournier Rd., owned by Steven Silsby, the property where the search warrant was executed after being approved by Judge Timothy Tomasi.

“[Bartlett] has seven charges pending in Coos County,” Essex County Attorney Vince Illuzzi said Tuesday. “He had a pound of marijuana and a felony level amount of fentanyl.”

That amount of fentanyl, a lethal drug that kills people, is large, he said.

“We have two pandemics going on,” said Illuzzi. “One is COVID and the other is the unlawful use of drugs. Like many crimes, the border between New Hampshire and Vermont is nonexistent when it comes to the sale and possession of these drugs. It’s really a New Hampshire-Vermont problem in this region. This was a large find in itself, and in my mind, it spells overdose and death.”

According to the affidavit for arrest by Essex County Sheriff Trevor Colby, there were four people in two vehicles parked in the driveway when law enforcement executed the warrant at 8:30 p.m. on Friday.

Silsby and Bartlett were in one vehicle and King and his girlfriend in another, he wrote.

In the gold truck that belonged to Bartlett, Colby said officers found 5 1/2 grams of a white powder in a black box that later tested positive for fentanyl.

Possession in Vermont of a regulated narcotic like fentanyl consists of 1,000 times a benchmark unlawful dosage, wrote Colby.

“Fentanyl has a benchmark unlawful dosage of 3.2 milligrams,” he said. “Bartlett was in possession of an excess of 5,000 milligrams.”

Bartlett faces a maximum Vermont State Prison sentence of up to five years for the marijuana charge, and up to 10 years for the fentanyl possession charge.

Also found in the backseat of his truck were an AR-15 rifle, two handguns, a 9-mm pistol, and .22-caliber pistol, all loaded with live rounds in magazines, Colby said in the affidavit.

Although Bartlett told police he didn’t own the truck and didn’t know who it belonged to, the title found over the visor was signed in Bartlett’s name and inside the truck was a letter from New Hampshire courts addressed to Bartlett, said Colby.

“While not part of the criminal charges, it should be noted that Bartlett was in violation of his conditions not to possess firearms and was not in the state of New Hampshire,” said Colby.

The conditions of Bartlett’s release for his prior pending charges in New Hampshire require him to live at a court-approved residence and not travel outside New Hampshire or possess any guns, narcotics or drugs.

On Monday, Illuzzi wrote Colby to say that Bartlett told the county attorney’s office that he was living at Silsby’s house when his court-approved address is in Colebrook.

With an unapproved address and the New Hampshire court prohibitions against possessing firearms or drugs or having any contact with his New Hampshire co-defendant, Fox, Bartlett can be charged as a fugitive, said Illuzzi.

King had two extraditable warrants out of New Hampshire and one out of Vermont, according to his affidavit for arrest.

In Rockingham County, New Hampshire, King failed to appear in court on Nov. 4 on two Class B felony counts of theft (alleged shoplifting at Walmart in Salem) that occurred after two prior theft convictions.

King was also wanted on a warrant out of Merrimack Superior Court in New Hampshire for Class B felony possession of the drug fentanyl.

During Friday’s arrest at the Silsby residence, police said Fenoff was found in the same house as Karen Bishop, the woman he was convicted of assaulting and was ordered to stay away from and not have any contact with in a domestic violence protection order out of Manchester District Court in New Hampshire.

Fenoff is also charged with violating conditions of release for domestic violence in Windsor County, Vermont.

Bishop, they said, was in a back room of the house with the door closed.

During Fenoff’s arrest, authorities said he tossed a small baggie to the ground and tried to kick it beneath a vehicle.

The substance, about 1.5 grams, later tested positive for methamphetamine, they said.

Fenoff faces up to three years in Vermont State Prison on a Class F count of subsequent violation of a domestic violence order (the other two violations carry up to six months each), and up to a year in prison for methamphetamine possession.

“Yesterday, [Bartlett] was arraigned on the Vermont charges and today we had a hearing on returning him to Coos County as a fugitive from justice,” said Illuzzi.

The Vermont bail was struck after Bartlett waived extradition and agreed to be extradited back to New Hampshire.

On Tuesday evening, he was held without bail in Vermont pending his return to New Hampshire.