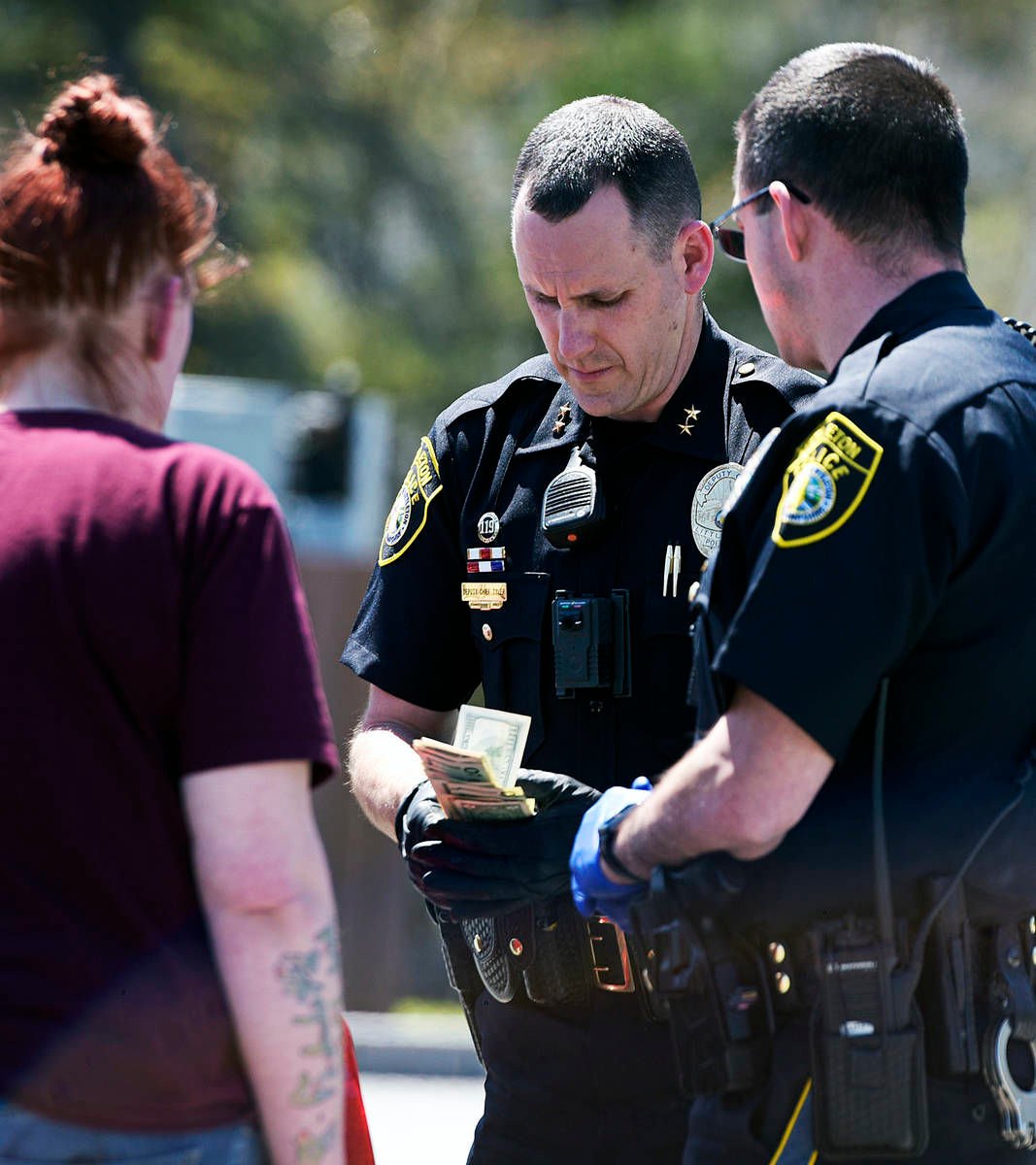 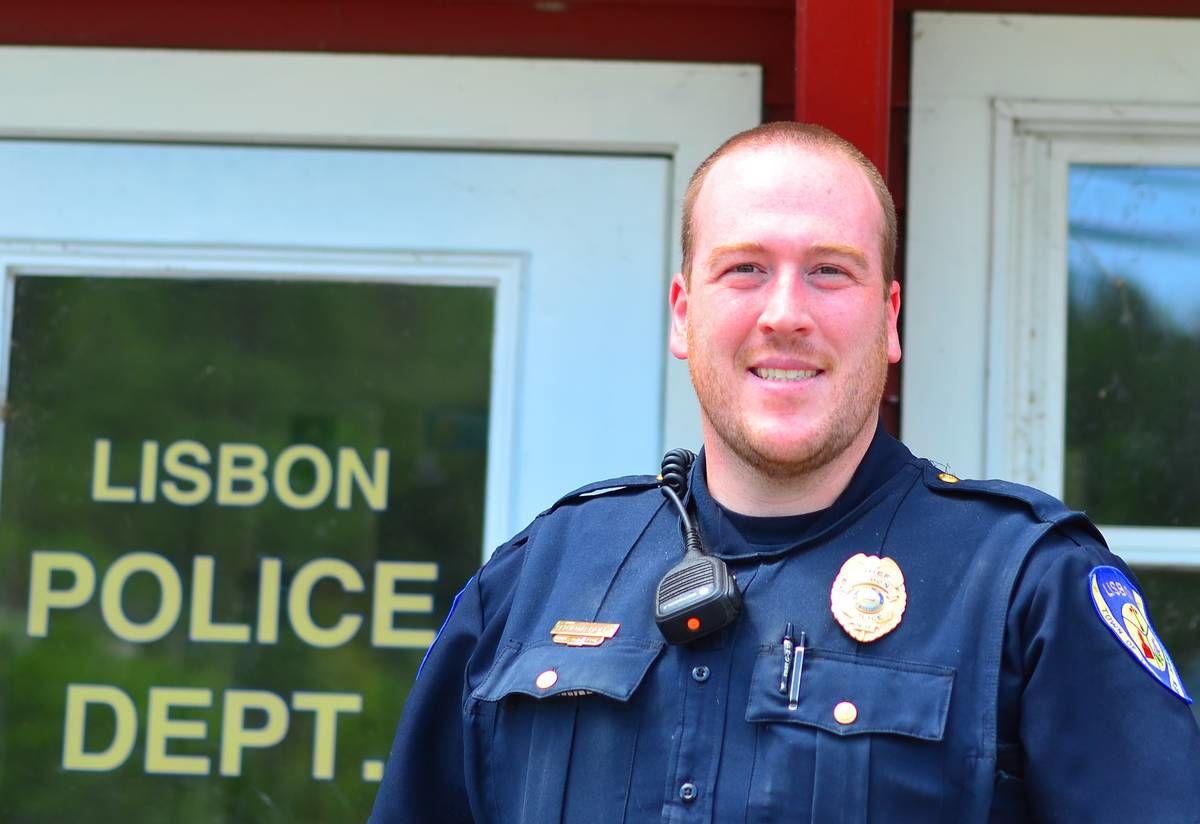 Benjamin Bailey is settling into his new job as the police chief of Lisbon. (Photo by Robert Blechl)

Benjamin Bailey is settling into his new job as the police chief of Lisbon. (Photo by Robert Blechl)

The North Country can seem a world away from the civil unrest and nationwide protests - among the largest since the 1960s - stemming from the May 25 death of George Floyd, an African-American man in Minneapolis, whose death was declared to be a homicide.

In the following days and weeks, protests and demonstrations erupted across the nation decrying police brutality, racism, and lack of officer accountability.

Smaller ones took place close to home, in Littleton and St. Johnsbury, to support the national events, and other demonstrations are still happening across the country.

News coverage is everywhere, and in every corner of small town America.

Although North Country police departments serve much smaller and more racially homogeneous populations, and officers here take on different and more community-oriented roles than officers in cities and larger communities, and while rural police departments don’t receive the same volume or nature of complaints, what happens at the national and state levels can still impact local policy.

As the Minneapolis and other metropolitan police departments look at policy changes to address concerns about policing and use of force, several area police chiefs recently discussed how they are reviewing their use-of-force policies and how, with police officers across the country in the spotlight, morale is among North Country officers.

Recently, Lisbon police participated in the senior graduation for Lisbon Regional School, waving to all and having young kids waving back.

It’s important for people to see police support the public and those kinds of endeavors because it’s such a strange, important, and pivotal time in the nation’s history, said Lisbon Police Chief Ben Bailey.

“I’ve never been through anything like this in my lifetime,” he said.

“Luckily for us, we started a policy review in April,” said Tyler. “We have many policies and directives in place, but if they’re not staying current, they need to change. We started a complete policy review, which is not as easy as one would think.”

Recently, the Littleton Police Department did a restart on that review that is still ongoing, he said.

Changes aim to make policies more modern in terminology and practice, he said.

The process includes reviewing changes at the state and national levels because there is more emphasis now and more discussion among different agencies, said Tyler.

At one time, police departments would revise based on what they had at their fingertips, but now there are better ways, he said.

Littleton Police Department’s use-of-force policy is one that is reviewed for updates, and it’s being given an even closer look after the current events that catapulted such policies into the forefront, said Tyler.

“Is there something in there that can be done better?” he said. “We didn’t have choke-holds in our use-of-force policy before just because they are not acceptable. But if it makes people feel better that we should say in there that we’re not going to [use choke-holds], I don’t have an issue with that. They’re not an acceptable means to use against somebody in a non-life-threatening situation.”

In reviewing use of force, the Littleton Police Department is looking closer than before because of what’s going on nationally, and that’s positive, said Tyler.

Samson is among many police chiefs looking to see what is being put in place elsewhere.

Bailey became the police chief of Lisbon in early April, and like all new chiefs, he has been reviewing all policies in his department to see what needs updates.

“We have a great network of chiefs and a great network of law enforcement officers and I feel confident I can reach out to any and say we’re looking at implementing this new policy or we want to update our use-of-force policy,” said Bailey. “I reached out to my friends at the Lebanon Police Department and said I’d really like to get your use-of-force policy. They sent it right up. It’s been great, and there’s a lot of stuff that needs updating and it’s on a continual basis.”

Going forward, looking at state and federal guidelines will be a greater part of Lisbon’s process, he said.

“When you look at what’s required of police departments, it’s something that’s always changing and being updated, and it’s for the better,” said Bailey.

Like local policies to keep people safe during the COVID-19 pandemic, policies for local police are also reviewed to ensure they align with federal guidance, he said.

“It’s a fluid thing and it’s changing constantly and you’re always trying to keep up with it,” said Bailey. “And also training - law enforcement officers need the training if something changes that they’ve done for 15 years of their career and then all of a sudden it’s different from what they were taught. There’s a systematic training that needs to take place to achieve that goal or that transition.”

As to the large reason for today’s demonstrations, Bailey said there is more ability to document incidents between police and those they arrest or interact with and cell phones and video are able to show a lot about law enforcement, including incidents of force and misconduct.

“As a position of authority, in a town or anywhere, you have a badge and you’re supposed to enforce the laws,” he said. “There’s always going to be a microscope on top of you because of the authority difference, and I understand 100 percent why people are always looking at that and examining it.”

In rural communities, police can wear many hats, making an arrest one hour, writing a speeding ticket the next, before teaching an education class in a local school, helping a kid in crisis, or assisting a business owner or resident with just about anything he or she might need.

“Morale is good,” Samson said of his officers.

The area is fortunate to have less population density during a pandemic, he said.

Then, there are the residents supporting their local police.

In Lisbon, Bailey said, “We’ve been receiving letters of support from the public, saying we stand behind you and without law enforcement officers we’d be in ruins.”

“We’ve had conversations with folks in town who have shown support both verbally and by dropping off small things, mostly food items, and saying, ‘you guys are going through tough times and we appreciate what you’re doing.’”

It began with police efforts to keep the public safe in the early days of the COVID-19 pandemic, when Tyler said residents thanked them for being on the front lines.

“With the social unrest, some other folks have expressed their gratitude,” he said.

Although others more critical might paint all law enforcement officers with a broad brush, that doesn’t capture the reality, said Tyler.

“There is always room for improvement, but officers and staff try to do the best job they can,” he said. “We are definitely sensitive to what’s going on, but it hasn’t changed our mission. We are trying to do the best job we can.”