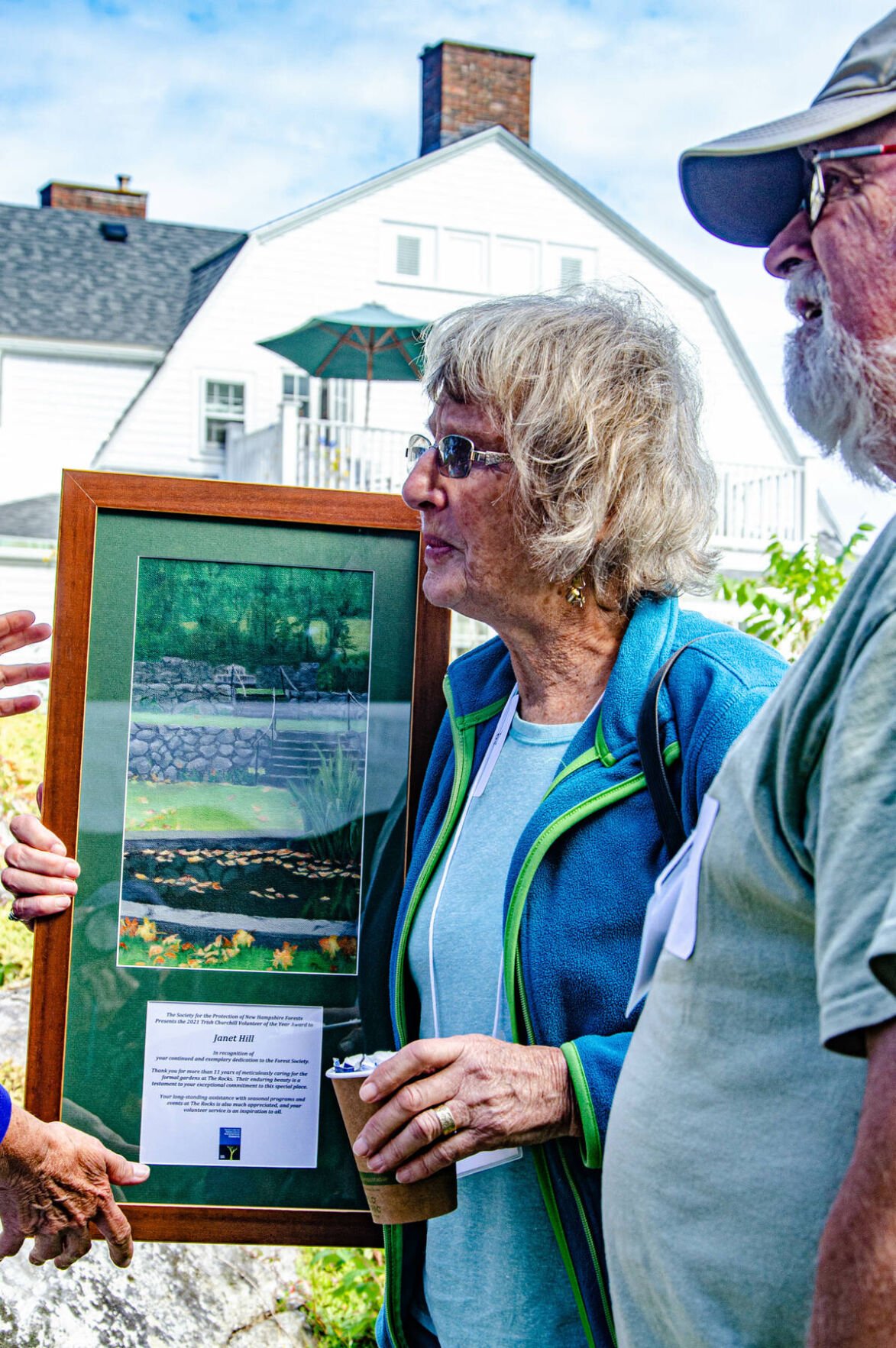 Littleton resident, Janet Hill has been named 2021 Volunteer of the Year by the Society for the Protection of New Hampshire Forests. (Photo courtesy of Katie Wilcox) 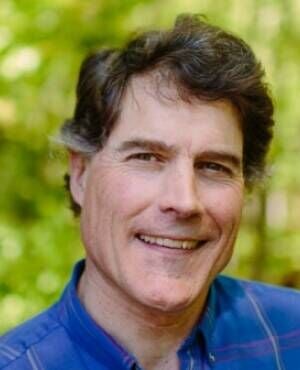 The late Tom Howe, of Gilmanton, was named 2021 Conservationist of the Year by the Society for the Protection of New Hampshire Forests. (Courtesy photo)

Littleton resident, Janet Hill has been named 2021 Volunteer of the Year by the Society for the Protection of New Hampshire Forests. (Photo courtesy of Katie Wilcox)

The late Tom Howe, of Gilmanton, was named 2021 Conservationist of the Year by the Society for the Protection of New Hampshire Forests. (Courtesy photo)

For her efforts at The Rocks Estate in Bethlehem, a resident of Littleton has been honored with the Society For the Protection of New Hampshire Forests’ 2021 Volunteer of the Year award.

Named SPNHF’s Conservationist of the Year was the late Tom Howe, a conservationist known nationwide whose final project was conserving 273 acres along the Ammonoosuc River in Bethlehem.

Honored with the Trish Church Volunteer of the Year award at SPNHF’s 120th annual meeting on Sept. 25 at the Creek Farm in Portsmouth, was Janet Hill, of Littleton, who has volunteered at The Rocks for more than 11 years, tending to its formal flower garden and joining other efforts.

The award recognizes those Forest Society volunteers who devote their time, resources and energy to help SPNHF achieve its mission.

“At our annual award meetings, we bestow a couple of awards, and the first was our Volunteer of the Year award that we gave to Janet Hill, a longtime volunteer at The Rocks, most noted for her efforts in keeping our gardens at The Rocks beautiful and pristine,” Kelly Cioe, spokesperson for SPNHF, said Thursday.

Hill, though, goes above and beyond that to ensure that The Rocks does not go without anything, including filling in and helping during the estate’s busy Christmas season, said Cioe.

Hill, who adopted the Olmsted Firm-design formal garden at The Rocks when she began, volunteers not only when there is a need for weeding or mulching, but also organizes other volunteers to tend to the garden when she is unavailable, said Nigel Manley, general manager for The Rocks Estate.

“She is just a wonderful presence on that property,” said Cioe.

The garden overlooks the landscape at the estate that is evolving following the 2019 fire that destroyed the estate’s Tool Building, the former operations center at The Rocks.

With the advancing renovations on the nearby Carriage Barn and the grounds, Hill’s work in the garden is on display.

“Thanks to Janet’s steady hand, the garden has been a wonderful place of solace and renewal during a time of transition at The Rocks,” said SPNHF President Jack Savage.

When she accepted her award, Hill was given an original painting of the garden at The Rocks that was completed by Kathie Lovett, of Franconia, an artist and SPNHF supporter.

“The Rocks is a local treasure and I wanted people who visit it to really enjoy the garden, so I took over the care of it and planted a lot of plants from my own home garden,” Hill, a member of the Littleton Garden Club who tends the narrow garden between the Littleton Area Senior Center and footbridge, said Thursday.

Hill brings a consistent presence to The Rocks, said Cioe.

“She’s always there helping out in any way possible and she’s a master gardener and has been able to help us keep the gardens up, which has been fantastic, especially as renovations are underway,” said Cioe. “It’s been a nice spot to look out over the great views that are up The Rocks. She and her husband [Ed Martin] help out any way they can. They help deliver our Maple Experience programs, they greet buses, they help out on really busy weekends during the Christmas season. They are just fantastic.”

“He is credited with conserving 35,000 acres during his 25-year tenure with the Forest Society,” said Cioe. “He was a presence in the conservation world, not only in our state, but across the country as well.”

In Howe’s memory, a stone bench will be installed at Pine Mountain, part of SPNHF’s Morse Preserve in Alton.

In Bethlehem, a 1.8-mile trail will be dedicated to Howe in the newly-preserved Ammonoosuc River Forest.

Howe, a resident of Gilmanton who died in January after an accident, brought to the Forest Society a dedication and passion for lands conservation, said Cioe.

“He was a voice for conservation in New Hampshire, in addition to the physical land he preserved,” she said. “His voice, not only in New Hampshire, but nationwide, inspired others to follow. He was always easy to talk with and was a kind person.”