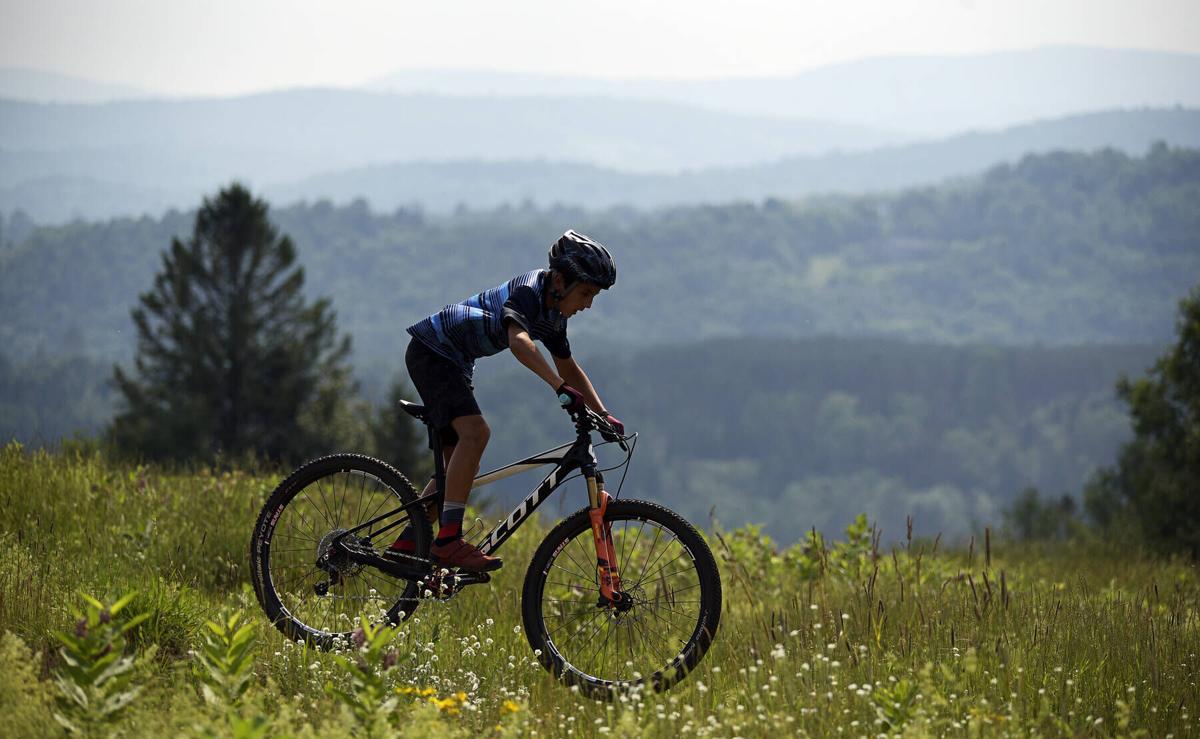 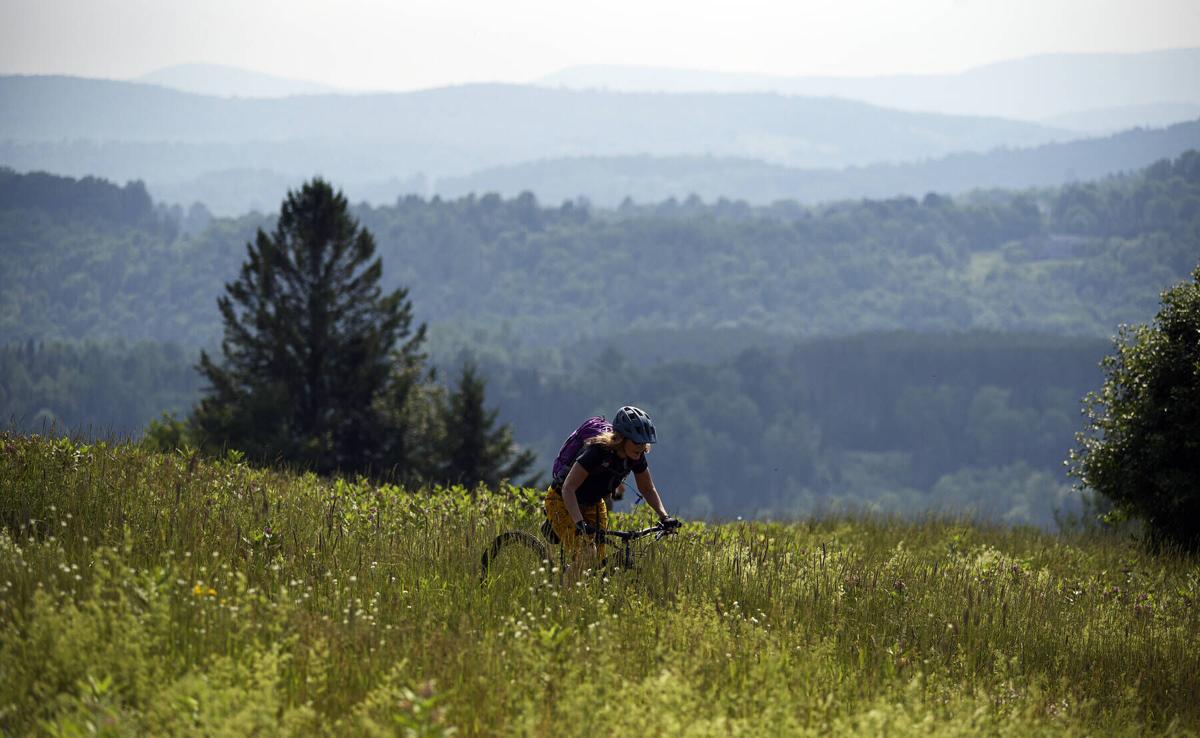 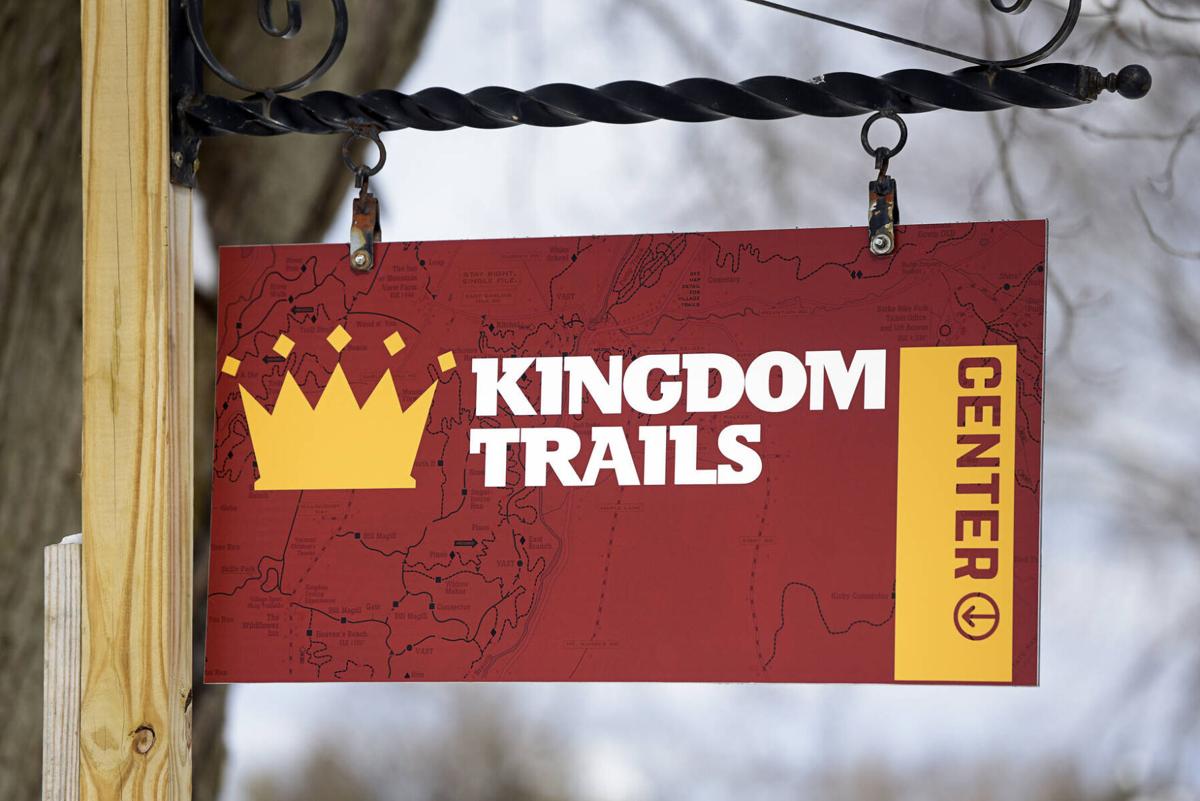 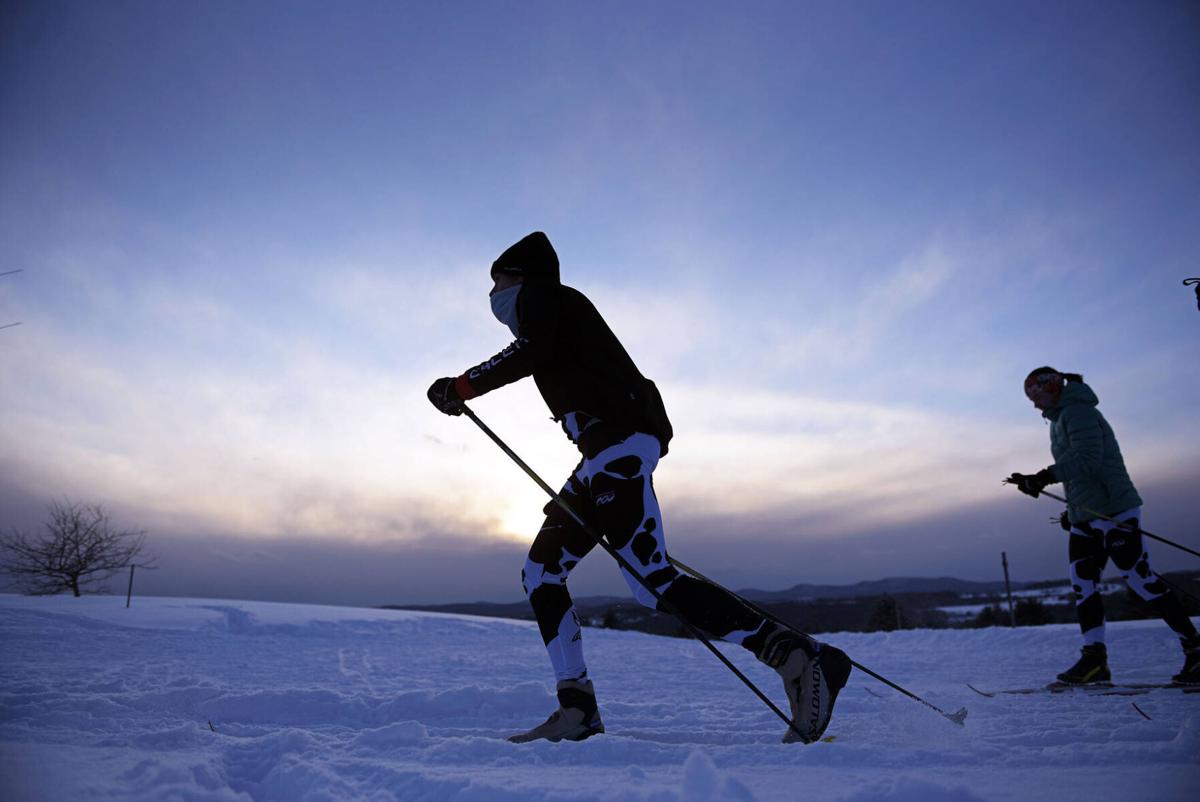 He stepped away from a corporate life of non-stop flights, hotel rooms, meetings and minimum 70-hour work weeks and took a break.

During that pause, while vacationing in a rustic cabin by Kingdom Trails, he had a revelation: Why not combine his business expertise with his love of the outdoors?

“It was in that moment I thought, ‘I’m as happy as I’ve ever been. I’m hanging out with my three boys and we don’t have any running water, there is no electricity and the mattress is ungodly uncomfortable. And all I want is to keep doing this,’” he said.

Now, he aims to make that dream a reality.

Through his company, Waypoint Development LLC of Pownal, Goodrich has submitted plans to develop a 64-acre property at 1165 Darling Hill Road.

The proposed $7.3 million project calls for 68 post-and-beam cabins, a pavilion, a recreation facility, and parking for up to 200 vehicles.

It would also be a jumping-off point for people to explore the Northeast Kingdom and North Country on their own. The site is in close proximity to various hiking, fishing, climbing, cycling, paddling and skiing venues.

“We’re trying to get people to enjoy the outdoors,” he said.

The project is significant.

Goodrich holds options on 380 acres total. That includes the 64-acre development site and another 300 acres that includes the Wildflower Inn, Heaven’s Bench, and a significant chunk of the Kingdom Trails network, including the pump track.

Beyond the resort, he wants to preserve the remainder of the property, in order to guarantee the long-term viability of Kingdom Trails. He aims to be a steward and advocate for the trail system.

“The idea is to maximize the trails, enhance the trails, and create synergy between the two properties. And to lock in the trail system in perpetuity, which is important,” he said.

Goodrich will seek town permits first, to better address local concerns. He said he has already met with abutters, and changed plans based on their feedback. He expressed a willingness to make additional changes, to avoid negative impacts on the surrounding area.

He said the cabins won’t be visible from Darling Hill Road and traffic will be routed along paved roads, both to minimize local impact.

The Development Review Board will hear a conditional use permit application on Thursday, Nov. 4.

“We have met with several of the neighbors. Some are in favor and some have identified concerns. And as we engage in the process of working through the permit locally in Lyndon, we look forward to hearing all sides, and engaging in thoughtful dialogue with everybody,” he said.

Goodrich graduated from Middlebury College in 1995 and worked for a time as a fishing and snowmobile guide and ski instructor in Alaska and Colorado.

He spent 15 years in the construction industry, where he was the public face for large commercial, residential and industrial projects across the country. It was a stressful occupation, and he turned to outdoor recreation for relief.

Wherever he traveled, he said, he would carve out time — whether it was a couple of hours or a whole day — to hike, bike, fish or ski.

Now 49, he wants to take lessons learned from his professional experience and match them with his passion for the outdoors.

“I hatched this plan to create this hospitality offering that catered to outdoor recreation and the enthusiasts that are looking for a place to stay,” he said.

This will be his second attempt.

A previous proposal for a 48-site campground in North Adams, Mass., was permitted in 2019. It would have featured canvas tents on wooden platforms with full amenities. However, project investment fell through due to the COVID-19 pandemic and the project was sold to another developer.

The Lyndon plan was set in motion six months ago, and Goodrich said the investor backing was solid.

He has a long connection to the region. His extended family owned a generational camp on Caspian Lake in Greensboro and he spent his youth fishing across the Northeast Kingdom and began riding Kingdom Trails in 2013. He wants to build something that will complement, and benefit, the greater community.

“Our goal is to put together a successful program that really helps the local economy,” he said.

Plans call for a year-round facility. Goodrich calls it a “campground-slash-resort.” It would run at full strength during cycling season, with approximately 5 to 15 employees from May through September, with scaled back operations during the transitional and Nordic ski seasons, with 1 to 5 employees from October to April.

The resort would use well water and a septic system. It would construct an 8-bathroom bathhouse to serve the event/wedding venue, and additional restrooms in the existing “cow barn” building. All cabins would have bathrooms and electrical service.

There would be two parking lots. One with 100 spaces to serve the pavilion and another with 100 spaces, which would be open to the public and provide access to the west end of Kingdom Trails.

The existing pavilion would serve as a wedding and event space and an existing shed would be converted into a beer garden.

The resort would offer rental equipment for various outdoor activities, such as mountain biking, camping, fly fishing and skiing. It would also offer guided fly fishing, mountain biking, hiking and natural history trip. There will be golf cart rentals for guests to move about campus.

Goodrich suggested it could host events, such as a women’s triathlete clinic run by elite athletes.

“That’s a specific example of what we are trying to do,” he said.

He understands the community might raise their eyebrows at the size and scope of the project. He looks forward to hearing concerns, answering questions, and creating something Lyndon can get behind, he said.

“Long story short, we are going to work hard to listen to everybody and be good neighbors, the best we know how,” he said.

“Long story short, we are going to work hard to listen to everybody and be good neighbors, the best we know how”

LYNDON — A proposed 64-acre resort on Darling Hill Road faced vocal opposition at a Development Review Board hearing on Thursday.