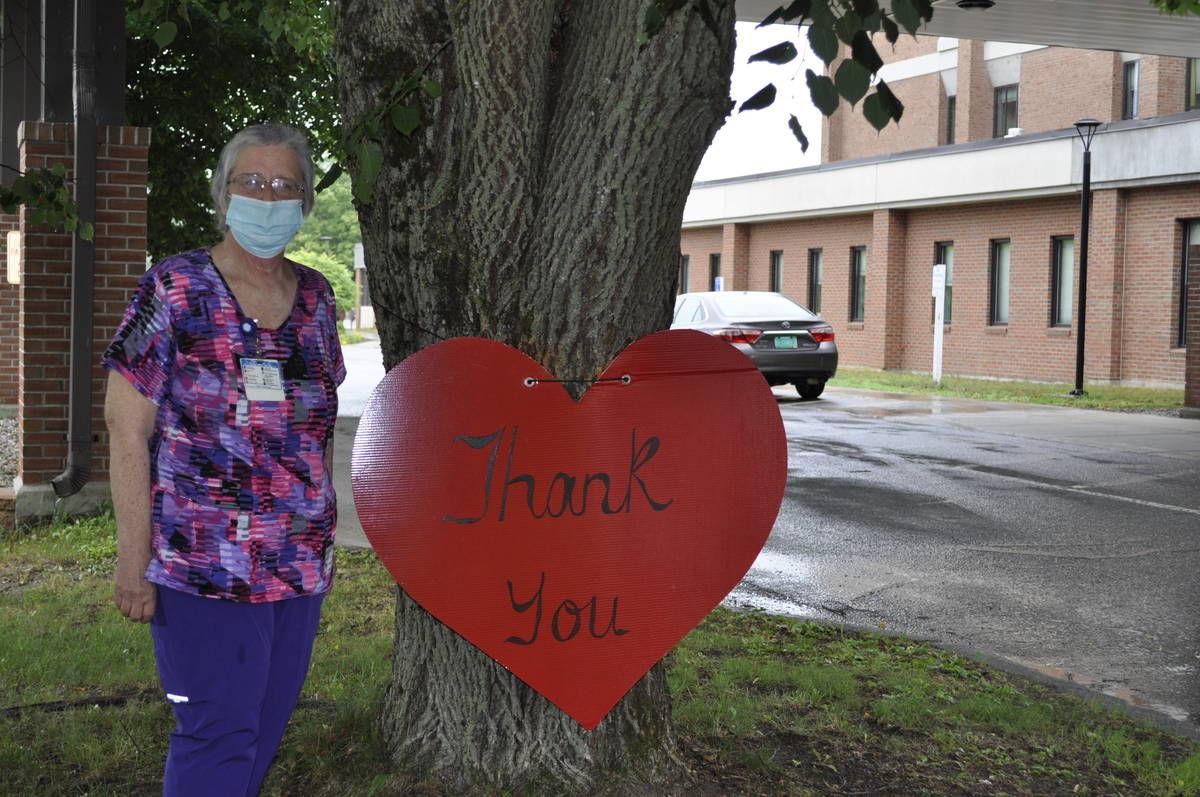 Elaine Jewell, RN, outside NVRH on Monday, her last day on the job after 50 years. (Photo by Amy Ash Nixon) 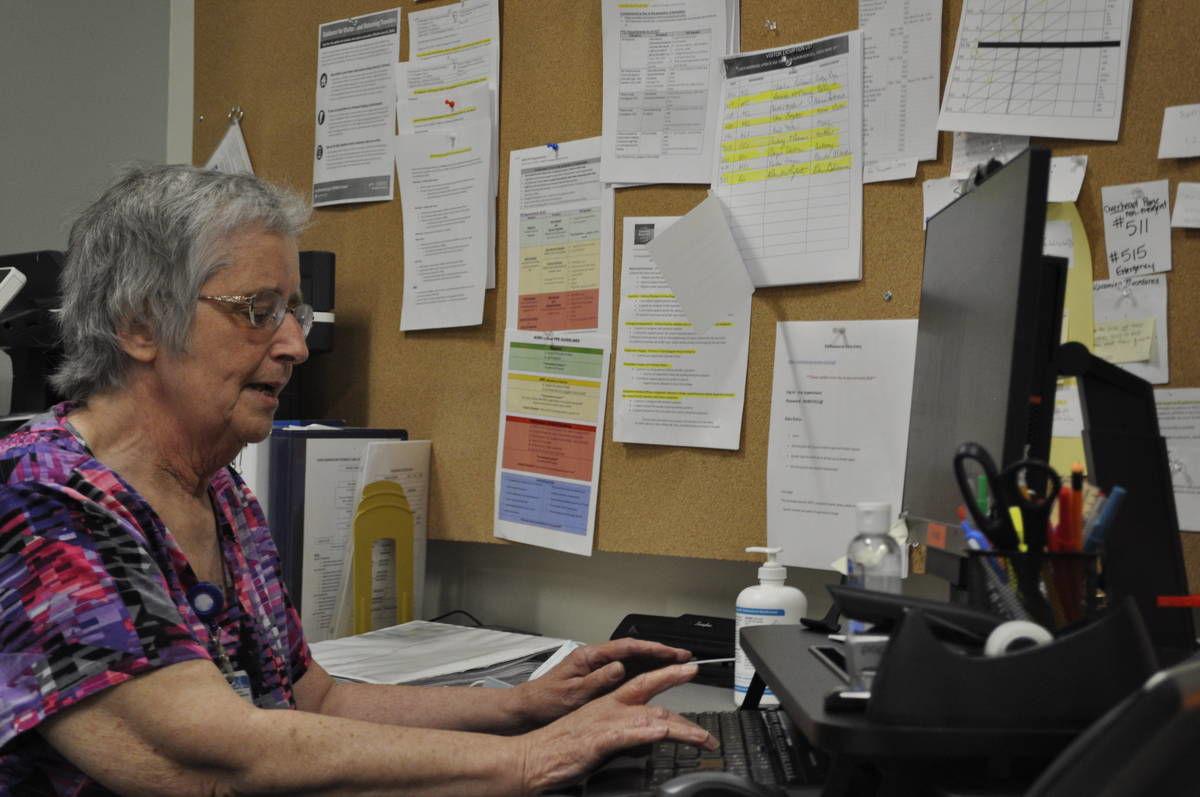 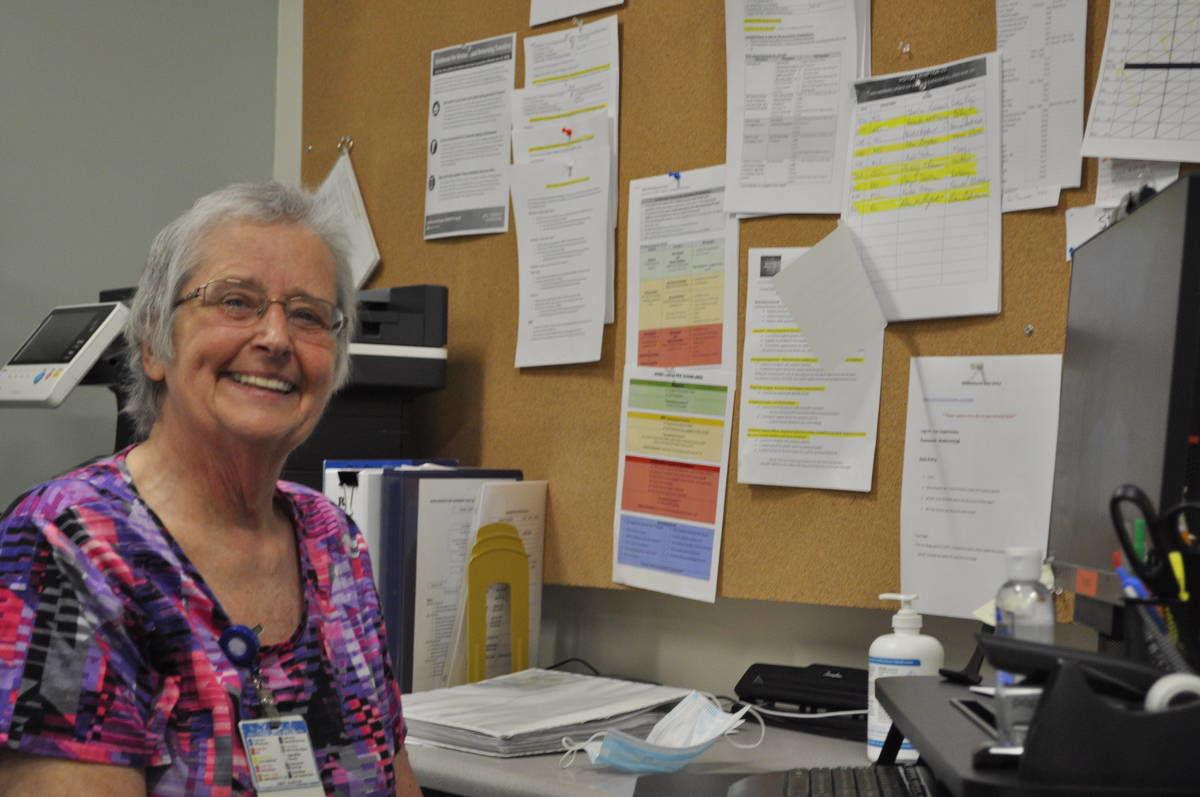 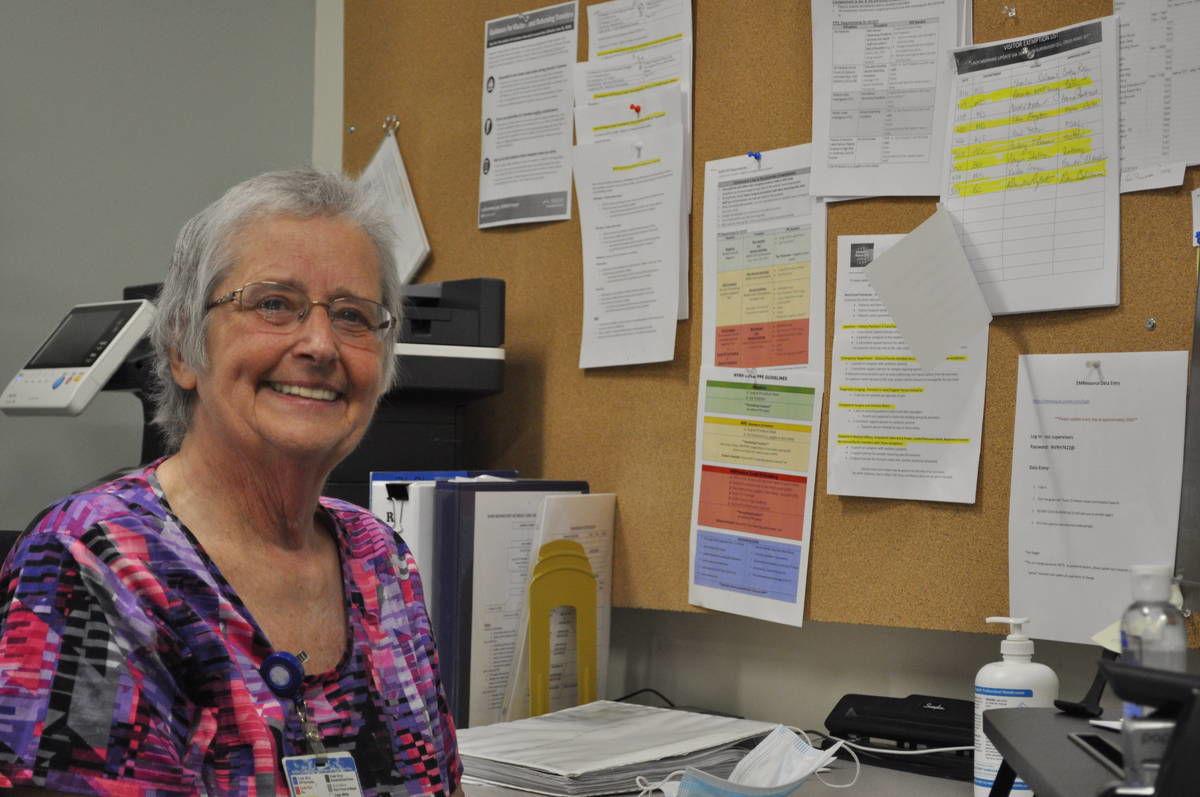 Elaine Jewell, RN, outside NVRH on Monday, her last day on the job after 50 years. (Photo by Amy Ash Nixon)

ST. JOHNSBURY — Elaine Jewell stepped through the sliding glass doors of the main entrance at Northeastern Vermont Regional Hospital (NVRH) on Monday morning, and a patient coming in, masked and waiting on the 6-foot social distancing marker before having his temperature taken, asked her, “Didn’t you retire?”

Retiring at the end of her final 12-hour shift on Monday evening as the nursing supervisor seated in an office just past the reception desk, Jewell was a mix of gratitude and tears, sharing reflections from her long career as an RN in St. Johnsbury.

She was born and raised on a farm in Sheffield, and returned there after earning her Associates Degree in nursing at Castleton College and marrying her husband Edward. The couple celebrated their 50th (Golden) anniversary on June 13th.

Jewell and her husband have eight grandchildren, and recently welcomed their first great-grandchild.

“The reason I chose today is because I began on June 29, 1970,” said Jewell, her eyes already getting teary. Her nursing career pre-dates the existence of NVRH, which was being planned and built during her first two years as a young nurse.

Jewell said she has been in good health, with one cancer scare behind her, and she kept working past retirement age. Her longtime co-worker and fellow nurse Jan Oliver one day announced she wanted to hit 50 years on the job, and Jewell said she made that her goal in that instant, too.

Oliver said she and Jewell have worked together for 45 years, she said. “I was hired to fill in for Elaine when her last child was born.”

“Elaine has mentored many nurses because she’s been there for so long, and she also was a nursing instructor. She always did the work at hand and she was always calm, she would always pitch in, I have never heard her say a bad thing about anyone,” said Oliver. She said she has been versatile in her career, working in many departments and always displaying a high level of compassion and professionalism.

Oliver said she will miss Jewell, but said, “I’m very happy for her.”

“I’ve never heard anybody who didn’t like Elaine. She is quiet and just works … she’s such a diligent and wonderful nurse, she will be missed,” said Oliver.

Jewell began at Brightlook Hospital, on the night shift, where everyone started out, said Jewell, a blue surgical mask on, and hand sanitizer nearby. She’s leaving her career mid-pandemic, but has continued to come in, and serve the community hospital as an essential worker.

Hearts line the campus of NVRH, put up by volunteers in St. Johnsbury who bought the decorations for Valentine’s Day but gave them an even higher calling to thank essential workers during the pandemic, adorning the hospital with visible community thanks.

At the start of the interview, the phone in the nursing supervisor’s office rang.

“Hello sunshine!” a woman on the other end of the line could be heard saying.

Jewell smiled and took care of what a patient needed, and thanked the staff member who was already on it.

Kathi Stewart of Lyndonville, who nominated Jewell’s retirement story for a feature for the newspaper, said in an email, “She is a wonderful nurse, very competent in her job and such a caring person.”

Looking back on a half-century career of caring, the memories flood back altogether and it’s not easy to pull out single moments she hopes to never forget.

“It just all kind of flows together … It’s all good!” said Jewell with a warm smile.

She didn’t set out at first to become a nurse.

Her friend’s mom was a teacher, and Jewell thought she’d like to become a teacher. She started out on that track at Lyndon State College.

But a summer in Tennessee with her sister changed that.

Jewell worked a summer at the same hospital where her sister was a nurse, and found the work as a a nursing assistant rewarding.

She re-thought her career plans, and took her freshman year credits to Castleton College, where she completed her Associates Degree in nursing.

She applied to Brightlook (now NVRH) and North County, which were the two nearest hospitals to her hometown of Sheffield.

Jewell remembered catching a ride with a neighbor who worked in Montpelier for her two days of nursing board exams, June 25 and 26, 1970. Her dad had arranged for a ride for her, she said, and was very protective. She passed the exam and reported to work June 29 that year.

The first shift on her own, only her second night on the job, was scary, she said, saying today nurses get a 6-week orientation.

Serving her community’s hospital - people she has known all her life - is an honor, explained Jewell.

Jewell went back to Lyndon State, where she completed her Bachelors Degree, then earned her Masters through the University of Vermont.

Through the years she’s worked on the medical-surgical floor, the intensive care unit, and in pediatrics. She has loved each specialty.

Working in a small, rural hospital, she said, you get a chance to learn so much because “you can learn and do everything!”

NVRH has been a supportive learning community, and she said her co-workers are what she’ll miss the most. “I’ve just loved the staff,” she said.

Years back, a nurse who was also a nun in St. Johnsbury, used to invite staff to her apartment after the midnight Mass at church on Christmas Eve for a little holiday party in the wee hours of the morning. Everyone would bring something to share, and they did that for a handful of years, recalled Jewell.

She taught through the Fanny Allen/UVM Health Network external program for a year through a workforce re-training program after the St. Johnsbury Trucking Co. closed down and some displaced workers were trained for health care positions.

Jewell also worked part-time as the school nurse at Miller’s Run School in Sheffield, when her kids were growing up.

All the while, even with other part-time teaching and nursing, she always remained working at the hospital in St. Johnsbury. A few times, she put feelers for other jobs, but “It wasn’t meant to be,” she said.

Jewell said she will probably be back to help somehow. For now, she’s looking forward to catching up on “all the things that have been neglected for the past 50 years,” and is hoping post pandemic for a trip to Alaska with her husband.

During her five decades on the job, Jewell began full-time, then worked part-time for a number of years, and she’s finishing up working full-time again, having been on three, 12-hour shifts as nursing supervisor.

Carol Hodges, RN, a longtime colleague of Jewell’s, said on Monday, “Elaine has been an invaluable asset to the hospital. I wish her well on her retirement, because it’s very well-deserved.”

“It’s so nice and small here, everyone supports each other,” said Jewell. “It’s a privilege to take care of your community, people you have known for a long time, people you went to high school with sometimes … It really has been a privilege.”

Elaine seemed to always take time for a quick chat, so calm and encouraging. Sweet spirit! Abundant blessings enjoy time with your family and trip to Alaska. AFA, 💕Jean🌻🌹🦋